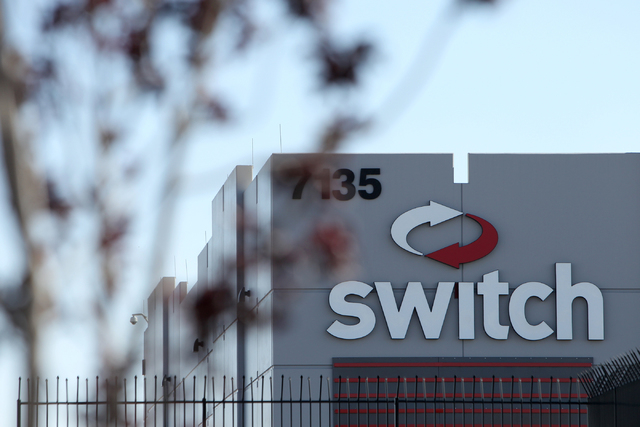 CARSON CITY — The Nevada Public Utilities Commission voted 2-1 on Wednesday to reject an application by the data storage company Switch to leave as a customer of Nevada Power Co. and purchase its own energy supply on the wholesale market while a Las Vegas casino executive used the meeting to criticize the utility parent for profiting from Nevada customers and returning the profits to Berkshire Hathaway’s home office.

The order approved on Wednesday would allow Switch to reapply, at which time the company, the PUC and other interested parties could fully address how the long-term obligations could be captured in an ongoing charge should a one-time, time-based impact fee again fail to address the commission’s concerns that remaining Nevada Power customers will be burdened with the unrecovered costs associated with the company’s exit.

Chairwoman Alaina Burtenshaw said the order will allow for a more sustainable way to ensure that a company’s exit costs are fully captured and so not harm remaining utility customers. The process needs to be fair both for those companies seeking to exit and for those customers staying on the system, she said. The order provides a path forward for Switch, Burtenshaw said.

Commissioner Rebecca Wagner had recommended that the commission approve the staff recommendation to let Switch exit with a $27 million fee. Switch has asked to pay only an $18.5 million fee. She concurred in part, dissented in part on the order and cast the lone dissenting tally in the 2-1 vote.

Commissioner David Noble said he did not have enough information to know if the $27 million fee was appropriate.

Commissioners unanimously indicated they would move quickly to determine how best to allow companies to exit the utility.

“We are very pleased with the order,” he said. “The commission has given the right priorities to protect remaining customers.”

A fast-tracked workshop to clarify an exit policy that would be more equitable for remaining customers makes sense, Jacobsen said.

The decision has implications for several large gaming companies that also want to exit Nevada Power, part of NV Energy, to purchase cheaper power on the wholesale market. The applications by Wynn Las Vegas, MGM Resorts International, Caesars and the Las Vegas Sands Corp., are pending with state regulators.

The four gaming companies consume about 370 megawatts of electricity at the time of year that Nevada’s Power electricity demand is at its highest level, known technically as “coincident peak.” This peak level is important for the utility because it has to plan for the amount of electricity needed at peak demand.

In public testimony before the vote, Matt Maddox, president of Wynn Resorts, criticized NV Energy for reaping huge profits from Nevada customers and taking the profits back to parent company Berkshire Hathaway’s home office in Omaha, Neb. The utility company had a 27.7 percent increase in operating profit from 2013 to 2014 and yet there have been no breaks on electricity rates to customers, he said.

Former state Sen. Randolph Townsend, who helmed the Senate Commerce and Labor Committee for many years before being termed out of office, had harsh words of his own aimed at Senate Bill 123 of the 2013 session. The legislation required NV Energy to abandon its lower-cost coal-fired electricity capacity at the Reid Gardner plant in Moapa for more costly alternative energy resources.

He called passage of the measure “one of the great highway robberies” that has come through the state. The mandate in the legislation “eviscerated” utility planning and mandated closing the lowest-cost option for utility customers, Townsend said.

PUC staff have estimated the cost of remediating the Reid Gardner plant at $100 million, a cost which will be borne by ratepayers.

Three of the units were closed in December of 2014. The fourth and final coal-fired unit is scheduled to close in 2017. Nevada Power plans to end its ownership interest in the Navajo Generating Station near Page, Ariz., by 2019, completely eliminating any generation from coal.