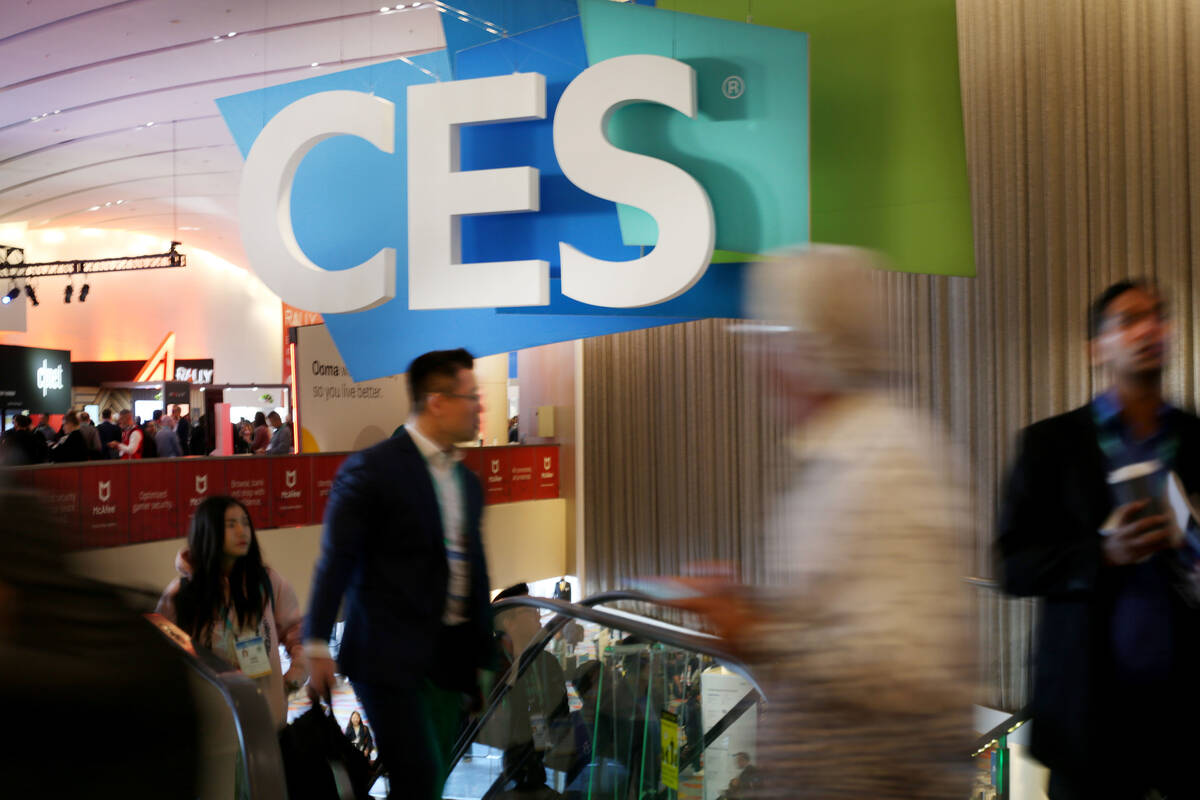 More major technology companies are backing out of in-person attendance at next month’s CES because of the rapid spread of the omicron variant of COVID-19.

Multiple sources reported Thursday that Google, General Motors, Waymo, Lenovo Group and AT&T have joined the list of companies that aren’t planning to bring large contingents of employees to the Las Vegas convention.

On Tuesday and Wednesday, T-Mobile, Amazon, Twitter, Meta (formerly known as Facebook) and others announced plans to scale back or outright cancel their planned in-person attendance at the annual consumer electronics trade show put on by the Consumer Technology Association.

The convention, normally one of the largest in the United States, already was projected to have reduced attendance in its 2022 return because of COVID fears. But the decisions of large technology employers to opt for virtual participation will further reduce the show’s economic impact on Southern Nevada.

In announcing Google’s pull-out, a spokesman’s statement read, “After careful consideration, we have decided to withhold from having a presence on the show floor of CES 2022. We’ve been closely monitoring the development of the omicron variant, and have decided that this is the best choice for the health and safety of our teams.”

The statement said Google will continue to collaborate closely with CTA and Google partners “to identify and support virtual opportunities, and we look forward to sharing the latest Google innovations with you all.”

General Motors usually presents car technology at the annual show. GM CEO Mary Barra had been scheduled to deliver a keynote speech on Jan. 5, during which she was expected to have shown the company’s electric Silverado truck for the first time. Barra is expected to make the speech over the internet, a company spokesperson said in a statement.

“We have decided to move to an all-digital approach with our activation at CES 2022 in January.

“The health and safety of our employees and customers is a top priority, so we have decided to forego in-person participation at CES 2022,” the statement said.

The association has given no indication it plans to cancel the show.

“CES 2022 will be in person on Jan. 5-8 in Las Vegas with strong safety measures in place, and our digital access is also available for people that don’t wish to, or can’t travel to Las Vegas,” CES spokesperson Katie Castillo said in a statement. “Our mission remains to convene the industry and give those who cannot attend in person the ability to experience the magic of CES digitally.”

The association early on announced attendees of the show would be required to prove they had been vaccinated as a condition of entry. Earlier this month, the association said it would offer self-test kits that attendees could use in their hotel rooms before they arrived on the trade-show floor.

Despite the cancellations, Castillo said the exhibitor count is even higher than before.

“Given CES’ comprehensive health measures — vaccination requirement, masking and availability of COVID-19 tests — coupled with lower attendance and social distancing measures, we are confident that attendees and exhibitors can have a socially distanced but worthwhile and productive event in Las Vegas, as well as a rewarding experience on our digital access,” Castillo said.

Lori Kraft, a spokeswoman for the Las Vegas Convention and Visitors Authority, said the organization is appreciative of the CTA’s efforts.

“We appreciate how proactive CTA has been to provide the safest and healthiest environment for its attendees and exhibitors,” Kraft said. “We respect it’s a personal decision to travel or attend events in person, however, CTA has done a terrific job of implementing additional layers of health and safety measures ensuring CES will be a fully vaccinated show and providing complimentary COVID testing kits for their exhibitors and attendees.”

In a blog post Tuesday, T-Mobile said that it would still serve as a sponsor for the event but that the “vast majority” of its team would not be traveling to Las Vegas.

“After careful consideration and discussion, T-Mobile has made the difficult decision to significantly limit our in-person participation at this year’s Consumer Electronics Show.”