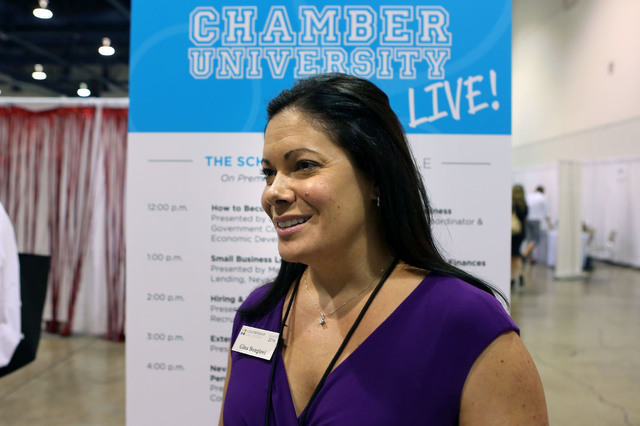 The Labor Department estimates 31,000 Nevada workers will be affected by changes to the federal overtime law that takes effect Dec. 1.

How those workers will be affected is up for debate. For some businesses, the new law is another costly federal regulation with which to comply. For others, it’s an opportunity to pay it forward.

There are no local business survey data on attitudes toward the law, but Gina Bongiovi, a Las Vegas corporate attorney, says “we’re probably about 50-50,” based on conversations with clients.

Under the new overtime rules, managers and other white-collar workers earning less than $47,476 annually instead of the current threshold of $23,000 annually will have a right to time-and-a-half overtime pay. The Labor Department will automatically update the salary threshold every three years, based on economic indicators from the Southeast, which is the lowest-paying region in the country.

Although the White House and Labor Department tout the new rules as a step toward decreasing national income inequality, chambers of commerce across the country, including the Las Vegas Metro Chamber of Commerce, are bracing for a major disruption.

“The Metro Chamber is concerned that these administrative changes may hinder job creation and economic growth in Nevada,” spokeswoman Clara Clarke said in a monthly chamber magazine article.

The chamber, which opposes the new rules, has urged its members to contact congressional representatives in hope of preventing the rules from being enforced.

But local business owners are far from a consensus on the topic.

Jeff Grace, CEO of Las Vegas-based information technology service company NetEffect, said he estimates he has three employees who are below the Labor Department’s new threshold.

“I believe the plan is to increase their compensation and make them salaried. It’s just going to cost us more money,” Grace said, adding that he sees no upside to the new rules.

“My attitude toward issues like this is while we don’t like it, it applies to everybody … If I have to abide by it, then my competitor has to abide by it,” he said.

Meanwhile, Troy Wilkinson, founder and CEO of Las Vegas-based Axiom Cyber Solutions, said the law will affect 10 of his 18 employees. He said he will dole out time-and-a-half overtime pay rather than raise compensation.

“It will have an impact, but I think it’s fair,” Wilkinson said. “Before, if you were a salaried employee making less than the threshold, you could be working 80 hours a week and not get compensated for it.

I fell into that category myself at two jobs before this one, so I think it’s a great law.”

Although paying overtime will have a significant cost, he said would help create a work-life balance within his company, which would mean happier employees.

Although Grace and Wilkinson, both in the technology sector, said the overtime changes will not affect hiring, other sectors will be affected differently.

Jason Bruckman, regional vice president of Eastridge Workforce Solutions, said the law is a mixed bag. Eastridge provides recruitment and other services to U.S. businesses representing a variety of sectors, such as health care, manufacturing, construction and finance.

“I don’t think it’s going to affect larger businesses as much, but it will be up to small businesses on how to cope,” Bruckman said.

He predicts a number of small businesses might even lower the hourly wage to keep qualified employees at the same yearly number after overtime pay.

Eastridge has 34 employees in Las Vegas, and 300 nationally, Bruckman said. Five or six local employees will be affected by the changes and 30 to 45 employees nationally.

It’s too early to tell how Eastridge will cope with the overtime changes, but the company’s hiring practices will change, he said.

“It will impact where we start people — whether we do an hourly or salary (starting position),” he said.

The overtime rules won’t freeze his company’s hiring in Las Vegas, though, since he said the local market is moving “too fast” amid a falling unemployment rate as the local economy rebounds from the Great Recession.

If a major “disruptive” federal change is inevitable, then “this is the time to do it,” Bruckman said.

Businesses are still learning about the changes and gathering information, but Bongiovi said clients are frustrated.

“I just (made a presentation) to a group of contractors and they’re all sort of panicked about it because they’re trying to keep up and make all those changes now, or be prepared for them when they actually come into effect,” she said.