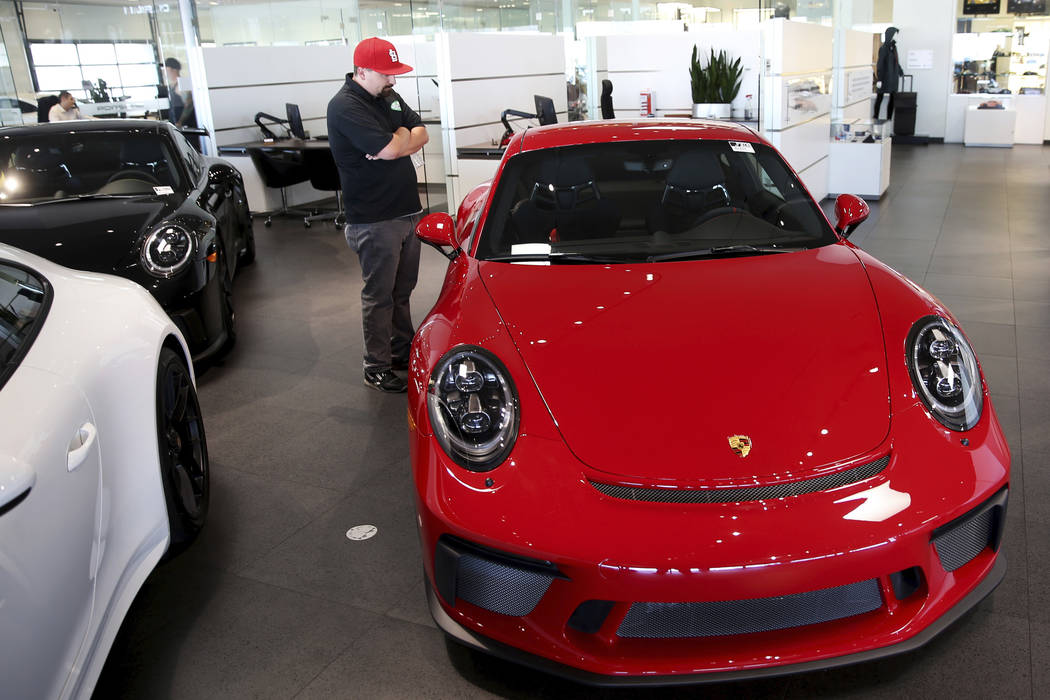 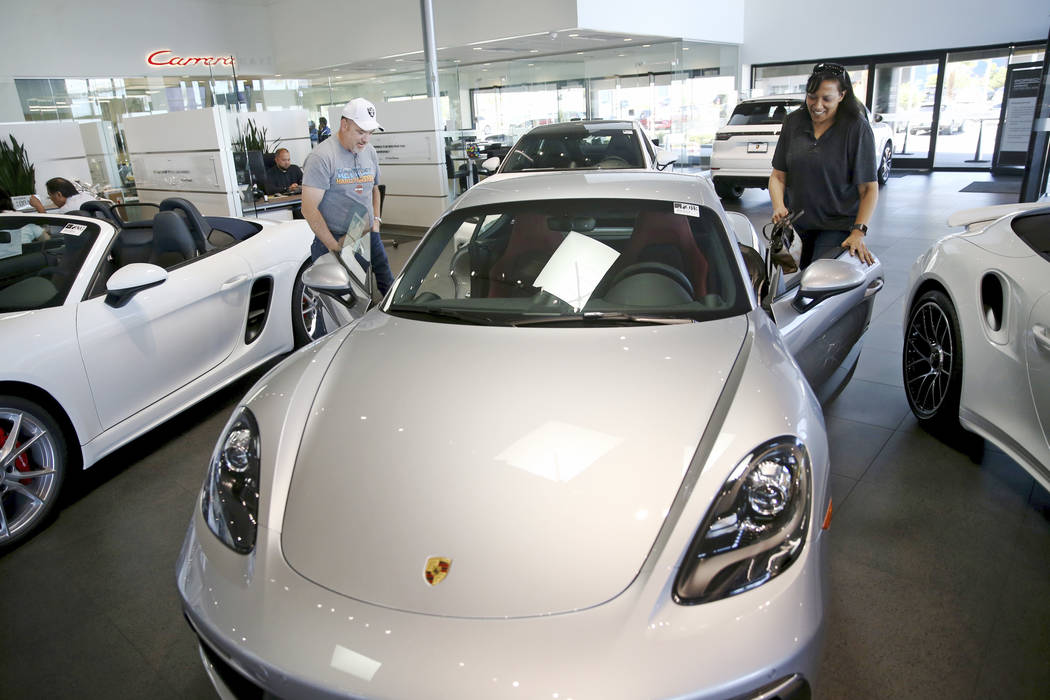 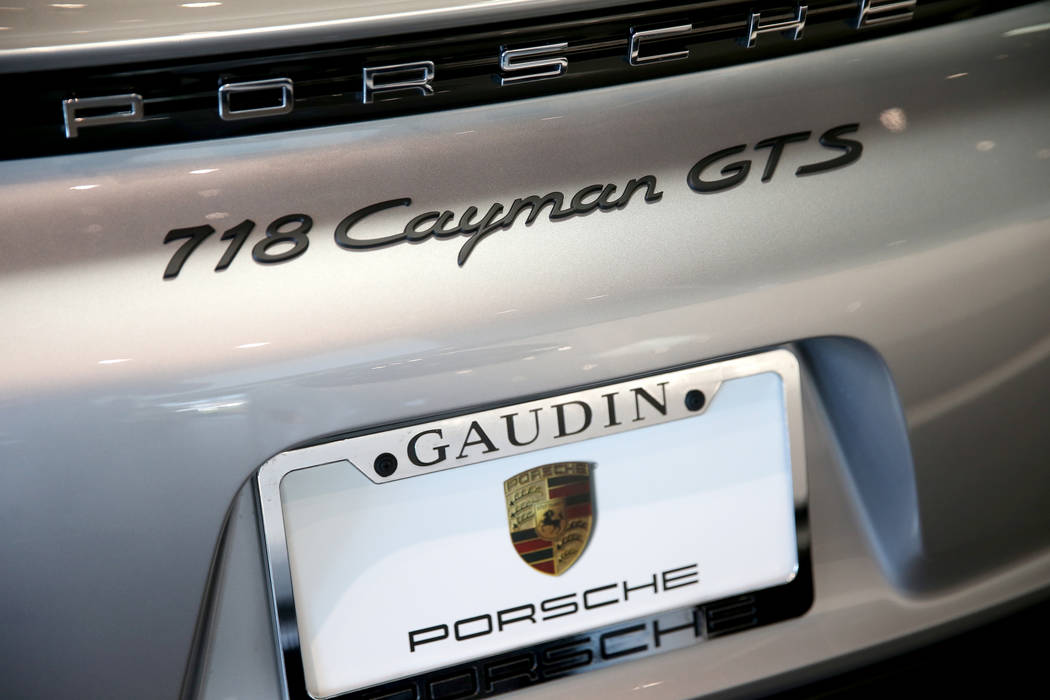 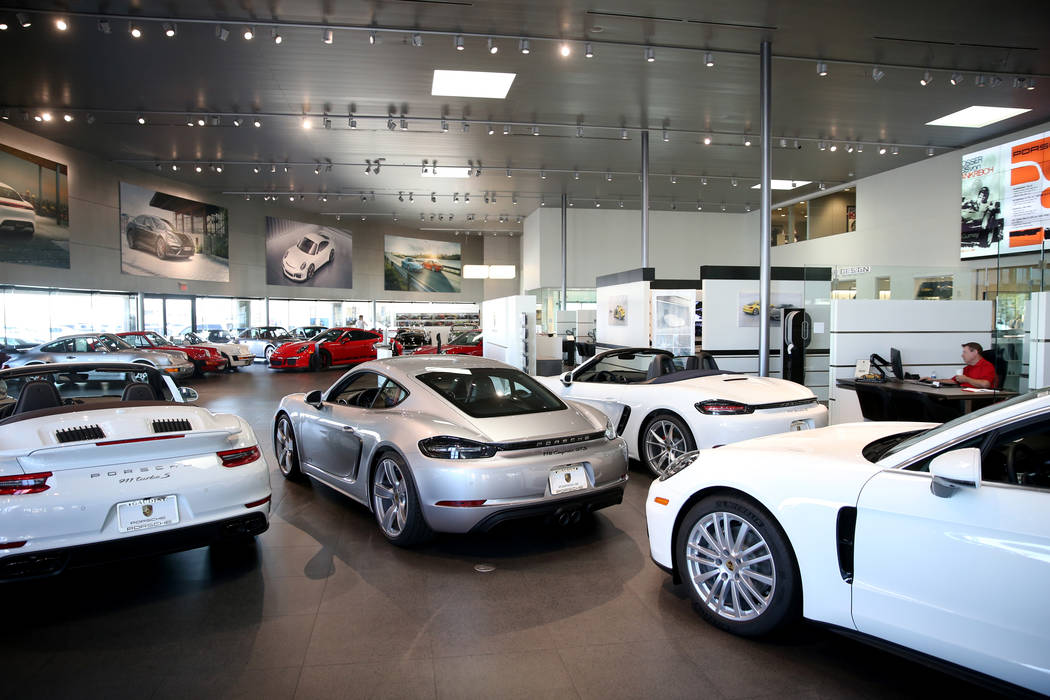 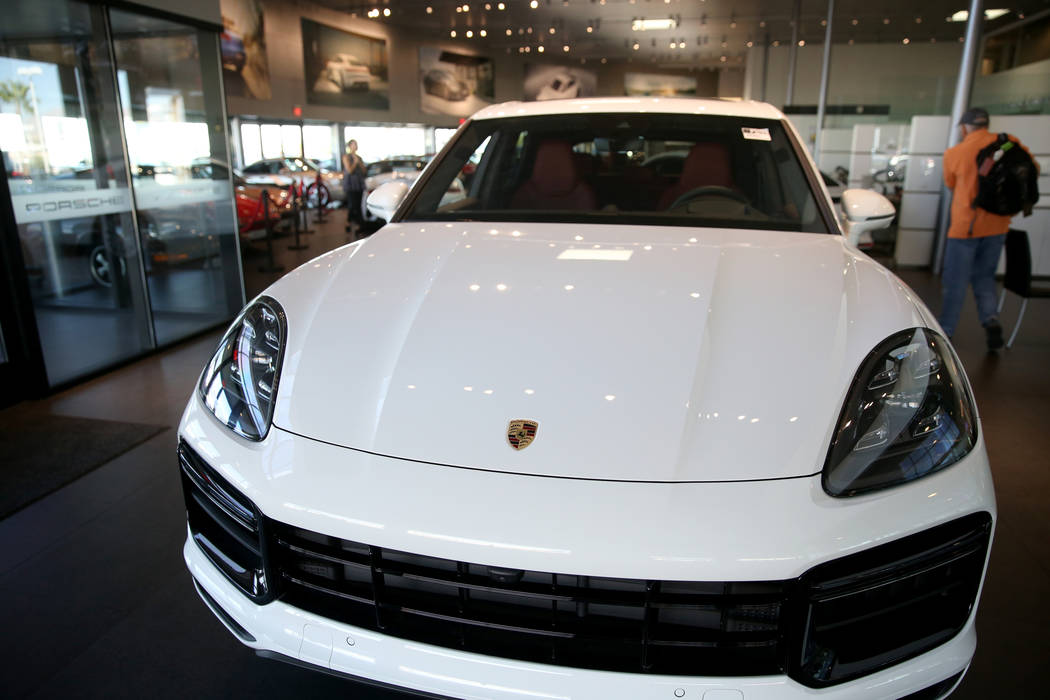 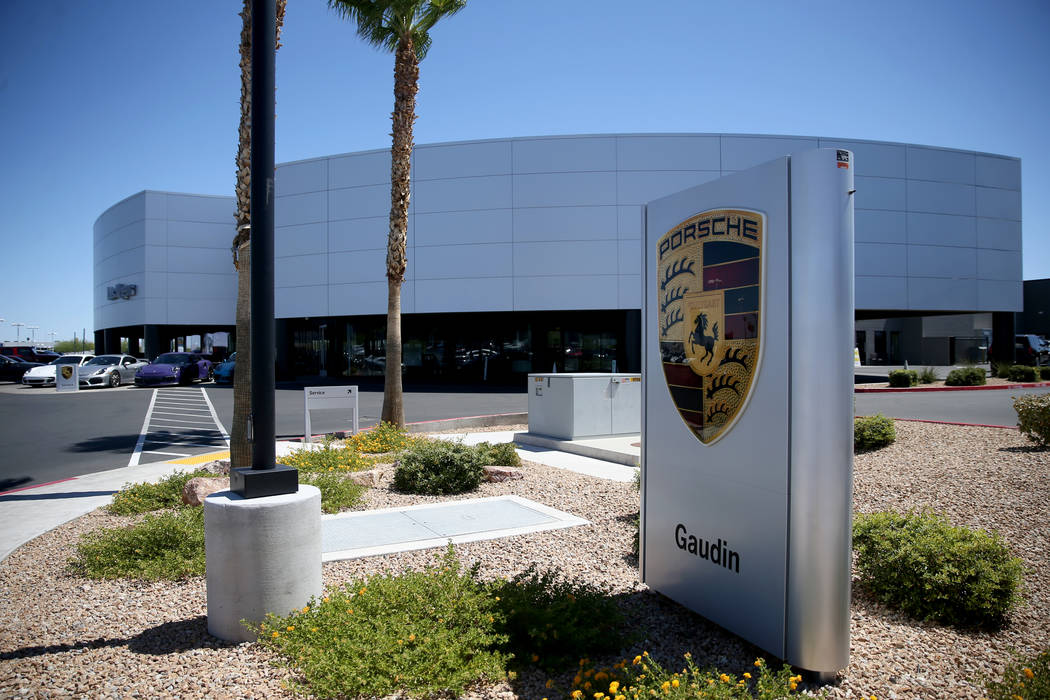 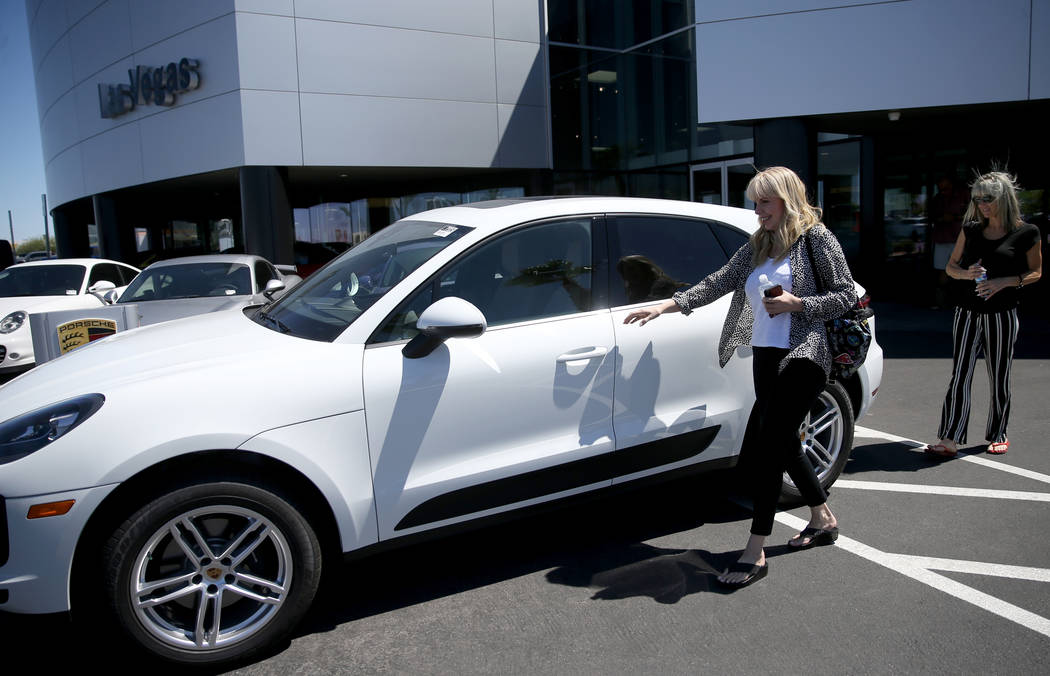 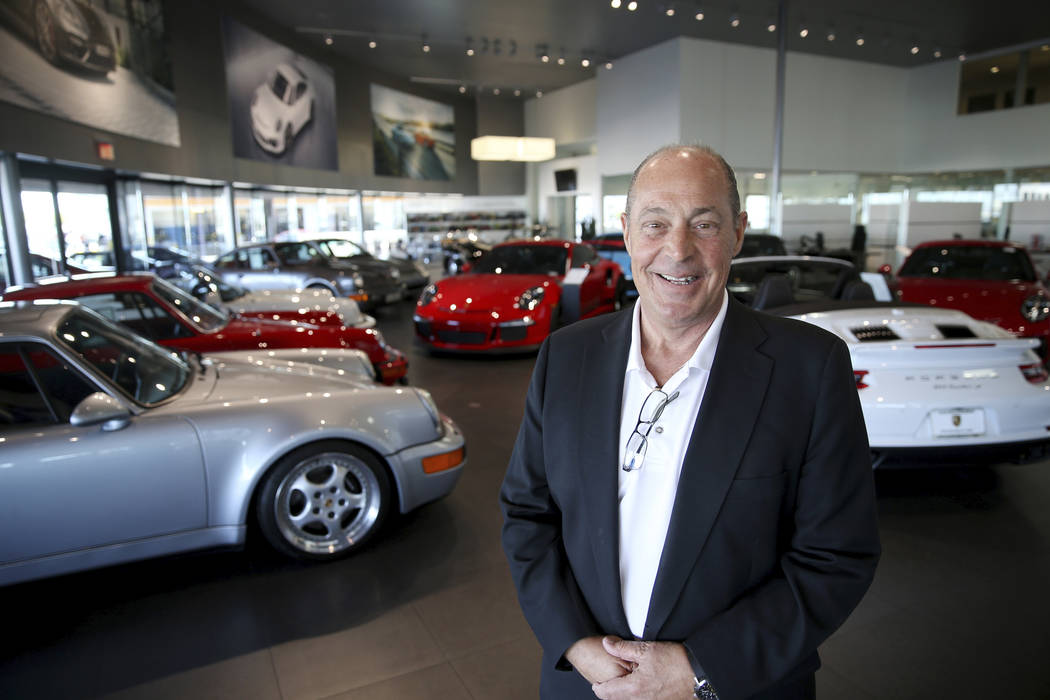 Ever wish you could zip around Las Vegas in a Porsche 911 Carrera on the weekend and then head to work Monday in a Cayenne SUV?

Porsche, the luxury brand of German automaker Volkswagen AG, is offering its car subscription program to residents in Las Vegas as well as San Diego, Phoenix and Toronto. Until this week, the nearly 2-year-old pilot program was only available in Atlanta.

The app-based service called Porsche Passport gives customers a chance to drive up to 20 models for a monthly fee of $2,100 for eight model variants or $3,100 for an additional 12 higher-performing models. There’s also a four-hour minimum daily option for $269, as well as additional weekly options as high as $2,909.

“In our first year and a half, more than 80 percent of Passport members in the Atlanta pilot were not previous Porsche owners,” Zellmer said in a release announcing the move.

Car subscription programs are the latest push by automakers to turn foot traffic into sales with a business model — made popular by companies such as Fab Fit Fun, Box of Style by Rachel Zoe and Blue Apron — that appeal to commitment-shy consumers.

Historically, U.S. new vehicle sales were hitting record highs, moving more than 17 million units since 2015, but this year analysts predict sales to fall to about 16.9 million, signaling a cool down.

Offering an all-inclusive monthly car subscription seems appealing, but automakers have yet to prove the programs are driving a profit.

General Motors’ Cadillac brand ended its subscription program after a year while Volvo’s Care by Volvo program has faced some regulatory hurdles and dealer pushback, particularly in California.

“I haven’t seen the numbers yet (but) everyone is asking the same question, and we’re all getting the same answer, which is no answer,” said Ivan Drury, senior manager of automotive insights at Edmunds. “Most programs are probably not nearly as successful as the initial hopes were. When you hear about a program like this your ears perk up, eyes open wide, then you tell them the cost and they’re floored.”

Gaudin Porsche of Las Vegas, on Rainbow Boulevard near the 215 Beltway, handles the program in Las Vegas.

As part of the deal, Gaudin Porsche will lease the program’s vehicles from Porsche. After a year the dealership can either purchase the cars to resell to potential shoppers or hand the keys back to Porsche, which then auctions off the vehicles to other Porsche dealerships.

General Manager Jim Mooradian said his immediate concern is less about the numbers and more about the opportunity to expose the brand to car buyers.

“Look, as a general manager who’s hired to watch the operation expenses and generate a profit I’m always looking at it as a marketing tool to help me sell more cars,” Mooradian said.

He said the program also gives Porsche drivers a chance to essentially rent a car if they are in between leases or waiting on a vehicle order.

Potential members must register on the Porsche Passport app and pay a one-time activation fee of $595. The monthly subscription fee includes insurance and maintenance costs. Members choose their model through the mobile app and can have the vehicle delivered to the location of their choice or pick it up from Gaudin Porsche.

The monthly fee may seem high, but Mooradian said its clients’ monthly payments average $1,300 to $1,400 a month so “$2,000 is not a huge stretch when you factor in the savings from insurance and registration, which in this state is almost 2 percent of the value of the car.”

Car subscription programs typically offer two tiers of membership, allowing access to pricier models in their lineups. Most programs start at about $1,000 per month and includes insurance, maintenance and roadside assistance.

BMW’s pilot program, which is running in Nashville, costs $1,399 per month with the upgraded tier costing $2,699 a month.

Mercedes-Benz charges its members $1,595 for access to models such as its E400 wagon and C43 AMG or $2,995 to hop into its G550 SUV or C63 S sedan. Its program is only available in Nashville, Philadelphia and Atlanta.

Swedish automaker Volvo’s program is available in every state except New York and requires a two-year agreement with payments starting at $600. This week it announced it would be expanding its offerings from two models to a total of five.

Drury said noted car subscription programs have yet to take off and said it’s likely to be more successful among luxury automakers.

“If Ferrari had a program like this clearly, yes, it would be successful, but, again, even Cadillac couldn’t make the business case and BMW and Mercedes are not expanding their program,” he said. “I have yet to see any announcements on success metrics but really the only one that it has worked for is Porsche.”