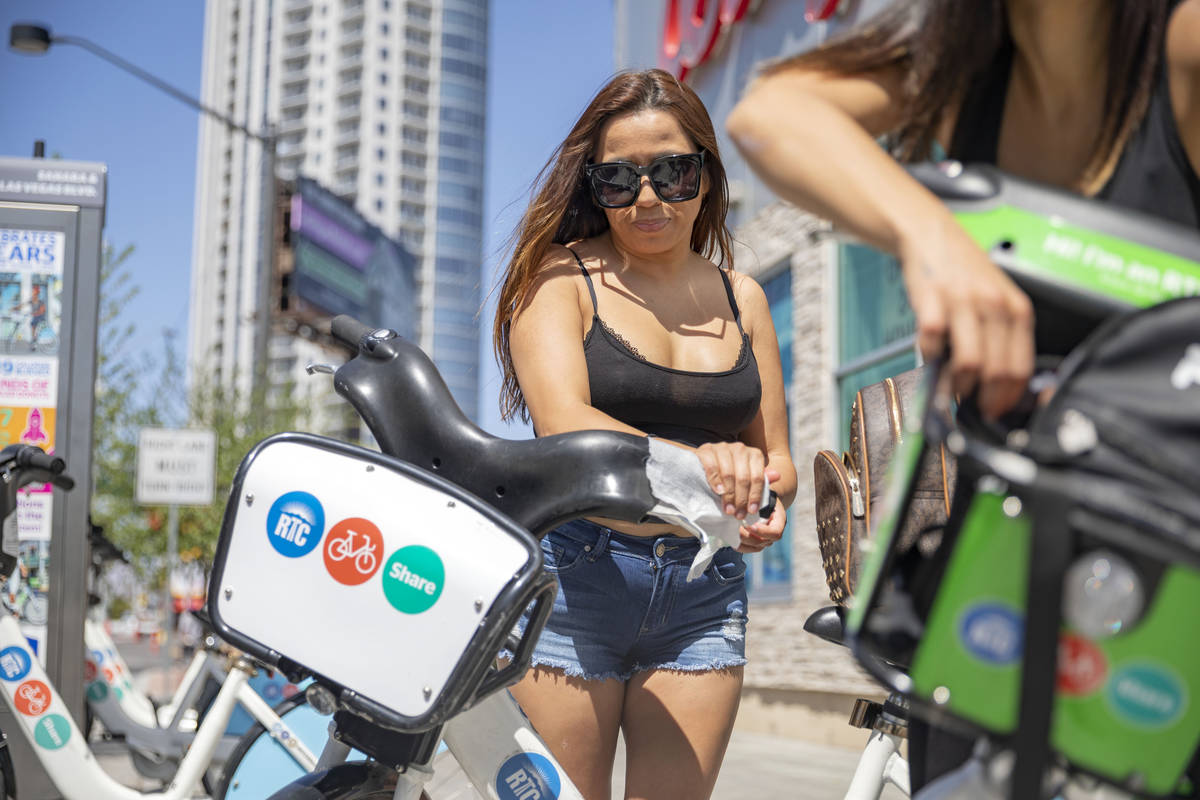 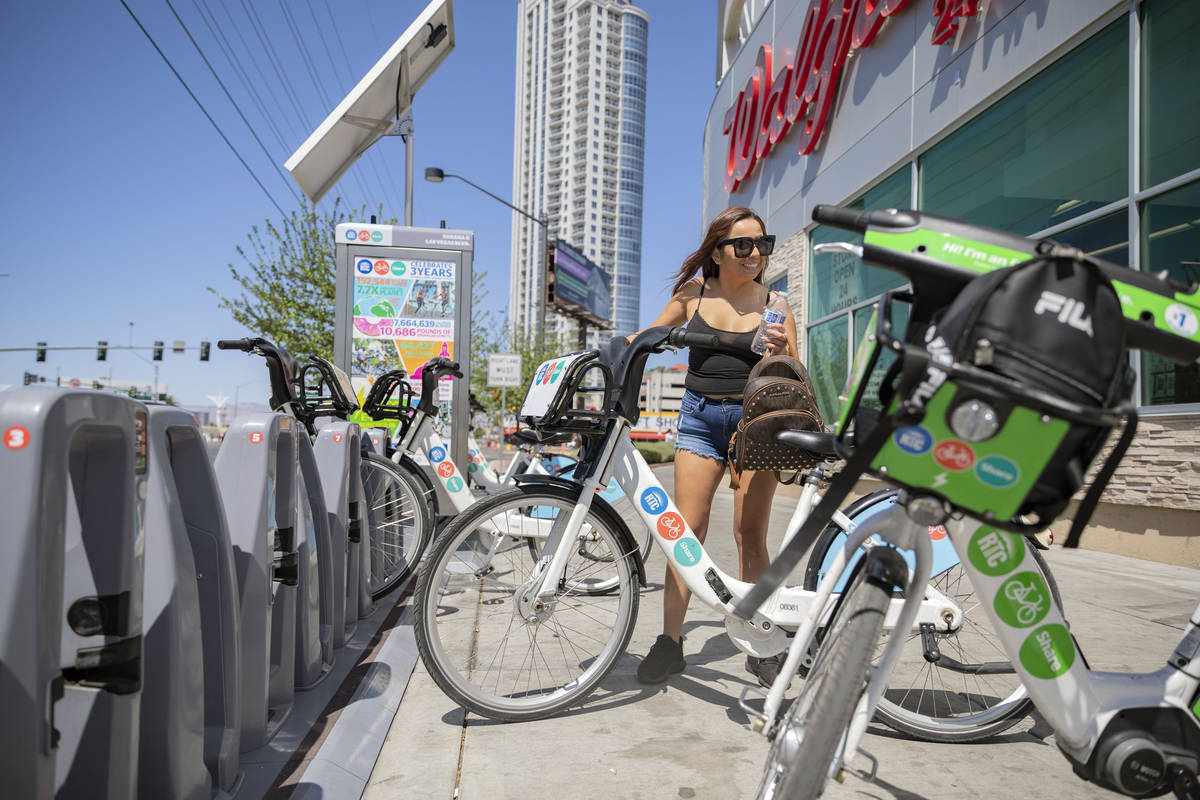 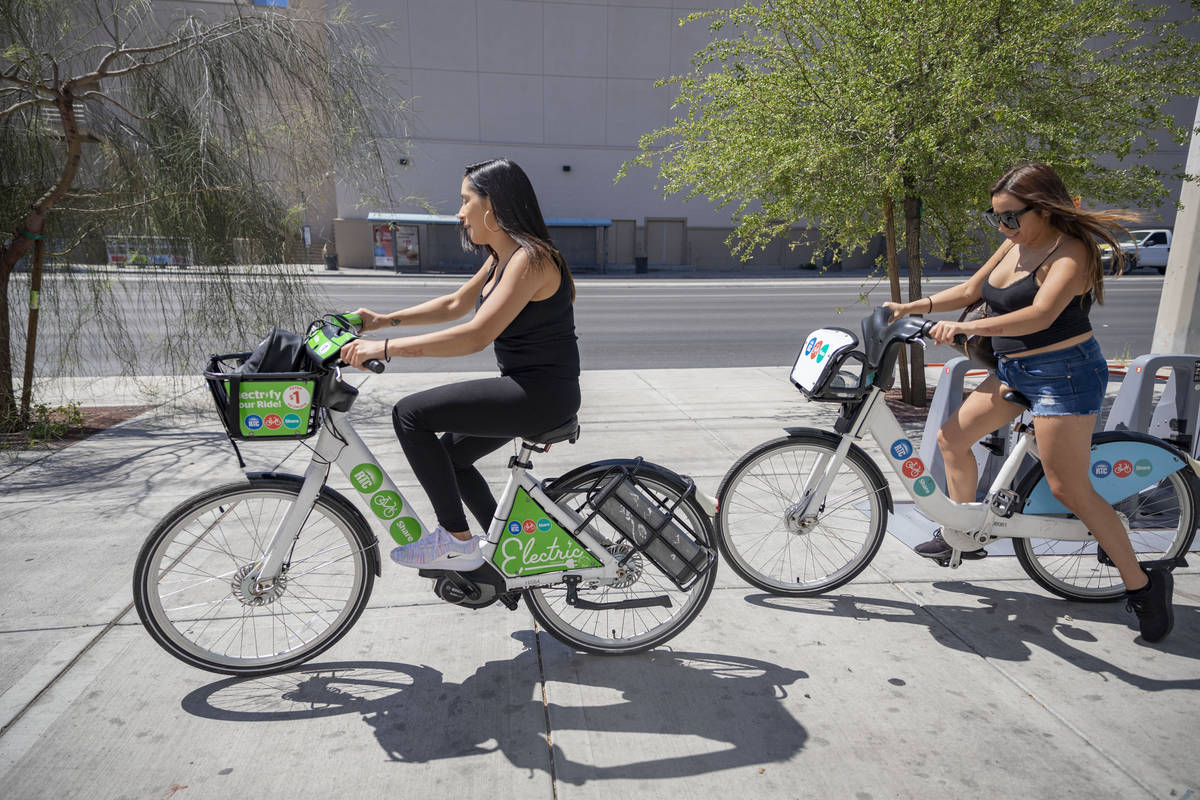 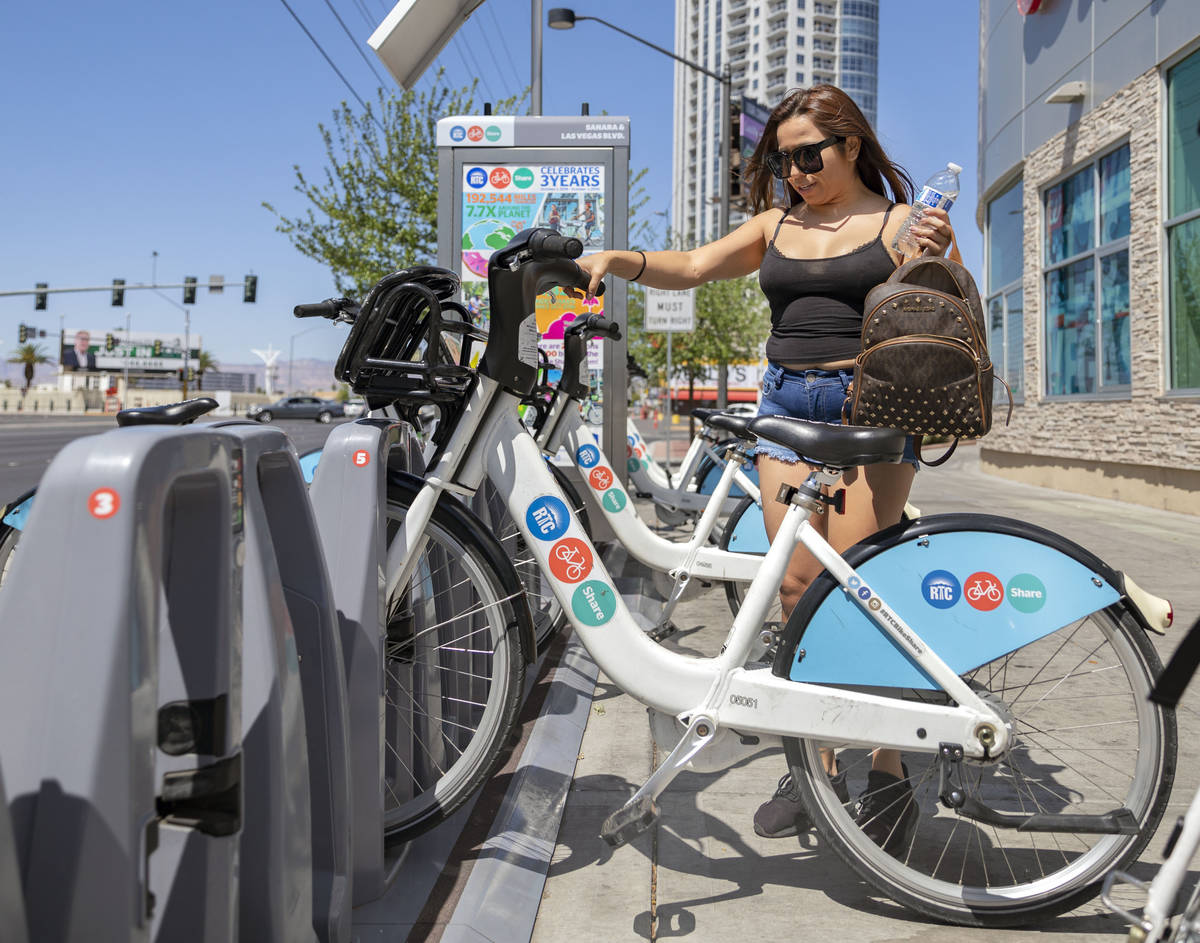 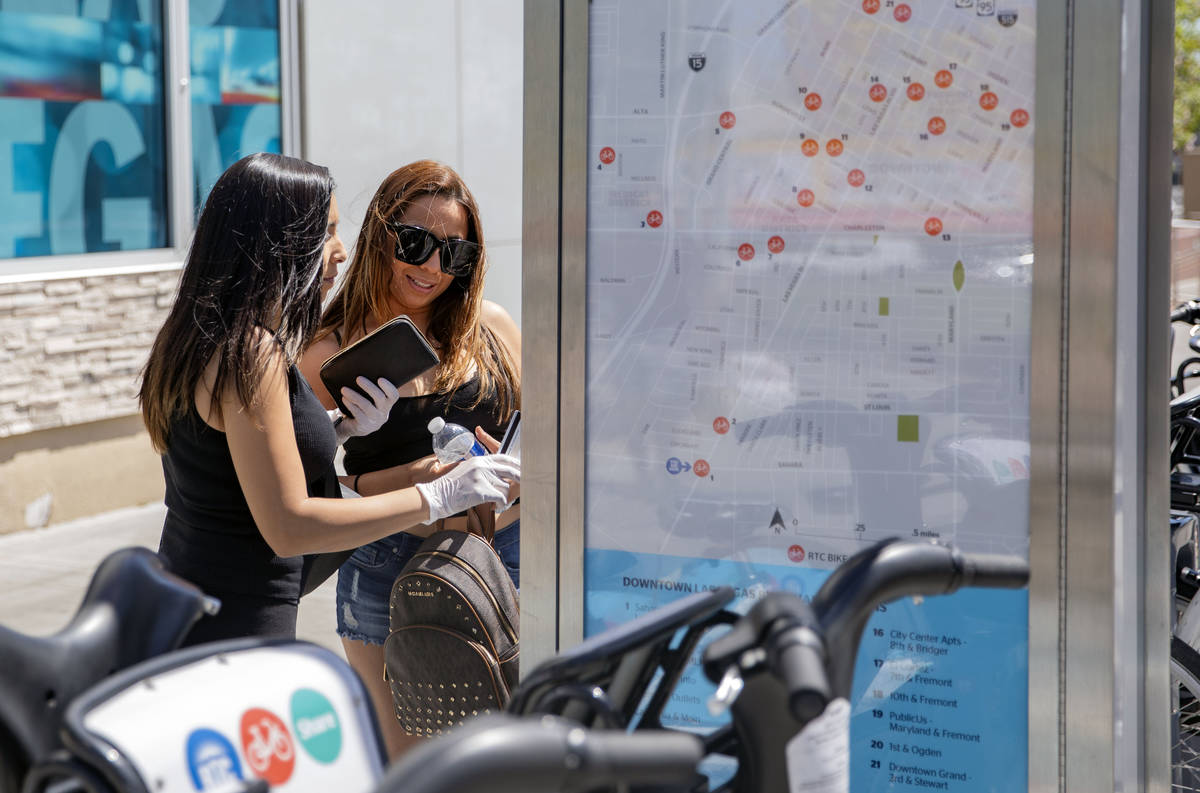 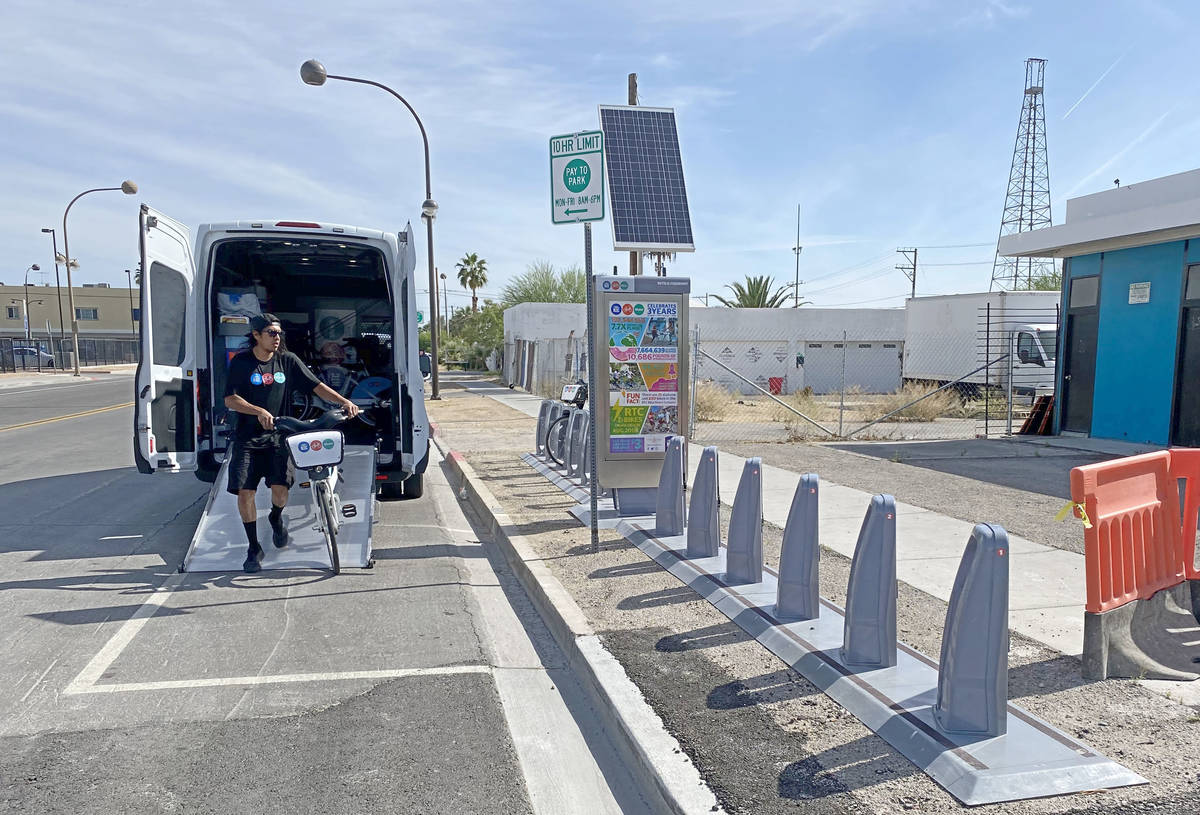 With reduced traffic along the Strip because of resort closures, bicyclists are taking advantage of the virtually empty Las Vegas Boulevard.

While many cyclists bring their own rides, the Regional Transportation Commission’s bike share program has seen a spike along the resort corridor and in downtown Las Vegas.

“The past month’s closure of nonessential businesses created an overwhelming demand for bike share,” Swallow said in an email Monday. “We believe that we are seeing record-breaking numbers week after week, in large part due to the nicer weather and traffic reduction in downtown Las Vegas, likely making the bike share program a more attractive and comfortable transportation option.”

The momentum continued into May with the most ever single-day checkouts on May 2, totaling 876 rides, Swallow said.

The commission introduced 20 electric bikes to its fleet last year, and they have been used almost three times more than the traditional bikes.

The timing couldn’t be better for riders, as May is National Bike Month, and the commission is offering a 30-day pass for $5 — normally $15 — until May 31. For more information, visit bikeshare.rtcsnv.com.