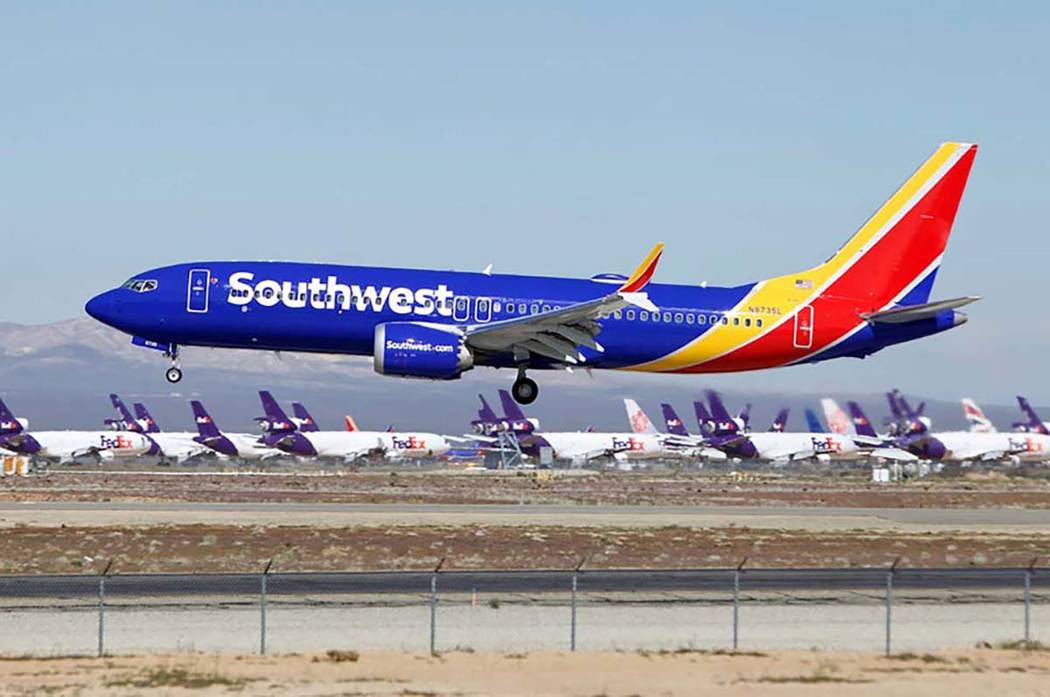 Thirty-four 737 Max planes that were in operation ahead of the March grounding and 41 others that were slated to be delivered this year represent about 10 percent of the airline’s fleet, said Southwest Executive Vice President and Chief Revenue Officer Andrew Watterson.

The Max planes were grounded worldwide after a pair of deadly crashes in Indonesia and Ethiopia in November and March, respectively, killing 346 people. Faulty sensor data was found to be the cause in both crashes, an issue Boeing has been working to address.

Despite the loss of capacity, Southwest hasn’t altered its plans.

“We expect the Max to come back and to be able to fly them shortly thereafter,” Watterson said Monday, speaking at the International Aviation Forecast Summit at the Encore. “We were set up well financially to be able to weather this kind of temporary shortfall.”

That said, Southwest is missing out on possible customers.

“We’re down capacity because we retired aircraft and the aircraft we’re missing,” Watterson said.

He said he expects the Max planes, which he joked were the “pride of Victorville,” the California city where the aircraft are being stored, to be ungrounded by the end of the year. Having those planes would allow Southwest to expand its Hawaii service, which the airline kicked off in March.

Southwest’s rollout of its Hawaii service took a hit with the groundings, and planned flights to and from San Diego are still up in the air.

“It depends on the ungrounding of the Max,” Watterson said about when San Diego-Hawaii service could start. “Perhaps in quarter two or by the end of the summer (of 2020), if the Max becomes ungrounded this year — and that is a big if.”

Future expansion of the Hawaii service is slated, but Watterson did not provide more details.

Southwest CEO Gary Kelly told the Las Vegas Review-Journal in February that nonstop service between Las Vegas and Hawaii was possible as soon as 2020. Kelly announced that before the issues with the Max planes occurred.