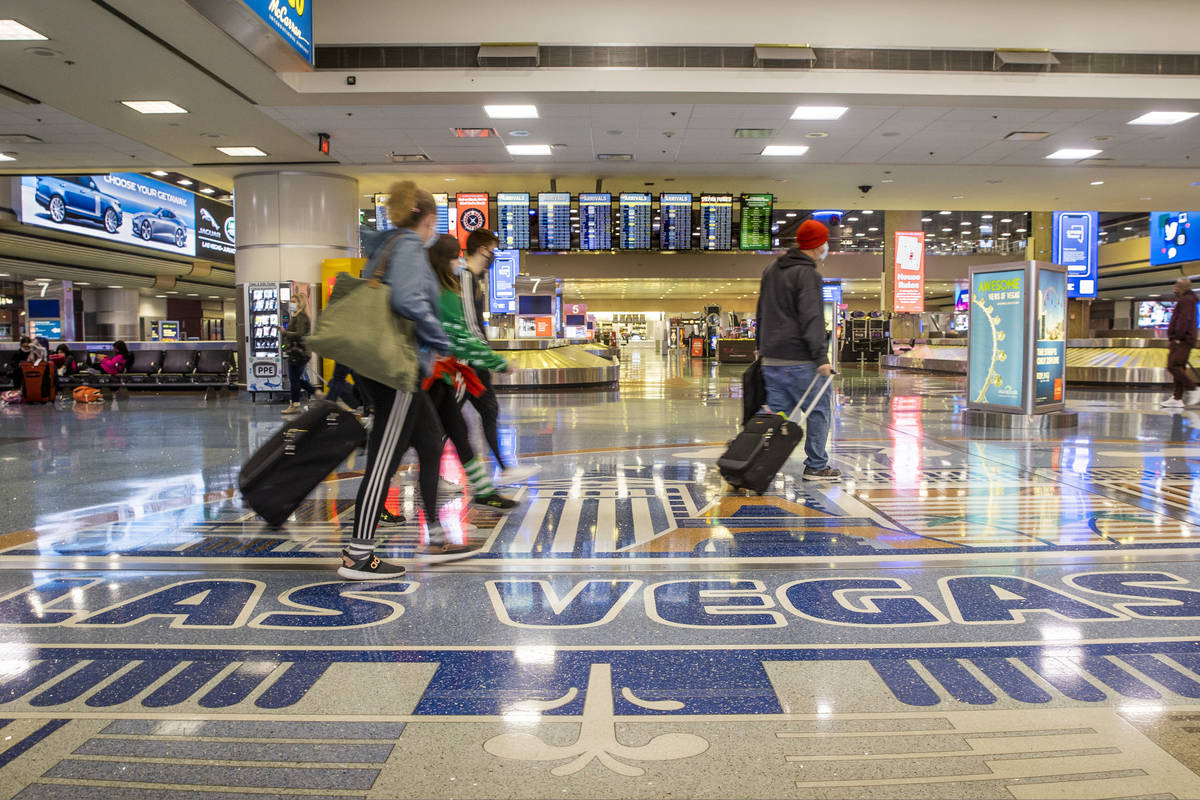 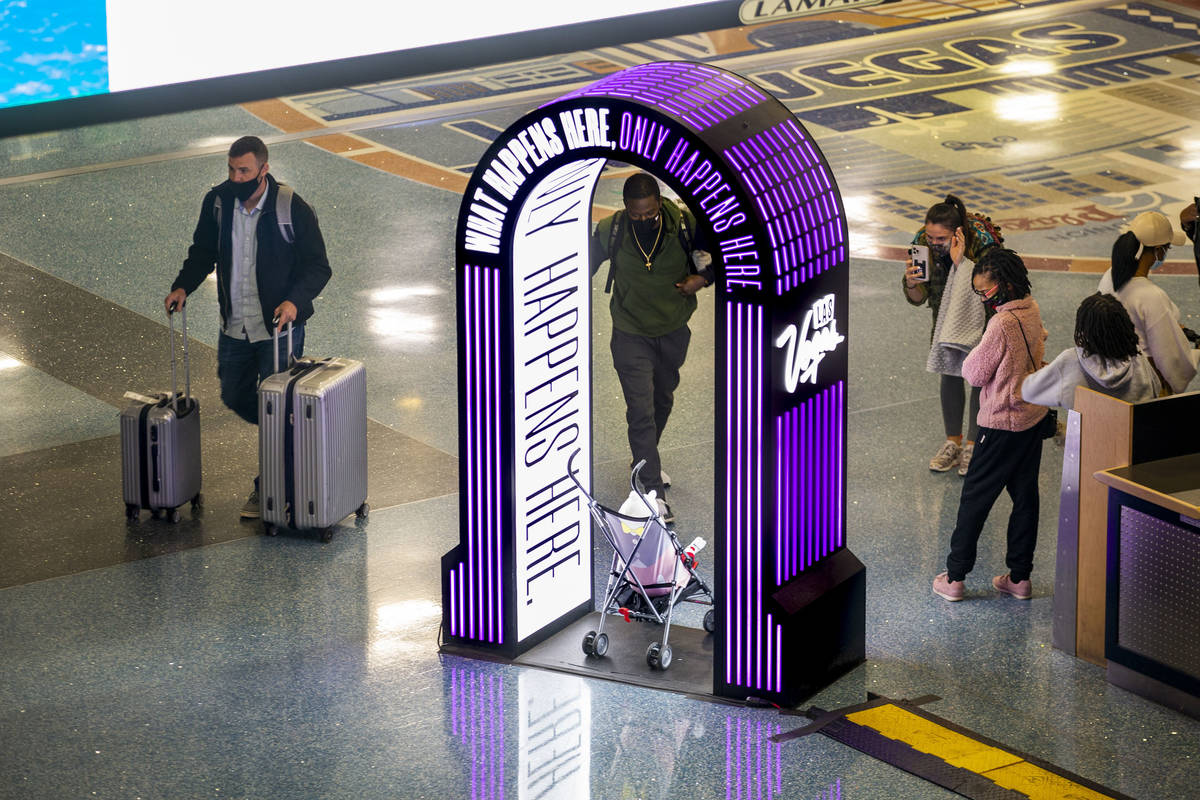 More than 1.8 million passengers arrived and departed from McCarran International Airport in November, but that’s still less than half the number that normally use the airport in that month.

The Clark County Department of Aviation on Monday reported passenger counts were down 56.7 percent for the month compared with 2019, including 1.7 million domestic passengers — down 53.8 percent from a year ago.

The coronavirus pandemic has resulted in most airlines reducing the number of flights they normally operate to Las Vegas.

International flights continued to languish in November with 19,603 passengers arriving at McCarran, a 93.6 percent drop from a year ago.

Southwest Airlines, the busiest commercial passenger carrier operating at McCarran, reported 586,134 passengers in November, 53.2 percent off its November 2019 total. Over 11 months, Southwest’s total stands at 7.1 million passengers, down 55.5 percent from a year earlier.

Delta Air Lines continues to show the biggest percentage decline among domestic air carriers with 140,766 passengers in November, down 66.4 percent from a year ago. For 11 months, Delta is off 62.9 percent to 1.8 million passengers.

International arrivals have suffered the most as a result of the pandemic. Only three carriers — Aeromexico, Vivaaerobus and Volaris — have flown to McCarran from beyond U.S. borders because Mexico has fewer restrictions on air travel.

Domestic passenger traffic showed a 9.3 percent decline from October to November as health and safety experts strongly recommended not traveling during the Thanksgiving holiday.