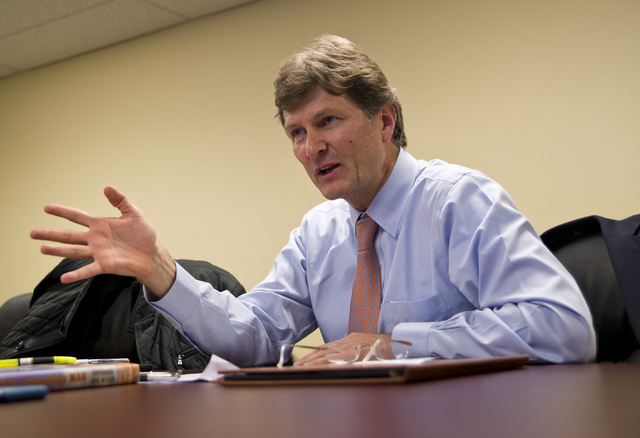 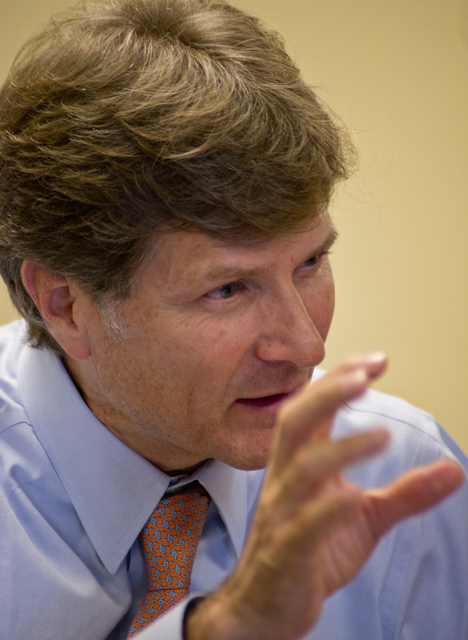 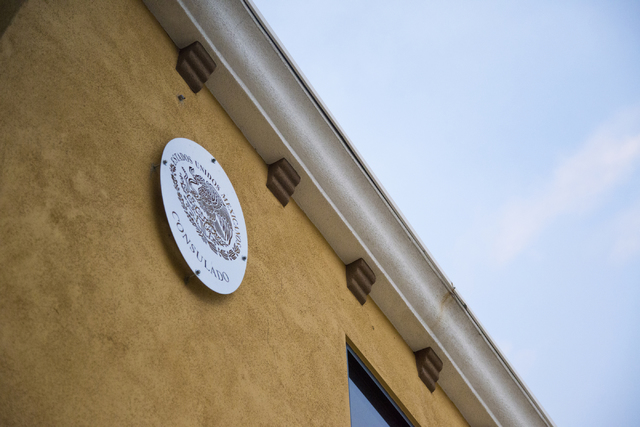 The coat of arms of Mexico is seen outside the Mexican Consulate in downtown Las Vegas on Monday, Oct. 24, 2016. (Daniel Clark/Las Vegas Review-Journal Follow @DanJClarkPhoto) 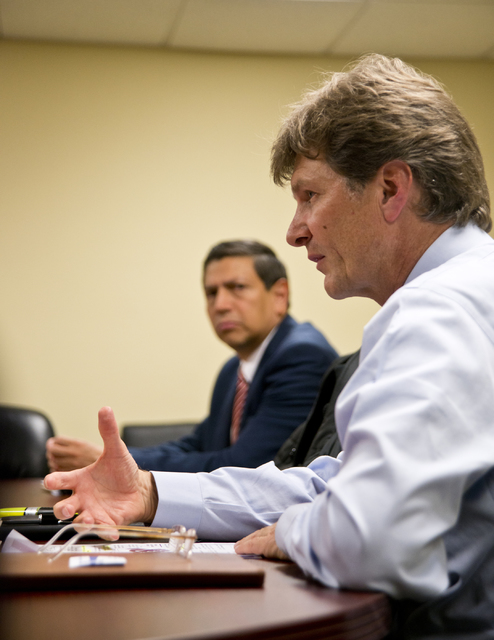 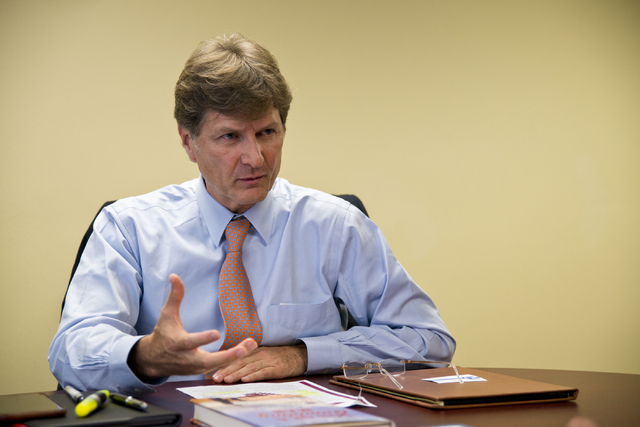 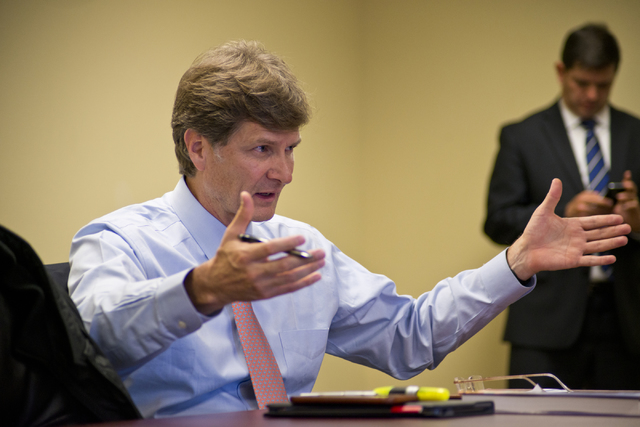 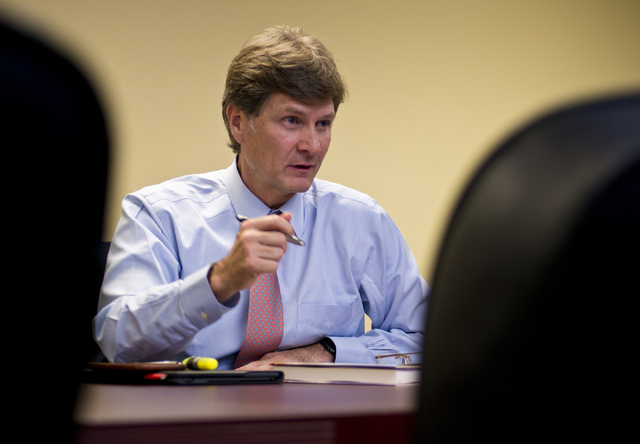 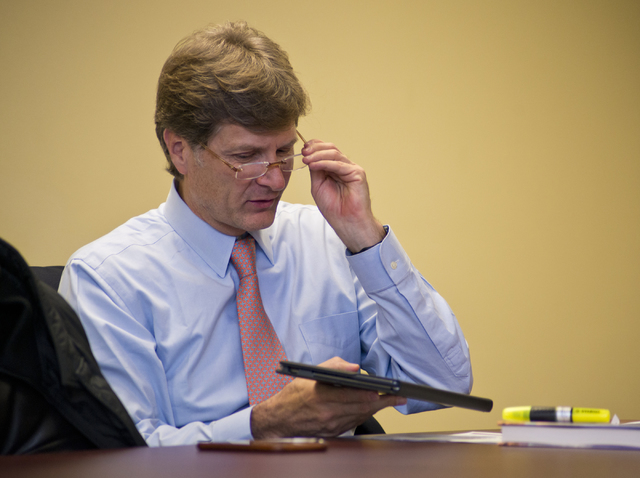 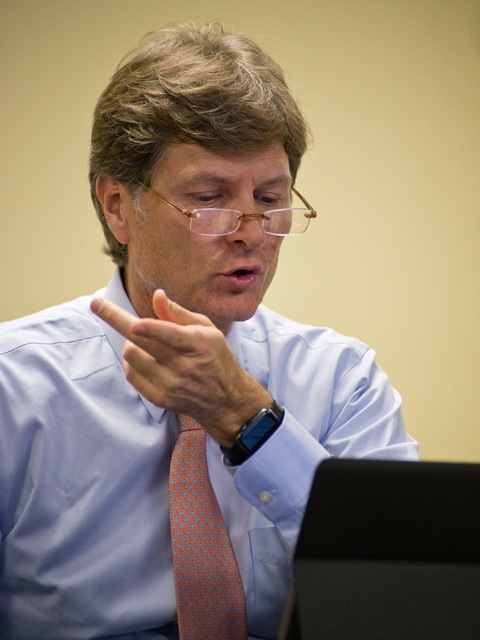 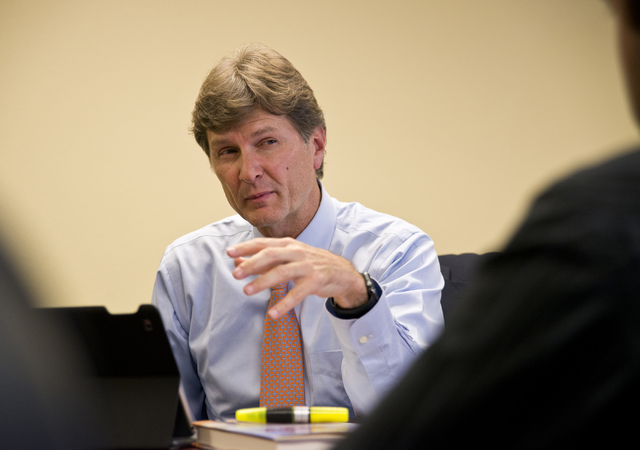 As Mexico has been referenced on the U.S. campaign trail, the bordering nation has increased outreach to the United States through various ministers.

Enrique de la Madrid Cordero, Mexico’s secretary of tourism, met with Las Vegas business owners, politicians and members of the media last week to emphasize the relevance of the U.S.-Mexico relationship and “set the record straight” regarding certain campaign rhetoric.

Madrid Cordero did not name any U.S. presidential candidates but said that Mexico wanted to build bridges, not “build walls.”

“We realized because of the (U.S.) election that the image that the American people have of Mexico is not fair, that it has been portrayed as if we’re an enemy or part of a problem,” Madrid Cordero said during an interview at the Mexican consul’s office in Las Vegas. “Many of the references with respect to Mexico are not correct and so we have to set the record straight.”

“We’re not only recipients of investment on the side of the U.S. but we’re also now investing in the U.S., and we’re also investing in providing jobs for the American people,” said Madrid Cordero.

While acknowledging that more than 4.5 million U.S. manufacturing jobs have been lost since the implementation of NAFTA in 1994, Madrid Cordero said most of the jobs have been lost to automation on the part of companies and not because plants are moving to Mexico.

Madrid Cordero expressed concern that negative campaign rhetoric could affect tourism to and from Mexico.

According to data from the Las Vegas Convention and Visitors Authority, Mexico is the second largest market for international visitation after Canada. In 2015, Las Vegas welcomed 2,785,250 visitors from Mexico.

“For Mexicans to continue coming to Nevada or to Las Vegas for tourism, we have to perceive that we are being treated fairly,” said Madrid Cordero.

Mexico’s growing population and middle class would result in more tourism for the U.S., he said.

“This is a good business opportunity on both sides of the border.”