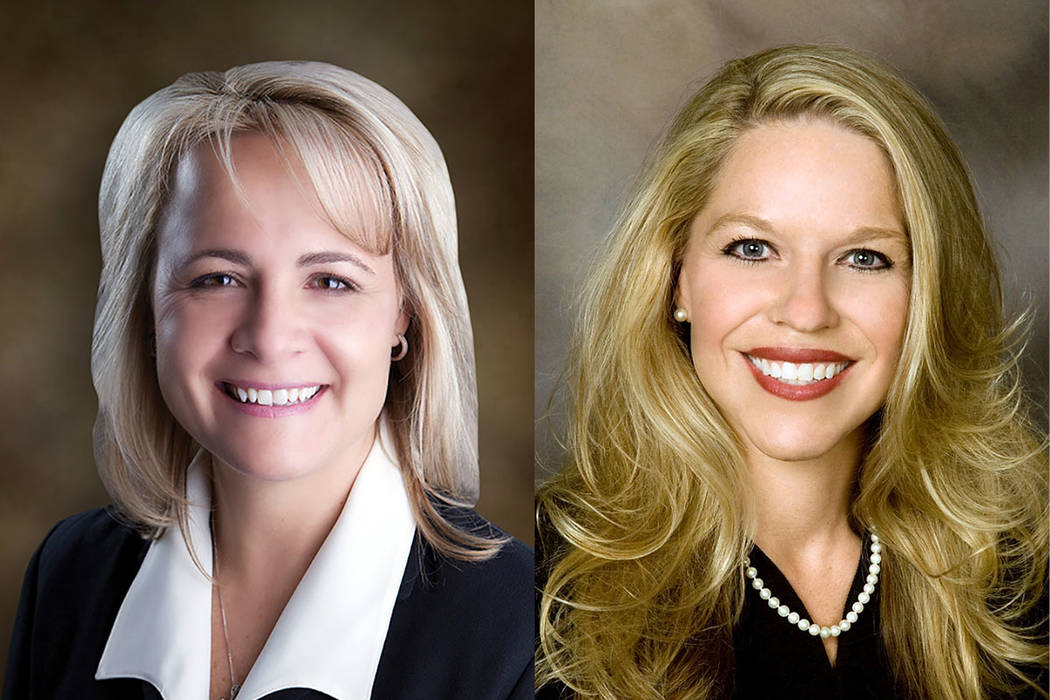 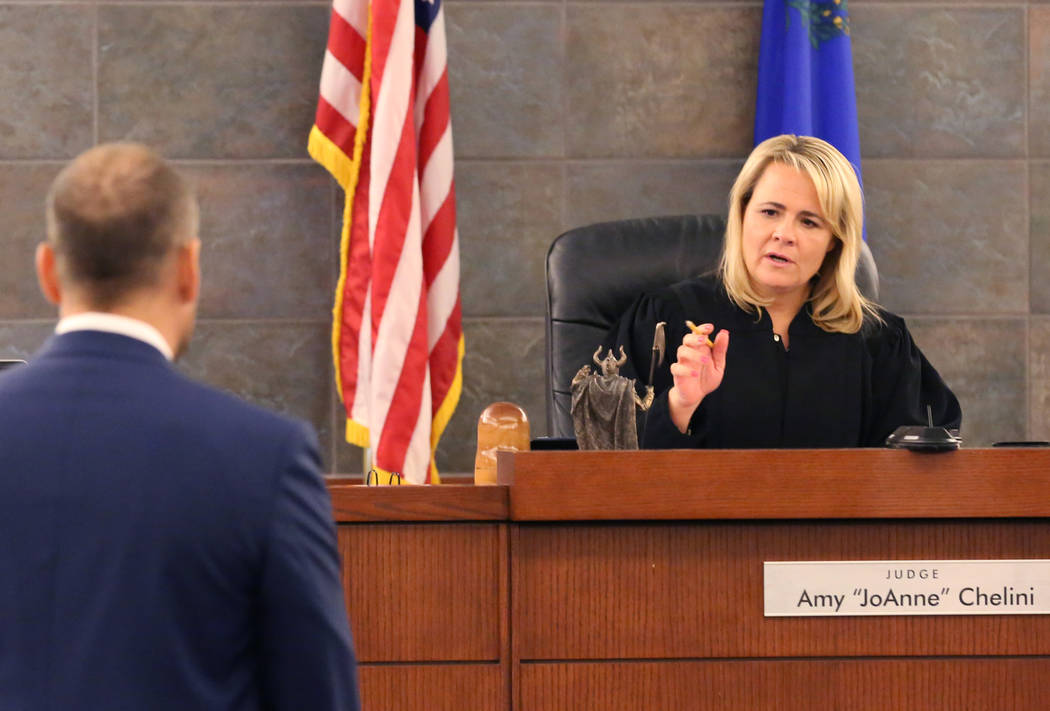 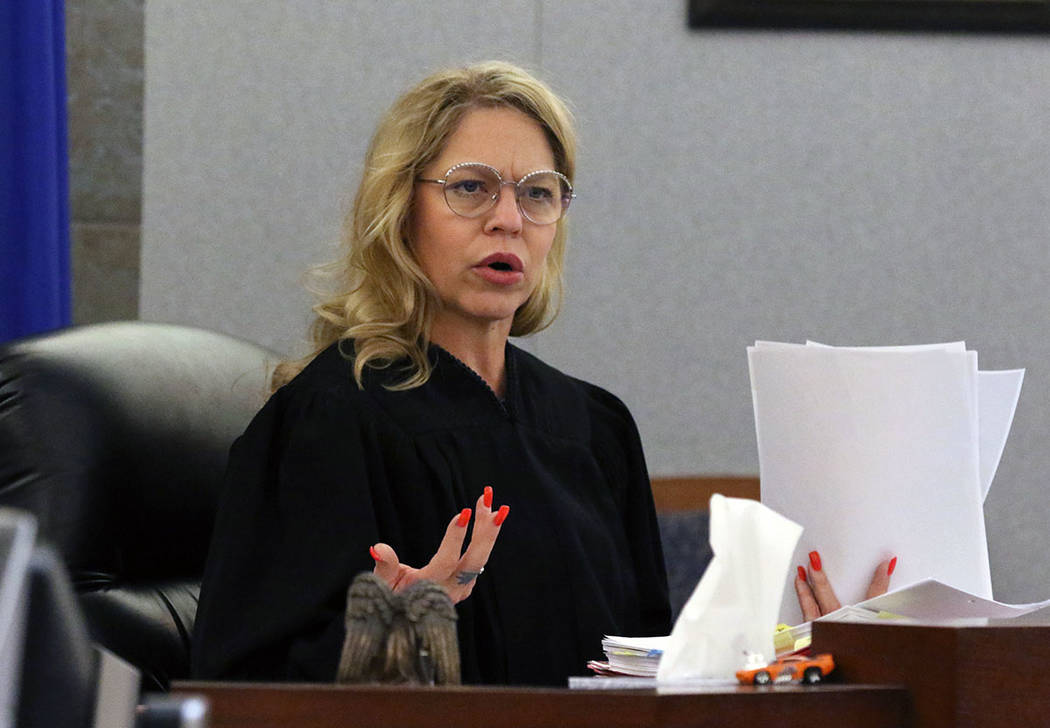 Judge Melanie Andress-Tobiasson presides during the conclusion of a preliminary hearing for former NFL player Cierre Wood at the Regional Justice Center on Wednesday, May 22, 2019, in Las Vegas. (Bizuayehu Tesfaye/Las Vegas Review-Journal)

A pair of Las Vegas judges face possible suspension after the Nevada Commission on Judicial Discipline found they posed “a substantial threat of serious harm to the public or administration of justice,” according to papers filed with the commission Friday.

While the allegations were not detailed in a notice of intent to suspend Las Vegas Justices of the Peace Amy Chelini and Melanie Andress-Tobiasson with pay, the commission ordered a two-day hearing for next month at UNLV’s Boyd Law School.

The judges, through their attorneys, have denied any allegations of improper conduct.

“There are no allegations of judicial misconduct,” Andress-Tobiasson attorney, Bill Terry, said. “Not one of the allegations against Judge Tobiasson is directed to her fairness or her competency as a judge. That is not the issue. The grievance that was brought was brought by court personnel that are not happy with judges who want to run their own courtrooms. Bias by Judge Tobiasson is not alleged nor are there any allegations pertaining to the way that she adjudicates cases or treats people. This is a head-hunting expedition, and we intend to litigate it fully.”

Chelini’s attorney, Tom Pitaro, added: “There’s absolutely no allegation or hint that Judge Chelini is not running a fair, efficient and just courtroom as she was elected to do.”

Each judge received papers last month that stated the commission determined Andress-Tobiasson and Chelini posed threats “based upon the findings of a commission investigation into numerous allegations of judicial misconduct.”

Andress-Tobiasson, a former Clark County prosecutor, took the bench in 2009. Chelini, a former criminal defense attorney, was elected in 2016.

A call to the commission Friday was not answered.

According to papers filed on the commission’s website, prosecutors are expected to present upward of six hours of evidence about the alleged threats, while the judges and their lawyers have six hours to show why they should not be suspended.