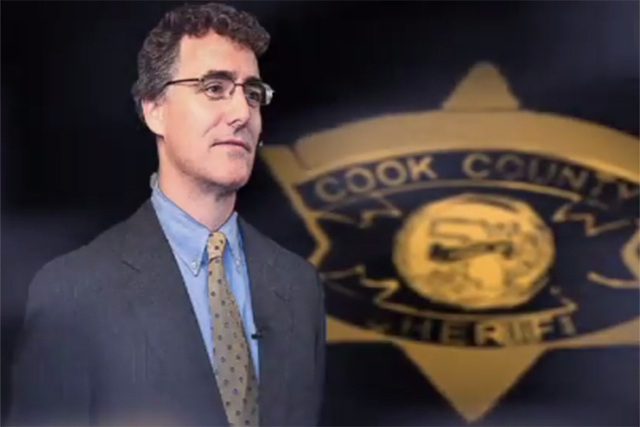 Sheriff Thomas J. Dart of Cook County, Illinois, began these operations in 2011 to highlight the role of sex solicitors as perpetrators. The national coalition has grown from eight agencies to 59. Screengrab (CookCounty Sheriff/YouTube)

Las Vegas police identified 16 victims of sex trafficking, eight of them minors, during operations for the “National Day of Johns Arrests” sting.

Police wrapped up its role in a national initiative designed to highlight the demand side of illegal prostitution and the role the “John,” a person paying for sex, plays in the illicit sex trade.

National Day of Johns Arrests ran for 18 days from July 17 through Aug. 3, and involved various law enforcement agencies from 14 states in a widespread crackdown on the demand for purchased sex within their respective jurisdictions.

Sheriff Thomas J. Dart of Cook County, Illinois, began these operations in 2011 to highlight the role of sex solicitors as perpetrators. The national coalition has grown from eight agencies to 59. Dart announced Cook County sweeps have yielded arrests for 496 “Johns” and 14 pimps.

In Seattle, police recovered 33 victims, including a 15-year-old girl whose mother attempted to sell her for sex.

The Harris County Sheriff’s Office in Texas arrested a federal border agent, in full uniform, and a man who had a baby in the backseat while attempting to purchase sex.

In Phoenix, police joined with FBI agents and arrested 69 Johns.