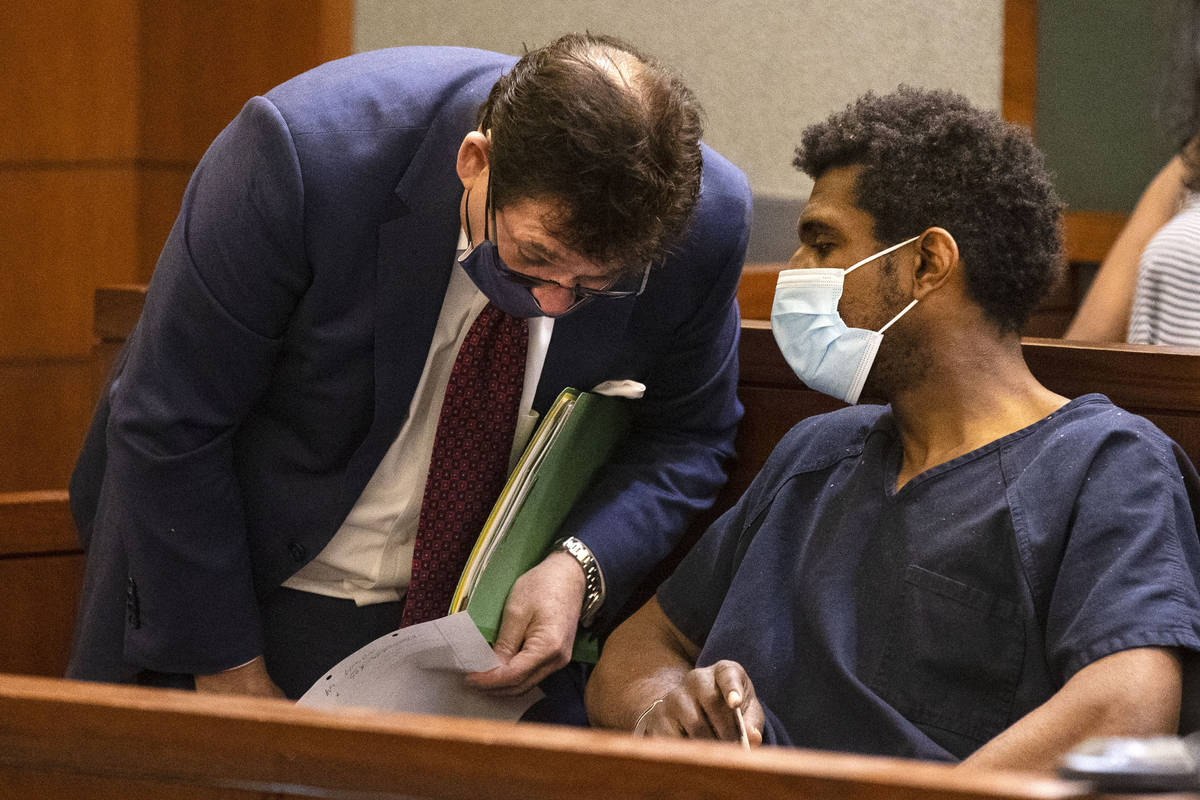 Brandon Leath, accused of punching and killing a man outside Bally's, talks to his attorney, Mace Yampolsky, as he appears in court at the Regional Justice Center, on Wednesday, March, 3, 2020, in Las Vegas. (Bizuayehu Tesfaye/Las Vegas Review-Journal) @bizutesfaye 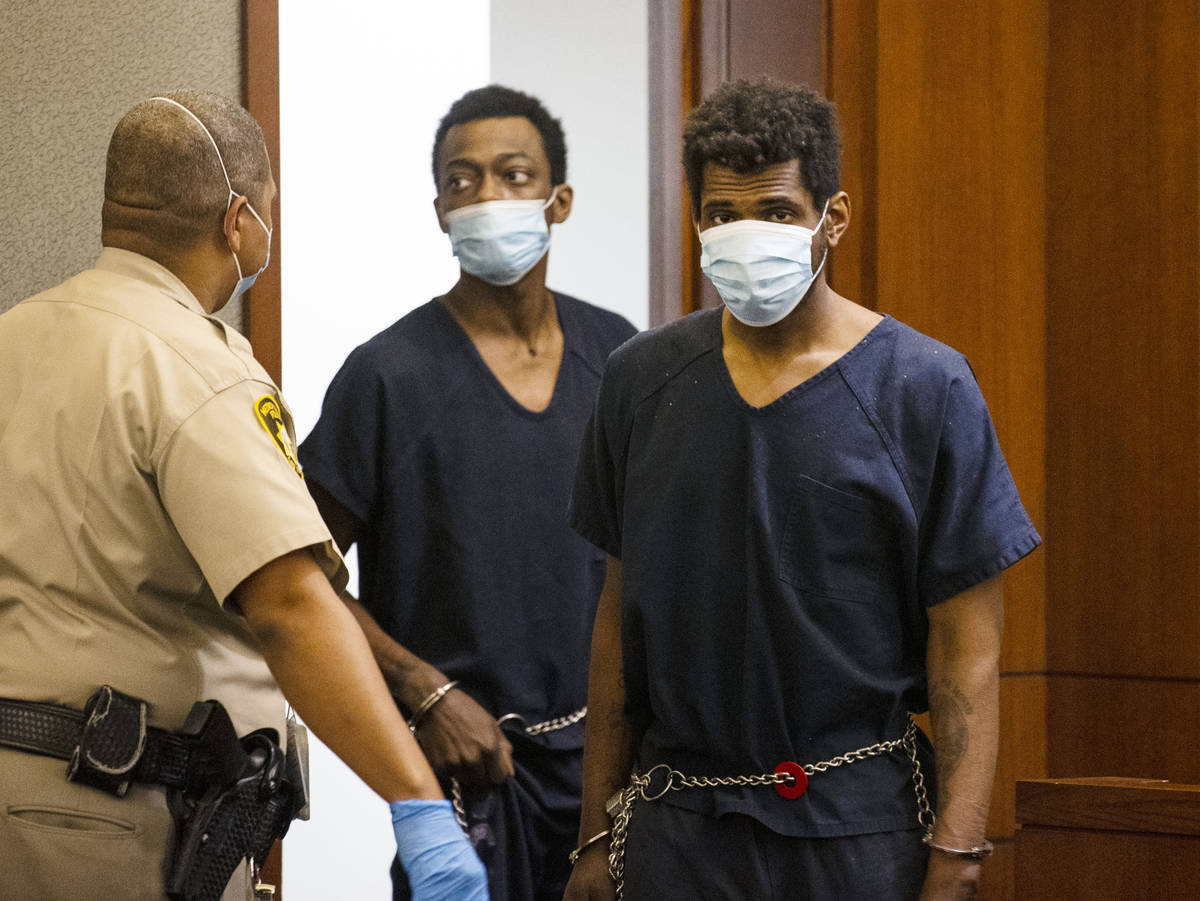 Brandon Leath, right, accused of punching and killing a man outside Bally's, is led into the courtroom at the Regional Justice Center on Wednesday, March, 3, 2020, in Las Vegas. (Bizuayehu Tesfaye/Las Vegas Review-Journal) @bizutesfaye 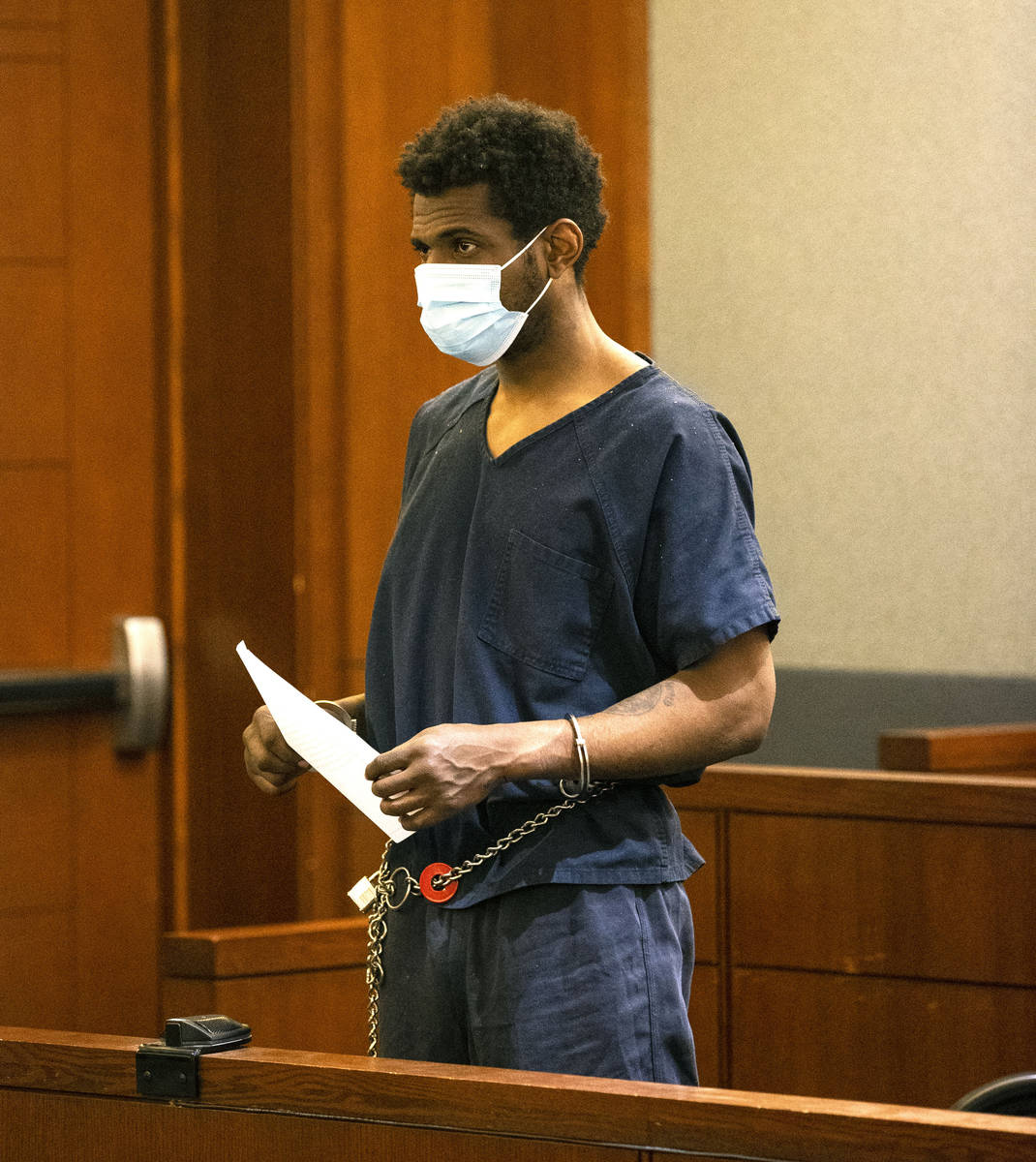 Brandon Leath, accused of punching and killing a man on the Strip, appears in court at the Regional Justice Center on Wednesday, March, 3, 2020, in Las Vegas. (Bizuayehu Tesfaye/Las Vegas Review-Journal) @bizutesfaye

A 33-year-old man appeared before a judge Wednesday after being charged with punching and killing a tourist on the Las Vegas Strip.

Brandon Leath faces a murder charge in connection with the death of Thomas Driscoll, a 57-year-old former Connecticut police officer, outside Bally’s on Sunday. The Clark County coroner’s office ruled the death a homicide.

During a brief court hearing Wednesday, Leath asked to speak, even though Las Vegas Justice of the Peace Diana Sullivan advised him against doing so, considering he has an appointed attorney, Mace Yampolsky.

Leath told the judge he worked for a company called “Landmark Worldwide.”

“I have been stalked, and there have been people that have been doing a lot of things,” he said. “Most of my colleagues work for the courthouse, and I’m an introduction leader. … This is very serious. This is my life. Ma’am, I did not do anything wrong.”

The judge then cut him off and ordered him back in court later this month.

In an email to the Las Vegas Review-Journal on Thursday, a spokeswoman for Landmark, which touts itself as offering “personal development,” refuted Leath’s claim about working for the company.

“Brandon Leath was never employed by Landmark,” Kelly Wolf said. “He was a customer who participated in a few programs and then, due to a series of complaints we received — including that he would tell people he worked for Landmark (even though he did not) — he was no longer permitted to participate in our courses. The last time he participated was in early 2017.”

Leath was detained near The Mirage, and during an interview with police, he acknowledged being at the location where Driscoll was hurt but denied punching him, a police report stated.

Outside court, Yampolsky said he did not know anything about Leath’s job and could not comment on the allegations against him.