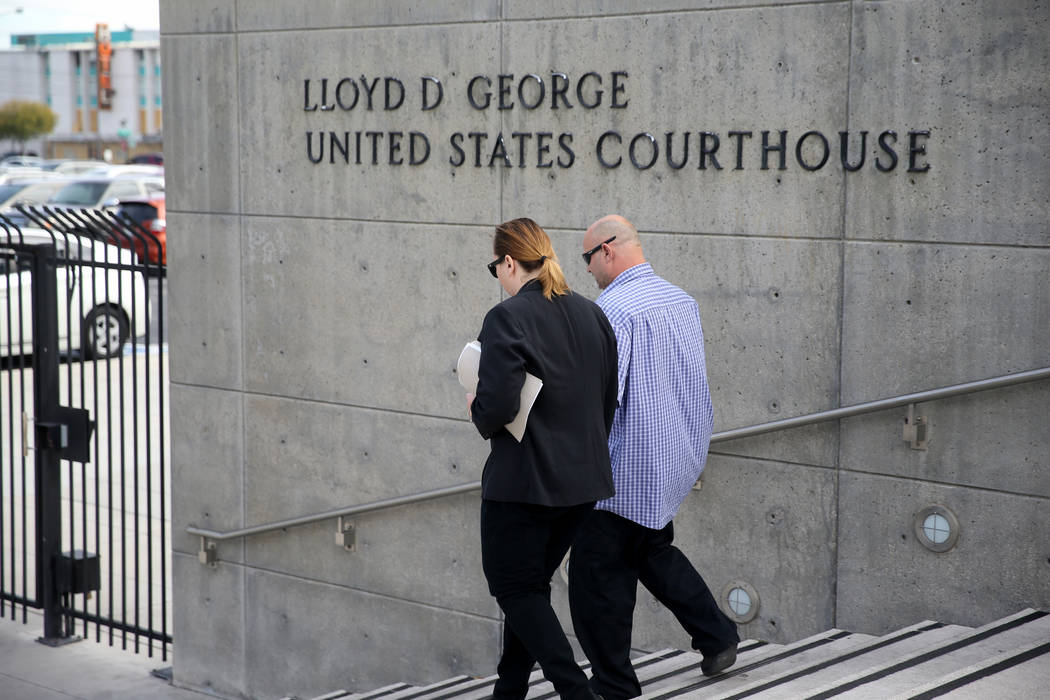 A power outage at the Lloyd George U.S. Courthouse, 333 Las Vegas Blvd. South, shut down the federal court building on Tuesday, and it will remained closed for at least another day.

The building will remain closed Wednesday for ongoing repairs from the power outage, according to an emailed statement from the District Court.

Officials said that online filings will be accepted during the closure. People needing to file documents are asked to do so with the county clerk’s office inside the Foley Federal Building, according to an announcement.

Officials had no estimate on how long it would take to restore power to the courthouse.

All hearings and other court business were being handled at the Foley Federal Building on Tuesday, which is on the other side of Las Vegas Boulevard from the federal court.