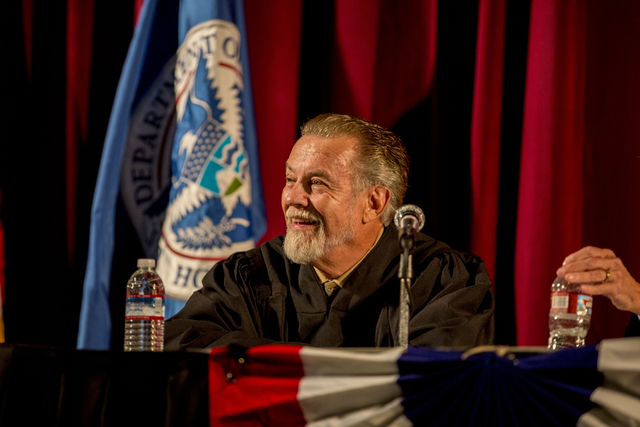 A federal judge who presided over a trial in the largest homeowner association fraud and corruption case in Nevada is stepping aside to make room for a new presidential appointee, court officials announced Wednesday.

U.S. District Judge James Mahan, appointed by former President George W. Bush in 2002, is expected to continue hearing new cases after he takes what is known as “senior status,” according to a news release from court administrators.

Along with other high-profile cases, Mahan oversaw trial for defendants in a construction company owner’s massive election-rigging scheme to defraud homeowners associations of millions of dollars and win an illegal fortune off construction defect lawsuits and building repair contracts.

Mahan’s move creates the second vacancy on the federal bench in Nevada.