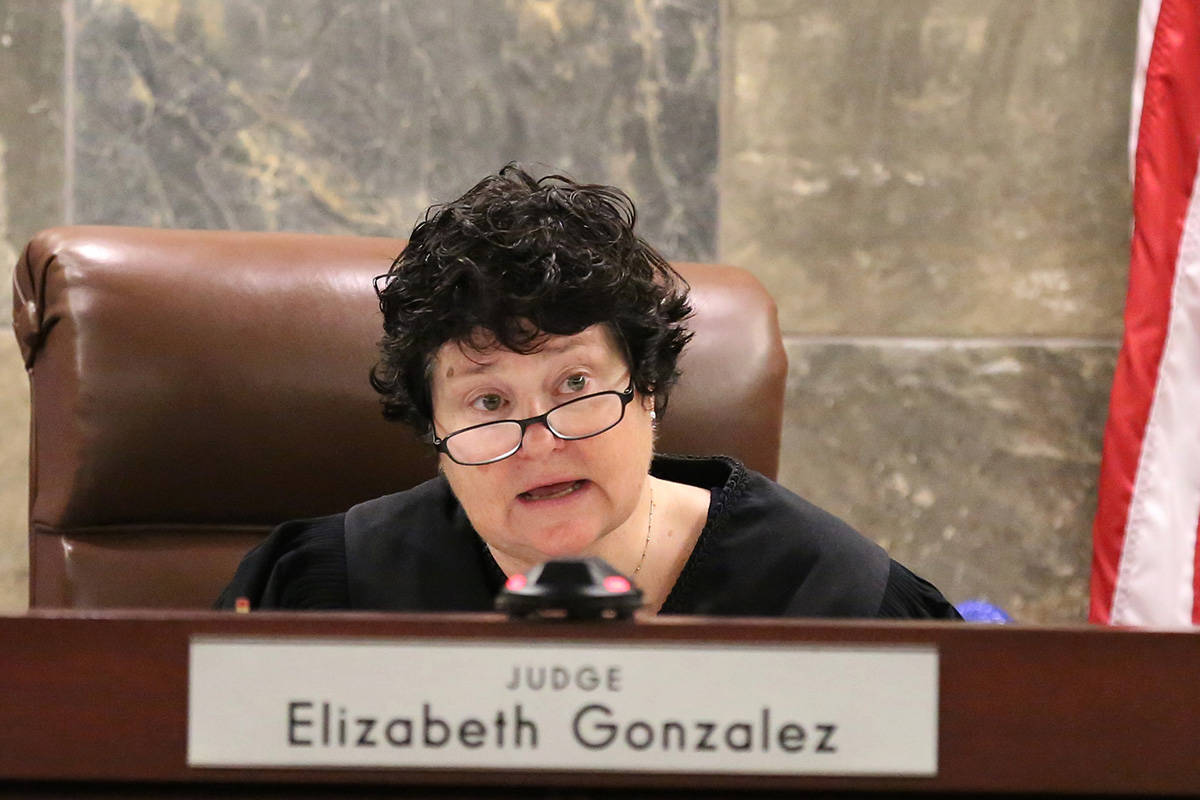 In a letter to Gov. Steve Sisolak last week, Gonzalez wrote that she would step down effective Sept. 7 “due to recent events in my family.”

A former chief judge, Gonzalez was first appointed to the bench in 2004. She is a former president of the American College of Business Court Judges and the Nevada District Judges Association.

During her time on the bench, from which she presided over several high-profile civil and criminal cases, Gonzalez also served on the Judicial Council of Nevada, the Supreme Court Jury Improvement Commission, and the Nevada Ethics Commission.

In her letter, Gonzalez noted that she had conducted more than 350 settlement conferences in civil cases.

“I am proud of the difference this has made to the litigants and in the operation of the Eighth Judicial District Court,” wrote Gonzalez, who received her law degree from the University of Florida College of Law in 1985, and was licensed to practice law in Nevada the same year.

A state Judicial Selection Commission will accept applications and conduct interviews, before recommending three people to Sisolak, who would appoint Gonzalez’s replacement.