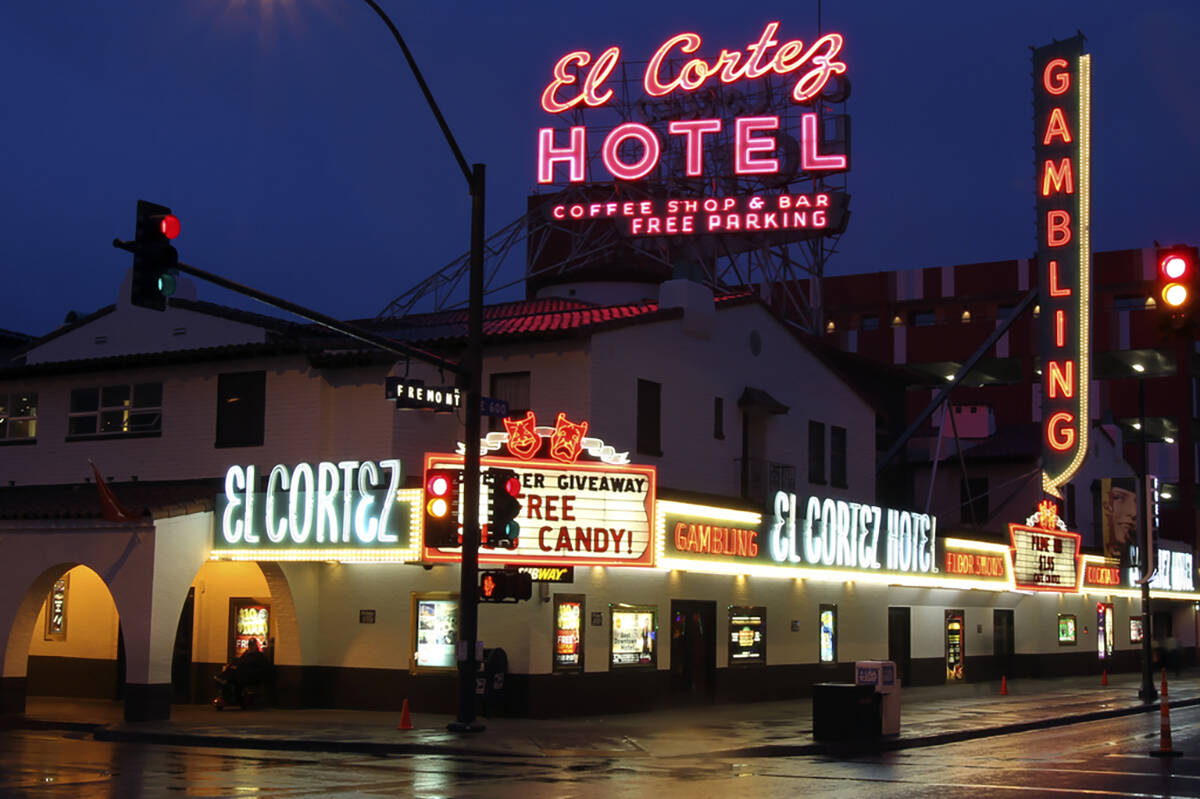 The El Cortez, is shown at the corner of Fremont and 6th streets in Downtown Las Vegas. A 35-year-old man was sentenced to at least two years, four months in prison for pushing and fatally injuring an El Cortez security guard in 2021. (K.M. Cannon/Las Vegas Review-Journal)

A 35-year-old man was sentenced to at least two years and four months in prison for pushing an El Cortez security guard to the ground in 2021, fatally injuring him.

Lyons was working as a security guard at the El Cortez when Lizano pushed him outside the casino. Lyons struck his head on the pavement and died five months later, on Feb. 23, from complications of blunt force trauma, according to Lizano’s arrest report.

The Clark County coroner’s office ruled Lyons’ death a homicide. His family declined to comment when reached by phone on Thursday.

Westbrook said that Lizano felt that he was being threatened the night he pushed Lyons, although there was no evidence that Lizano was in any danger.

“There was certainly no intent to kill or to do serious bodily injury,” Westbrook said. “This was a guy who was frightened and who gave a single push and ran away.”

When Lyons approached Lizano to ask for identification, Lizano “forcefully and aggressively shoved” Lyons before running from the hotel, police said. Lyons hit his head on the pavement and was knocked unconscious.

Lizano has been convicted of more than a dozen misdemeanor and gross misdemeanor charges in Clark County since 2008, including counts of battery, domestic battery, attempted theft, trespassing and battery on an officer, court records show. He was also convicted of a felony attempted grand larceny charge in 2020, and was sentenced to probation.

He has undergone at least four competency evaluations since 2014, court records show. Westbrook said Lizano was previously in District Court’s mental health court but did not complete the program.

The mental health court wanted to admit Lizano into the program after he was charged with Lyons’ death, but he could not complete the program because he did not have reliable housing, Westbrook said.

“My concern is that putting him in prison is not the best path to treatment,” he said. “He’s still going to need treatment and resources when he gets out. So that’s like delaying the problem, it’s not solving the problem.”