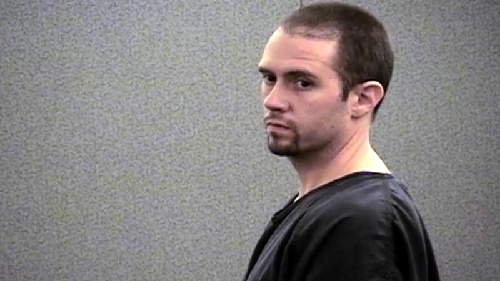 Dubbed by Las Vegas police detectives as “The Million Dollar Burglar,” Hiser faces two life sentences for pilfering homes throughout the valley. The 31-year-old, who began thieving as a teen and has been in and out of jail, seems unrepentant. He told detectives he would “keep doing this until they stop letting me out.”

Hiser may have gotten his wish.

After being indicted in 11 separate cases dating back to 2010 – including stealing $2.6 million in goods from a nationally renowned philanthropist and breaking into the home of a police officer’s widow on the day of her husband’s funeral – Hiser was sent to prison for two consecutive terms of 10 years to life under the state’s habitual offender law.

And while authorities have linked dozens of burglaries to Hiser, the true number of his crimes could be in the hundreds, prosecutors said.

At a June 26 sentencing hearing, prosecutor Marc Schifalacqua described the man like this: “Mr. Hiser has been a one-man crime wave for approximately the last 13 years here in Las Vegas, Nevada. It’s been burglary after theft after burglary. This one man has affected dozens, if not hundreds, of people’s lives.”

Hiser was first caught in 1999. And then again in 2001. And again in 2004. He excelled at finding and removing safes from homes with and without alarms. He looted cash, jewels and guns and usually skipped over personal computers.

He broke in by throwing rocks through windows and by kicking in doors. If someone was home, he fled.

In November 2001, Hiser was questioned by detectives about a burglary that had happened three months earlier. According to DeMonte’s report, “defendant stated that ‘he has done so many (burglaries) that it would be hard for him to remember.’ ”

Authorities say it’s not necessarily the value of the property that’s been stolen during a burglary that causes homeowners trepidation.

Instead, it’s the anxiety and fear they are left with afterward.

In that sense, Hiser stole more than valuables from his victims, prosecutor Schifalacqua said during the sentencing hearing. He stole the feeling of safety a home provides, Schifalacqua said.

In Hiser’s portfolio of crimes, two burglaries stand out.

Eddie Landino, a retired detective with the Metropolitan Police Department, died on Oct. 25, 2010.

A funeral was held for the detective five days later. After the service, widow Marcia Landino attended a brunch with family.

During brunch she accessed her southwest valley home’s camera system through her phone and saw her dogs looking at the master bedroom, according to court documents.

The camera then went black and her alarm company called.

Hiser tried to take the safe but ran out of time.

Marcia Landino testified at Hiser’s sentencing hearing. “I was in a severe state of shock, and the devastation was so unbearable. I had just lost the most wonderful man and my dearest friend.

“You caused me so much additional stress and anguish at that time when I was utterly, deeply distraught. Your actions exponentially added to my suffering.”

She described how her husband had helped countless youths turn away from crime while working as a police officer in Las Vegas. She said she wished he had met Hiser, so he could have helped him.

Marcia Landino is still haunted by the burglary. She believes Hiser did not act alone.

The second break-in, which took place a month later, garnered Hiser his nickname.

Alfred Mann is a billionaire entrepreneur who grew wealthy running aerospace technology companies in California. He also has founded biomedical companies that, among other things, research treatments for diabetes and cancer.

In 1985, he founded the Alfred Mann Foundation, which supports science research into medical solutions for people suffering from debilitating ailments.

Attempts to contact Mann through the foundation were unsuccessful.

According to court documents, Hiser smashed a window in the front door of the Manns’ 6,200-square-foot home within the west valley gated community of The Lakes.

“Once inside the defendant ransacked the home and made off with approximately $2.6 million worth of jewelry, furs, designer purses, and silver. Defendant even removed the safe from the upstairs closet, destroying walls and floors as he dragged it out of the home,” according to DeMonte’s report.

Grand jury testimony revealed that Hiser found the home after learning about Mann on the Internet.

Hiser told detectives that he believed he had hit “the jackpot.”

The safe in the master bedroom weighed 700 pounds. He called several of his associates for help. Hiser told police it took them three hours to move the safe out of the home.

But the bizarre twist in the case came after the burglary.

According to court documents, a Las Vegas police officer stopped a vehicle driven by Hiser about the same time the Manns reported the burglary.

The officer noted that in the vehicle was about $250,000 in jewelry, including a University of Southern California sport championship ring with Alfred Mann’s name on it.

Hiser told the officer he was an employee of a bail bonds company and he was picking up collateral for a bond.

Suspicious, the officer called the bond company, and an employee confirmed Hiser worked there.

The officer investigated further. He checked to see if there was an active criminal case with a victim named Alfred Mann. The officer didn’t find one because it had yet to be entered into the Police Department’s computer system.

Authorities believed Hiser committed one more burglary on Nov. 28, 2010, before he was arrested two days later for possession of stolen property.

At the sentencing hearing, Deputy Public Defender Michael Wilfong tried hard to convince District Judge Michelle Leavitt to run the two sentences concurrently so that Hiser could be eligible for parole after 10 years.

The lawyer described Hiser’s un­stable childhood. He grew up in poverty, Wilfong said. His father was not present. His mother was a drug addict. Wilfong said Hiser’s mother used her son to get financial assistance to feed her habit instead of raising him properly.

Hiser found a substitute family among gang members. Unfortunately, Wilfong said, “it is a recipe for someone to gravitate toward criminal activity.”

Wilfong said his client fell into drug addiction himself. He used PCP and methamphetamine.

But Hiser accepted responsibility for what he had done, Wilfong said. Hiser pleaded guilty to several of the cases and agreed to be sentenced as a habitual offender, which opened the door to the life sentence.

“He’s agreeing to a life sentence, your honor,” Wilfong said. Hiser, who desires one day to spend time with his daughter outside of prison, had hoped it wouldn’t come to that.

Wilfong told Leavitt that Hiser had only been to prison twice before and he’s never shown violent tendencies. “That’s got to count for something,” the lawyer said.

As his lawyer argued, Hiser stood with his arms and legs shackled. He wore navy blue jail clothing. He stands about 5 feet 9 inches tall and weighs 190 pounds. He shook his head in disagreement at some things that were said, but mostly just listened.

At one point he attempted to raise his hand to speak, but he was restrained by the metal cuffs and his half-raised hand drew no attention and the hearing continued.

When his turn to speak came, Hiser apologized. He used drugs, he said. He knew it wasn’t an excuse.

Hiser told Leavitt he hadn’t fully appreciated that his criminal lifestyle could lead to a life sentence.

“I would like the chance to change,” he said.

By 2010, Hiser was more than proficient as a burglar. In a four-minute home break-in on Sept. 28 that year, Hiser made off with a safe, two firearms and jewelry.

But despite his expertise, Hiser seemed oblivious to investigative techniques that could link him to his crimes, leaving fingerprints and DNA at various crime scenes.

In her report, DeMonte asked the judge to run Hiser’s sentences consecutively, meaning there would be a greater chance that Hiser would never be freed.

Whether Hiser is ever allowed out of prison eventually will be decided by two parole boards. In about 10 years he will be given the opportunity to apply for parole. If successful, he’ll still have to serve another 10 years before being eligible for parole again.

Hiser already is serving five years for being a federal felon in possession of stolen firearms. The federal case was separate but linked to the burglaries, which were prosecuted by the Clark County district attorney’s office. The federal sentence is running concurrently with the burglary sentences.

Authorities can only guess at how much Hiser has stolen and what happened to it all.

When he was arrested in December 2010, police recovered less than $200,000 of the millions in stolen property Hiser is suspected of taking.

Time and time again, Hiser was able to plead to lesser offenses because the cases were property crimes, she said.