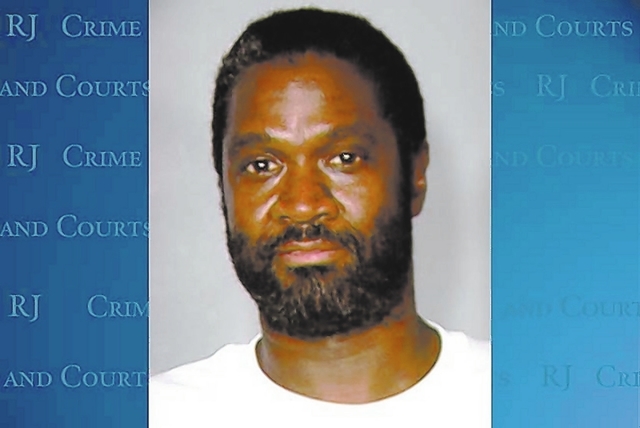 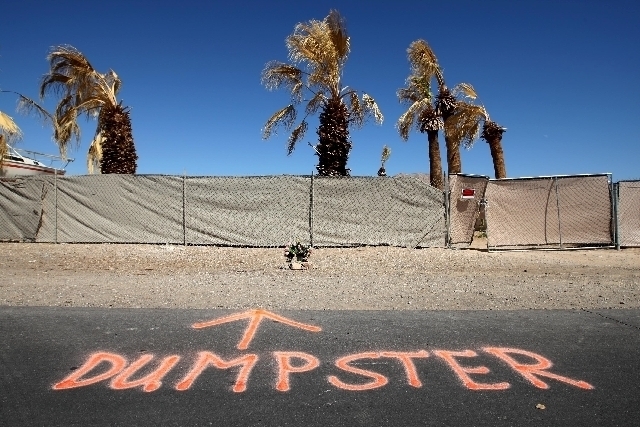 Flowers and a spray-painted sign reading DUMPSTER are seen at the scene where a man was found dead inside a dumpster on Ringe Lane near the intersection of Nellis Boulevard and Owens Avenue. (LAS VEGAS REVIEW-JOURNAL) 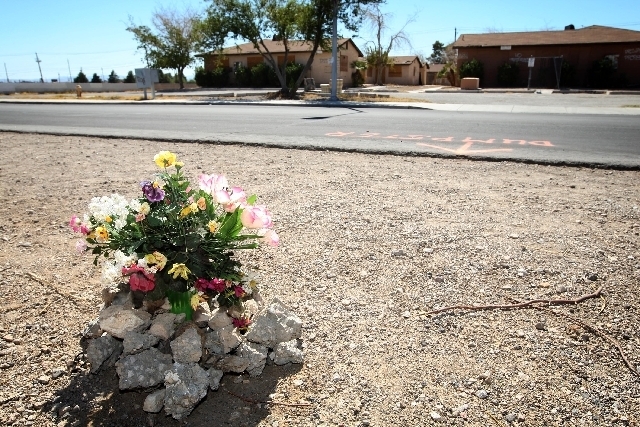 Flowers and a spray-painted sign reading DUMPSTER are seen at the scene where a man was found dead inside a dumpster on Ringe Lane near the intersection of Nellis Boulevard and Owens Avenue. (LAS VEGAS REVIEW-JOURNAL)

Three people were indicted on murder charges in the torturing and killing a homeless man in August, prosecutors said Wednesday.

Theresa Allen, 46, Emilio Evalio Arenas, 43, and Peyton Hemingway, 37, were charged with killing Carl Pane Simon, 50, whose body was found inside a rolling suitcase in an east valley dumpster Aug. 12. His ankles were bound with electrical tape.

Simon had been strangled, beaten and stabbed before being placed inside his own suitcase, which the transient used to carry his belongings.