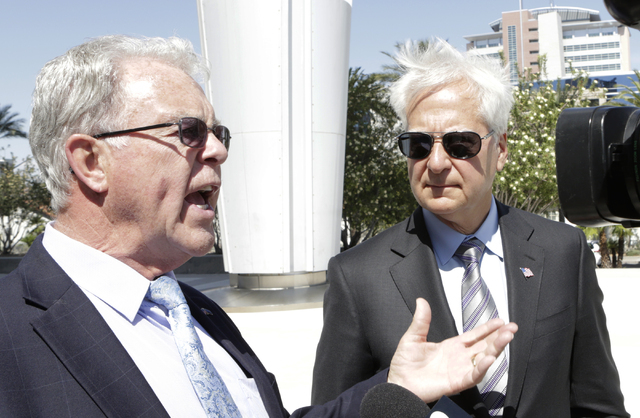 Nationally known lawyer Larry Klayman has asked a federal appeals court to overrule a Nevada judge who refused to allow him to defend rancher Cliven Bundy in the Bunkerville standoff case.

In papers filed this week with the 9th U.S. Circuit Court of Appeals, Klayman argued that Chief U.S. District Judge Gloria Navarro has twice erroneously denied his bid to join Bundy’s defense team, violating Bundy’s constitutional right to a lawyer of his choice.

“If Mr. Bundy does not have Mr. Klayman to work with Mr. Hansen, Mr. Bundy will not have an experienced and full defense team with sufficient resources to adequately defend him,” the lawyers wrote.

With Bundy and 18 other defendants facing a Feb. 6 trial before Navarro,“time is ticking,” the lawyers said. Bundy risks life in prison if convicted of felony charges stemming from the April 12, 2014, armed standoff with law enforcement near his Bunkerville ranch.

Navarro has refused to let Klayman into the high-profile case until he can give her proof that “ethical disciplinary proceedings” against him in Washington, D.C., have been resolved in his favor.

But Klayman argued that is an impossible task because those proceedings will not be formally resolved until long after the criminal case against Bundy is over.

Klayman contends Navarro has an “extra-judicial bias and prejudice” against Bundy because she was appointed by President Barack Obama at the recommendation of U.S. Sen. Harry Reid, D-Nev., who has been openly critical of the rancher.

Earlier this year, Navarro refused to get off the criminal case, and Klayman filed a lawsuit in federal court to try to get her removed.