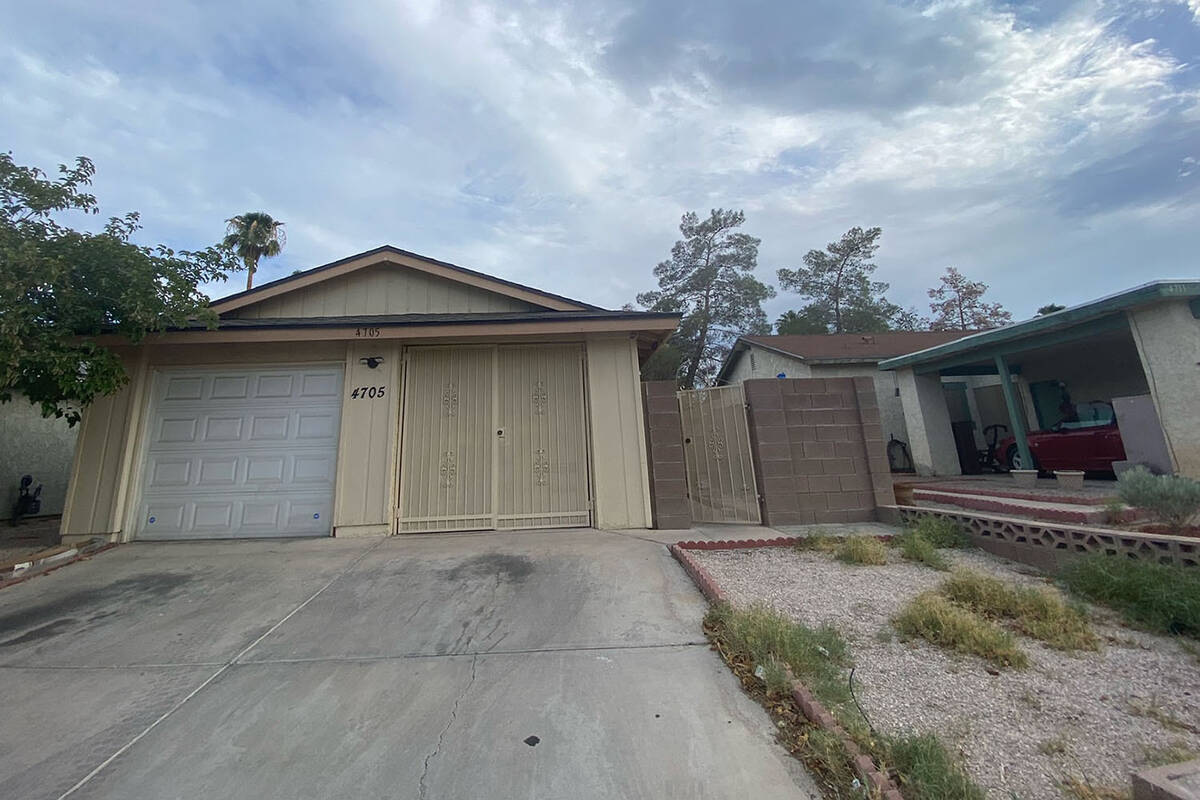 A house at 4705 Via San Rafael, near West Flamingo Road and South Decatur Boulevard, that Las Vegas police suspect was a place of prostitution. (Brett Clarkson/Las Vegas Review-Journal) 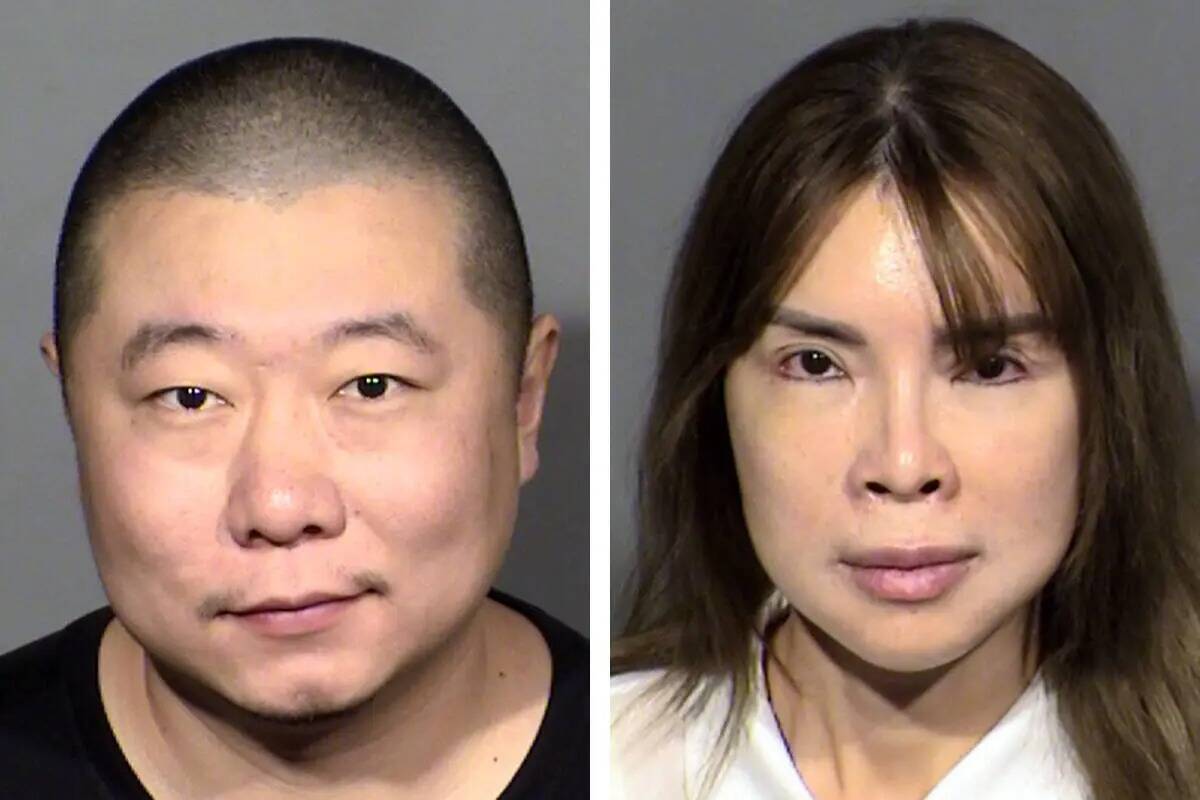 On a street where children play and dogs bark, the illicit brothel hid in plain sight.

There were no neon signs, nothing to indicate what was going on inside the small tan-colored house at 4705 Via San Rafael, near West Flamingo Road and South Decatur Boulevard.

What gave it away was the sheer number of men visiting the house. In a two-week stretch, police investigators doing surveillance on the unremarkable little home counted 196 men going in and out.

The problem was not only the illegality of the prostitution, but what Roberts said was the trafficking of the woman found inside the house. Far from being a willing sex worker, Roberts said, she was actually a victim.

“She was from China,” Roberts said. “She was brought over here and kind of made her way from the East Coast over to Vegas, and again, was put in there to work.”

According to the United Way of Southern Nevada, the Silver State ranked 10th in the nation in 2017 for the number of human trafficking cases reported to the National Human Trafficking Hotline.

Nevada ranked second in the U.S. for the number of sex trafficking cases per 100,000 residents.

In Clark County, unlike other Nevada counties, prostitution is against the law. There are no legal brothels in the county that is home to Las Vegas.

So when brothels do pop up in Sin City, as some inevitably do, they must operate under the radar.

It’s up to law enforcement to investigate them and shut them down, but they can’t always do it alone, Roberts said. The bust of the Via San Rafael brothel is an example of that.

On June 30, a resident told a patrolling Metro police officer that the house appeared to be a drug den. The officer wondered if the problem was prostitution, an arrest report stated.

Later that day, at the behest of the concerned citizen, the police officer pulled over a pickup truck leaving the house and spoke to the driver, police said. He had paid an Asian woman $200 for “Full Service” after seeing an ad online.

That officer notified Metro’s vice section, Roberts said, and the investigation got underway.

About eight weeks later, on Aug. 17, two people, Heng Van Ho Bernardo and Yuxiang Tian, were arrested on charges of encouraging a brothel, living from the earnings of prostitution, pandering and money laundering.

But the takedown of such a criminal enterprise isn’t just to put a stop to the sex work happening behind closed doors. It’s to free a victim or even victims from their nightmarish existence, Roberts said.

Brenda Sandquist is executive director of Xquisite, a Carson City-based nonprofit organization that works with victims of human trafficking, sexual assault and domestic violence to get them the help they need as they move on past their trauma.

Sex trafficking victims each have their own unique needs based on what they have had to endure, but in general, survivors bear the same mental scars as those who have survived a war zone.

“It’s a long process,” Sandquist said. “The PTSD is equal to war combat, the Afghanistan war combat victims. It’s high. It takes a lot of mental health (treatment), and loving them where they’re at.”

But other experts say the best route to combating sex trafficking is to make all sex work legal in Clark County and across the country because it would enable actual victims to come forward without fear of arrest.

“I want it decriminalized everywhere,” said Amy-Marie Merrell, executive director of The Cupcake Girls, a Las Vegas-based nonprofit organization that helps provide resources to sex trafficking victims and sex workers. “And that’s why I’ll fight for it until the day I die.”

The investigation into the illicit brothel on Via San Rafael continues, even though arrests of the two alleged brothel keepers have been made, Roberts said. Financials and possible links to organized crime are being probed.

None of the men who paid for service at the brothel were arrested, Roberts said.

Sandquist said she gets that sometimes police ignore the small fish in pursuit of the big fish. If the “johns” were to be arrested, the traffickers would presumably be tipped off that police are watching. The case would be blown, and the risk is that the trafficking victim could be moved elsewhere.

At the end of the day, the demand for paid sex in Nevada needs to be curbed, Sandquist said.

“In my opinion, they should all be arrested and have their pictures on the news,” she said. “I don’t think they’re arresting enough buyers, for sure.”

There is also the question of whether the case will be prosecuted at the federal level. The current U.S. Attorney, Jason Frierson, has said he would prioritize sex trafficking cases.

But the challenge in prosecuting trafficking charges, police and prosecutors say, is getting victims, who might be too scared of their captors, to testify. This is why some cases that appear on the surface to be trafficking cases aren’t always prosecuted as such.

Securing a trafficking conviction in the absence of victim cooperation is often difficult, experts have said.

In the Via San Rafael brothel case, the victim has been cooperative, but Roberts declined to speak in detail about her.

The case still could be picked up by federal prosecutors, he said.

“Our district attorney has the case, so the case is going through,” Roberts said. “And our federal partners are also part of the human trafficking task force, so they still are involved, and they’re looking at it. So we don’t know which route it’s going to go.”