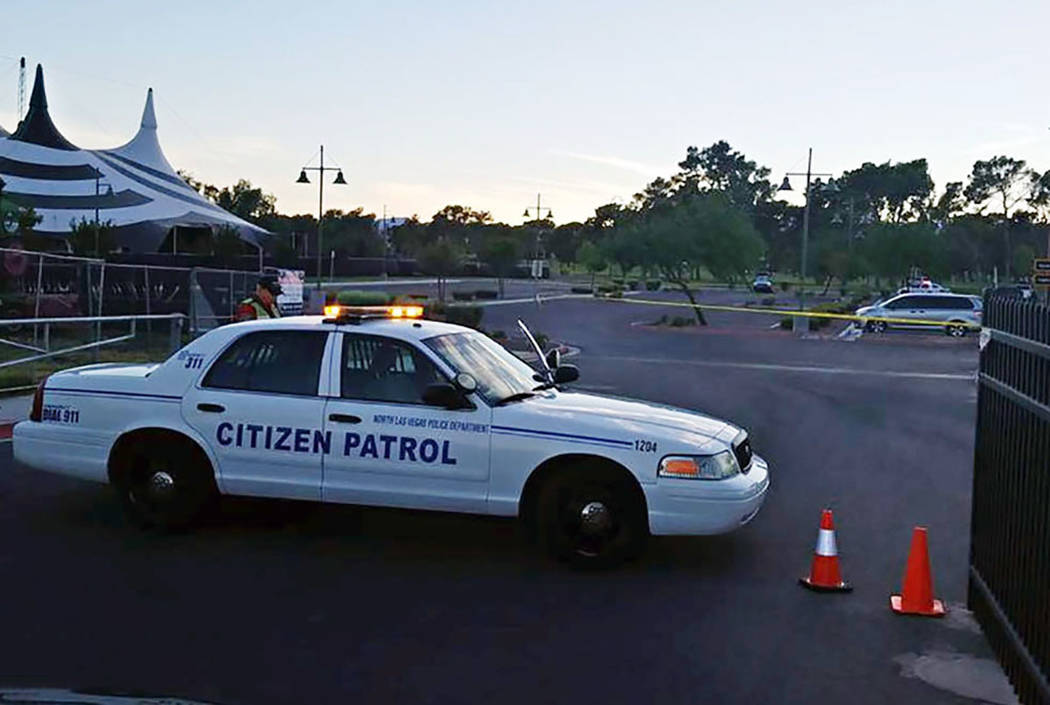 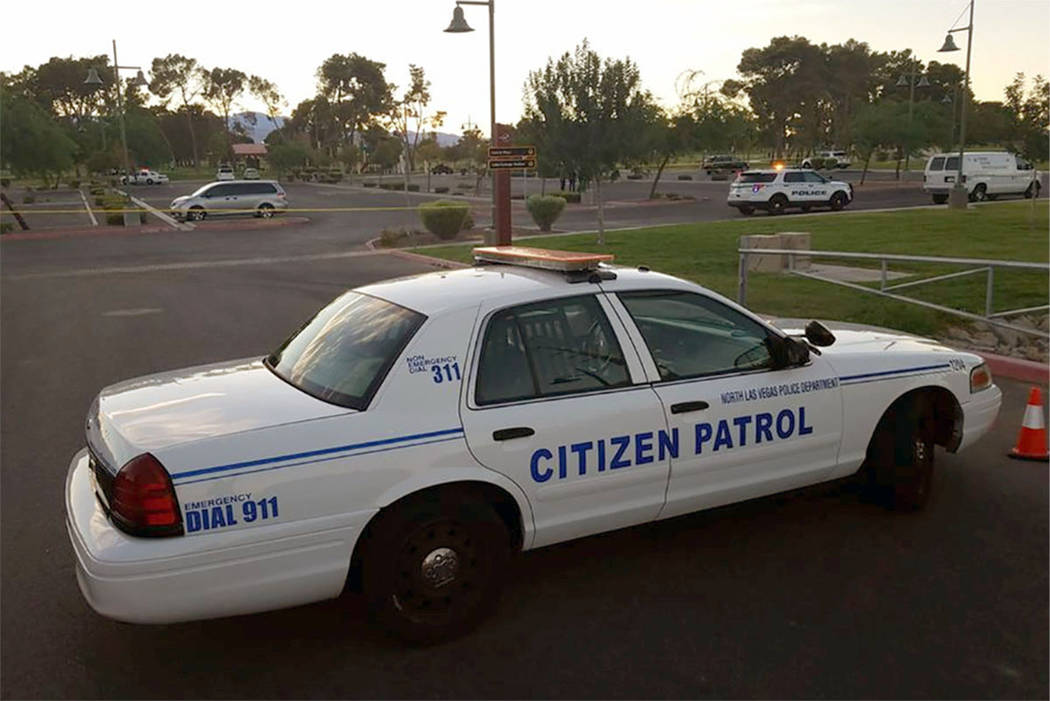 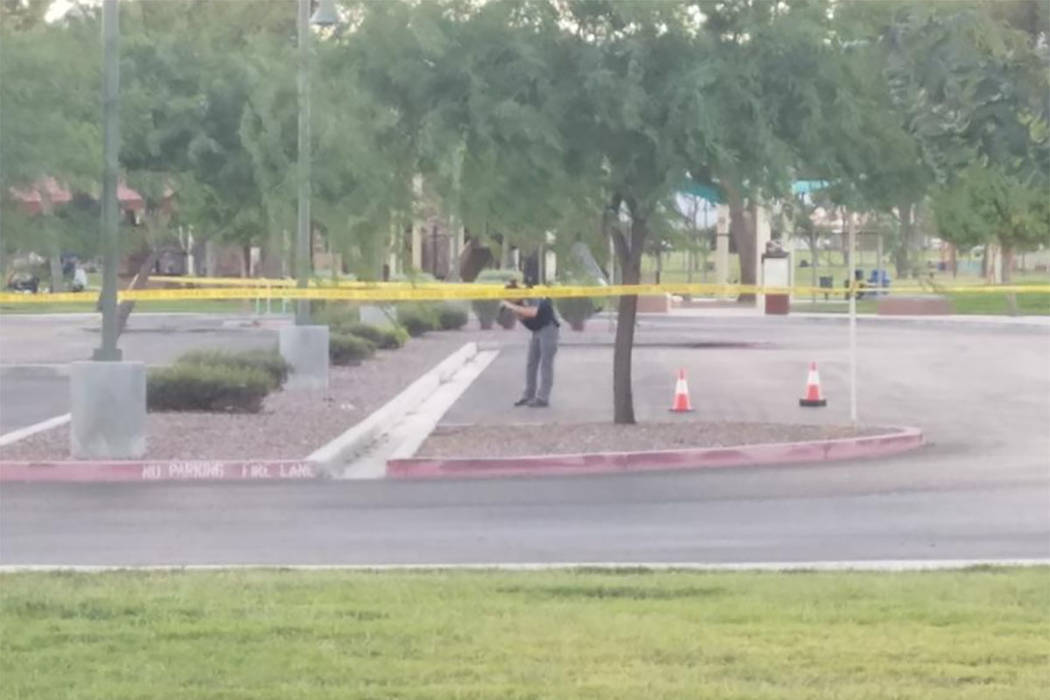 A man killed Thursday evening at a North Las Vegas park has been identified.

He was 26-year-old Dylan Dubois of Las Vegas, the Clark County coroner’s office said. He died of a gunshot wound to the chest.

North Las Vegas police said Dubois was shot about 5:10 p.m. in a parking lot on the east side of Craig Ranch Regional Park, 628 W. Craig Road. He died at University Medical Center.

“This is something that we never want to see,” police spokesman Aaron Patty told media at the scene.

The shooting didn’t appear to be random, he said. A police release Friday morning said there was a dispute between Dubois and another man before he was shot.

A few people were in the area at the time, Patty said. Police are asking for members of the public to reach out if they have any information related to the shooting.

“Sometimes it’s that one piece that’s that one nugget that we needed to take us further in the case and allow us to find the suspect,” Patty said.

A family pushed strollers as they walked past the scene at the park Thursday evening, and children played basketball and rode skateboards in other unaffected areas of the roughly 170-acre park.

The Clark County coroner’s office will release the deceased’s identity after his family is notified.

The homicide marks the 16th investigated by North Las Vegas police this year.