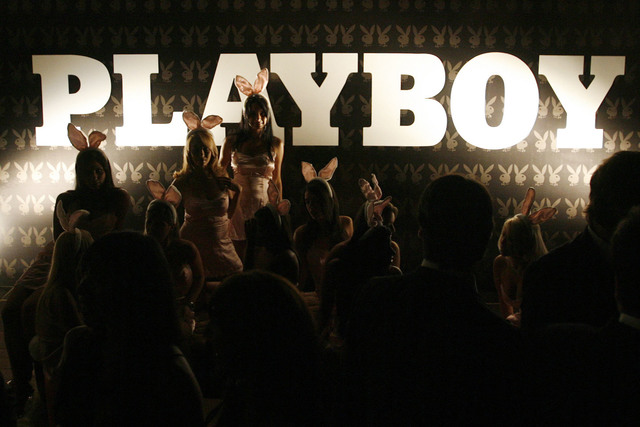 “That battle has been fought and won.”

“You’re now one click away from every sex act imaginable for free,” he said at the time. “And so it’s just passé at this juncture.”

That’s not the case anymore, apparently.

On Monday, a year after publishing its first nudity-free issue, Playboy announced it would once again run pictures of naked women. Chief creative officer Cooper Hefner, the 25-year-old son of founder Hugh Hefner, said the magazine never should have banned nudity.

The March/April issue of the magazine will feature photos of Playmate Elizabeth Elam on a cover that says “Naked is normal,” an interview with Scarlett Johansson, a profile of CNN political commentator Van Jones and a piece on the hip-hop outfit Run the Jewels.

“I’ll be the first to admit that the way in which the magazine portrayed nudity was dated, but removing it entirely was a mistake,” the younger Hefner wrote on Twitter. “Nudity was never the problem because nudity isn’t a problem. Today we’re taking our identity back and reclaiming who we are.”

Playboy’s first issue without nude photos came out in February 2016, ending a more than six-decade run of glossy centerfolds featuring young women baring it all. The magazine still featured “sexy, seductive pictorials of the world’s most beautiful women, including its iconic Playmates,” as Playboy put it at the time. Generally speaking, the goal was to attract a younger demographic of readers and more mainstream advertisers.

The move was met with a mix of ridicule and confusion.

“Old Playboy was a lifestyle bible,” BuzzFeed culture writer Anne Helen Petersen jabbed. “Current Playboy is a caricature of itself.”

Bringing back nudity may not solve all the magazine’s problems, Samir Husni, a journalism professor at the University of Mississippi, told the Associated Press Monday.

“The people who grew up with Playboy magazine are starting to fade away,” Husni said, “so they will have to figure out what the millennial generation wants in the 21st century if they are going to survive.”

In a post on the Playboy website, Hefner outlined a “new Playboy philosophy,” in which he suggested that the decision to reembrace nudity was partly rooted in the country’s political and cultural climate. He ticked off a list of “collective accomplishments” from the past few years: the election of the first “mixed-race” president (his term), a Supreme Court ruling in favor of same-sex marriage, marijuana legalization in some places, the nomination of a woman by a major political party.

“But after so much progress,” Hefner wrote, “our hard-won victories are in peril. Just as the social and political pendulum had swung in liberals’ favor, as history has shown time after time, the pendulum swings back.”

The current climate, Hefner said, is out of step with Playboy’s “tradition of tenaciously advocating for civil liberties and freedom of expression.”

“One thing is clear that both my dad and I understand at its simplest form, and that is what Playboy and the United States strive to represent in their greatest forms: freedom,” Hefner wrote.

Playboy promoted the change on social media with the hashtag #NakedIsNormal.

Playboy said it would remove the slogan “Entertainment for Men” from the cover. “Playboy will always be a lifestyle brand focused on men’s interests,” Hefner said, “but as gender roles continue to evolve in society, so will we.” 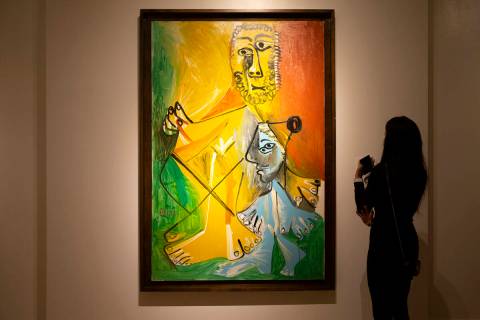 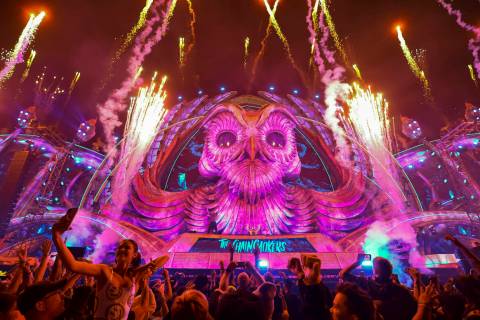 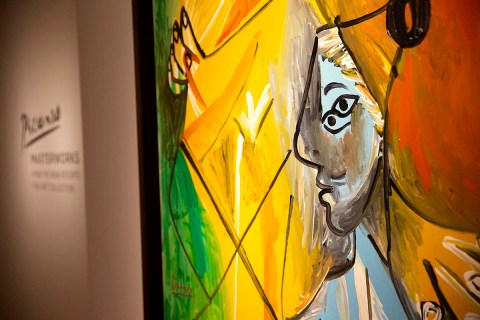 Eleven works of art by Pablo Picasso are being auctioned at Bellagio on Saturday. 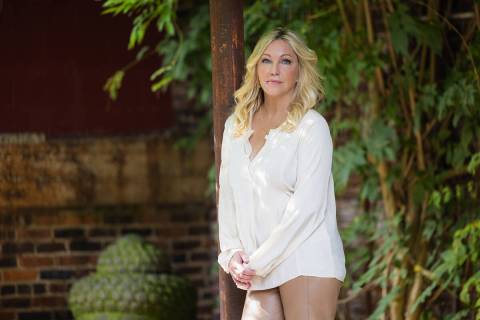