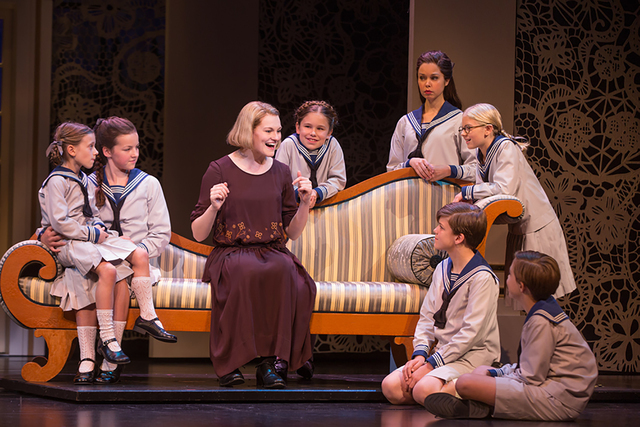 New governess Maria Rainer (Kerstin Anderson) introduces the Von Trapp children to the magic of music by singing "Do, Re, Mi" in the new "Sound of Music" tour. MATTHEW MURPHY/COURTESY THE SMITH CENTER FOR PERFORMING ARTS 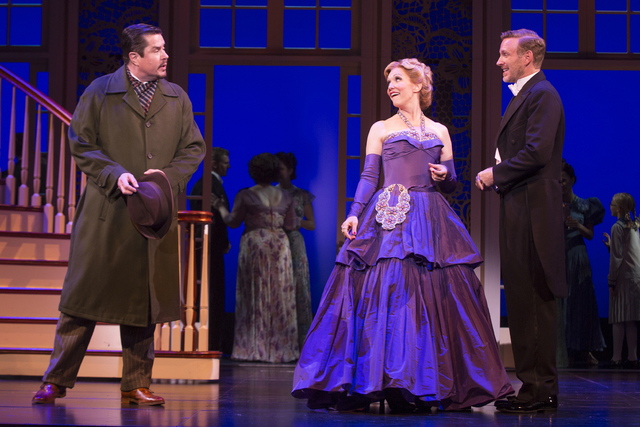 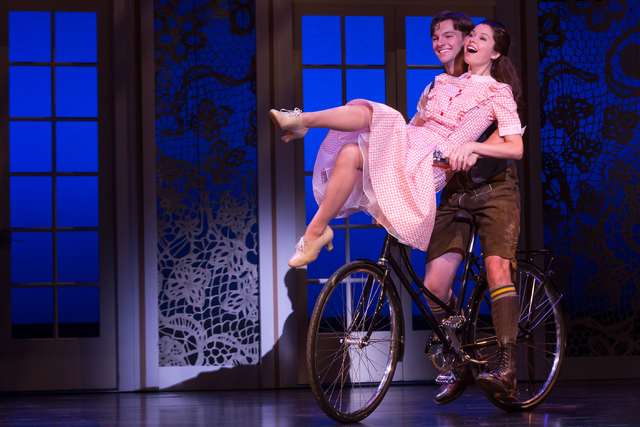 Liesl Von Trapp (Paige Silvester) explores the complications of being "16 Going on 17" with Rolf Gruber (Dan Tracy) in the new "Sound of Music" tour. MATTHEW MURPHY/COURTESY THE SMITH CENTER FOR THE PERFORMING ARTS 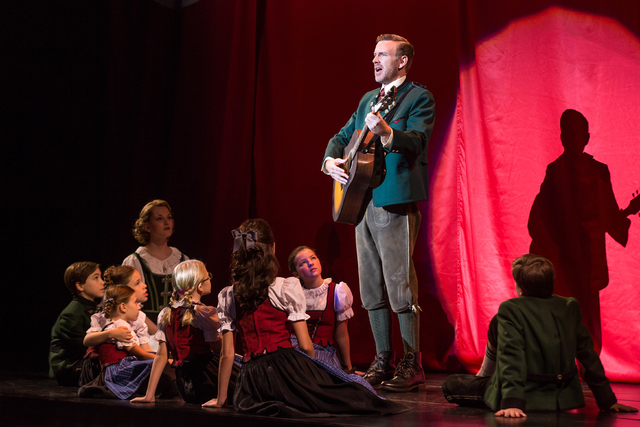 As Maria and the Von Trapp children look on, Capt. Georg Von Trapp (Ben Davis) performs "Edelweis" in the new "Sound of Music" tour, opening Tuesday at The Smith Center. MATTHEW MURPHY/COURTESY THE SMITH CENTER FOR THE PERFORMING ARTS 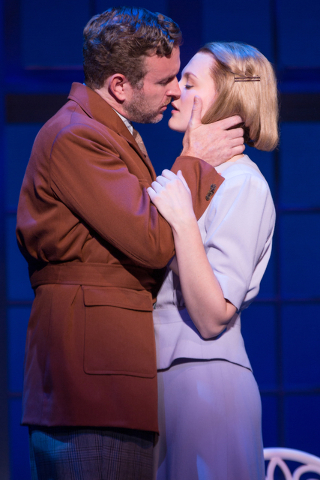 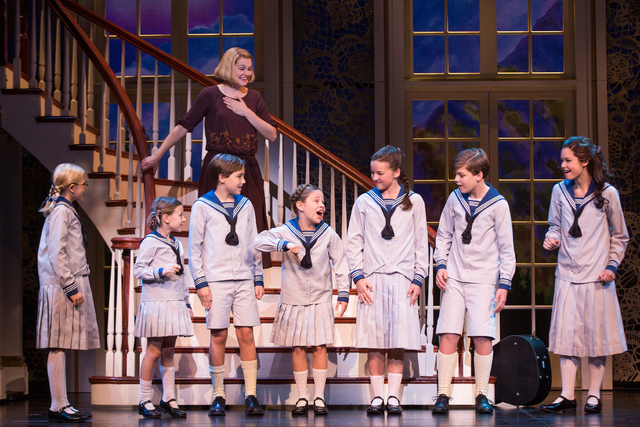 The Von Trapp children meet their new governess, Maria (Kerstin Anderson) in the new production of "The Sound of Music," which returns to the original Broadway script. MATTHEW MURPHY/COURTESY THE SMITH CENTER FOR THE PERFORMING ARTS 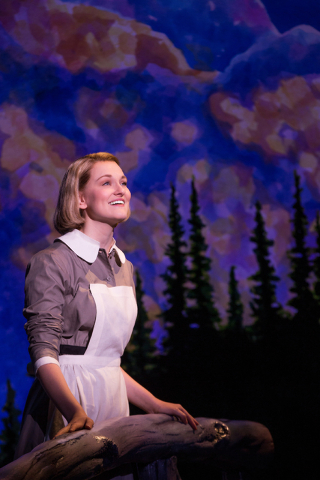 Kerstin Anderson was a college sophomore when she won the role of Maria in "The Sound of Music's" new touring production; she turned 21 during technical rehearsals. MATTHEW MURPHY/COURTESY THE SMITH CENTER FOR THE PERFORMING ARTS

You may think you know “The Sound of Music.” Doesn’t everyone?

After all, he’d seen the Broadway original, which opened in November 1959 — from a standing-room-only vantage point, no less, and remembered only one thing about it: the “clarion sound” of star Mary Martin’s unamplified singing voice.

What’s more, he had “a very strong memory of the movie.” (Again, who doesn’t?)

That 1965 Oscar winner, one of the biggest hits in Hollywood history, permanently enshrined “The Sound of Music” — the Rodgers and Hammerstein musical about a young postulant who leaves her convent in 1938 Austria to become governess to a widowed naval officer’s seven children — in America’s pop-culture consciousness.

O’Brien should know. Because that’s exactly what the Theater Hall of Fame director (whose Tony-winning credits range from “Hairspray” to Shakespeare’s “Henry IV”) discovered when he first signed on to direct a national tour of “The Sound of Music,” which opens a 16-performance run Tuesday at The Smith Center’s Reynolds Hall.

The show’s indelible Rodgers and Hammerstein score — one that ranges from “My Favorite Things,” “Do-Re-Mi,” “Edelweiss” and “Climb Every Mountain” to the soaring title song — is “so familiar and so beloved,” O’Brien notes in a telephone interview from his East Coast home, “it’s like stepping onto a raft.”

And aboard that raft of song, “you float down the river, heading downstream, then get off the raft and go on a picnic — but you pay no attention to what’s going on,” according to the director.

O’Brien certainly hadn’t — until he and “Hairspray” producer Margo Lion were in Moscow on a State Department tour, “seven or eight years ago,” and agreed to stop by a technical rehearsal of “The Sound of Music” — in Russian.

Despite the “Eurotrash” set design, O’Brien was struck by the “charming” young performers and thought, “ ‘God, that’s a beautiful score.’ ”

Even so, when Rodgers and Hammerstein organization president Ted Chapin contacted O’Brien about directing a new national tour, O’Brien wondered “ ‘What would I have to bring to it?’ ”

For one thing, his presence as “a Tony-winning director with a passion for the piece,’ ” says Chapin, whose company licenses the legendary duo’s musicals — along with works by, among others, Irving Berlin, Andrew Lloyd Webber and “Hamilton” creator Lin-Manuel Miranda.

After a tour producer requested a new “Sound of Music” (the most popular R&H musical, along with their first, the 1943 landmark “Oklahoma!”), Chapin asked O’Brien to take a look at the original script.

It was created by another legendary theatrical team: Howard Lindsay and Russel Crouse, who also wrote musicals for Cole Porter (“Anything Goes”) and Berlin (“Call Me Madam”), to say nothing of such hit comedies as “Life With Father” and “Arsenic and Old Lace.”

Yet the original stage script, in O’Brien’s view, offered “an absolute casebook on how to distill and get humor and pathos and jokes and Nazis” on stage.

Including the imminent Nazi threat that provides dramatic heft, according to associate director Matt Lenz — a longtime O’Brien collaborator (“Hairspray,” “Catch Me If You Can”) who recently directed the premiere of the new comedy musical “Idaho!”

Working on the show has been “a really enlivening creative process,” according to Lenz, who’ll be rehearsing a few new ensemble members in Las Vegas during the show’s Smith Center run. “Jack just astonishes me with his ability to shine a light on things.”

Although the original “Sound of Music” was conceived as a star vehicle for Martin (who was 46 years old when she created the role), O’Brien decided that the central role of Maria wasn’t a star role at all, but a “star-making part,” he maintains.

Which is exactly what happened when college sophomore Kerstin Anderson auditioned, looking “like a girls’ field hockey player,” O’Brien recalls. Anderson’s scheduled to leave the show in January (the tour has “another year and a half on the road,” according to the director), “but now that we’ve discovered the secret, it’s not like, ‘Oh, my God, we need a big star,’ ” he says. “The piece is its own star.”

And the star-making process?

“It was like awakening ‘Sleeping Beauty,’ ” O’Brien says of directing this new “Sound of Music” tour. “It’s not just a pretty musical, it’s a consequential one.”