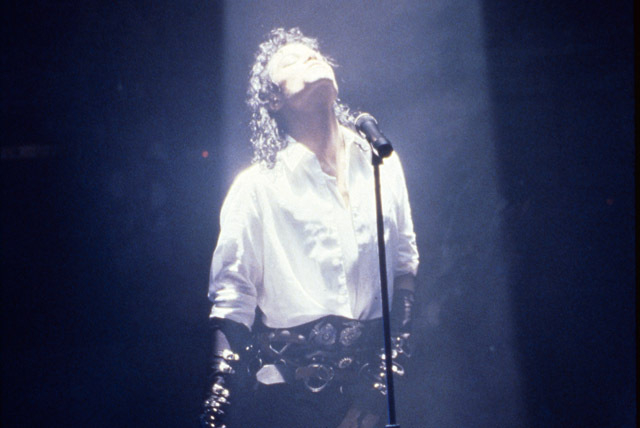 The Billboard Music Awards will feature a Michael Jackson surprise that has “never, ever been done before at any time on any level.” (Courtesy) 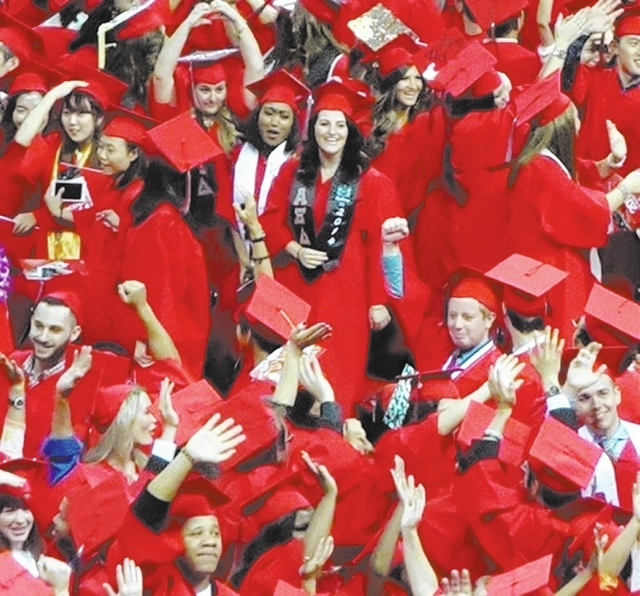 (Norm Clarke/Las Vegas Review-Journal) A female student making a “hand heart” with her fingers and student government leader, Travis John Elway Timm of Denver, with an upraised fist, are seen among the sea of red-robed celebrants at UNLV graduation ceremonies on Saturday, May 17, 2014. Yes, that is Timm’s given name, from a father who worships the Broncos’ Hall of Fame quarterback. Timm is the Senate president pro tempore of UNLV’s student government and interim president for the summer.

Producers of the Billboard Music Awards, hosted tonight by the MGM Grand, had to deal with some 11th-hour drama.

The show airs on tape delay at 8 tonight on KTNV-TV, Channel 13.

One issue went before a federal judge for a decision on an emergency lawsuit and the other required a visa ruling from the State Department.

The first crisis involved the use of a Michael Jackson hologram. The second issue was settled when the U.S. State Department issued a work visa to Brazilian singer Claudia Leitte.

Two tech companies filed a lawsuit to halt the use of the hologram.

Hologram USA and Musion Das Hologram Ltd., alleged that one of their products was being used without their permission by a competitor to create an image that will depict Jackson performing “Slave to the Rhythm” from his posthumous new album “Xscape.”

The suing companies own the rights to the technology that produced a Tupac Shakur hologram at the 2012 Coachella Valley Music and Arts Festival.

Leitte will be allowed to open the Billboards with a collaboration with Jennifer Lopez and Pitbull. They will sing “We Are One (Ole, Ola),” the official anthem of the 2014 FIFA World Cup in Brazil.

Given the choice of Game 7 of the NHL Western Conference finals on Friday or a Las Vegas getaway, former L.A. Kings owner Bruce McNall went with Las Vegas.

McNall, who brought Wayne Gretzky to Los Angeles in 1988, was at the Golden Nugget, taking in headliner Gordie Brown’s show.

Afterward, the fellow Canadians dined at Vic &Anthony’s steakhouse at the Nugget. McNall missed the Kings’ 6-2 win over their crosstown rivals, the Anaheim Ducks.

They had met in the early 1990s when Brown was Paul Anka’s opening act. “The All-Star game was in Philadelphia and he flew down to Atlantic City to see Paul’s show,” Brown said.

My favorite moment during UNLV’s commencement ceremonies Saturday at the Thomas &Mack Center?

When it was announceed the youngest graduate was 18; the oldest 71.

A photo I took of UNLV graduates celebrating during the ceremonies wound up on Andre Agassi’s Twitter feed that has 206,000 followers.

The photo, one of several I tweeted, featured a female student making a “hand heart” with her fingers and student government leader Travis John Elway Timm of Denver, with an upraised fist, among the sea of red-robed celebrants.

Yes, that is Timm’s given name, from a father who worships the Broncos’ Hall of Fame quarterback. Timm is the senate president pro tempore of UNLV’s student government and interim president for the summer.

Agassi’s Twitter bio reads: “Each of us — parents, advocates, educators &legislators, has a responsibility to help children reach their potential. #EDUCATION #NeverQUIT.”

Country star Luke Bryan, causing widespread heart flutter at Crush (MGM Grand) on Friday. He dined with his wife, Carolyn Boyer. Bryan was in town to perform in the Billboard Music Awards. … Taking in “Absinthe” (Caesars Palace on Friday: Kevin McHale of “Glee,” actress Camryn Manheim, Sara Rue of “Rules of Engagement” and Lamorne Morris of “New Girl.” They were in town for the Poker for Hope charity poker tournament at Caesars Palace.

“It got up to 101 degrees in Hollywood today. Although with the wind chill it was 98 degrees.” — Jimmy Kimmel