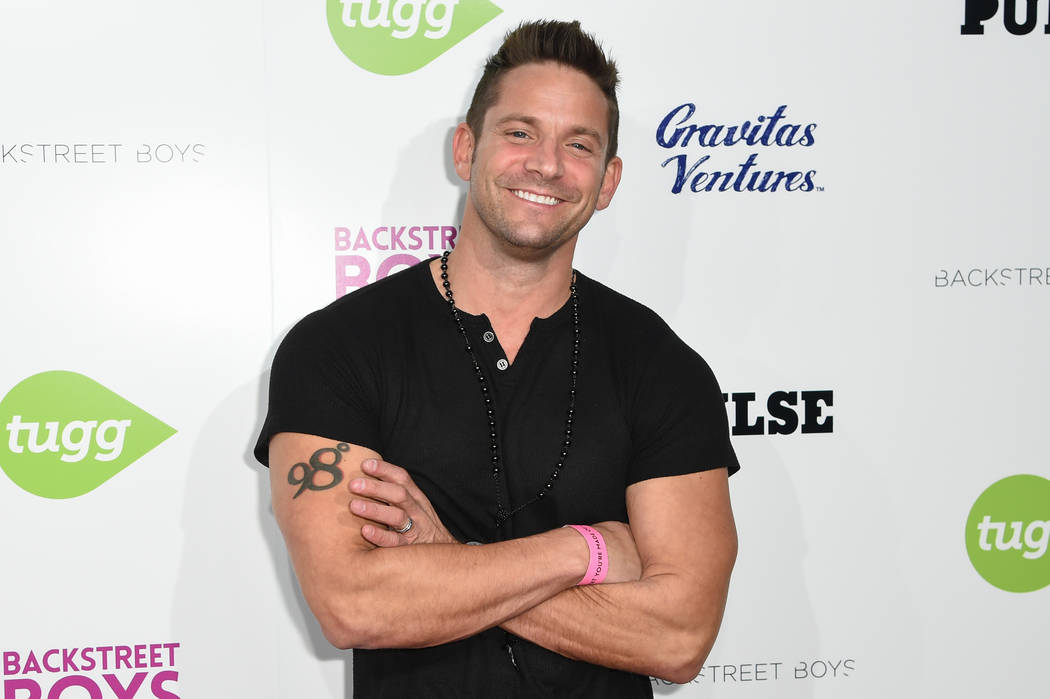 Jeff Timmons arrives at the “Backstreet Boys: Show ‘Em What You’re Made Of” premiere at the Arclight Cinemas - Cinerama Dome on Thursday, Jan. 29, 2015, in Los Angeles. (Photo by Rob Latour/Invision/AP) 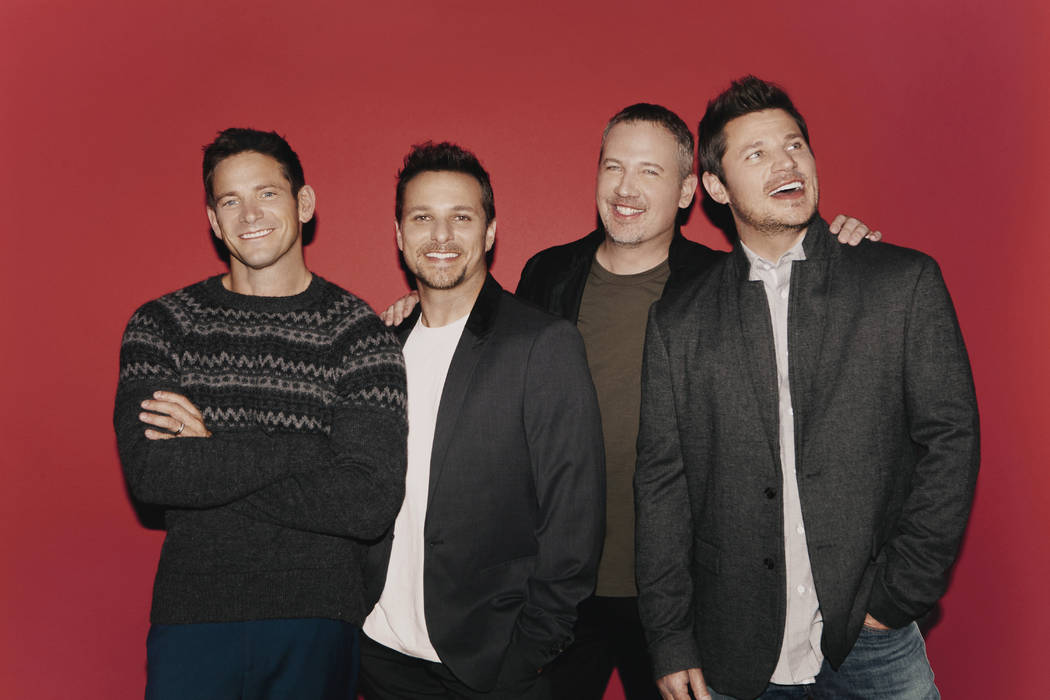 Jeff Timmons is the member of 98 Degrees who lives in Las Vegas. Thus, he understands how to play with house money — on the tables and onstage.

“That’s honestly a great way to put it,” Timmons says, referring to the boy band that came to fame in the late-1990s and still draws throngs today. “We’re in this thing that was extremely successful 20-plus years ago. Now it’s like, ‘Let’s just keep going with it.’ The only thing now is to have a ton of fun.”

The reunited lineup of Timmons, Justin Jeffre, and brothers Nick and Drew Lachey are playing a holiday-themed show at 8 p.m. Saturday at Green Valley Ranch Grand Events Center. The performance follows the release of their first full Christmas album in nearly 20 years, “Let it Snow,” from 2017. The group also toured a year ago, and might launch a new tour next summer. It just seems the 98 Degrees heat wave never subsides.

“This is so different than what we go through individually,” says Timmons, who has attempted to bring the adult production “Men of the Strip” to residency in Las Vegas. “It’s a lot different than creating something from the ground up — taking the intimidating path like putting up a new male revue to entertain a crowd in Las Vegas.”

While “Men of the Strip” went dormant in Vegas in 2017 after a short-circuited attempt to move into the Tropicana, Timmons remains a popular figure in the city’s entertainment community. Timmons is continually on the cusp of a new production — and expect another in 2019, centered on a new boy-band concept, to perform a showcase in March at Orleans Showroom.

Meantime, he’s cruising with his friends of two decades, still sporting the 98 Degrees tattoo on his right biceps (he had that done when the group signed its first record deal with Motown in 1997).

I asked Timmons if he’d ever felt genuine fear over his safety during the band’s heyday. “It was a crazy time, and we went from not being able to catch a cold to having the fans almost flipping our van over.”

“One girl posed as an NBA reporter and made it into our dressing room with a cameraman,” Timmons said. “She was going to interview us, but then someone noticed that the camera’s ‘record’ light wasn’t on and there was no tape in the camera. The credential was fake. We called security and she had this quasi-meltdown, right there in the dressing room.”

Timmons adds, “The thing about 98 Degrees is, we went through all of that together. It’s more than being business partners, or members of the same group. There is a respect for each other personally, having these experiences. It’s just the course of our lives.”