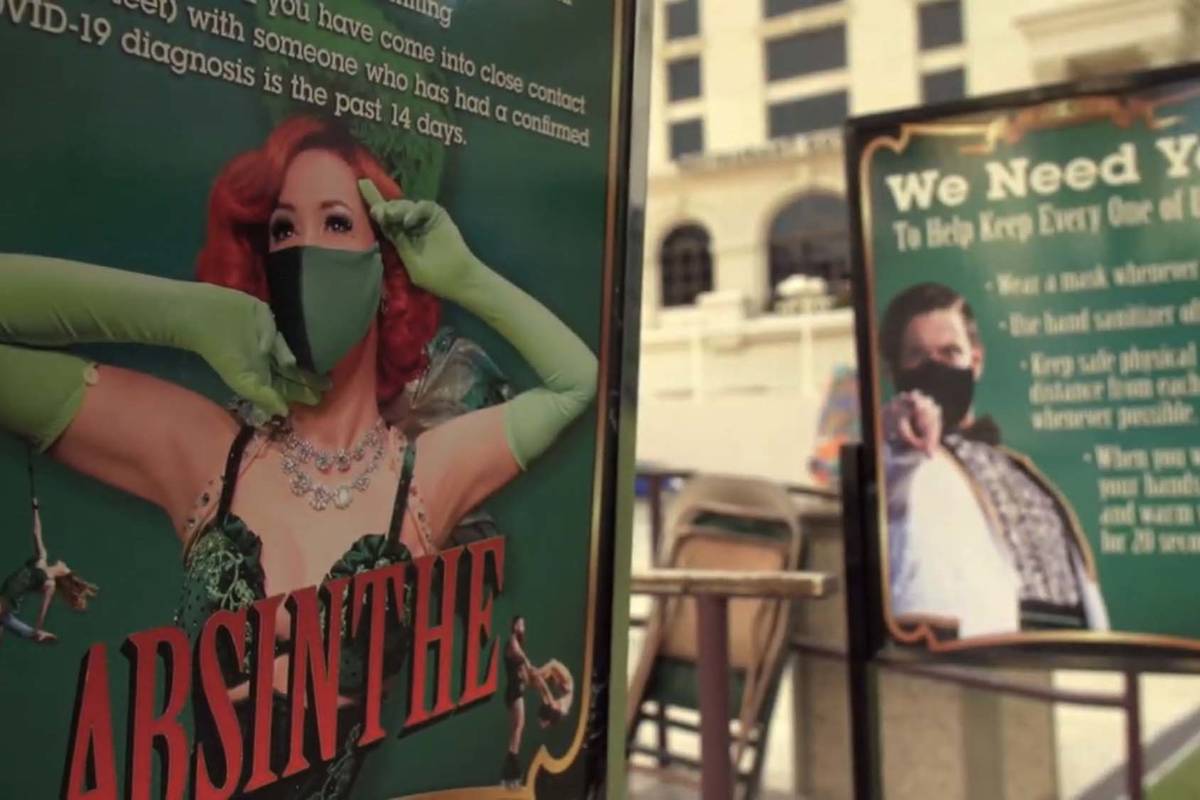 The masked characters Green Fairy and Gazillionaire are shown in the first episode of the "VEGASHITSHOW" YouTube series, chronicling the restart of "Absinthe" at Caesars Palace. (Spiegelworld YouTube) 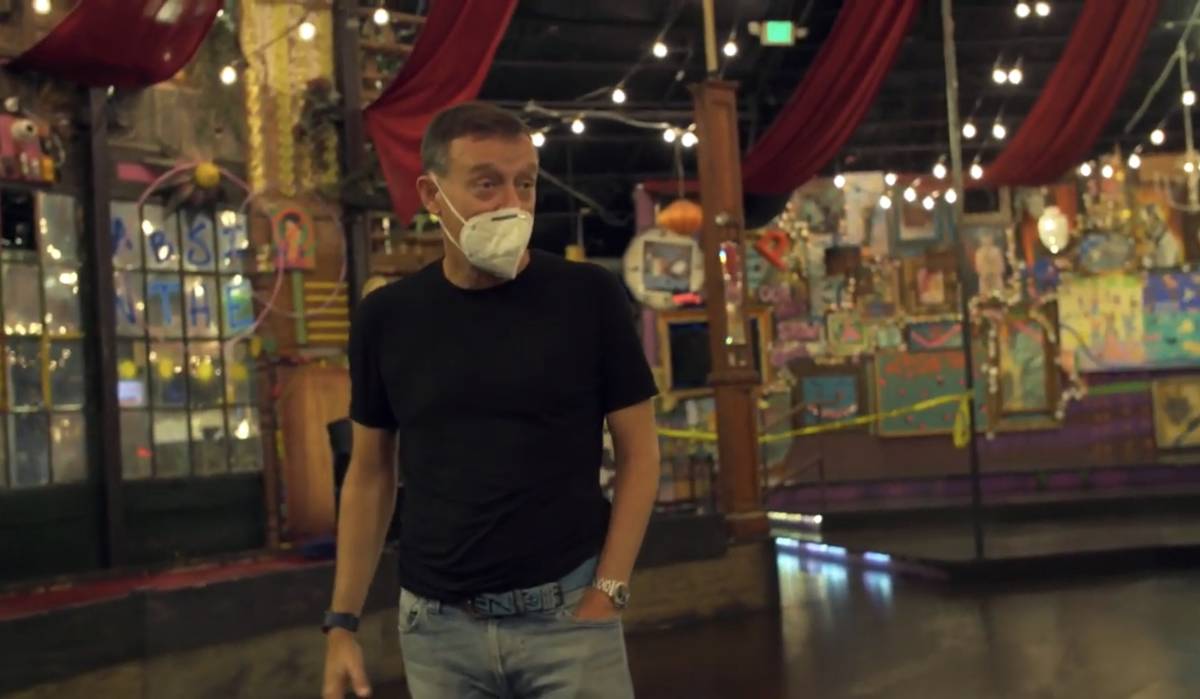 Ross Mollison of Spiegelworld is shown in the first episode of the "VEGASHITSHOW" YouTube series, chronicling the restart of "Absinthe" at Caesars Palace. (Spiegelworld YouTube) 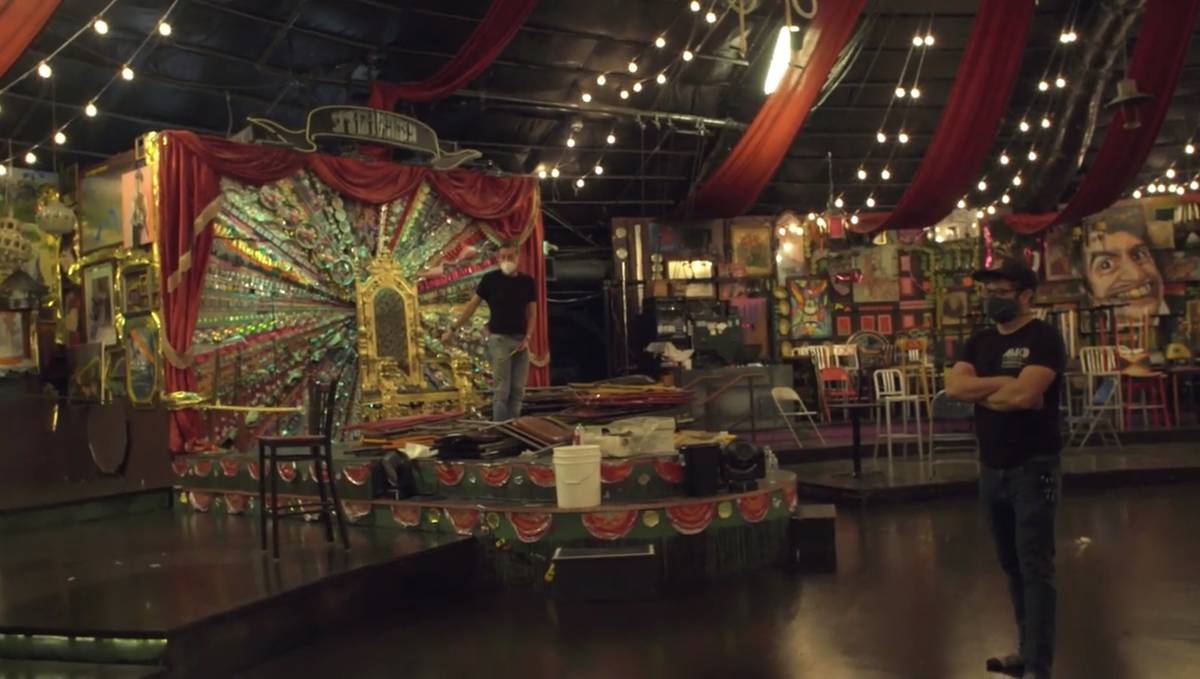 The interior of the "Absinthe" tent is shown in the first episode of the "VEGASHITSHOW" YouTube series, chronicling the restart of "Absinthe" at Caesars Palace. (Spiegelworld YouTube) 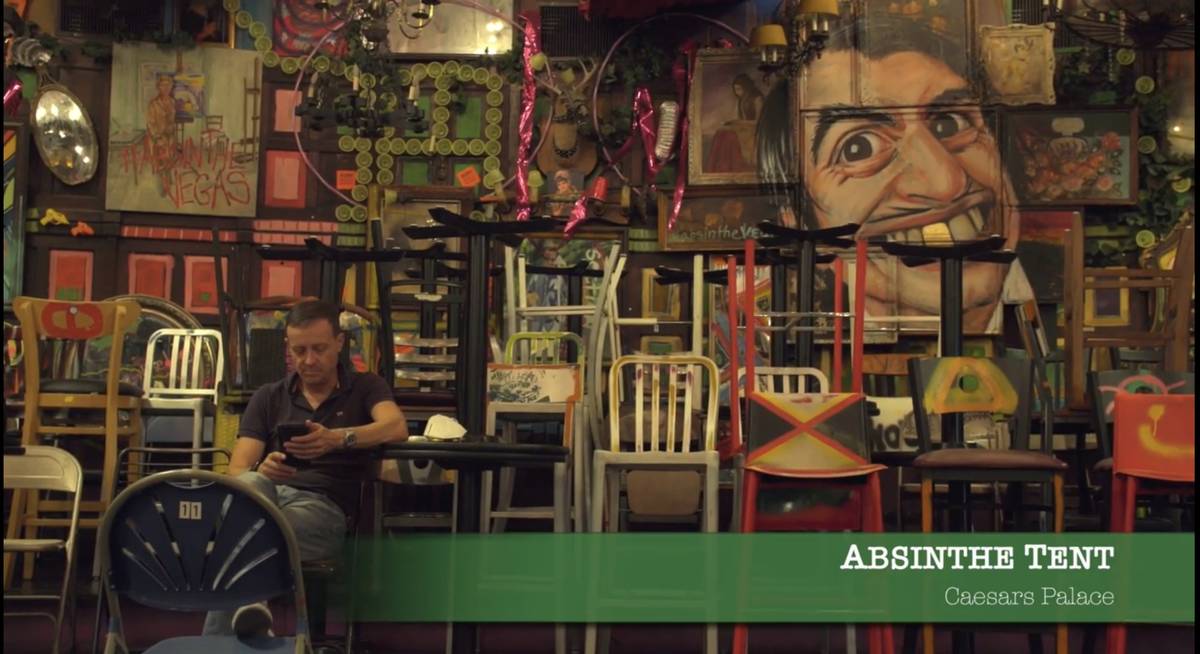 Ross Mollison of Spiegelworld is shown in the first episode of the "VEGASHITSHOW" YouTube series, chronicling the restart of "Absinthe" at Caesars Palace. (Spiegelworld YouTube)

Of all the props used in the staging of “Absinthe,” the most crucial might be a tape measure.

We learn this, and more, in the first episode of a new web series, “VEGASHITSHOW.” The new project is a SpiegelworldTV YouTube project that premiered Wednesday, the day the hit show returned to rehearsals.

In this quasi-documentary, Spiegelworld founder and show producer Ross Mollison talks of “a guideline we didn’t anticipate,” the 25-foot requirement between the stage and the audience. He says the show will play to about 100 if forced into that restriction, and he pulls a tape measure across the stage to be sure.

We also learn that the “Absinthe” stage is no longer at the center of the room. It’s moved to the back deck opposite the venue’s entrance. This creates enough space to seat 153 audience members at cabaret tables.

The show is expected to cut its aerial acts almost entirely, and to mask its performers whenever possible. We have learned that stand-up comics don’t need to be masked in shows in hotel-casinos, which seems to cover (or uncover) the Gazillionaire’s act.

The video intersperses quick clips of news coverage of the pandemic, including Mayor Carolyn Goodman’s infamous give-and-take with Anderson Cooper on CNN, and the dire announcements from March of Vegas entertainment shutting down.

“It’s the entertainment capital of the world, and we need to get entertainment back,” Mollison says. “Our aim is to make Las Vegas proud.”