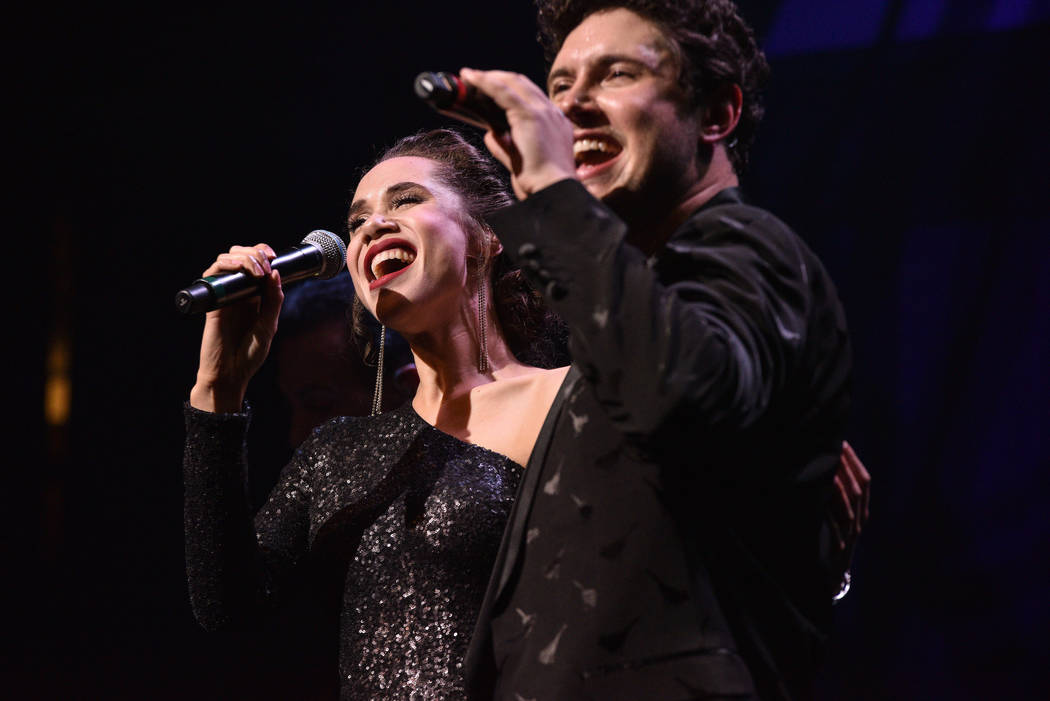 Daniel Emmet and Jaclyn McSpadden are shown in "All That I Am" premiere at Caesars Palace in Las Vegas on Sunday, Aug. 25, 2019. (Killer Imaging) 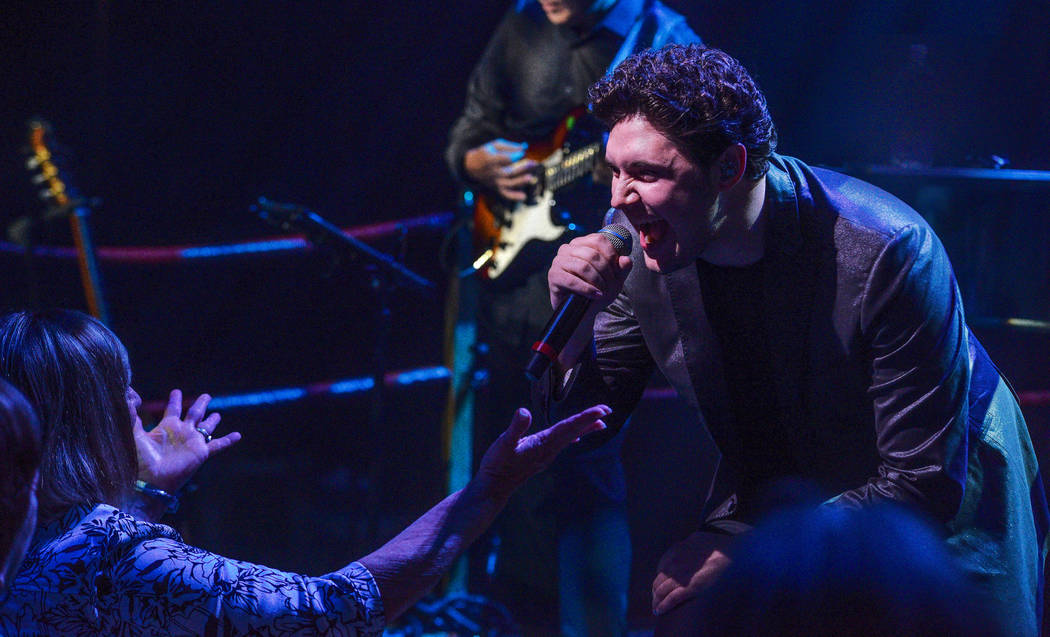 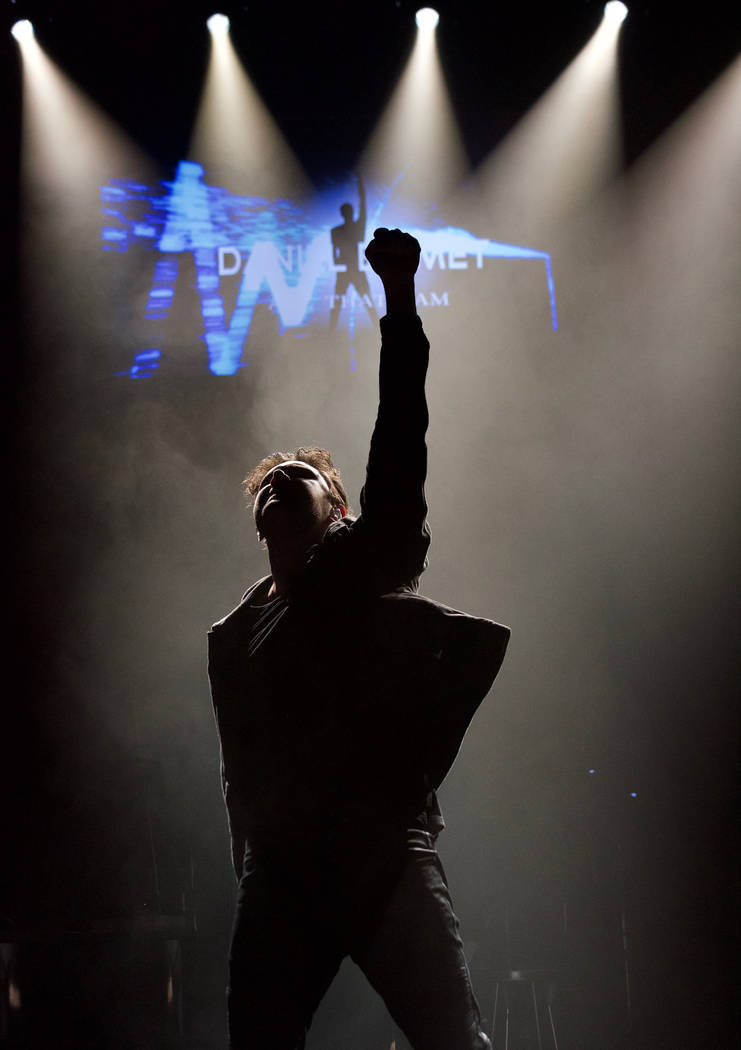 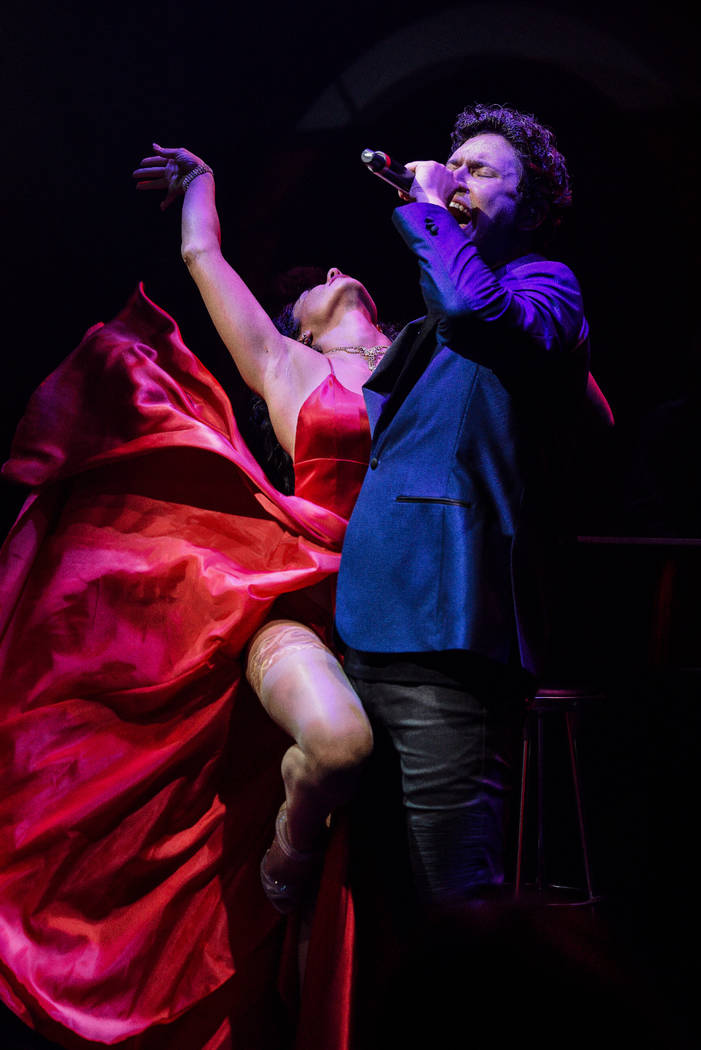 Daniel Emmet and Patricia Bouchebel are shown in "All That I Am" premiere at Caesars Palace in Las Vegas on Sunday, Aug. 25, 2019. (Killer Imaging) 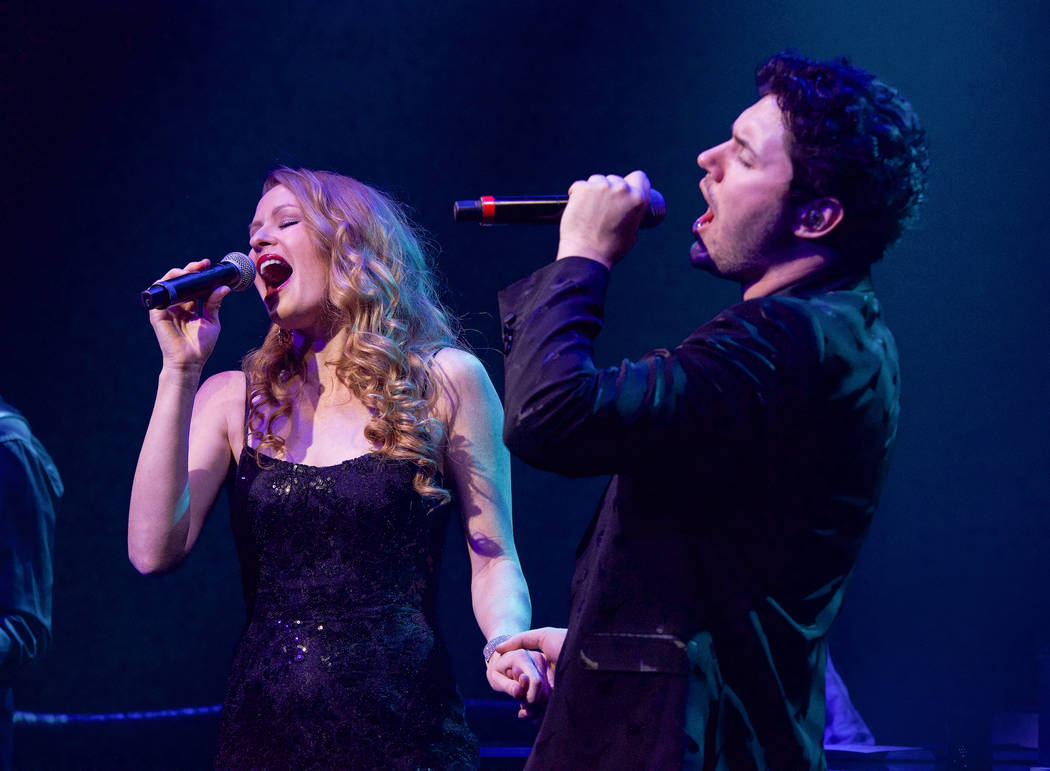 Daniel Emmet and Heidi Webster are shown in "All That I Am" premiere at Caesars Palace in Las Vegas on Sunday, Aug. 25, 2019. (Killer Imaging) 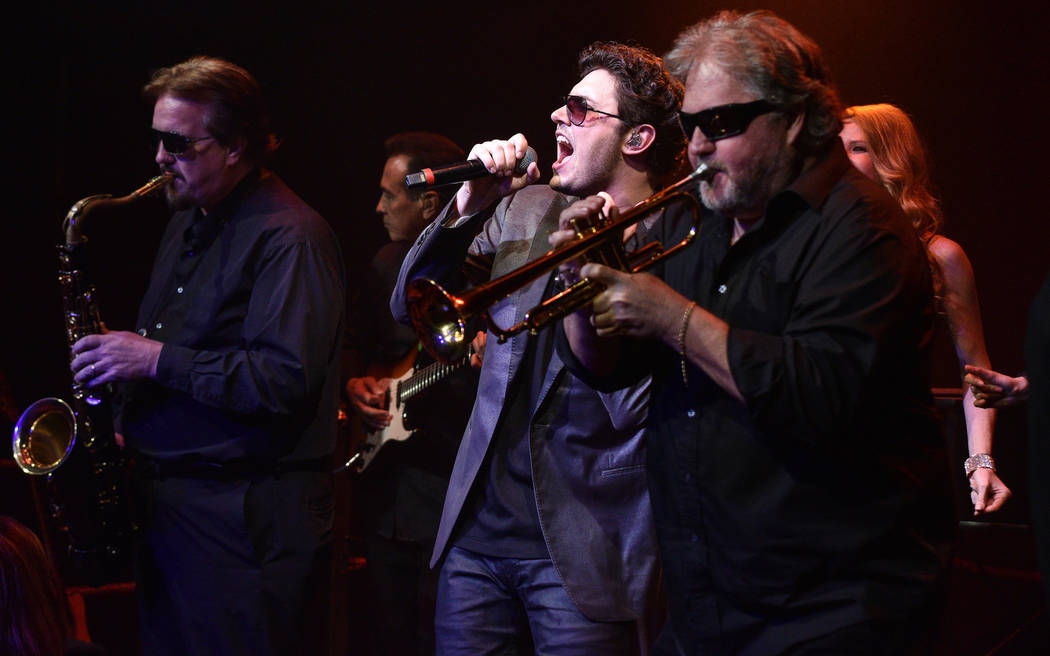 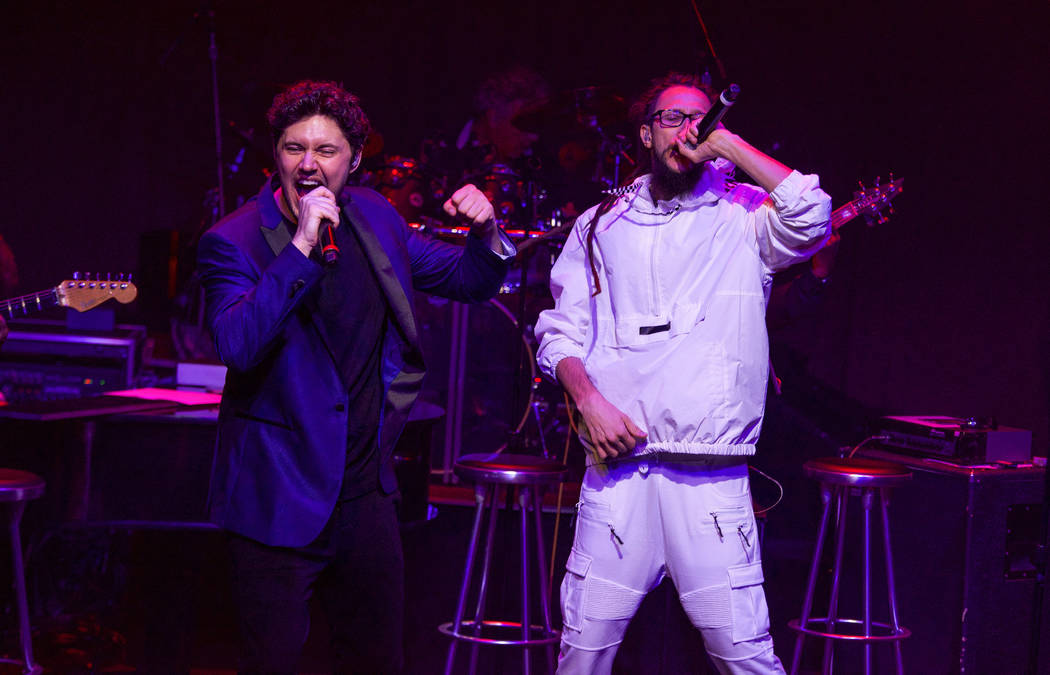 Daniel Emmet and rapper Faded Breezie are shown in "All That I Am" premiere at Caesars Palace in Las Vegas on Sunday, Aug. 25, 2019. (Killer Imaging) 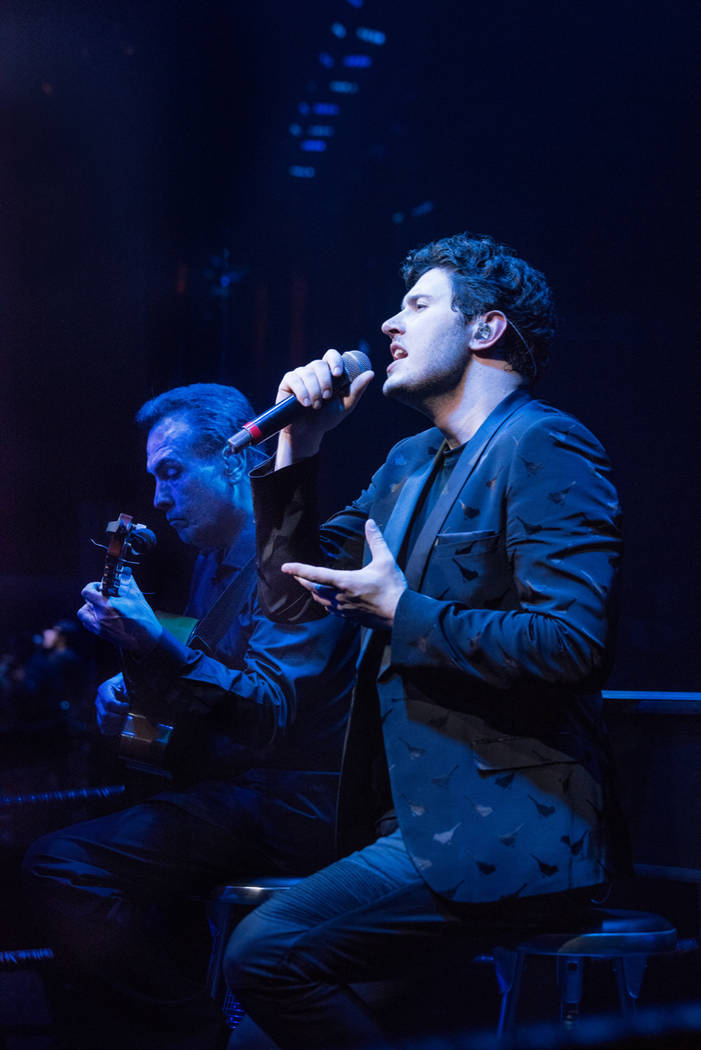 Daniel Emmet and Jerry Lopez are shown in "All That I Am" premiere at Caesars Palace in Las Vegas on Sunday, Aug. 25, 2019. (Killer Imaging)

Daniel Emmet sings in a way that gives you chills. But being stopped in the middle of a song might have been the best thing to happen to the gifted young vocalist.

The moment is now part of Emmet lore: Having advanced to the national-TV segment of “America’s Got Talent” in June 2018, Emmet opened by singing his own song — his first original composition — called “Amante.” Judge Simon Cowell cut Emmet off midway through, demanding he sing another song, “Passera,” made famous by pop-opera ensemble Il Divo.

In short, the entertainment mogul threw Emmet a knuckle ball, and the kid parked it. Emmet learned the song in an hour, delivered a soaring performance. He went on to finish in the series’ top 10 of season 13 (won by magician Shin-Lim, now at The Mirage).

Emmet released “Passera” as a single and video, and he now owns that moment. He revisited that tense and triumphant time Sunday night in opening his “All That I Am” residency series at Caesars Palace (Emmet also performs at 8 p.m. Monday , Sunday, Sept. 6, and Sept. 22-23).

Emmet opened his debut show with “Amante,” then cut himself off to tell the “AGT” story, and blew through “Passera” while smiling through the recollection of receiving the “Cowell Scowl.”

Recording and rehearsing with @danielemmet has already been such an experience. Tomorrow is the big day that we start to rock the stage together! Get your tickets today 😁 LINK IN BIO. See you at @caesarspalace Shoutout to @killerimaging for capturing these awesome BTS shots. Thanks Jenna😁 #GUSFSS #FADEDent #FADEDgang #DanielEmmet #AGT #LiveMusic

Emmet, a graduate of Faith Lutheran Middle School and High School in Las Vegas who sings in seven languages, makes it clear from the top he’s a vocal show-off. He unleashes his vocal dexterity with the same glee that the late Gregory Hines (shown in a video montage of Emmet’s favorite legendary artists) displayed his great dance moves.

Want some rock? How about “New Sensation” by INXS, or, even more impressively, a crushing cover of The Beatles’ “Come Together.” Aerosmith’s “Don’t Want to Miss a Thing” (in Spanish), from Emmet’s closing performance on “AGT,” is given an operatic spin. Emmet’s classic vocal chops are further evident with “Che Vuole Questa Musica Stasera,” from Italian singer Peppino Gagliardi that was in the original soundtrack of the 2015 movie “The Man from U.N.C.L.E.”

Emmet delves into such classics as Leonard Cohen’s masterpiece, “Hallelujah” — in Russian. For some Las Vegas color, he summons a powerful cover of Elvis’s “If I Can Dream.” In a moment especially inspired, rapper Faded Breezie clambered onto the stage for an energetic run of “The People,” co-written by him, Emmet, Williams and Frank Meyers.

A full horn section, unbilled and donning shades, also made it to the stage to the “Peter Gunn” theme. Emmet ventured to the middle of the Barge to groove it up with dancer Patricia Bouchebel. The show does employ some Vegas production — the smoke machine makes its Cleopatra’s Barge debut in “Don’t Want to Miss a Thing.” Emmet uses video panels behind the band and flanking to great effect, in his pre-show video and also his midshow tribute to entertainment legends.

One of those legends was heard from during Sunday’s show. Emmet turned to swig from a bottle of Fiji water and a female voice shouted, “You suck!” The heckler was Marie Osmond. Her call-out was a not-so-inside joke, referring to a drinking competition the two waged after a show in Nampa, Idaho, last month. The clip has amassed a staggering 87 million views on Facebook.

As Marie continually reminds, she won the drinking competition. But Emmet smiled through the interruption, like the Cheshire Cat, looking like a guy who won the night.