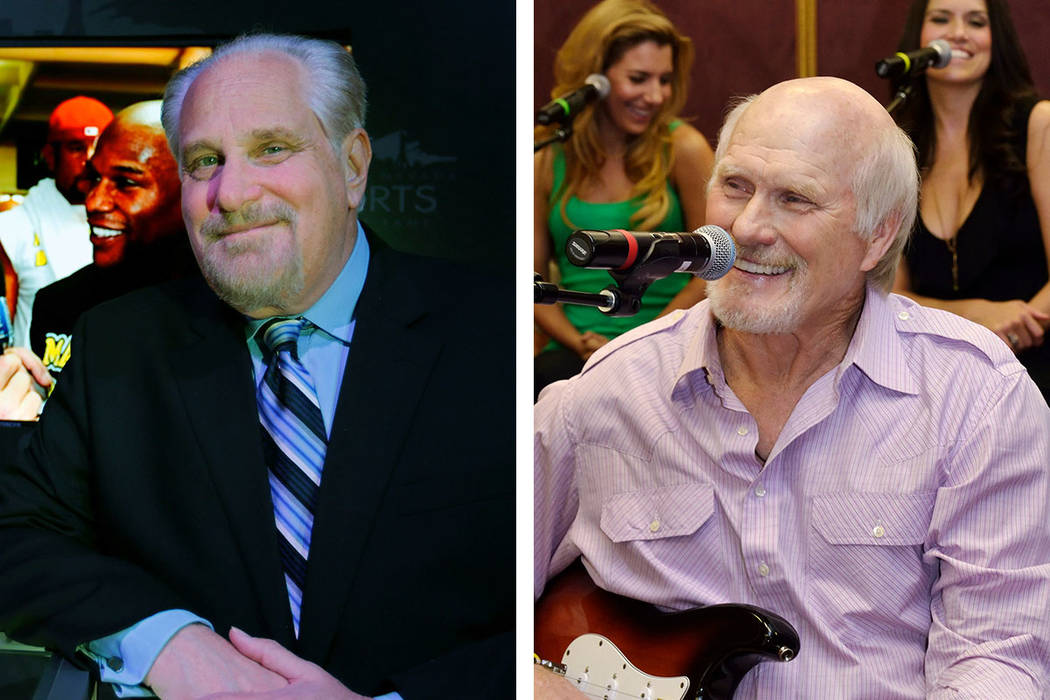 And, Terry Bradshaw was famous for calling his own plays while quarterbacking the Pittsburgh Steelers to four Super Bowls.

But neither could have mapped out a haymaker of an entertainment card on Aug. 2. This is a happy coincidence. Both are headlining — as singers — that night in Las Vegas. Bradshaw is on stage at 8 p.m. at Luxor’s Atrium showroom in “The Terry Bradshaw Show,” which opens Aug. 1 and runs through Aug. 4.

Later, Bernstein is hosting a no-cover show at Tuscany Suites as part of Kenny Davidsen’s residency at Piazza lounge. As Bernstein has been reminding people, “This is the only night you can see two broadcasters in one epic night of singing!”

One of my favorite songs and I will be doing it when I co-host the @Kennydavidsen show at the @Tuscanycasino Friday Aug. 2. at 9p.m. No cover charge, come and join us for the fun. https://t.co/prpDWy3lQB via @YouTube

Dramatic. Bradshaw has previously performed at the Mirage’s Terry Fator Theater, while Bernstein has been busy at Piazza and also occasionally at the Italian American Club.

Bernstein is actually a trained vocalist who began performing in front of audiences in the mid-1980s. His breakout gig was when he hosted a night of singing at the old Olympic Lounge at Caesars Palace before the Sugar Ray Leonard-Marvelous Marvin Hagler bout on April 6, 1987.

Bernstein had a three-night engagement, and on opening night he scanned the room and saw a famous bald celebrity who was not Hagler.

“Telly Savalas was in the crowd,” Bernstein recalls. “I looked into the crowd and we had Rodney Dangerfield, Tommy Hearns, Victor French from ‘Little House on the Prairie’ and John Madden.”

Bernstein had taken a few years off from singing in front of an audience but has returned to form in recent years. I asked if he had a choice, would he rather pursue a career as a singer of boxing announcer.