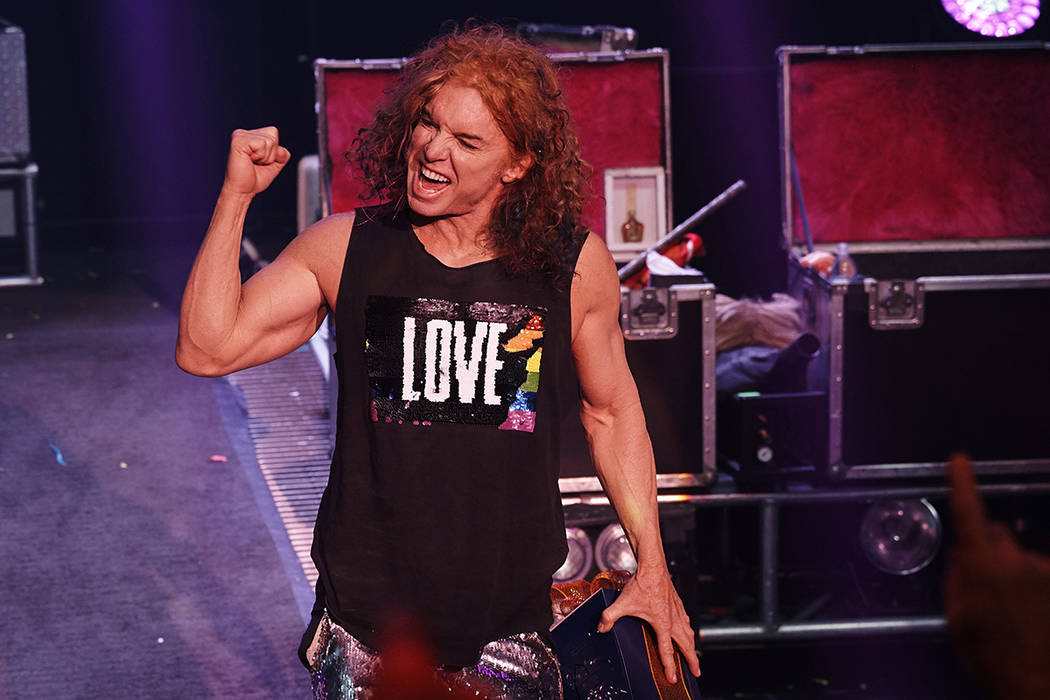 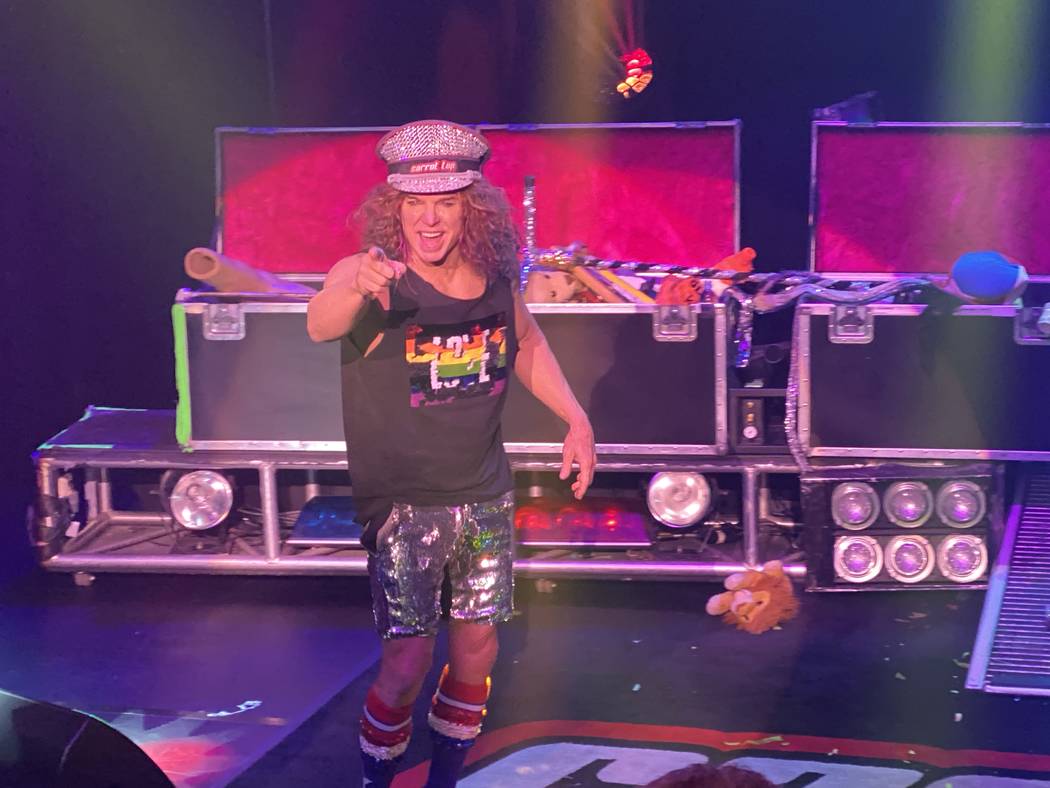 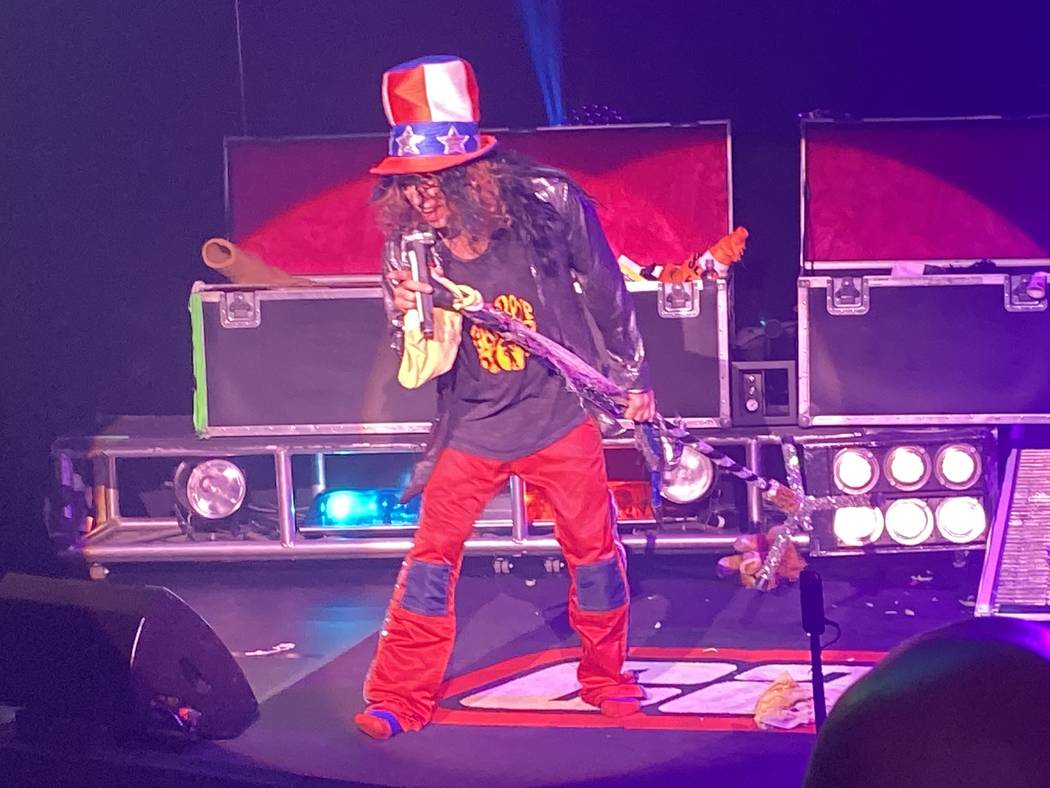 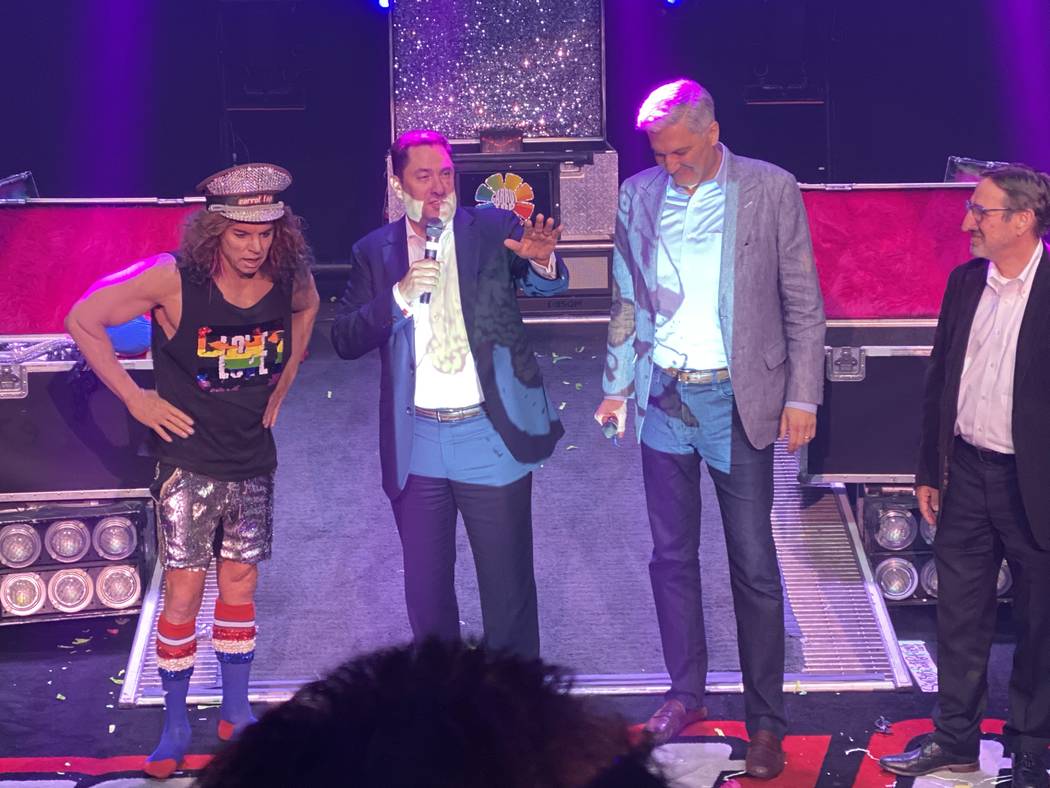 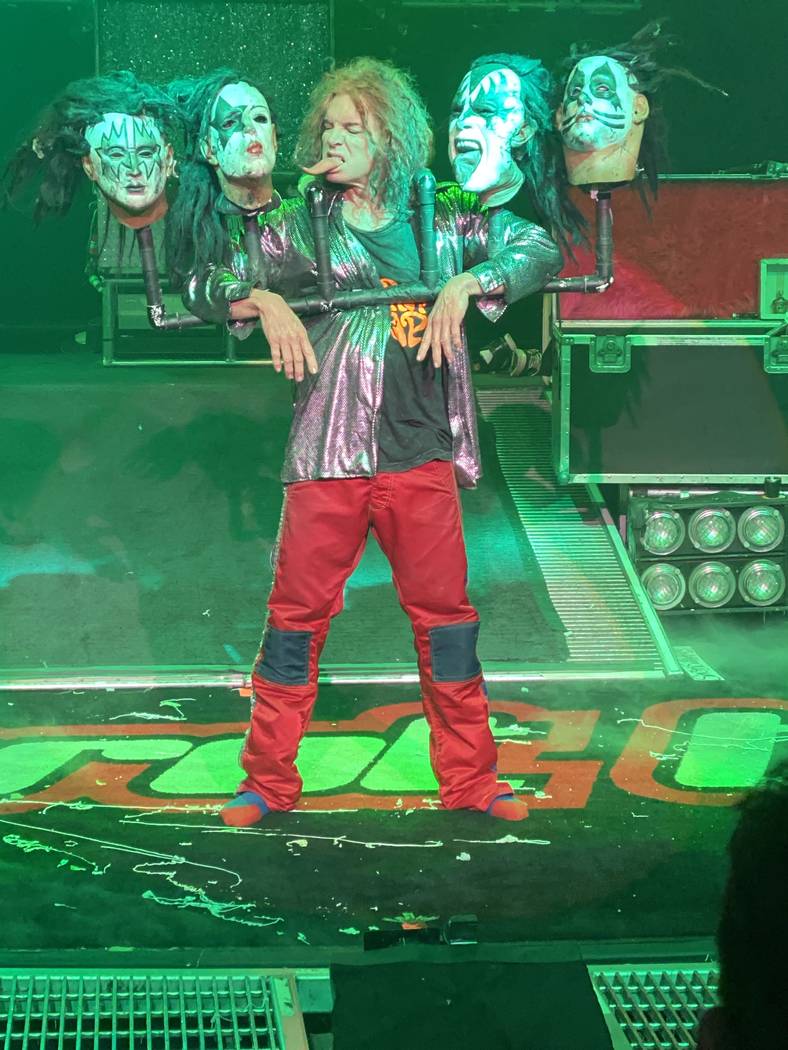 Carrot Top once read for a movie comedy. It was beyond dumb.

“I get the script and I’m like, ‘This is the worst thing I’ve ever read in my life, I’m not kidding,” the Luxor resident headliner said in the current episode of “PodKats!” on the Review-Journal website. Monday’s post is the first of a very special two-part PodKats!

Carrot Top, whose legal name is Scott Thompson, acutally auditioned for the 1994 comedy, written by the Farrelly Brothers, which became a box-office hit and cult classic.

But reading the lines on flat paper was not so funny. As they say, it’s all in the delivery.

“If you read the script, the first line is, the cops saying, ‘Pull over!’ Pull over!’ and the cop pulls him over and he says, ‘No, it’s a cardigan!’ ” Carrot Top said. “That’s in the movie, and that’s what I read for, right? I said, ‘This is the dumbest (expletive) thing — I hope I don’t get the part.”

He didn’t. It went to Jim Carrey.

Thompson was also misidentified as his namesake, Scott Thompson of “Kids In The Hall,” for another reading early in L.A. early in his career. The comic drove to the audition, and the woman checking in the actors didn’t find “Carrot Top” on her list. But Thompson was there. “She says, ‘I don’t think I have your name,’ and said, ‘Oh, you mean Scott Thompson from ‘Kids In The Hall,’ but you’re getting the other one.”

Carrot Top was about to be dismissed, but said, “I drove eight hours to get here, I’m reading for it,’ and I read for it.” Asked for which movie he read, Thompson said, “I don’t know. Jaws? Star Wars? Batman?”

Probably “Joker” would be a better call, but Thompson wound up in the right role anyway.

Demolition Derby action at Plaza’s Core Arena. The Stirrin’ Dirt Sin City Showdown is set for Nov. 14-16 at the Plaza and is already expected to sell out all three nights. The event in March, titled Stirrin’ Dirt Casino Battle Royale, drew more than 2,000 fans each night its debut at the property in March.

Plaza CEO Jonathan Jossel says there “might” be fireworks on that Saturday night. I would anticipate some intenser rockets-red-glare action in this event, which is the quintessential, um, smash success.

Elisa Fiorillo, a Prince protege and member of the New Power Generation for six years ending in 2015, is singing “Purple Rain” at midnight at Thursday’s “Puttin’ On The Ritz” Halloween ball benefiting Keep Memory Alive and the Cleveland Clinic Lou Ruvo Center for Brain Health. The night turns to National Alzheimer’s Month at midnight, with a purple theme.

Also on the program is Lannie Counts, a terrific singer and a performer whose name is a complete sentence (a distinction he shares with Bucky Heard of the Righteous Brothers) …

The plot centers on a coven gathering to summon Morganna The High Priestess, who shows off the enchantments she has learned over the past year. This spells trouble! First two shows are family friendly, second more adult friendly, and the cover charge for all of it is free.