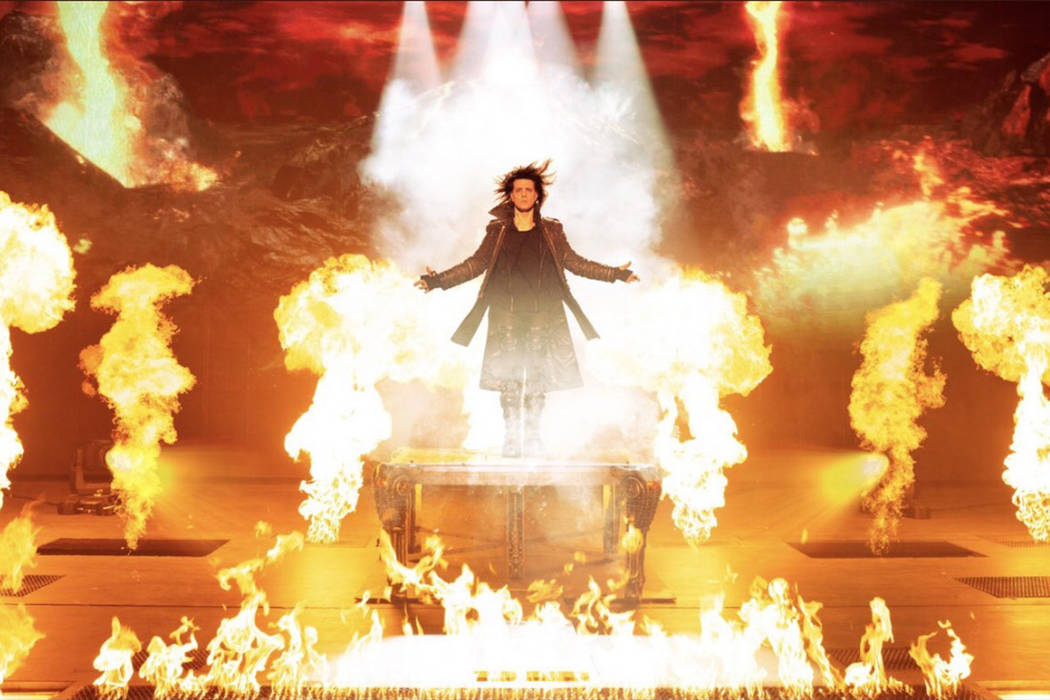 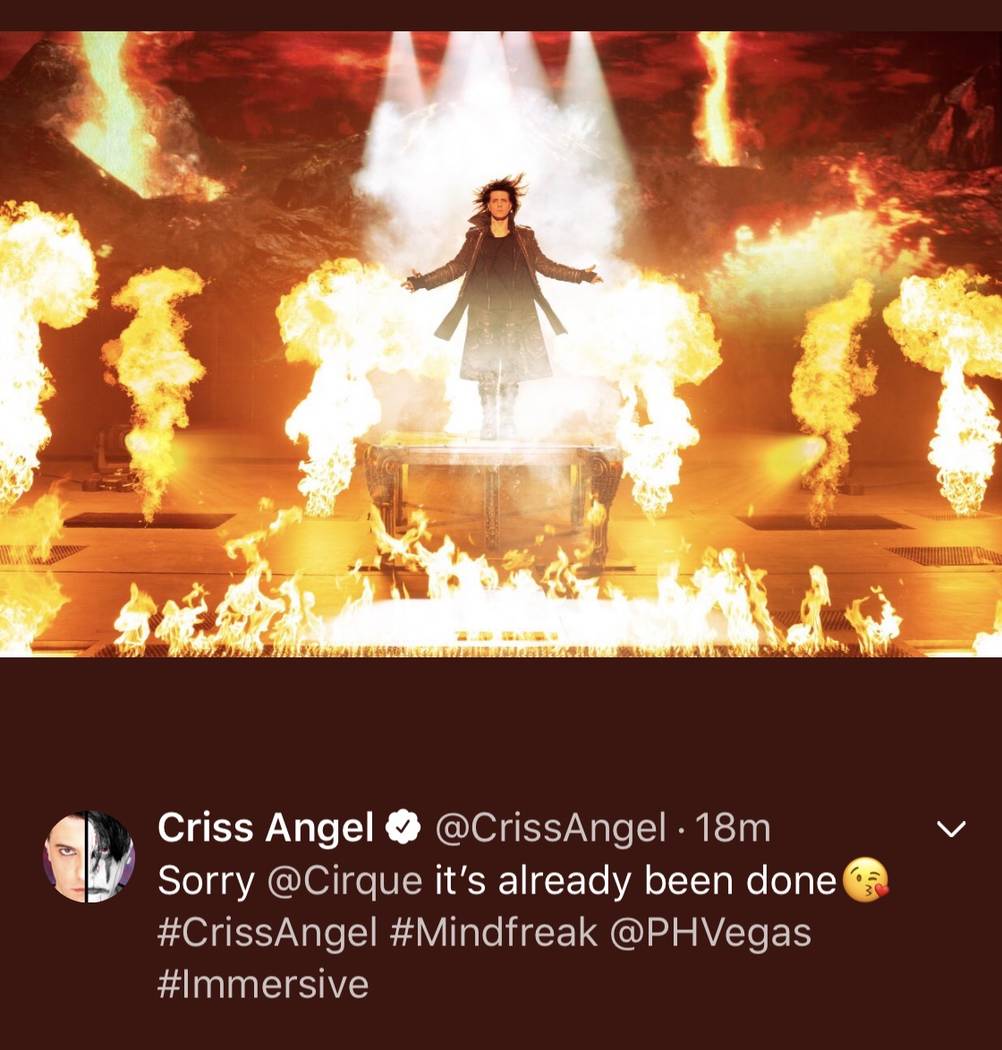 Criss Angel has thrown a fireball at Cirque du Soleil, and the company’s new production “R.U.N.”

The posts was highlighted by three photos of Angel’s latest show at Planet Hollywood, “Criss Angel Mindfreak,” two of which show fiery scenes. One of those shots shows Angel in Human Torch mode, posing amid plumes of pyro.

Later, Angel got into it with the official @runtheshow Instagram feed, which commented on his “it’s already been done claim with, “Sure you did, little bud.”

Angel responded, “Sure this will be the third run to close in a row … #FollowTheLeader.” The “R.U.N” answer, “Need an opening night invite? See what a full house looks like again?”

Angel is referring to Cirque’s productions “Viva Elvis” and “Zarkana,” which opened and closed after Angel debuted at Luxor. The “R.U.N” response is, obviously, a reference to reports of soft ticket sales at Criss Angel Theater.

A Cirque spokeswoman had no comment when asked about the post. Neither Angel or his PR agency, Kirvin Doak Communications, have responded to text for comment. KDC is in the precarious position of simultaneously representing Cirque, Angel and one of Angel’s production partners at Planet Hollywood, Base Entertainment.

Officials with Caesars Entertainment, which owns Planet Hollywood, did not respond when asked if Angel was posting with the company’s consent, or was speaking independently.

With this post, Angel might well have touched off an early rivalry between his thundering show and Cirque’s new thrill-seeking production. Angel, who has called his Planet Hollywood show “the most technologically advanced live-entertainment production on the planet,” was a Cirque headliner for a decade at Luxor.

On April 19, Angel announced he was cutting the 9:30 p.m. shows from his schedule at Planet Hollywood so he could reduce the wear and tear on his left shoulder. He plans to undergo rotator cuff surgery in March. Angel also reported his show will run through 2024.

Meantime, “R.U.N” is to play out in a fully scripted, blockbuster-style format of chase scenes through Las Vegas and hand-to-hand-combat. Its very logo indicates the production’s action-adventure intent, with blood dripping from the show title.

The new show also is a dramatic departure from Angel’s magic-centered, star-fronted, format. As Cirque President and Chief Executive Officer Daniel Lamarre said Monday morning, “Having a star is not part of the plan. As with most of our shows, the show is the star.”