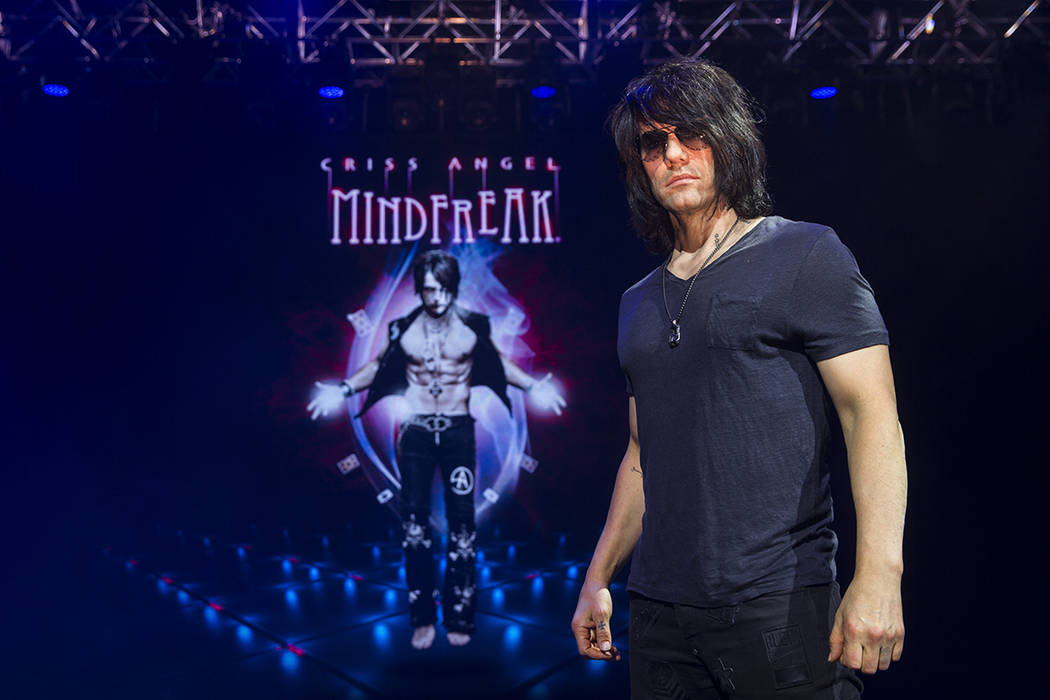 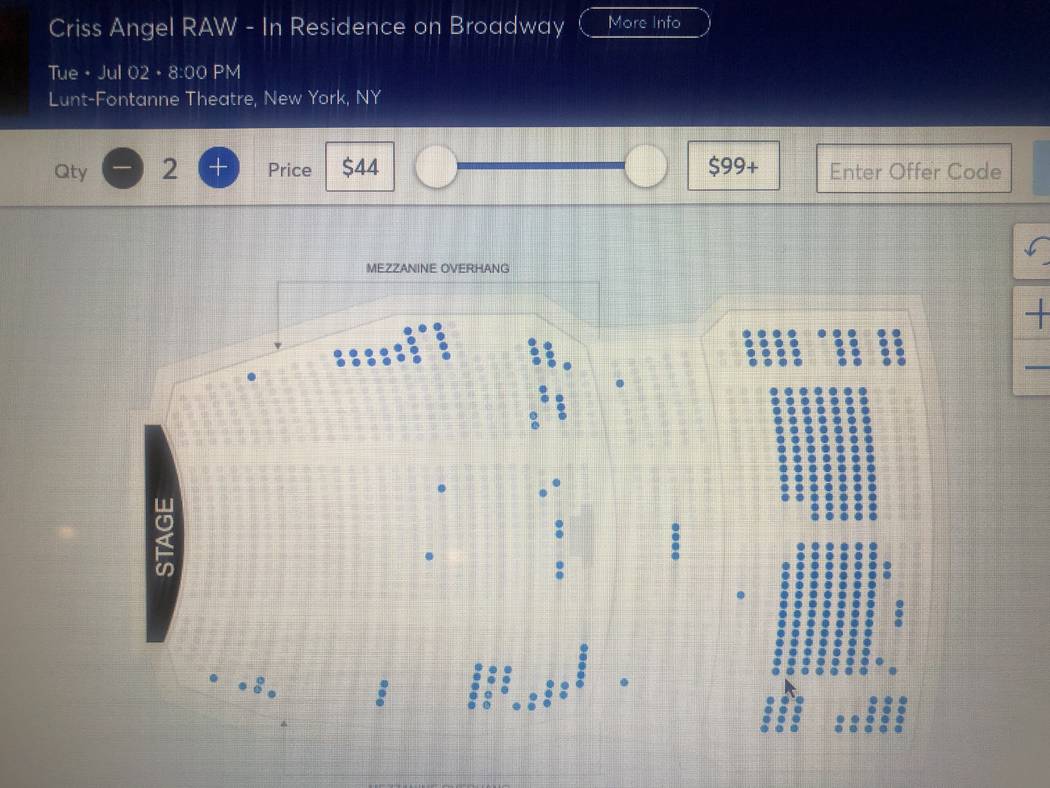 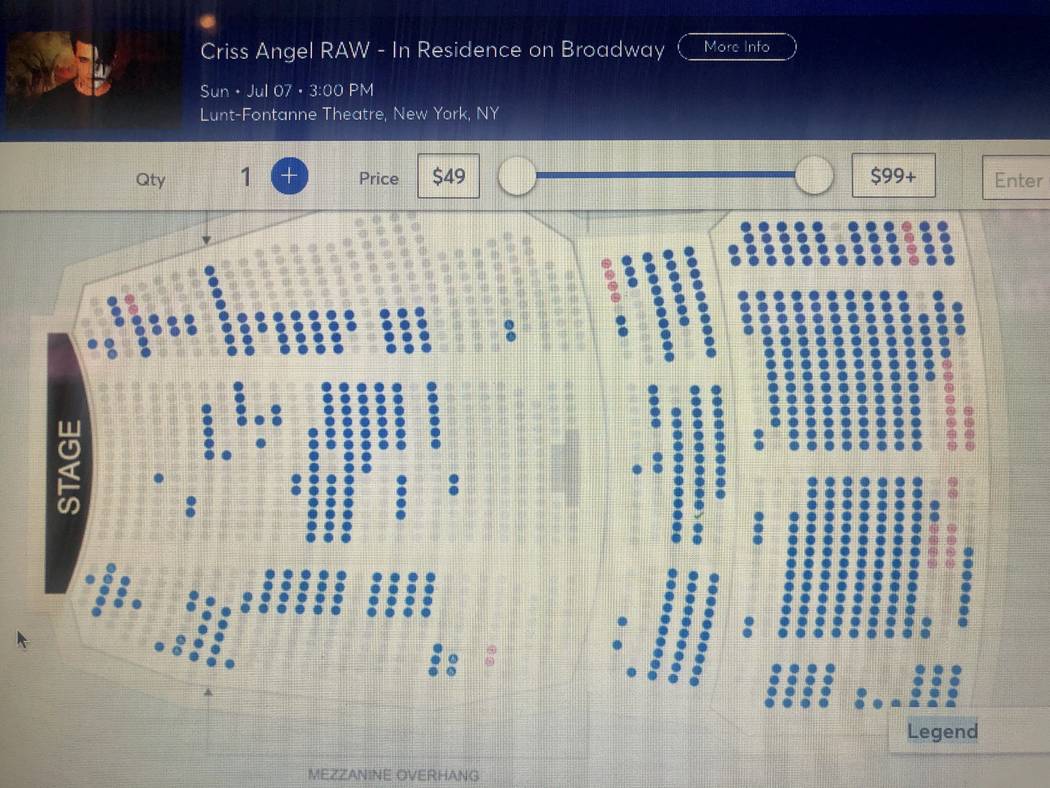 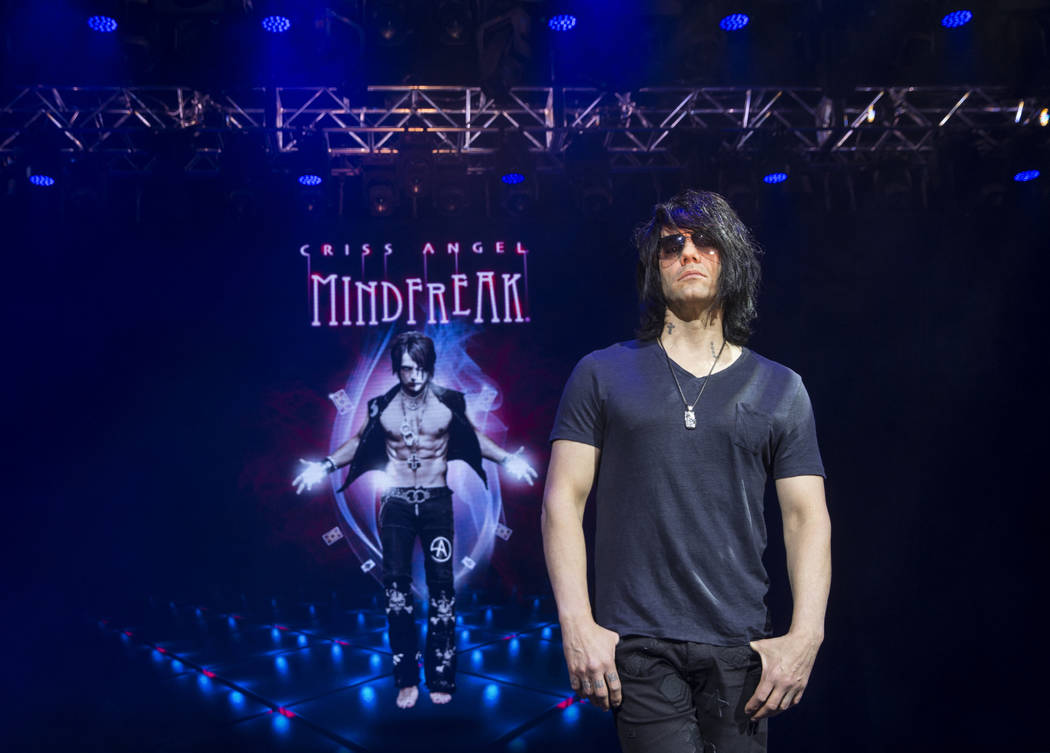 There he goes again.

Criss Angel’s Broadway opening was a raging success, the roar of approval led by none other than Criss Angel. The Planet Hollywood headliner took to the stage in his signature manner Tuesday night at Lunt-Fontanne Theatre in New York, calling for the crowd to hoist their illuminated cell phones skyward.

“We’re sold out tonight!” he shouted on an Instagram post, as the crowd shrieked behind him. That’s how Angel’s “Raw: The Mindfreak Unplugged,” the so-called “acoustic” version of his Las Vegas Strip show, made itself known in Manhattan.

Accepting that Angel’s lid-lifting show did actually sell every seat — far be it for us to expect a magician to practice deception onstage — the late rush for tickets truly was magical. About three hours before showtime, the Ticketmaster website showed Angel had sold about half his tickets for opening night.

How does an entertainer rally so impressively? With help. Typically, when sales are this slow for Broadway shows, the tickets are offered at deep discounts at those TKTS booths around Times Square. If you need a great deal an hour before curtain, you can usually find something in the $20-$30 range and — presto! — you’re in a packed house and waving your phone around.

Angel will need a similarly strong day-of performance to claim sellouts for the rest of this run. Less than half the house was sold just an hour before his Wednesday matinee, and the mezzanine level was largely unsold for the Wednesday night show. Non-discount ticket prices have dropped since the residency was announced, starting at $299 for lower-level orchestra to $79 currently. At this writing, mezzanine tickets can be had for $39-$49.

As previously reported, Angel’s 7 p.m. finale has been canceled, reducing the original number of “Raw” shows from eight to seven.

Nonetheless, Angel’s producers say they are not concerned. Just expect a lot of late-buying business.

“Most Manhattan residents bolt this week, but our tourist marketing efforts are strong and and we did great day-of biz (Tuesday) and we’re off to a great start (Wednesday),” Scott Zeiger, co-producer in Lunt-Fontanne’s “In Residence” series of headlining productions.”Every single Broadway show has inventory available this week, but Criss is new and different.” (Efforts to reach Angel for comment have been unsuccessful.)

Zeiger, a Broadway vet and former executive for Base Entertainment, is on-point. Seats are still open for sale even among proven box-office champs. As of Wednesday afternoon, Dave Chappelle’s opening night at Lunt-Fontanne on Tuesday had about 130 seats available in the 1,505-seat venue — all of them in the $250 per-ticket orchestra section. That ticket price had been cut by 50 percent from Tuesday afternoon.

But Chappelle, who has added a second week to his run this month, is already cleaning out the mezzanine levels, where the majority of Angel’s tickets still remain unsold.

This is all something to keep in your pocket when considering the challenges of Strip headliners performing on the Great White Way. I well remember how Penn & Teller inoculated themselves from this concern when headlining Marquis Theater in New York in 2015. The duo spent five years preparing for their highly successful, five-week stint in their first Broadway run in 23 years.

Penn & Teller ran the Broadway version of the show at the Rio for six weeks before opening at Marquis. There were new acts, including the glorious Elsie the African Spotted Pygmy Elephant show-closer, that formally premiered in New York.

“It was nonstop, every day,” says Alai, who adds that P&T were approached annually for years before finally settling on the 2015 engagement. “We felt, on our side, it just wasn’t right until 2015. Everything had fallen into place by then, and I felt confident.”

The box-office performance lines up with that confidence. P&T’s financial backers recouped their original $2.85 million investment four weeks into the six-week run (not counting previews), and averaged 1,518 tickets sold per show in a 1,611-capacity theater.

It is no surprise that the duo have also been asked every Christmas and every summer to return, they but have held fast to their schedule at the Rio and occasional road dates. They host the TV show “Fool Us” on the CW, which is recorded at the Rio.

Meantime, Angel’s show is posturing as a Broadway hit before any of the real final figures are reported. That happens next week, after he’s left town.

We’ll see what those numbers reveal. When asked if “Raw” was expected to turn a profit, Zeiger said, “All I know is that it’s off to great start. The audience went truly nuts (opening) night. It’s expensive on Broadway to operate, of course, and high prices come along for that ride on every project. He’s putting on a great show, and the audience loved him.”

That’s one relevant point made in an otherwise largely dismissive review in The New York Times. But Angel will connect with his Loyals, and generate passion from those inside the theater.