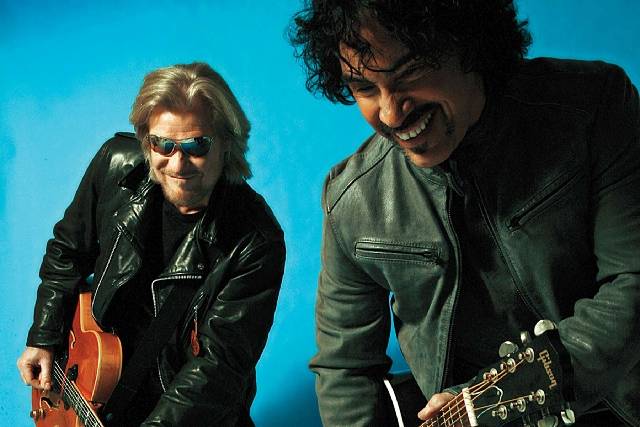 Hall and Oates perform Wednesday and March 22-23 at the Colosseum at Caesars Palace. (Courtesy) 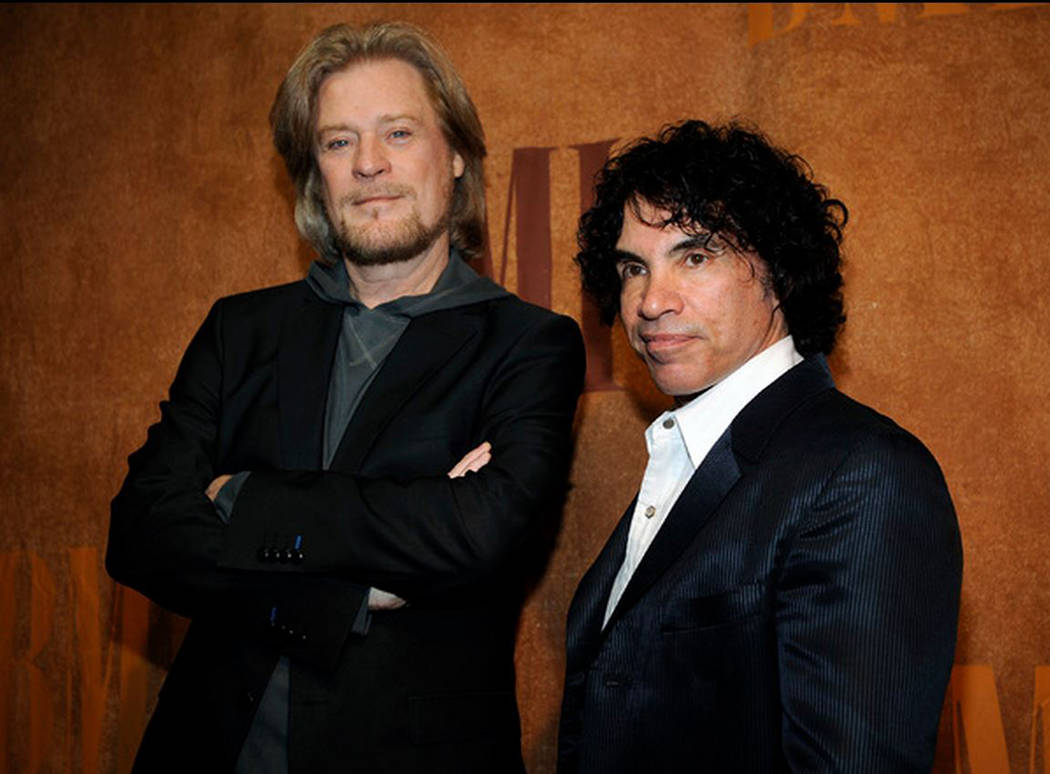 Hall and Oates perform Wednesday and March 22-23 at the Colosseum at Caesars Palace. (AP file photo) 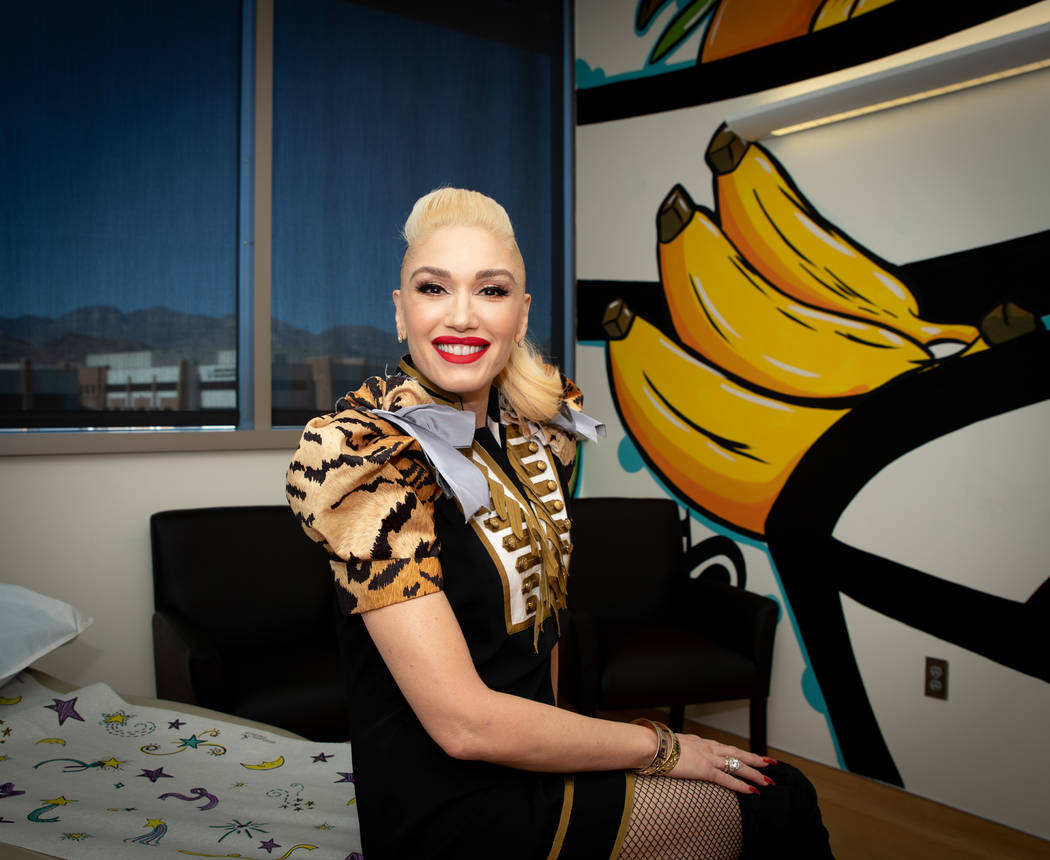 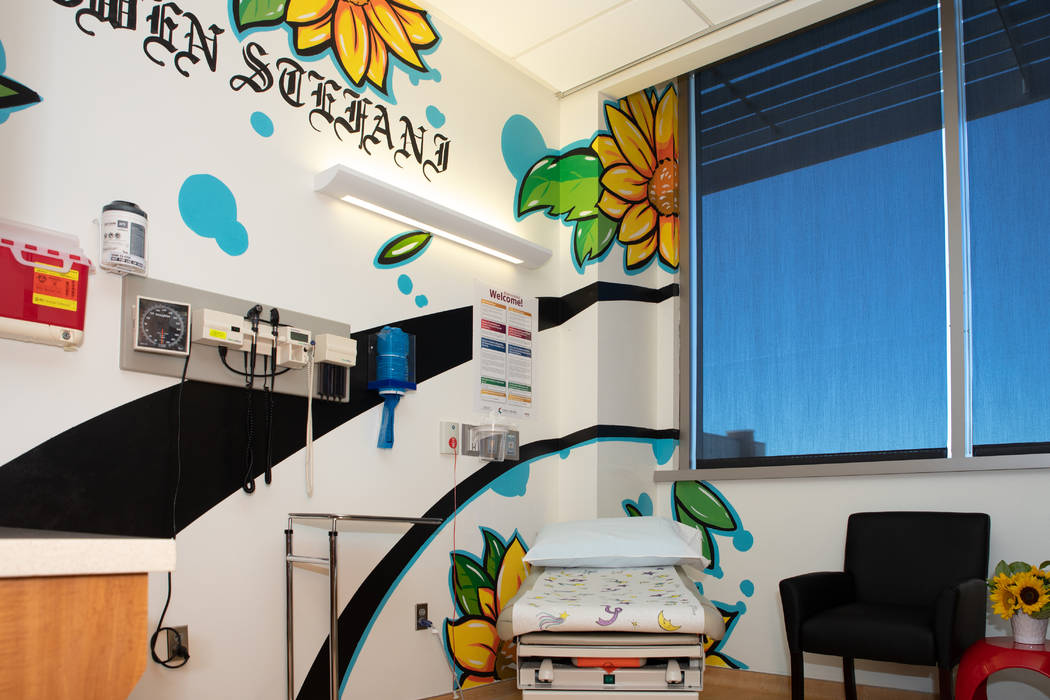 A look at the first themed room, in honor of Gwen Stefani, at Cure 4 The Kids Foundation treatment center at One Breakthrough Way. Las Vegas artist Juan Muniz created the design. (Tonya Harvey) 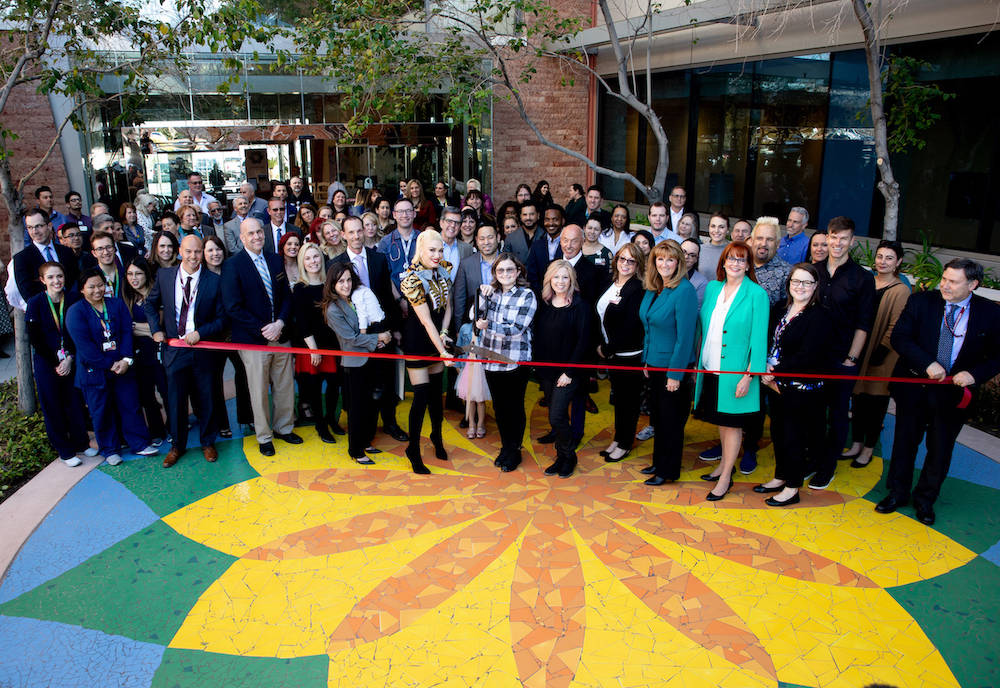 Gwen Stefani and childhood cancer survivor Kaila Elder cut the ribbon to officially recognize the new home of Cure 4 The Kids Foundation in the One Breakthrough Way building on the Summerlin campus of Roseman University of Health Sciences. Stefani and Elder are joined by administrators, physicians and staff of Cure 4 the Kids Foundation, as well as representatives of Roseman University of Health Sciences, Howard Hughes Corporation, community members and guests. (Tonya Harvey)

You might remember the hype around Y2K. John Oates certainly does. He lived through it, on the Las Vegas Strip.

“The time that really stands out for me in Las Vegas was the New Year’s Eve on the turn of the millennium,” said Oates, remembering the night on Dec. 31, 1999, when it was feared all computers would crash because they could not read the 2000 turn of the calendar.

“We were playing Caesars Palace. My son, Tanner, was 4 years old, wondering what was going on. We walked out of the casino, everyone came out and we walked out to Las Vegas Boulevard and waited for our giant marquee to go dark.”

False alarm. That sign remained alight and so has the act formally known as Daryl Hall & John Oates. The duo have sold more records than any duo ever and are playing a three-show series at the Colosseum at Caesars Palace on Wednesday and March 22-23.

The set list is dotted with what Oates calls “the usual suspects,” highlighted by the tandem’s six No. 1 singles: “Rich Girl,” “Kiss on My List,” “Private Eyes,” “I Can’t Go For That (No Can Do),” “Maneater” and “Out of Touch.”

Oates says to expect music to hold the night.

“No dancing. No costume changes, just a great band kicking butt,” is his quick-shot description of the show. He said he and his stage partner for more than 50 years (they met in 1967) keep fresh by picking their spots to avoid going stale on the road.

“This is a great music show in a great room,” Oates said. “Maybe we’ll change jeans, but other than that we’re not doing anything other than playing the music.”

Oates recalls the duo’s entry into Vegas, in 1977 at the Aladdin Theater for the Performing Arts. The venue, now the Zappos Theater, was the only Strip theater to feature in-the-moment rock acts.

But even then, Oates said, “Vegas was not hip. We were really on the fence, and saying, ‘God, is this even cool to do?’ But it was like we were just starting out, figuring what is the happening thing to do.”

The show was on Halloween. So, it was a party.

“If you didn’t see that show, you really missed out,” Oates said, chuckling. “It was off-the-hook nuts in Las Vegas. We do have some good memories there.”

Gwen Stefani has dedicated the first themed exam room for patients at Cure 4 The Kids’ outpatient treatment center at the One Breakthrough Way building on the Summerlin campus of Roseman University of Health Sciences.

Las Vegas artist Juan Muniz created the color-splashed walls, filled with sunflowers, one of her favorite flowers; bananas, a reference to her hit single ‘Hollaback Girl;’ and oranges, an homage to her hometown Anaheim in Orange County.

“Working with Cure 4 The Kids Foundation is, sincerely, one of the greatest opportunities to arise from my time in Las Vegas,” Stefani said after Thursday’s ribbon-cutting event. “I am so humbled to have the opportunity to work with Cure 4 The Kids to support the children who are treated here and, in a small way, bring a bit of joy to what I know is a difficult journey.”

Stefani, concert promoter Live Nation and Caesars Entertainment are donating $1 of every ticket purchased to “Gwen Stefani – Just A Girl” at Zappos Theater to Cure 4 The Kids Foundation, which is Nevada’s only nonprofit childhood cancer treatment center. So far, ticket sales have netted more than $50,000 in donations. Some of the money will be used to help Cure 4 The Kids Foundation expand into a new wing at its location at One Breakthrough Way.

One of the all-time great live entertainers, Wayne Brady, has been added to the list of performers at Saturday night’s 23rd annual Keep Memory Alive Power of Love gala at MGM Grand Garden. I met Brady during his days as a headliner at what is now Sands Showroom at The Venetian, about a decade ago.

What Brady is doing, or not, onstage Saturday night is something of a mystery. He won’t be performing any improv/music routines. He said in a Twitter response to my own mention of his appearance that there was not enough time for him to perform a full improv segment. Too bad, but having him in the room is a good move. The man can do it all.

Jeff Timmons is launching his new production, the boy band Overnight, on Saturday night at Orleans Showroom. As a founding, and current, member of 98 Degrees, Timmons does know his way around this culture.

The Orleans show is just a start, he hopes, of a successful touring act.

“I want to tour the guys. I want to build the hype, come back and do a short residency,” he said. “Then, I want the guys put out their own music.”

The show starts at 8 p.m., and, yep, Timmons is joining the guys onstage for a couple of songs.

Flavor Flav is celebrating his 60th birthday (yipes) Saturday night at the Rio’s Club 172. That’s the former Martorano’s restaurant space at Masquerade Tower, just a couple of cartwheels from the “Chippendales” theater. There are still VIP tables to be had if you hit promoter Frank DiMaggio’s Facebook page. It all starts at 10:30 p.m., though Flav’s clock might read closer to 11 p.m. …