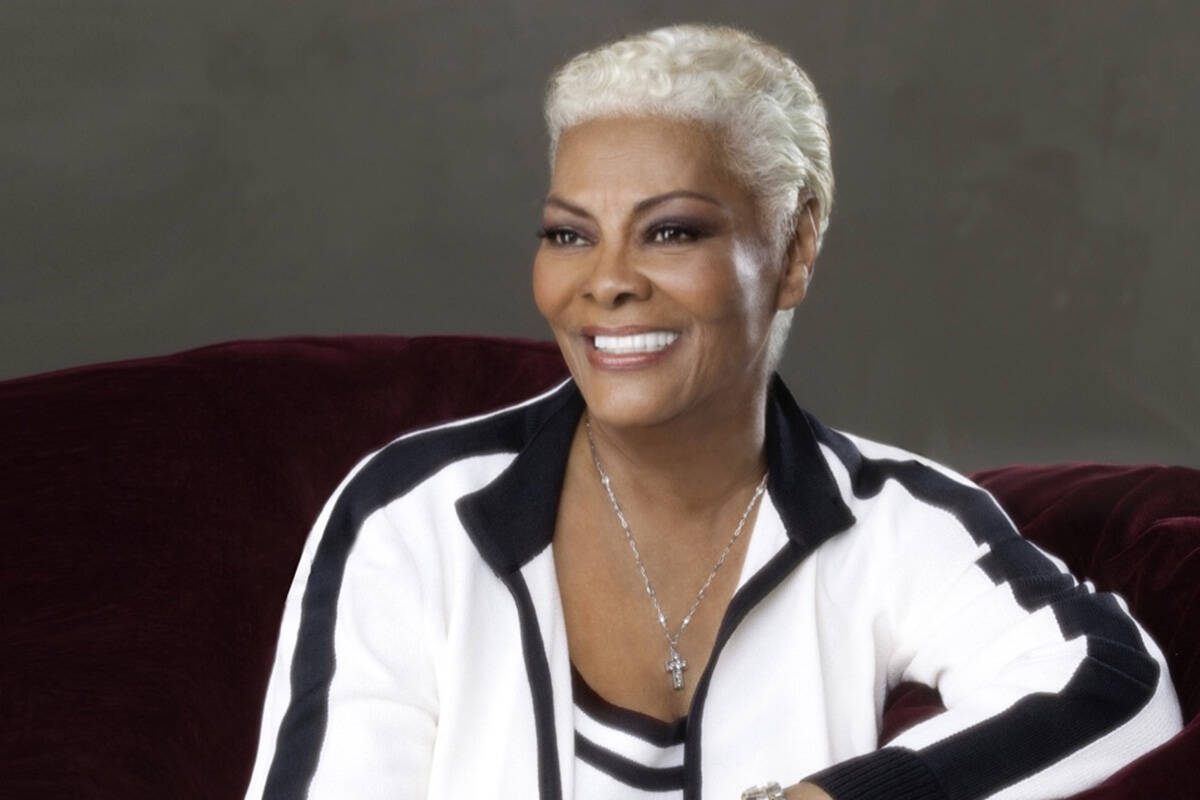 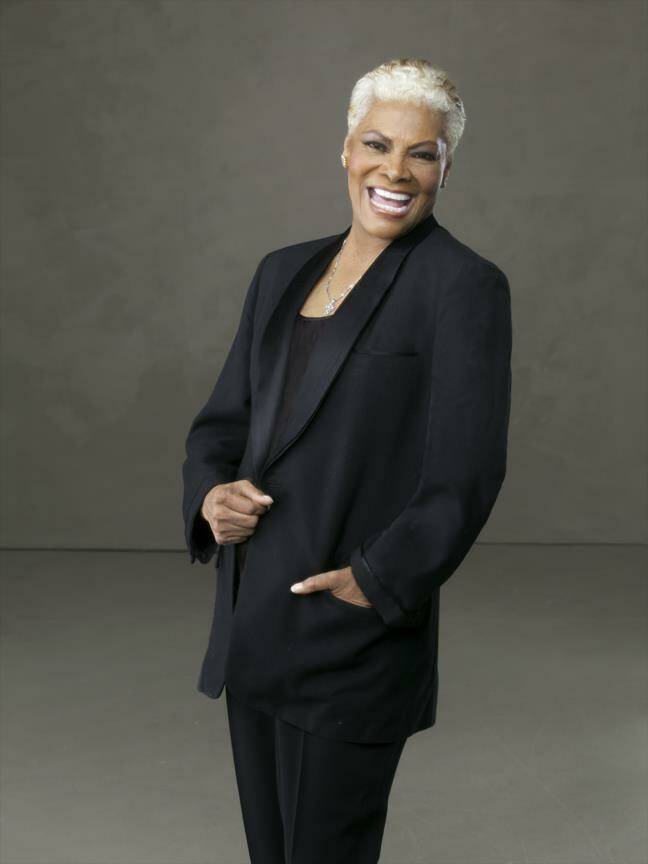 Dionne Warwick's residency at the Stirling Club at Turnberry Place opens this week and runs through Dec. 18.. (David Vance Photography/File) 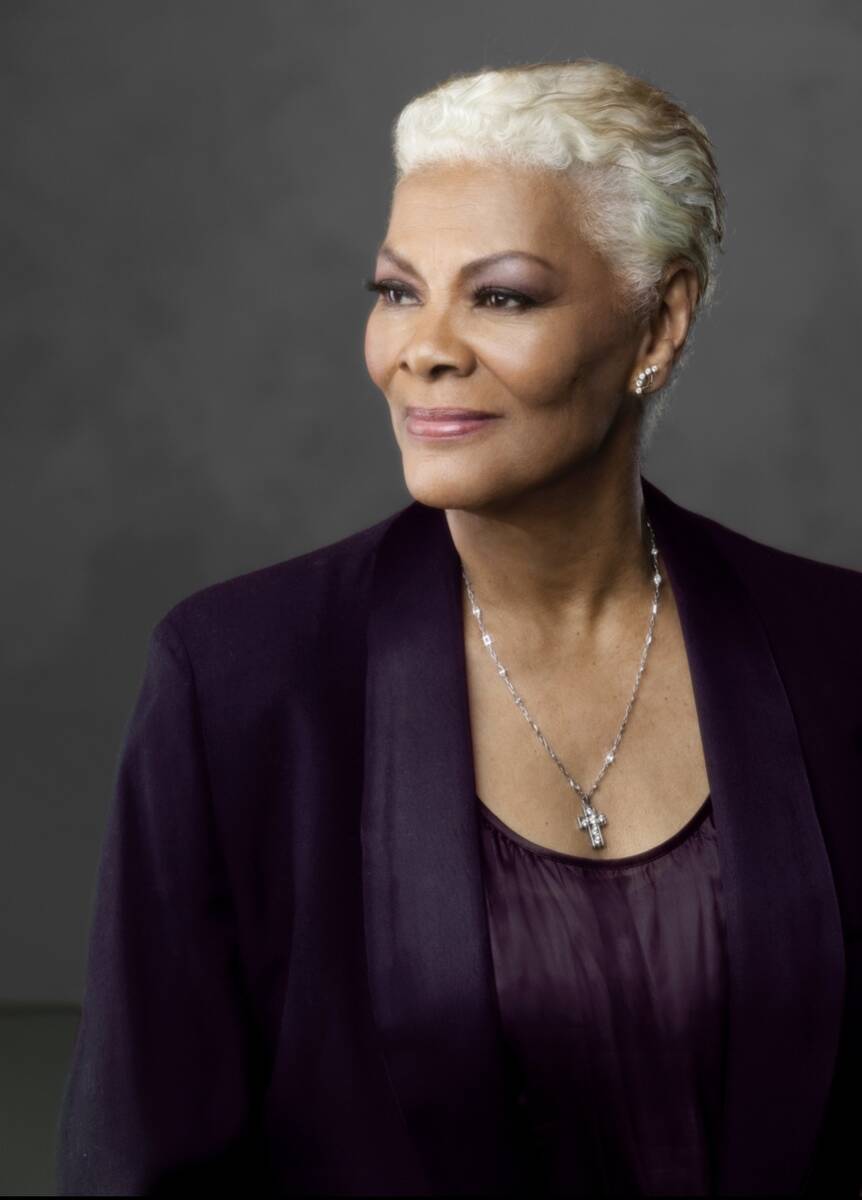 Dionne Warwick's residency at the Stirling Club at Turnberry Place opens this week and runs through Dec. 18. (David Vance Photography)

Dionne Warwick’s sterling career has landed in a room that matches that very definition.

Warwick opens a residency at the Stirling Club at Turnberry Place this week set to run through Dec. 18. The 81-year-old superstar’s catalog sparkles with such generation-spanning hits as “Walk On By,” “Anyone Who Had a Heart,” “Message to Michael,” “Promises, Promises,” “A House Is Not a Home,” “Alfie,” “I Say a Little Prayer,” “This Girl’s in Love With You,” “I’ll Never Fall in Love Again” and “Do You Know the Way to San Jose.”

Warwick most recently headlined at Caesars Palace’s Cleopatra’s Barge from 2019 through the room’s COVID shutdown in March 2020. Before that, she had a run at the Jubilee Theater at Bally’s. Her latest album, 2019’s “She’s Back,” was produced by her son, Damon Elliott, who has worked with Beyoncé, Gwen Stefani, Britney Spears and Christina Aguilera, among other recording stars.

In signing her to an exclusive residency deal, the Stirling Club is making a bold attempt to ascend in the Las Vegas entertainment scene. The club was silent from May 2012 through March 2018, when it was bought out by majority partner Richard Ditton of Incredible Technologies (which manufactures casino and recreational games, such as Golden Tee). Industry vet Debra Kelleher of DK Hospitality manages the Stirling Club.

On April 5, Warwick will be inducted into the UNLV College of Fine Arts Hall of Fame, along with fellow entertainment legend Paul Anka, ballet great Cynthia Gregory and the late actor Michael Tylo (“The Guiding Light” and “The Young and the Restless” among his TV titles). Wayne Newton is to introduce Warwick at the very Vegas gala at the school’s Student Union Ballroom.

We chatted recently with Warwick about her upcoming, regal residency. The highlights:

Johnny Kats: This is such a unique booking, a first for the Stirling Club. What about this deal appealed to you above the other options you were reviewing?

Dionne Warwick: What it came down to was the fact that they wanted to build a showroom for me. How much better could that be (laughs)?

Have you tested the room at all, to see how it feels from the stage?

Not yet, but my people are putting together what I need to be there, so we’ll see how it goes when I get there. But I feel good about it.

For the room, aesthetically, what needs to be in place for you? What are the required elements?

Really, it’s anything that’s required in any showroom. Lights, sound and a stage. That is all you really need.

Is it a concern that the Stirling Club is not as well known a venue as, say, Caesars Palace or Bally’s? People know those hotels, and they know Dionne Warwick, but they might not know about where you are performing.

You’ve become a force on Twitter over the past couple of years. You’re very active on that platform. How did this all start?

Awhile back, my nieces and nephews were doing this thing called Twitter, giggling and carrying on. I wanted to know what they were giggling about, and my niece Brittani showed me, and I didn’t like the craziness that I was seeing. So I asked her, “Show me how to do this.” She took my phone, showed me what to do. When I got into it, they realized there was now a grown-up in their presence and all of the craziness they were getting into had to stop (laughs).

You mix it up pretty well.

I open it up. My message is, I will be asking questions, and expect answers. You can ask me questions; I will give you answers. However, these things that you’re saying to each other are not the way you should be approaching each other. Let’s now start smiling a little bit instead of frowning.

It’s like with your music: You bring a positive message.

It’s wonderful. Jack Dorsey, the CEO at the time, called me and thanked me. He said I’ve changed Twitter, and I meant to. It was stupid for these babies to be saying some of the things they were saying to each other. It didn’t make sense.

Are you expanding to TikTok with a similar presence there?

Possibly. But right now I’m what you call a “Twitter-ee.” I am on there when I feel the need to.

I was talking to a friend of mine, who is also an entertainer and has been around Vegas for a long time. He mentioned there are not many singers effectively covering Dionne Warwick’s songs because you are such a vocal acrobat.

What are you planning to sing at the Stirling Club?

You’ve gotta come see and hear. That’s the deal. But if you’re playing music, play the new recording, OK? Because I am proud of it.

Shows are 8 p.m. Thursdays, Saturdays and Sundays. Doors are at 6:30 p.m., with cocktails and light menu offerings available before and after the show. Tickets are $89-$199 (not including fees); go to dionnewarwick.friendlysky.com for info.