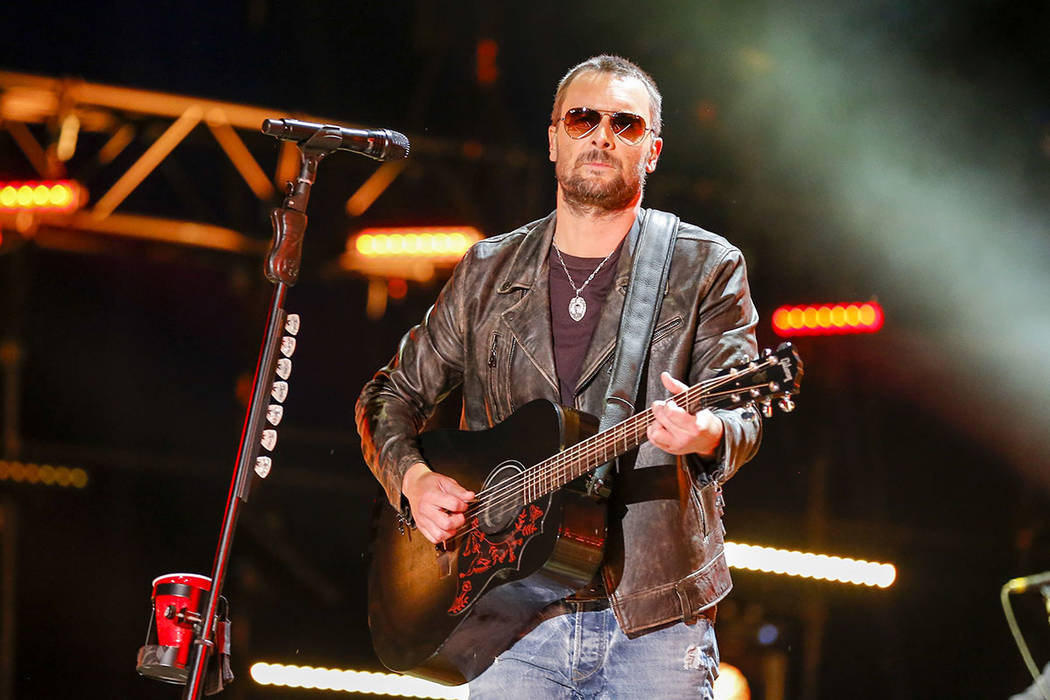 Country music star Eric Church, who headlined the first night of the Route 91 Harvest festival on Friday, has dedicated the new song “Why Not Me” to victims of Sunday’s shootings at the Village on the Strip.

Church debuted the new song at the Grand Ole Opry in Nashville on Wednesday night. He singled out Sonny Melton, a Tennessee man at the festival who died while shielding his wife, Heather, from gunfire. According to the Nashville Tennessean, two seats at Church’s Opry show were left empty for the Meltons.

Of his performance Friday night, Church told the Opry audience, “I shook everybody’s hand and I thanked them for coming. I came back up the left side, saw smiling faces, hands in the air and pictures being taken … 48 hours later, those places where I stood was carnage.”

He also recalled looking out at the sellout crowd of 22,000 on the Strip, holding up boots as he played his hit, “These Boots.”

“I was so moved by it,” Church said, “mainly because I looked at them and went, ‘This is my crowd. I’ve seen this crowd all year. They’re mine.’ ’’

Sam Hunt followed Church as the festival’s headliner on Saturday. Jason Aldean was the third and final headliner Sunday, onstage singing, “When She Says Baby” as gunfire erupted, killing 58 and injuring more than 500 others.