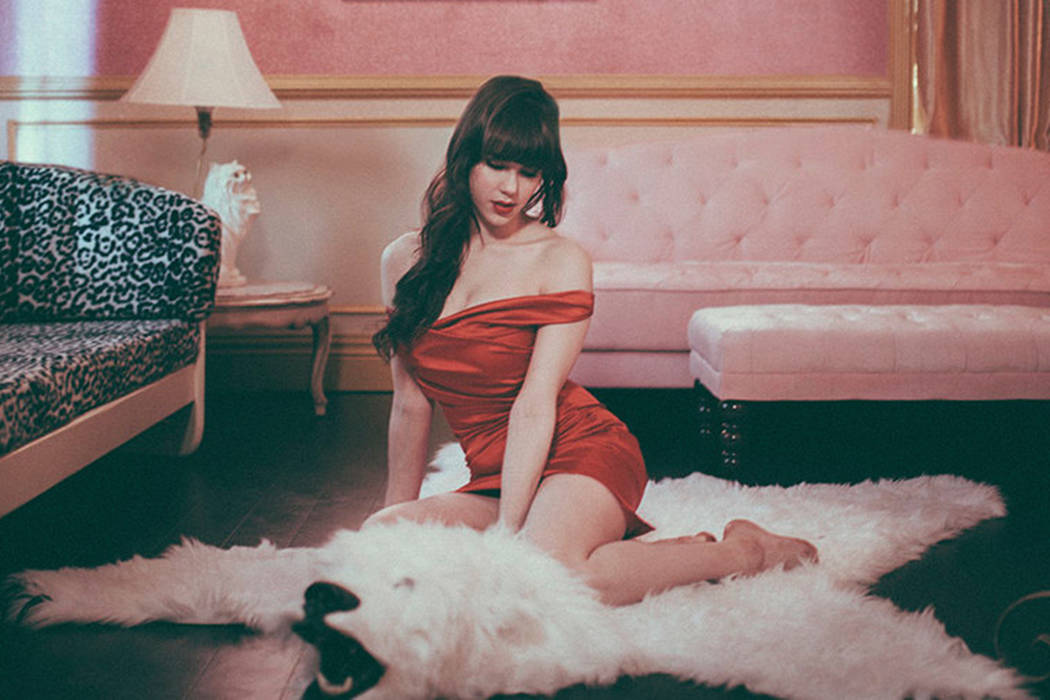 Claire Sinclair, the 2011 Playboy Playmate of the Year and former star of "Pin Up" at the Stratosphere, is shown at Clairbnb, a three-year project that has finally finished all seven of its guest rooms. (Krystal Ramirez) 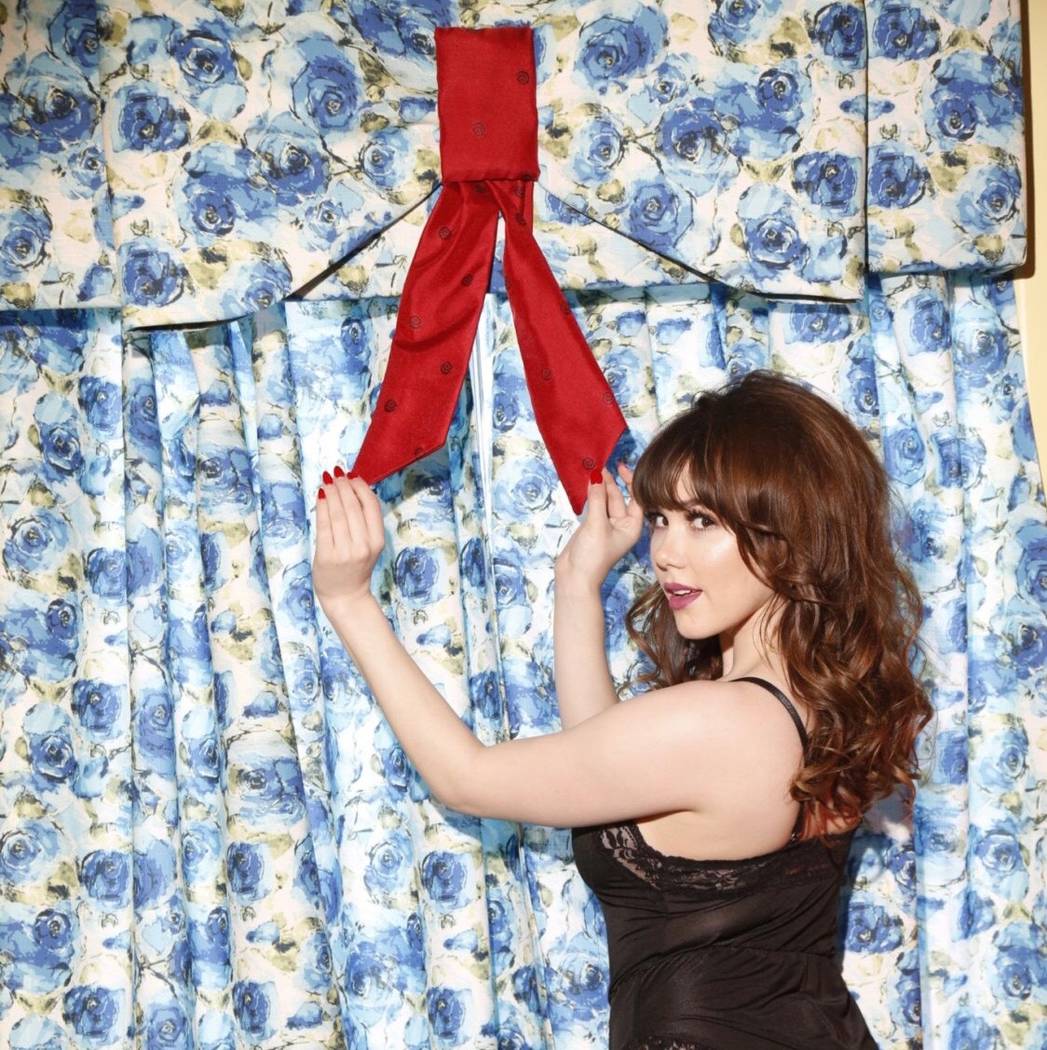 Claire Sinclair, the 2011 Playboy Playmate of the Year and former star of "Pin Up" at the Stratosphere, is shown at Clairbnb, a three-year project that has finally finished all seven of its guest rooms. (geaphoto) 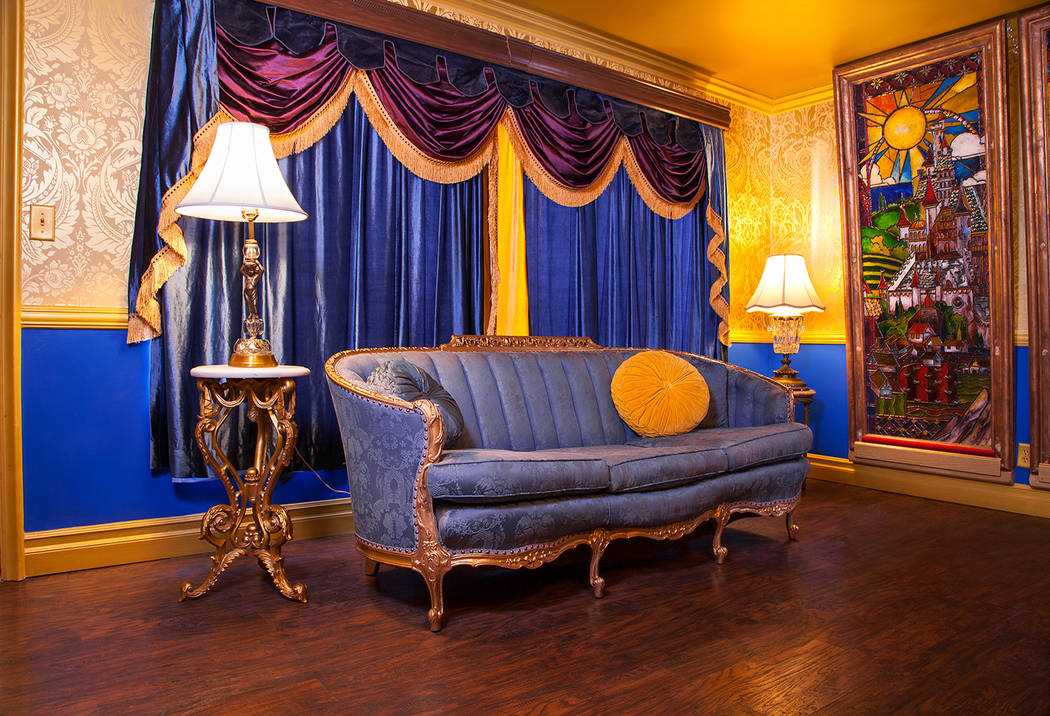 The Fairy Tale Suite at Clairbnb, which is now fully open to the public. (lemew photography) 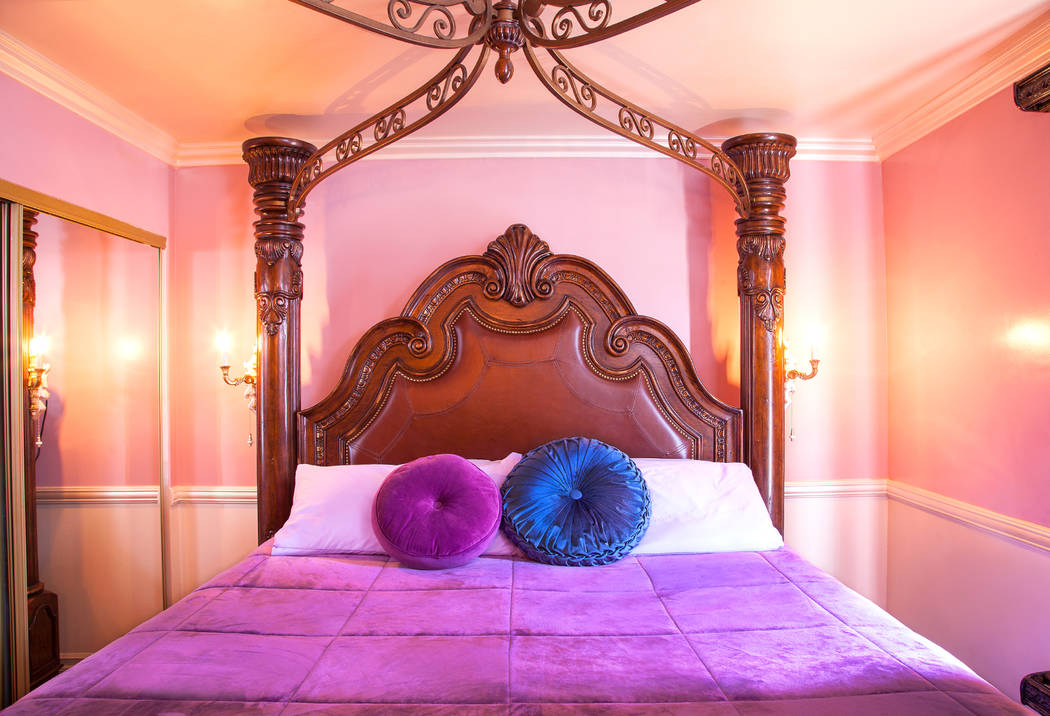 The Fairy Tale Suite at Clairbnb, which is now fully open to the public. (Neon PR) 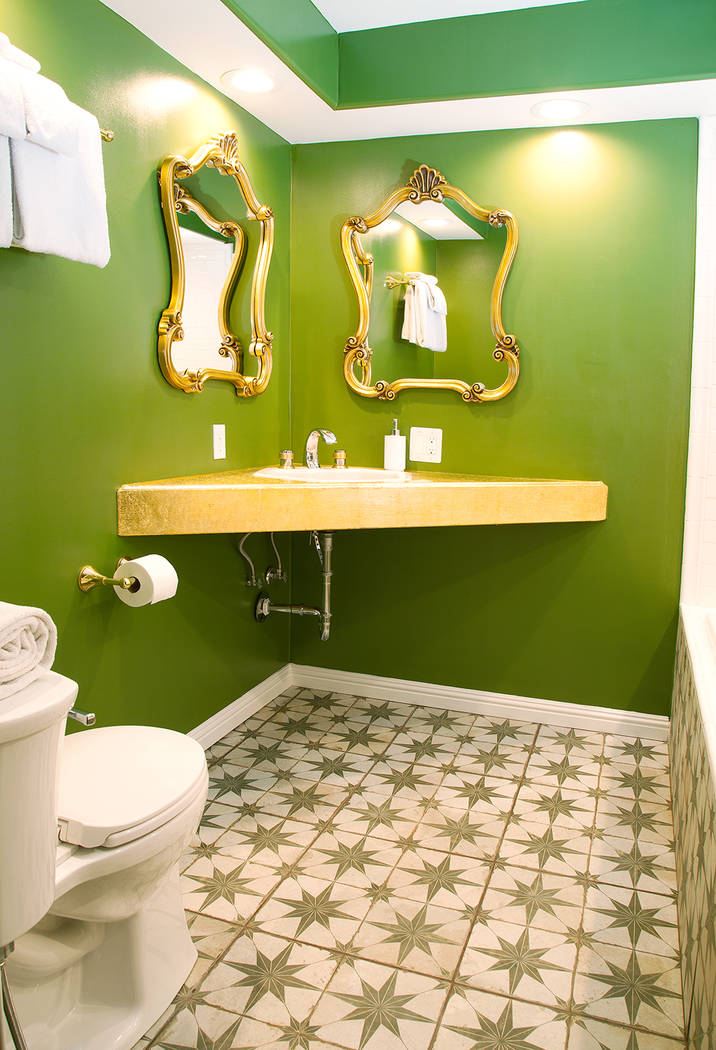 The Hartland Garden Suite at Clairbnb, which is now fully open to the public. (lemew photography) 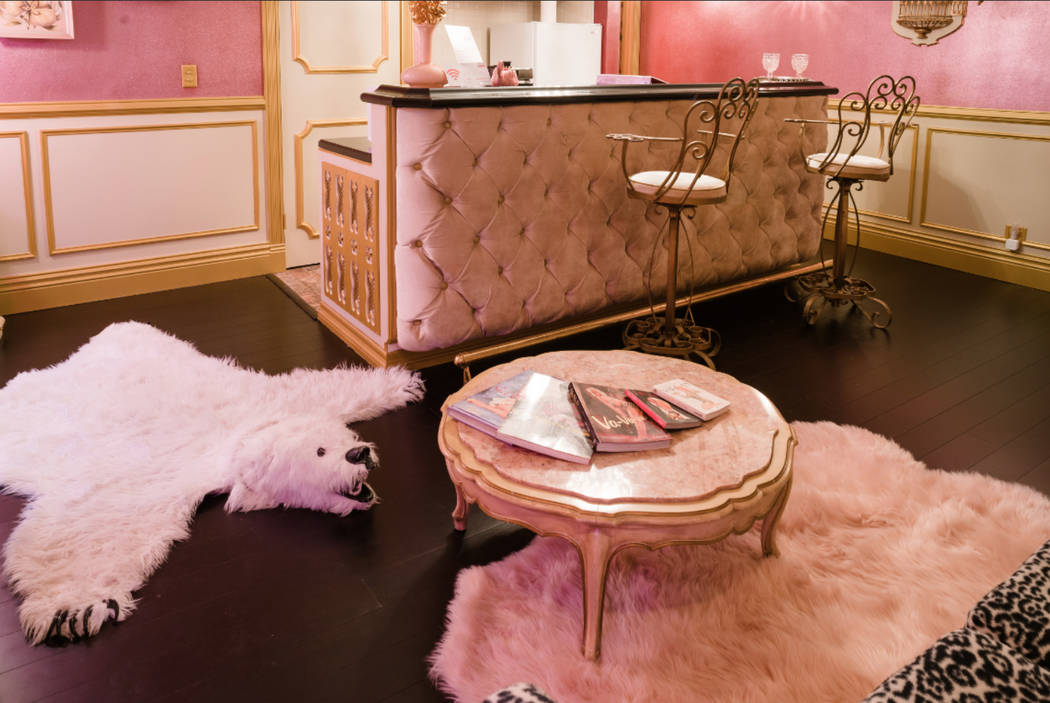 The Vintage Glitz Suite at Clairbnb, which is now fully open to the public. (lemew photography) 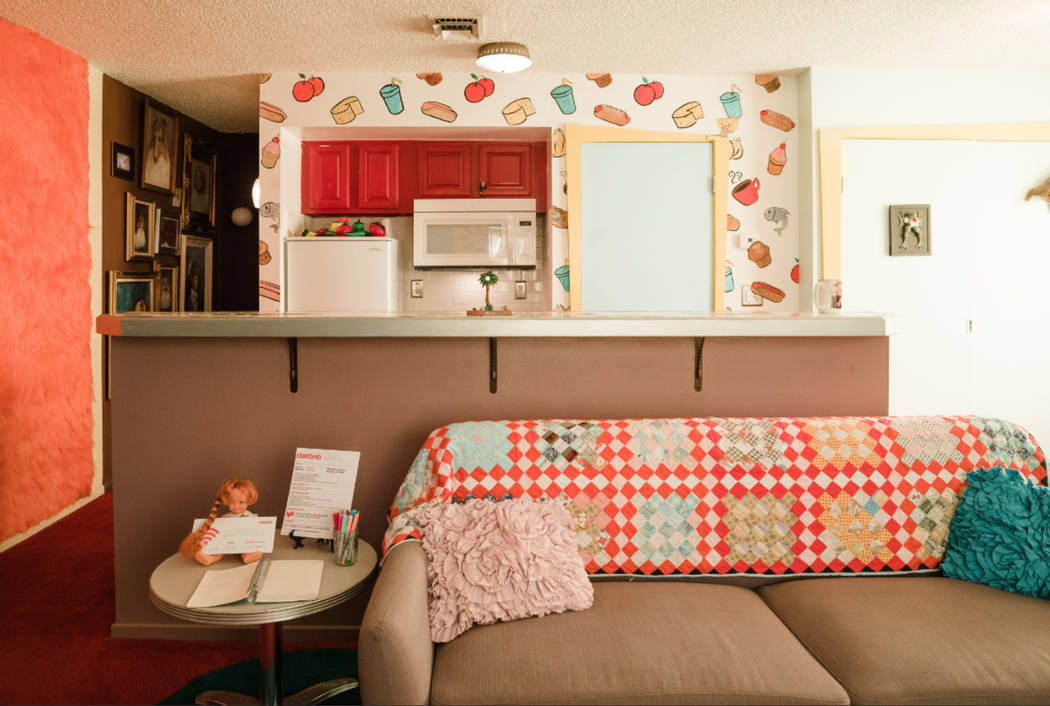 The Playhouse at Clairbnb, which is now fully open to the public. (lemew photography) 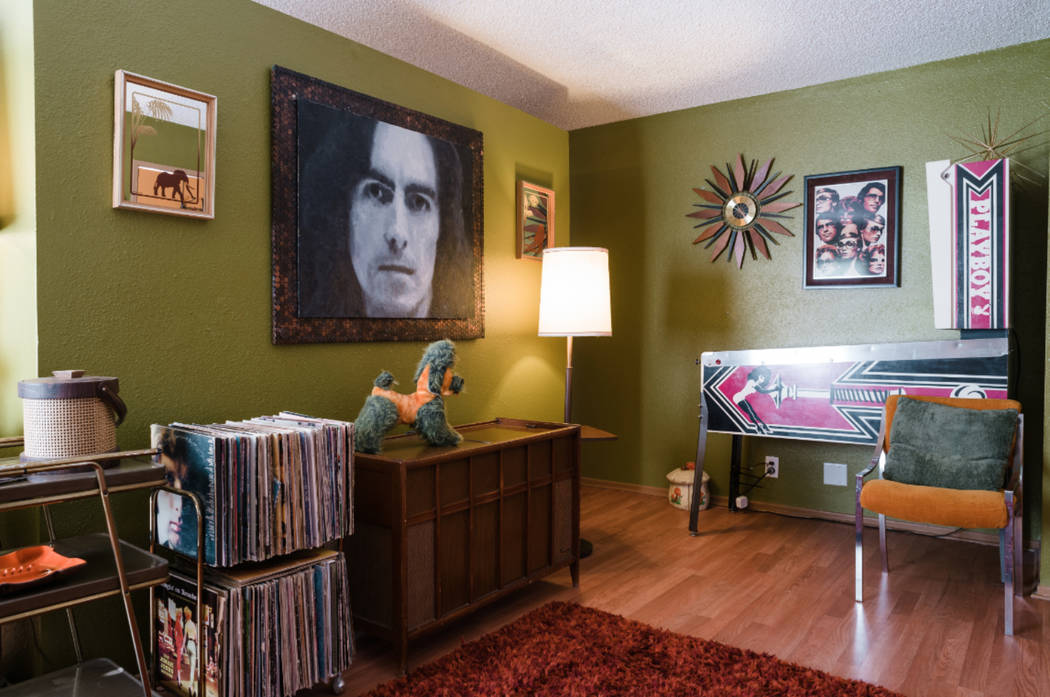 The 70s Suite at Clairbnb, which is now fully open to the public. (lemew photography)

Claire Sinclair refers to the years she lived at the Stratosphere as, “Crazy, very crazy.”

But it’s not so crazy now.

Sinclair lived at the Strat from 2013-17, when she was the star of the adult revue “Pin Up.” The free suite was actually written into her contract. So while she wore fishnets onstage, Sinclair socked away money to pursue her dream: a themed bed-and-breakfast in Las Vegas, modeled after a 1950s travel lodge.

About four years ago, Sinclair found a tantalizing fixer-upper in a seven-unit apartment building at 427 S. 11th St. The 2011 Playboy Playmate of the Year, cleverly named the place Clairbnb. She went about creating a kind of Vegas outpost of the Madonna Inn, the copper-and-pink motor inn that opened on California’s Central Coast in 1958.

The 28-year-old Sinclair is thus the rare pinup model who owns a Las Vegas resort.

“I’m feeling really good, proud of the rooms the way they came out,” Sinclair said in a phone chat Thursday. “We wanted them to be really happy, really unique, really creative.”

The building’s renovation been an odyssey, to say the least. With no experience in real-estate acquisition or renovation, and a resident of a Las Vegas resort, Sinclair first disclosed she’d purchased her building in May 2016. Property records revealed she purchased the property the previous February for $420,000.

Soon, Sinclair learned she needed a business license to operate the units as a hotel. She was also required to gain signatures from her neighbors and deliver that petition to city code-enforcement officials to even start construction.

“I had to go door-to-door through the neighborhood,” Sinclair said, “Nobody was in opposition, but that process threw us way behind.”

Sinclair spent all of her savings and also opened a Kickstarter campaign to offset renovation costs.

“It was a big beast of a project,” Sinclair said. “The plumbing, electricity had to be redone. The wallpapering and wood paneling … this ancient building had to be totally redone.”

There were days Sinclair would far rather have thrown in the towel than hang one. But she persevered, saying, “I saved all my money from my ‘Pin Up’ and Playboy days and said, ‘Let’s go for this.’ I put every dime into this, I believed in it, and I’m super-passionate about it. I’m proud of how it all turned out.”