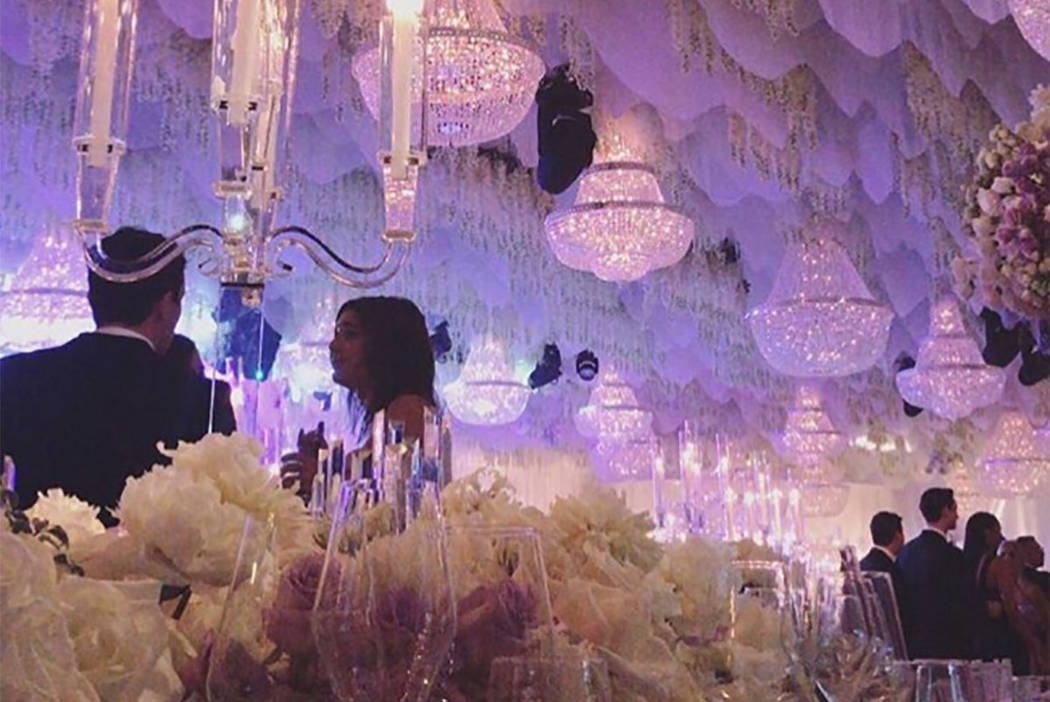 A scene from the Fertitta wedding at Red Rock Resort in Las Vegas on Saturday, Sept. 1, 2018 (screengrab from @wedstagrams) 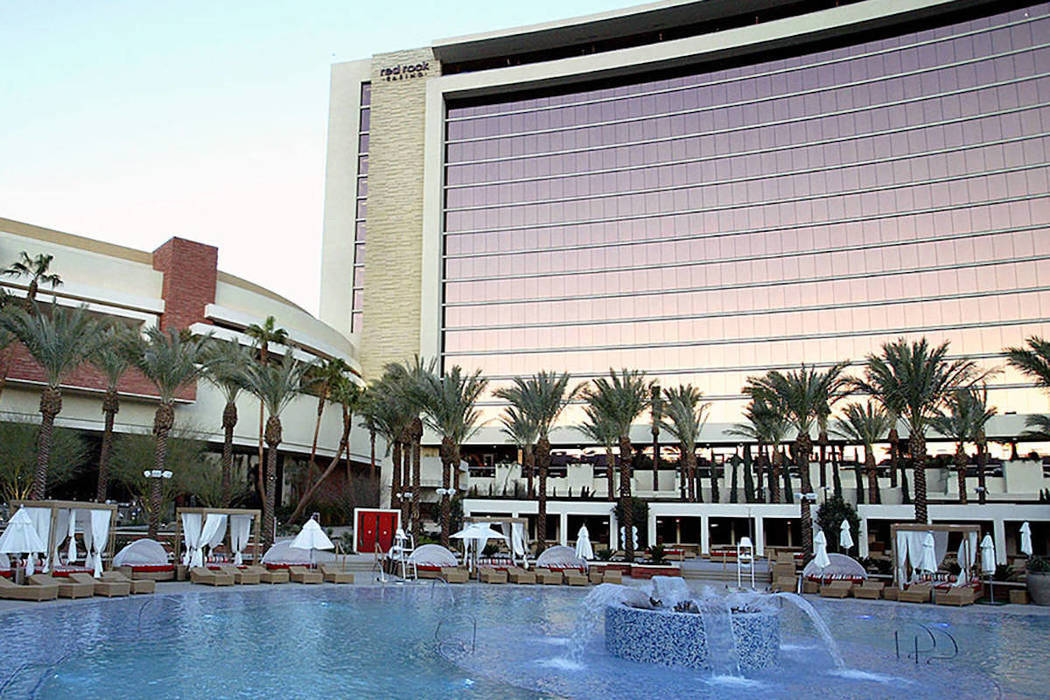 Kelley Fertitta woke up to a gigantic balloon message spelling out BRIDE on Saturday morning. Her sister, Victoria, was behind that surprise display. A photo of that moving moment, and another of the two smiling sisters, is on their shared lifestyle/fashion/travel Instagram page @wilsongabrielle, an offshoot of their Wilson Gabrielle blog.

Surprised my sister on the morning of her big day with balloons! I can’t believe my big sister is getting married! Here’s to the most perfect wedding day ✨🥂👰🏼 9.1.18

The inspiration for that gesture: Kelley Fertitta and Shopify Plus exec Tyler Nemiro were to be married Saturday night in a lavish ceremony at Red Rock Resort, owned by Station Casinos owners Frank Fertitta III (Kelley and Victoria’s father) and Lorenzo Fertitta.

Information about this spectacle has been percolating from the hotel for several days (and the first reference I saw to this wedding being planned at Red Rock was from the Vital Vegas blog). Unconfirmed reports abound, as it seems everyone involved in the event has signed a nondisclosure agreement.

Regardless, the entire convention center has been booked for about 450 guests, and decorated with what one observer described as “more purple and white flowers than I have seen in my life.” We have confidently heard that Chef Scott Conant, who operates Red Rock’s Masso Osteria restaurant, hosted the rehearsal dinner. Masso is also said to be the site of a “hangover brunch” Sunday morning.

The entire price tag for the event could run as high as $25 million, and security around the property is triple-tight. Word of such entertainers as Bruno Mars, Chainsmokers and even Beyonce have wound around the property. Mars does seem likely — he has previously performed such events in Las Vegas, and still commands a reported $1 million for an hourlong private performance. Chainsmokers (who are resident headliners at XS and Encore Beach Club at Wynn Las Vegas), along with DJ star Marshmello, also headlined a Fertitta private party at Red Rock’s Crimson nightclub last year.

Walking hand in hand into my sister’s wedding weekend. Kell, I can’t wait to stand by your side this weekend and to share in the beauty of infinite love. I love you so much sissy 💗 . . . . . http://liketk.it/2xaBf #liketkit @liketoknow.it #weddingseason #maidofhonor #sisters #sisterbloggers #familylove #fashionbloggers #shopafrm #stylebloggers #sisterstyle #bridesmaids #styleinspo #ootdmagazine #ootdbloggers

In an Instagram post Friday, Victoria Fertitta said, “Walking hand in hand into my sister’s wedding weekend. Kell, I can’t wait to stand by your side this weekend and to share in the beauty of infinite love. I love you so much sissy.” And the sisters are in shown in the photo, clasping hands.