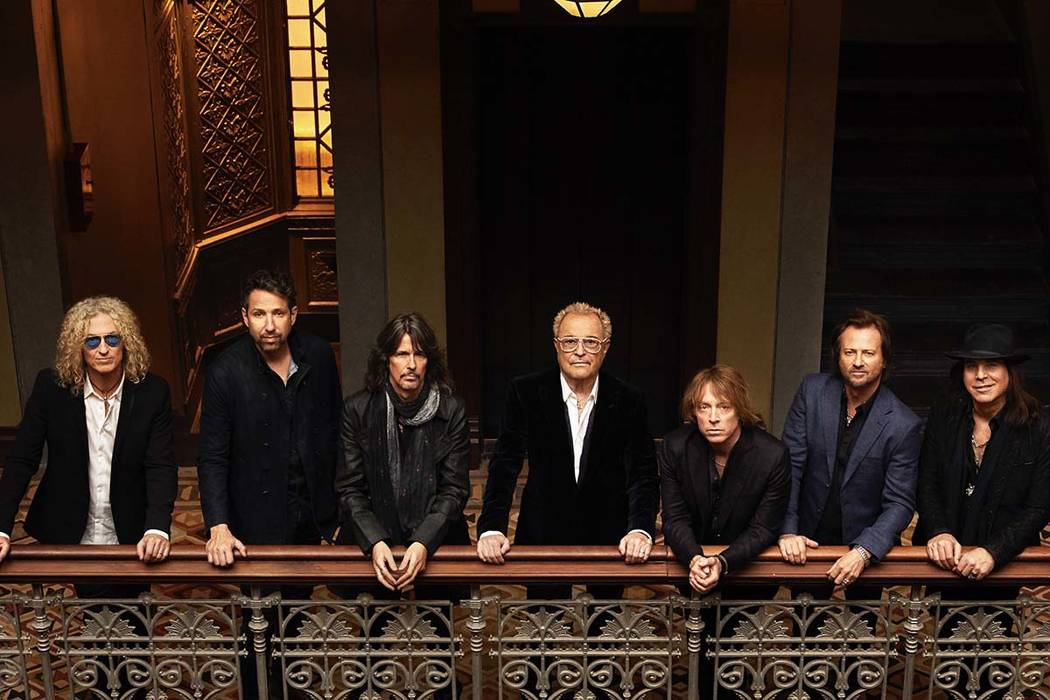 Foreigner has announced a 10-show residency at Venetian Theater in early 2020, with five shows Jan 24-Feb. 1 and another five from April 17-25. (Courtesy)

Mick Jones knew enough about blackjack in early 1982 to recognize a $15,000 payday was a considerable achievement.

“I mean, they really — they had to tear me away from the table at the end,” said the lead guitarist and co-founder of Foreigner during a phone interview Tuesday morning. “They said, ‘Stop! You’re doing great!’ So I was escorted back to my room. I had a few drinks, too.”

Jones feels the hotel’s superstar owner was keeping tabs on the band.

“We met Wayne Newton, and he kind of looked after us,” Jones said of the band’s performance in January 1982, when Newton had an interest in the property. “A very nice welcome he gave us and uh, he seemed like a really nice guy … My memory is working today!”

Expect a veritable Foreigner hit parade, with the band reviving such classics as the No. 1 hit, “I Want To Know What Love Is,” along with “Juke Box Hero,” “Cold As Ice,” “Hot Blooded,” “Waiting For A Girl Like You,” “Feels Like The First Time,” “Urgent,” “Head Games,” “Say You Will,” “Dirty White Boy,” and “Long, Long Way From Home.”

Foreigner has been a touring force behind vocalist Kelly Hansen, who replaced the original vocalist, Lou Gramm.

“He’s ensconced, he’s been in the band for 15 years now, and he’s great,” the 74-year-old Jones said. “He’s a really inspiring figure to play off of on stage, you know, he’s very … he’s got great presence, and he’s got a great voice, too.”

Jones says the band’s plans for production specific to Venetian Theater “are still on the drawing board,” but he is eager to perform at the comparatively cozy venue.

“It’s a more intimate setting than we normally play, you know, when we tour,” the guitar great said. “I think it’s going to be really fun to be in close in contact with the fans.”

“I’ve never gambled since, I don’t think,” he said. He laughed as he considered another run at blackjack. “Maybe, with a little less money involved.”