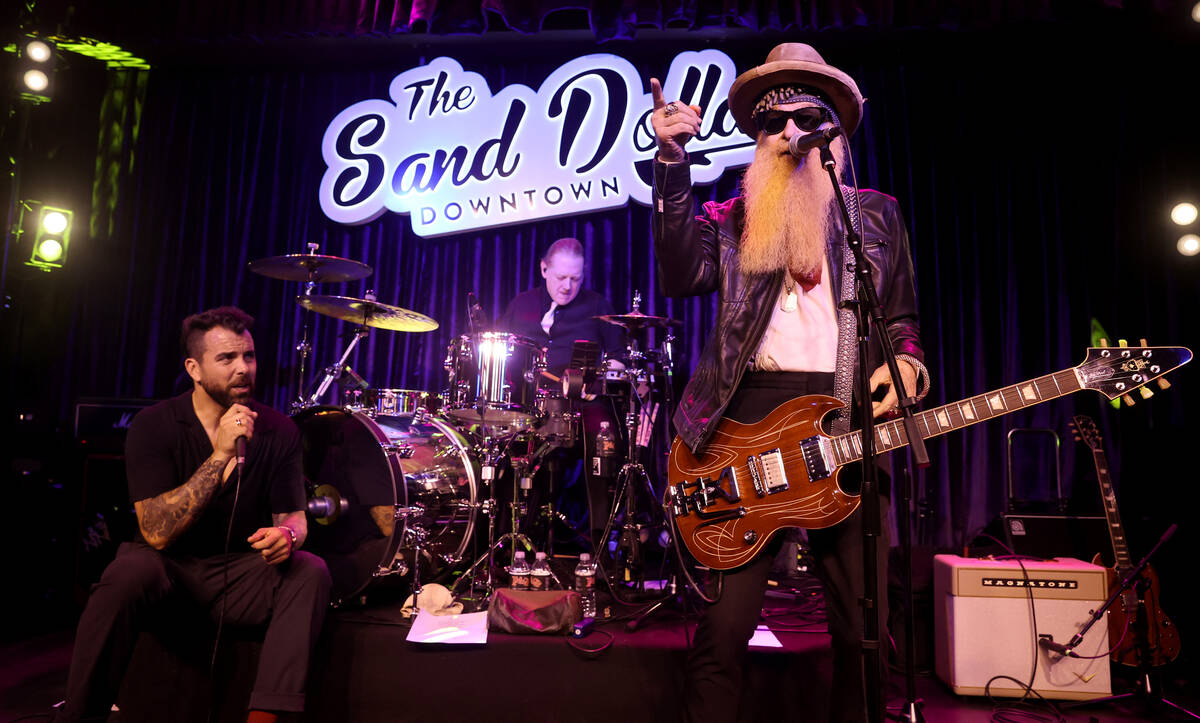 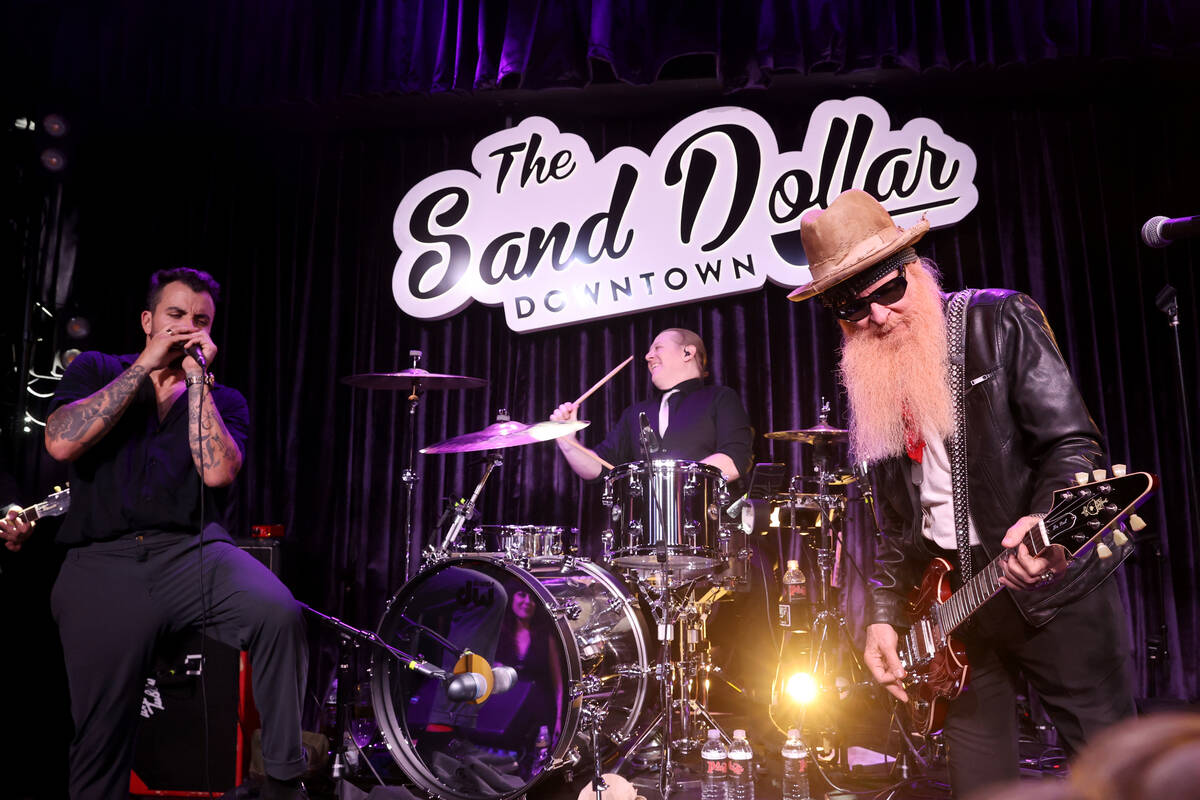 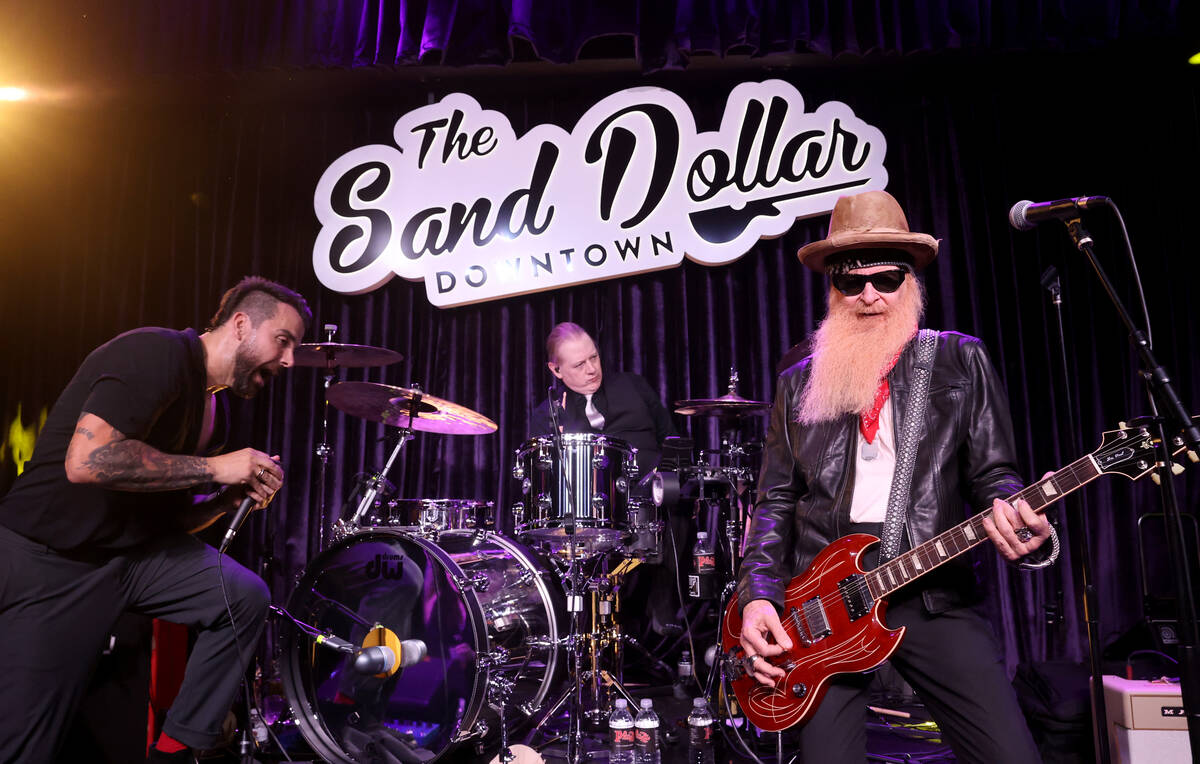 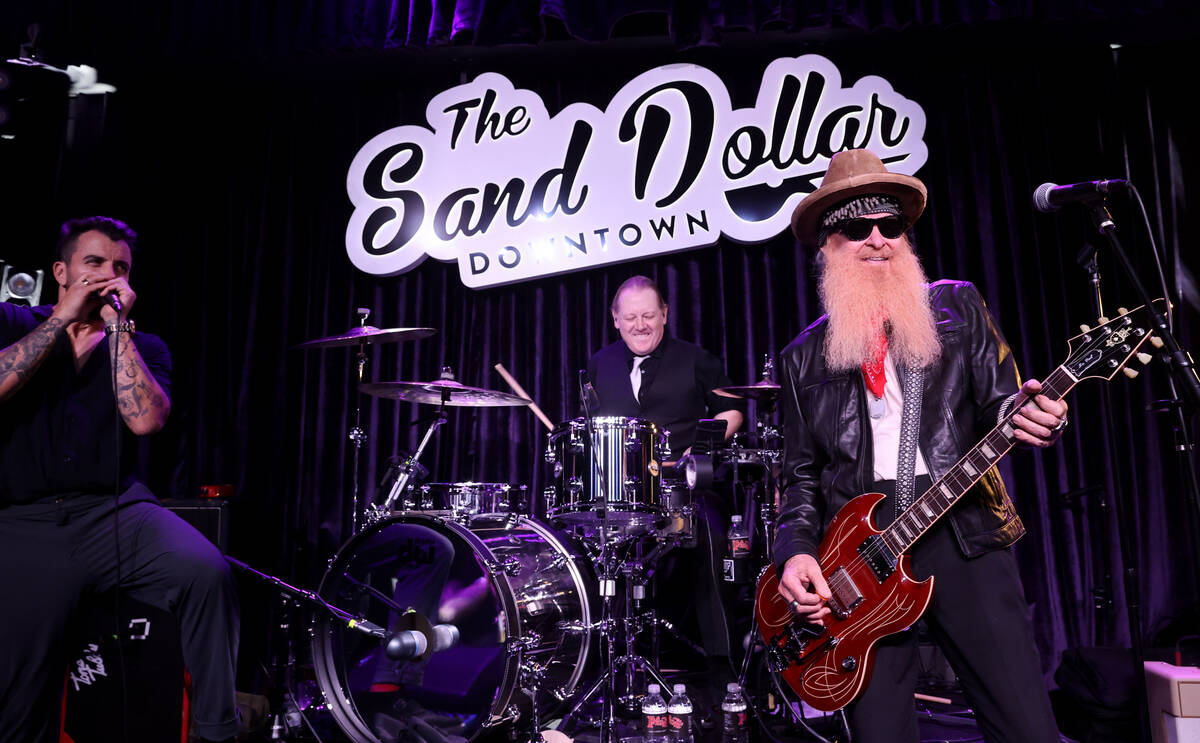 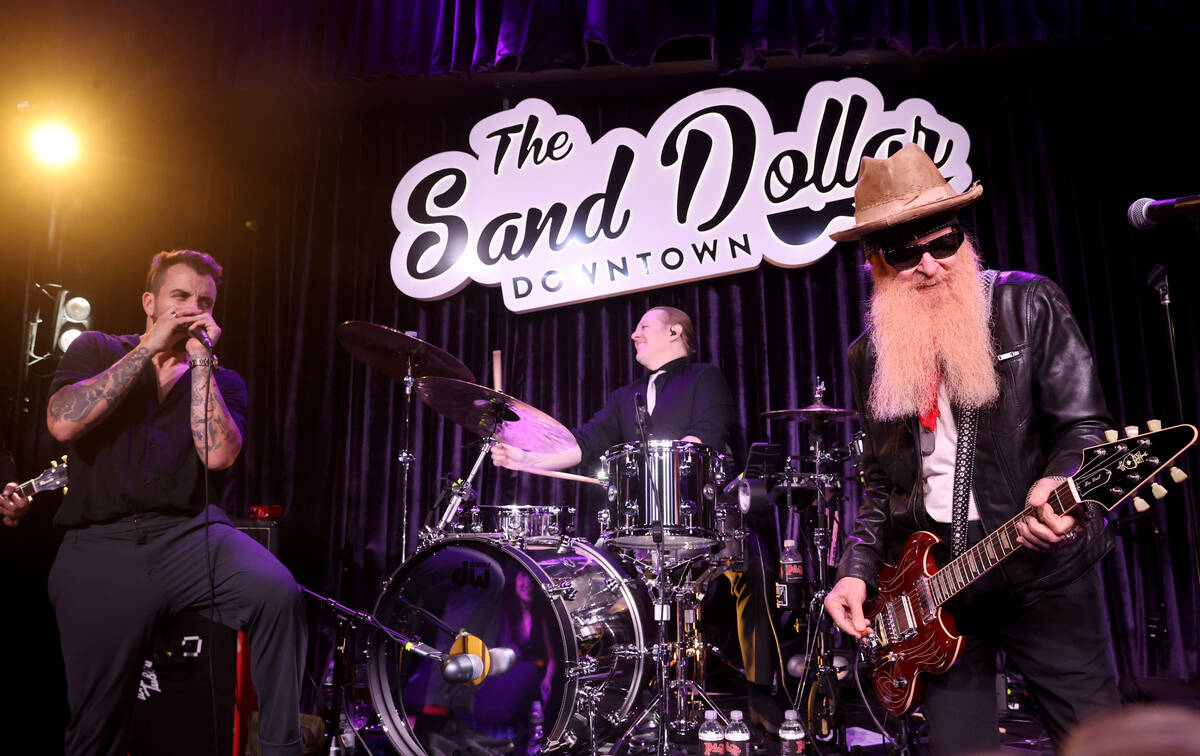 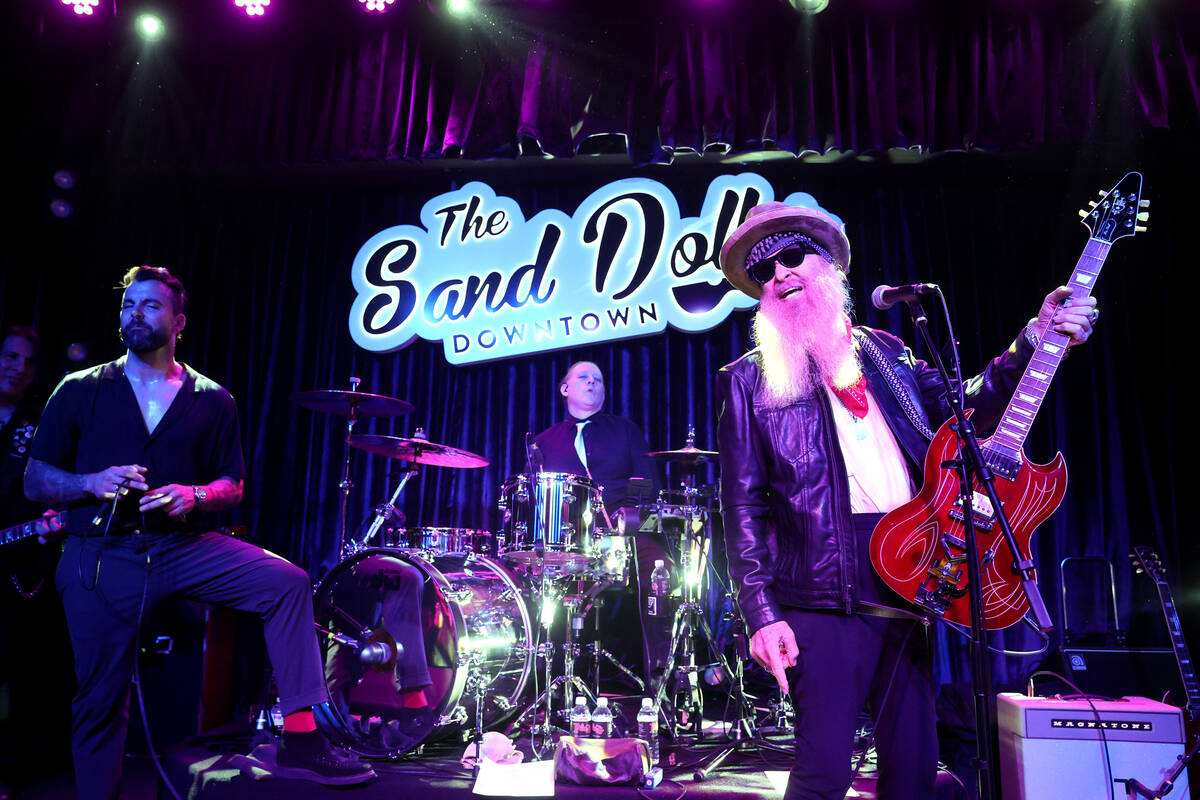 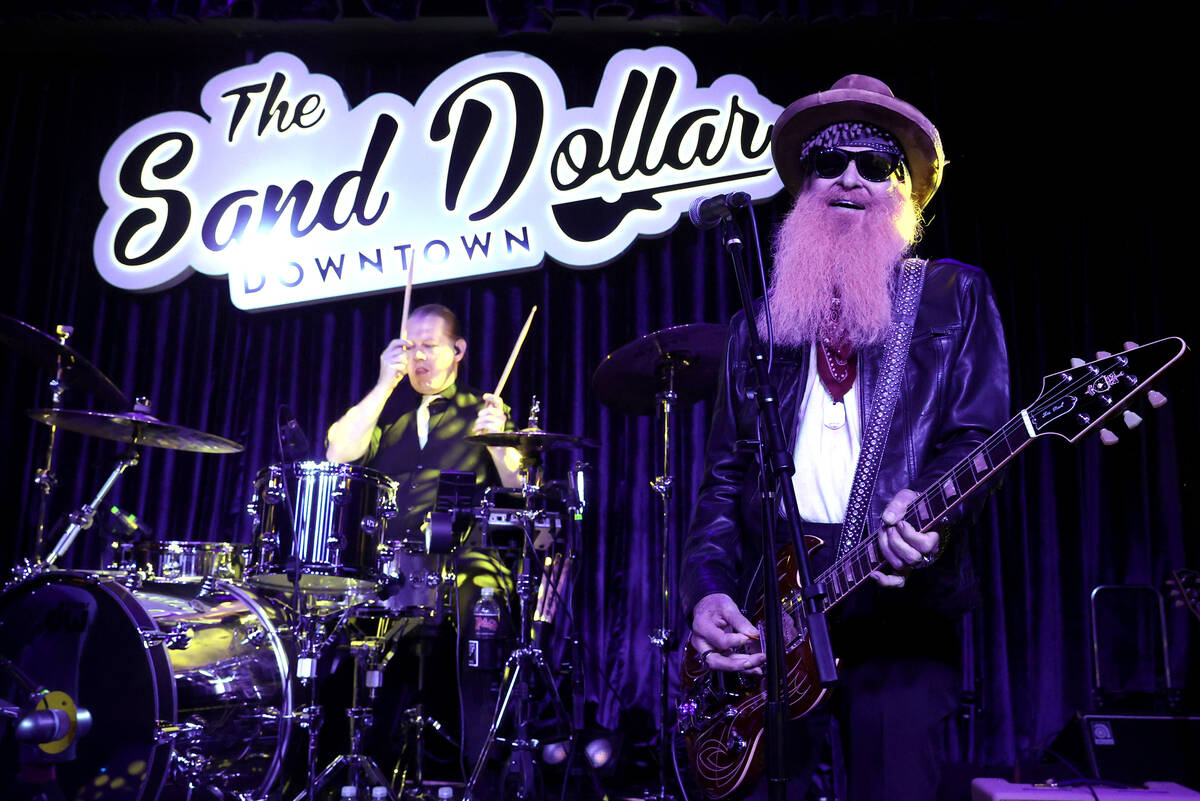 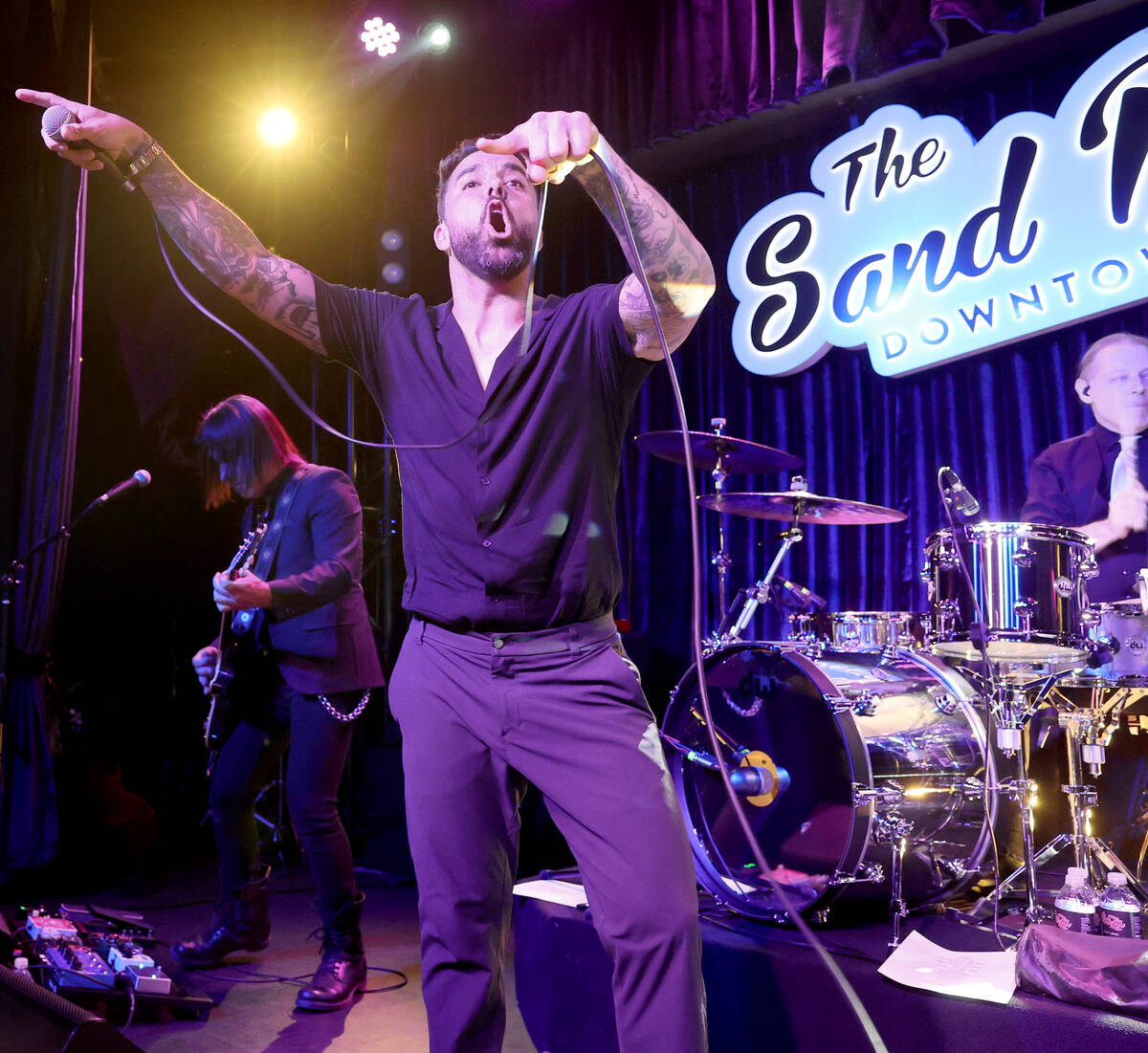 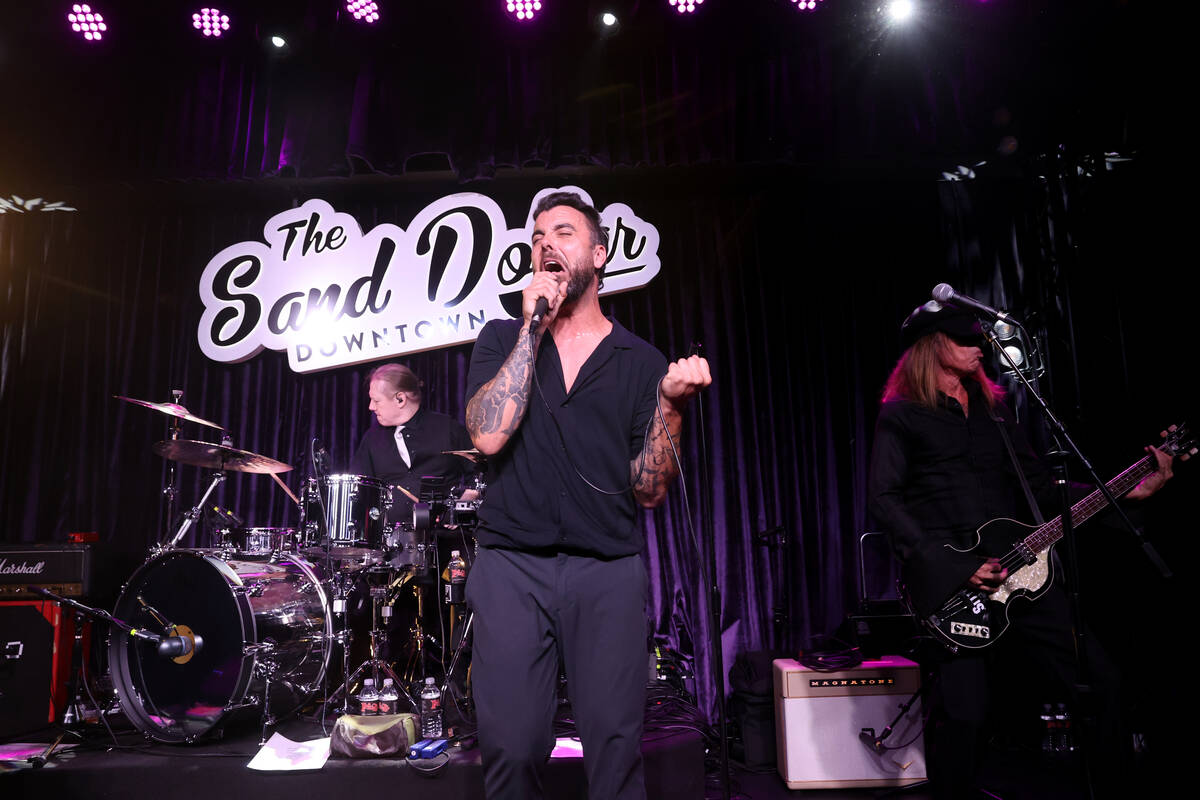 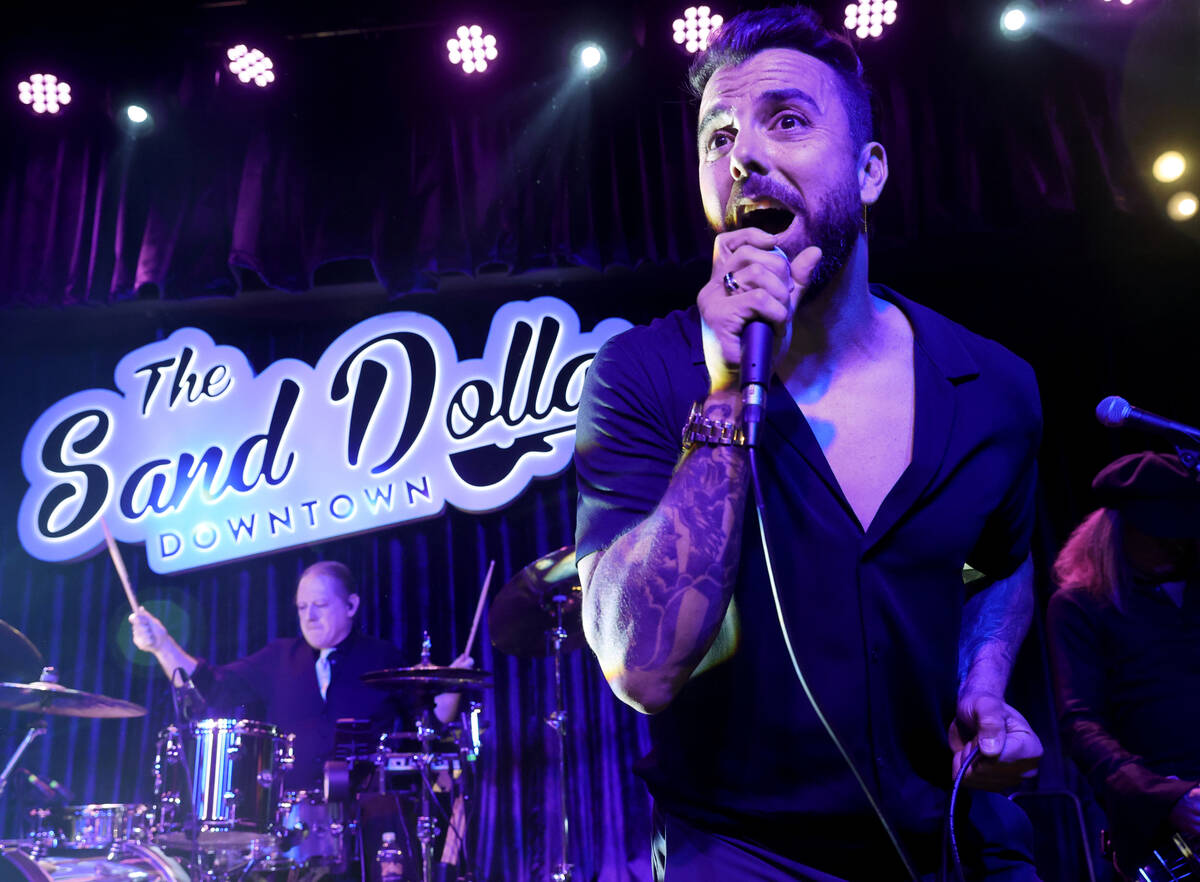 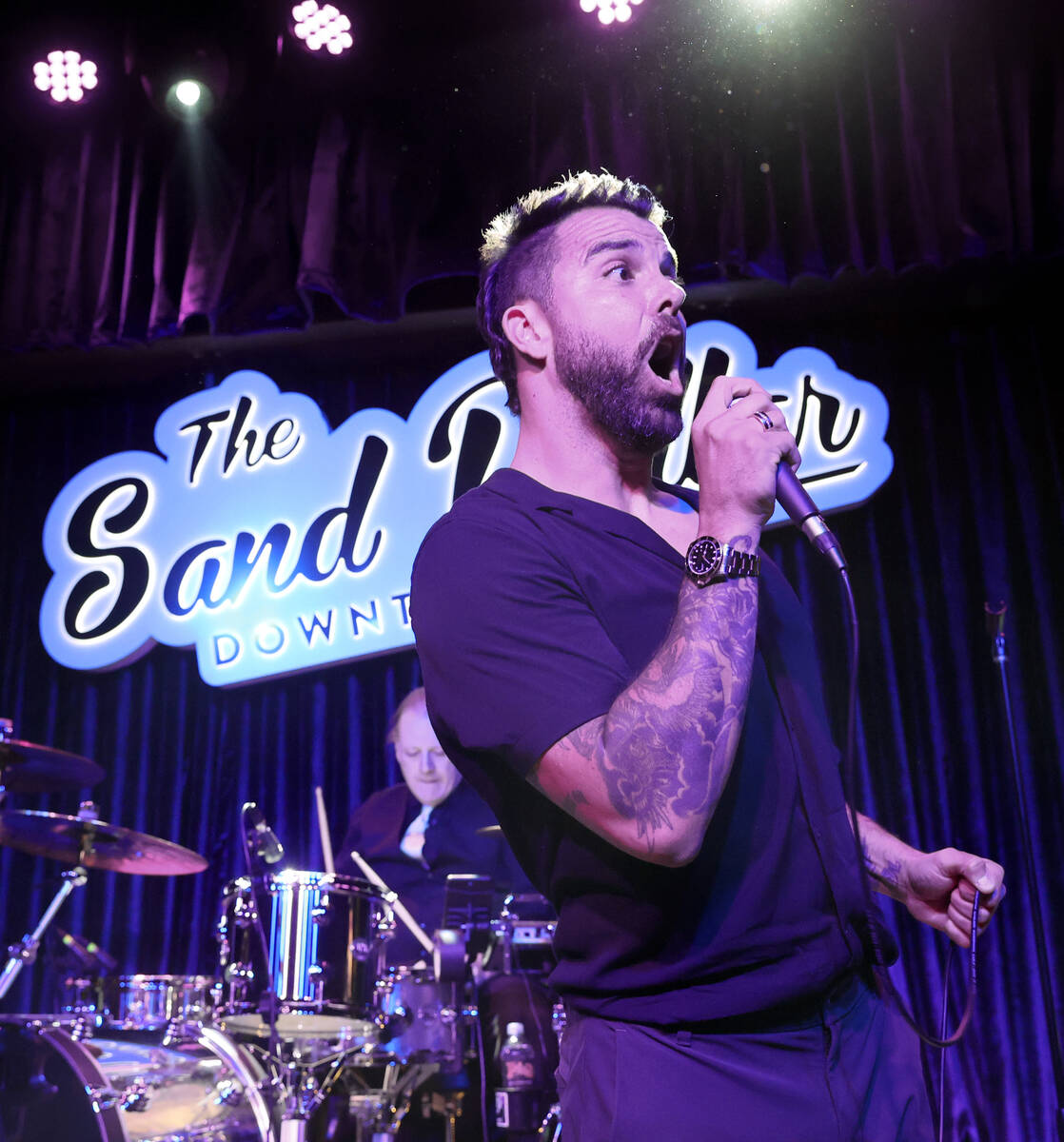 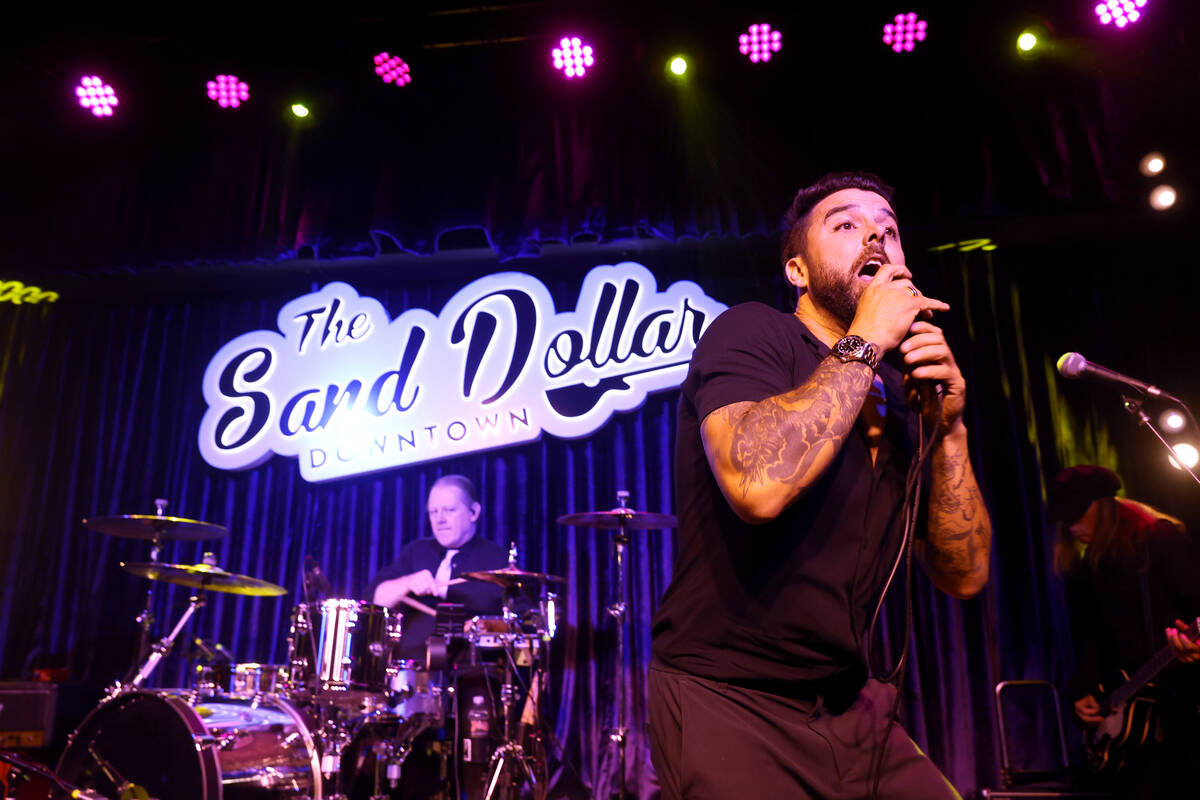 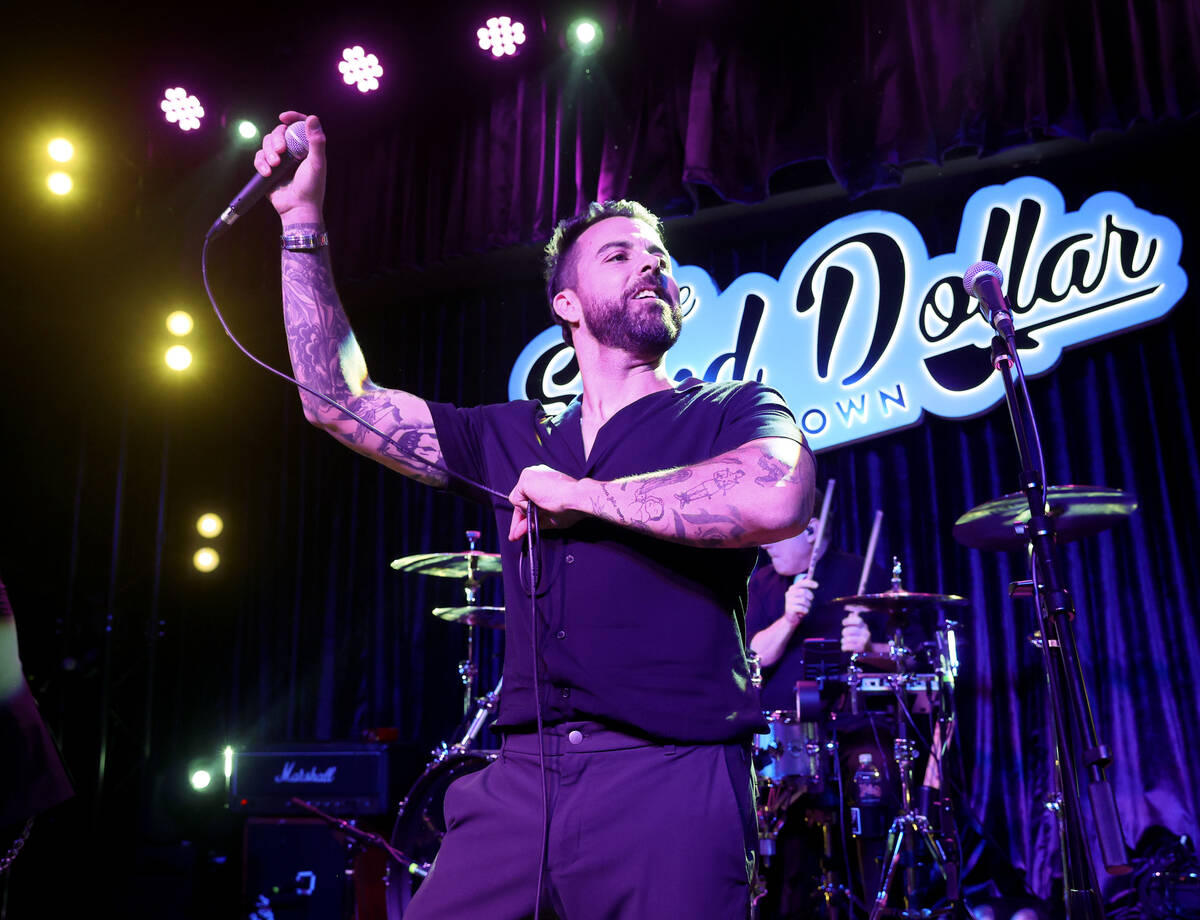 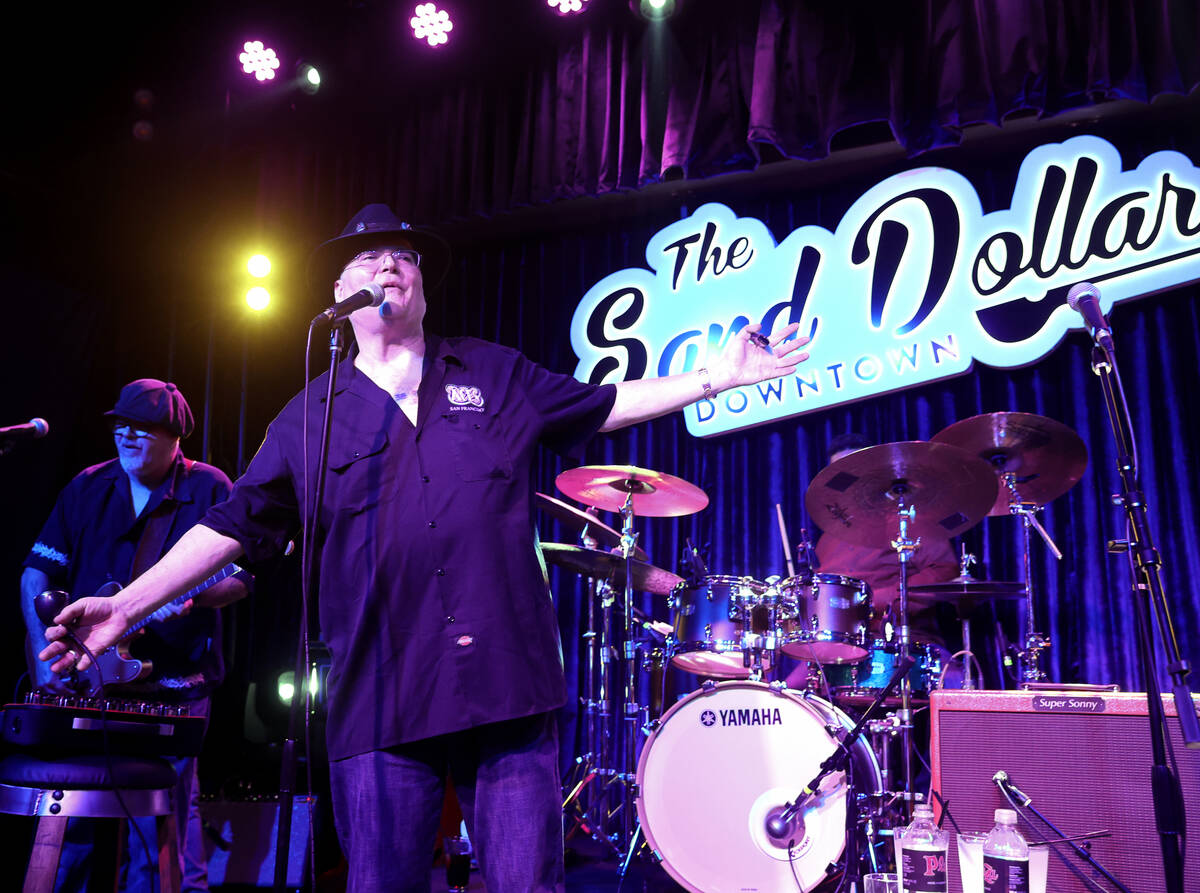 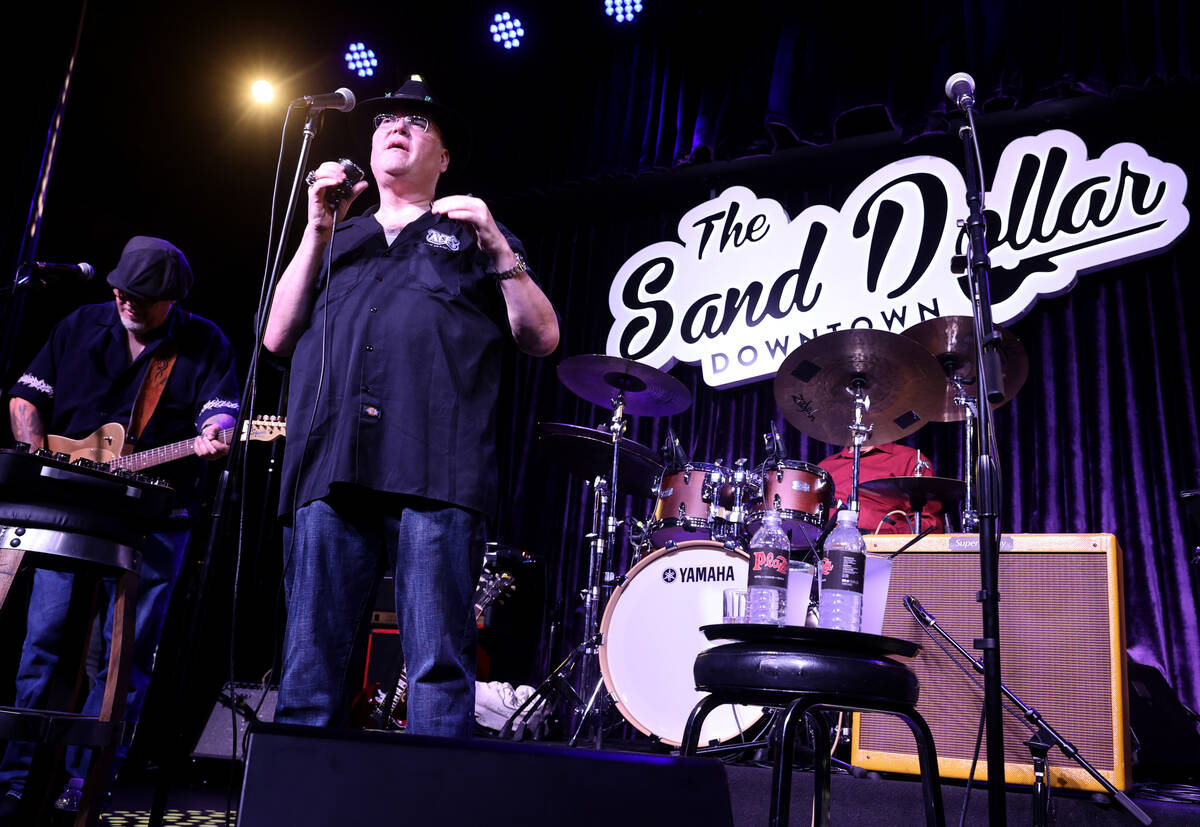 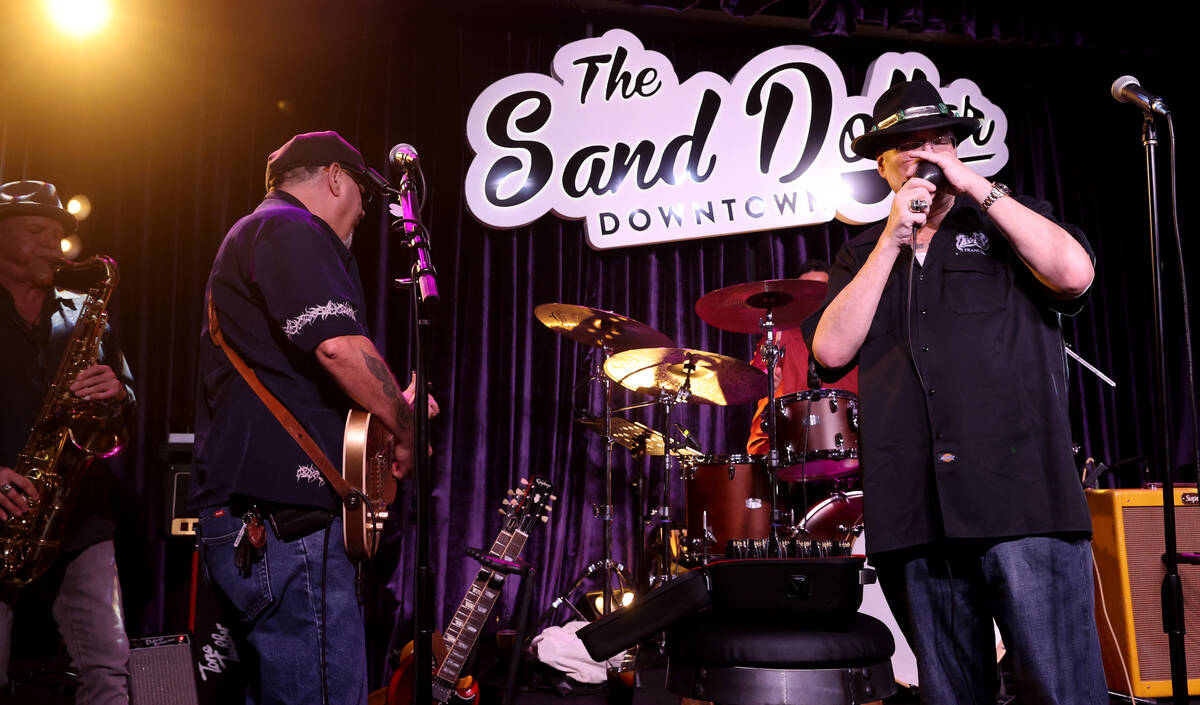 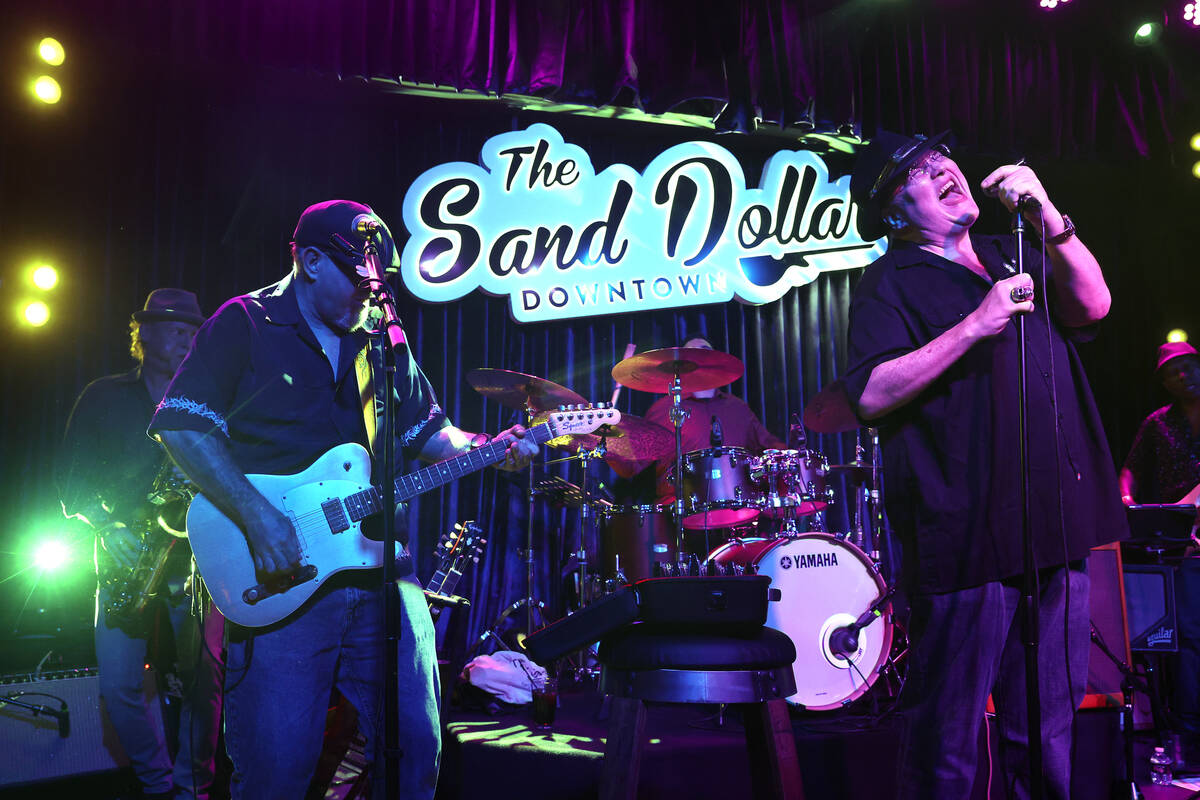 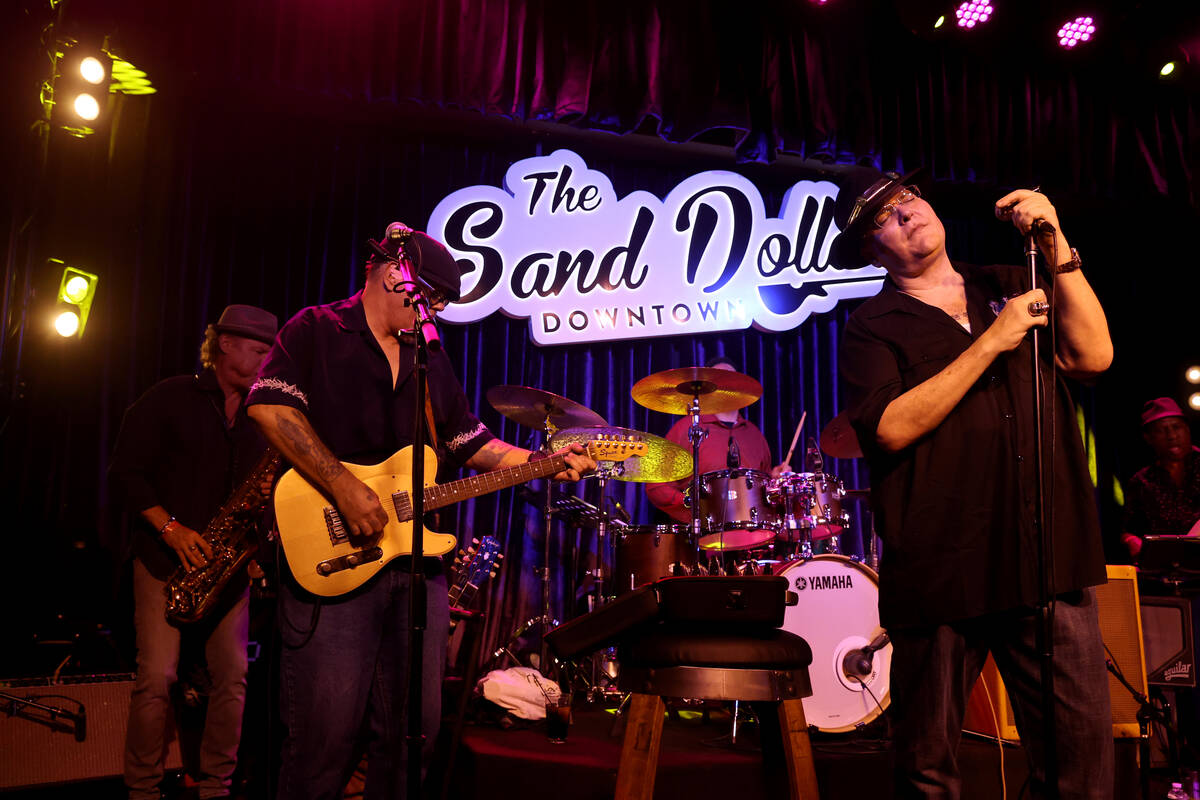 Billy F. Gibbons is from Houston, and today lives in Las Vegas. But as his buddy and fellow rocker Franky Perez says, “Billy is a citizen of the world. He takes to wherever he is.”

Thursday night, Gibbons stamped his passport at the new Sand Dollar Lounge Downtown at the Plaza. The offshoot of the famous Sand Dollar Lounge on Polaris Avenue and Spring Mountain Road opened about a month ago. Gibbons joined Perez’s FXP band, following a two-hour set from John Popper of Blues Traveler, in a rowdy premiere show.

Gibbons and Perez’s band (featuring Christian Brady on guitar Doc Ellis on bass and Todd Waetzig on drums), floored it through a set that included ZZ Top anthems “Waitin’ On the Bus,” “I Thank You,” “La Grange,” “Sharp Dressed Man,” and “Gimme All Your Loving.”

Gibbons said he felt at home in the rock club not far from his Las Vegas home.

“It’s a bonus to take the deck knowing that there are some professionals ready to cut loose and get down,” Gibbons said in the club’s green room a few minutes after stepping off the stage. “Everybody comes here to have a good time, and when you deliver a good time it’s a double-bonus. They were going crazy out there … This place is so slick and shiny. I’m not complaining about that.”

Gibbons arrived armed with more than his trademark beard and trusty Gibson 5G. He also delivered some news. ZZ Top is returning to The Venetian Theatre for seven shows running in tandem with the National Finals Rodeo from Dec. 1-10.

Gibbons is also playing the national anthem on guitar at the NFR at Thomas & Mack Center during one of those dates.

A new ZZ Top album is in the offing, too, the live recording “Raw,” due July 22, with “Brown Sugar,” “La Grange,” and “Tube Snake Boogie” available now for download. “Raw” is release is the soundtrack to “That Little Ol’ Band From Texas” Netflix documentary.

Matching the title, the music is really raw, performed on the spot. Gibbons and bandmates Dusty Hill and Frank Beard expected the event was just a photo shoot to run along with the documentary. The session was to take place in 2019 at Gruene Hall, billed as, “The oldest continually run dance hall in Texas.” The photos were to promote the documentary by showing the band in a rustic, honky-tonk environment.

“This wasn’t intended to be a recording session. We show up at Gruene Hall, which has been open since like 1900, and I expected we were going to take a couple of snapshots and leave,” Gibbons said. “But the wires got crossed, and the whole stage, the whole ZZ Top show, was set up. Then there was a camera jam — the infamous camera jam! — and 10 minutes turned into 30. I looked at Frank and Dusty and said, ‘We might as well crank it up.’ ”

The result was a two-hour set that tightens your spine. The album has been dialed down to 11 songs. Gibbons played a few bars of “Honky Tonk” on his phone, smiled and said, “We’re just jamming.” The album is dedicated “in righteous memory” of bassist Dusty Hill, who died last July. Longtime ZZ Top guitar tech Elwood Francis has stepped in. As Gibbons says, “He’s been family for 35 years, and now it’s like ZZ Top is a new band.”

Perez is a Las Vegas native who met Gibbons as the opening act for ZZ Top and Lynyrd Skynrd’s 2003 U.S. tour (that series played Mandalay Bay Events Center and Orleans Arena). Perez is still Gibbons’ go-to Vegas band mate, and timed the release of his latest single, “90’s Love Song” on Friday. The song is on Perez’s upcoming album, “Crossing the Great Divide.”

Perez also said Friday that he and some investment partners are opening a Liquidation Nation furniture outlet in mid-to-late June. The business is opening on the corner of Decatur Boulevard and Oquendo Road. Furniture, exercise equipment and the like will be on sale.

“Is that random, or what?” Perez said, laughing. “I want to build a really cool business with great bargains.”

Not finished with imparting random updates, Perez added that he and Gibbons are partnering on a taco truck, which will be set up at the Liquidation Nation parking lot (and we anticipate, elsewhere). Perez is not ready to give the title yet, saying, “We’re just hinting to it now.” But we are combing the ZZ Top discography for clues.