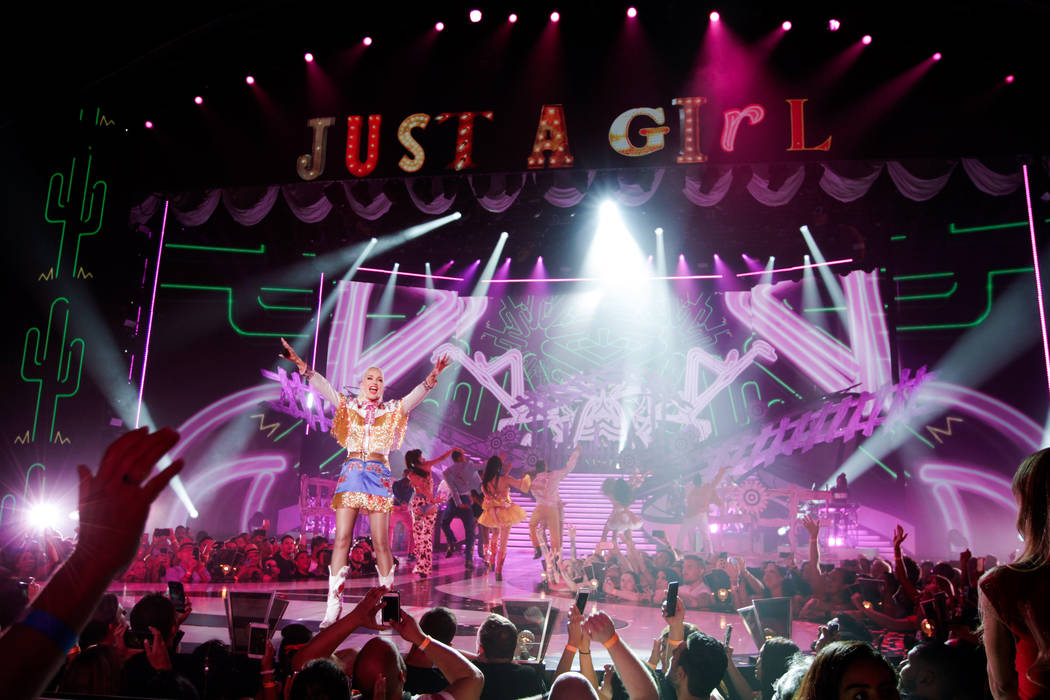 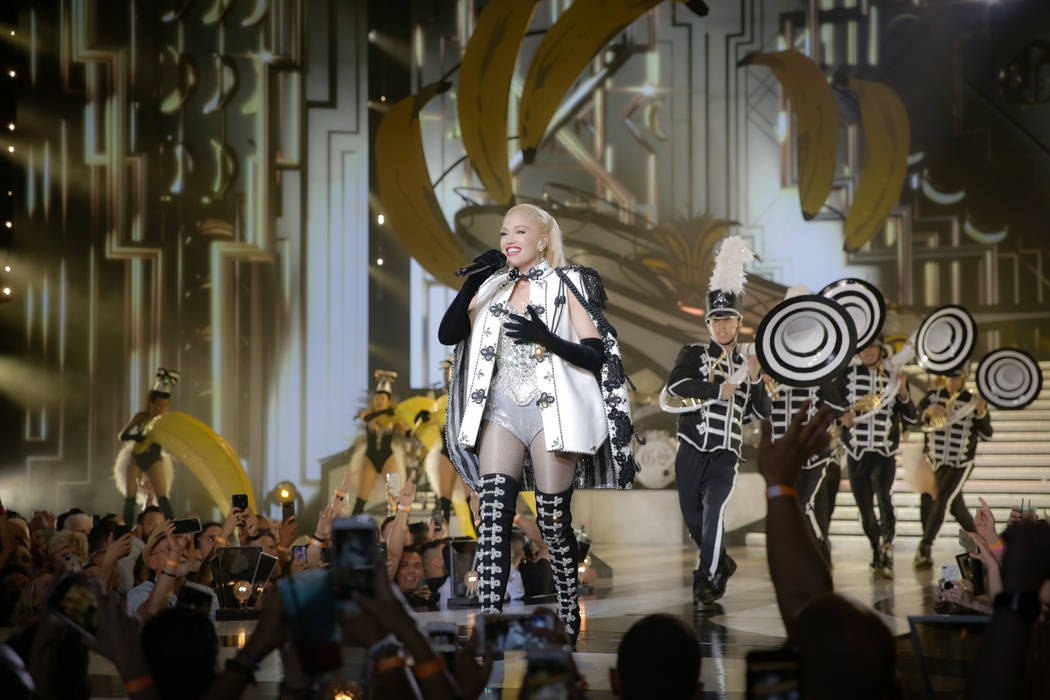 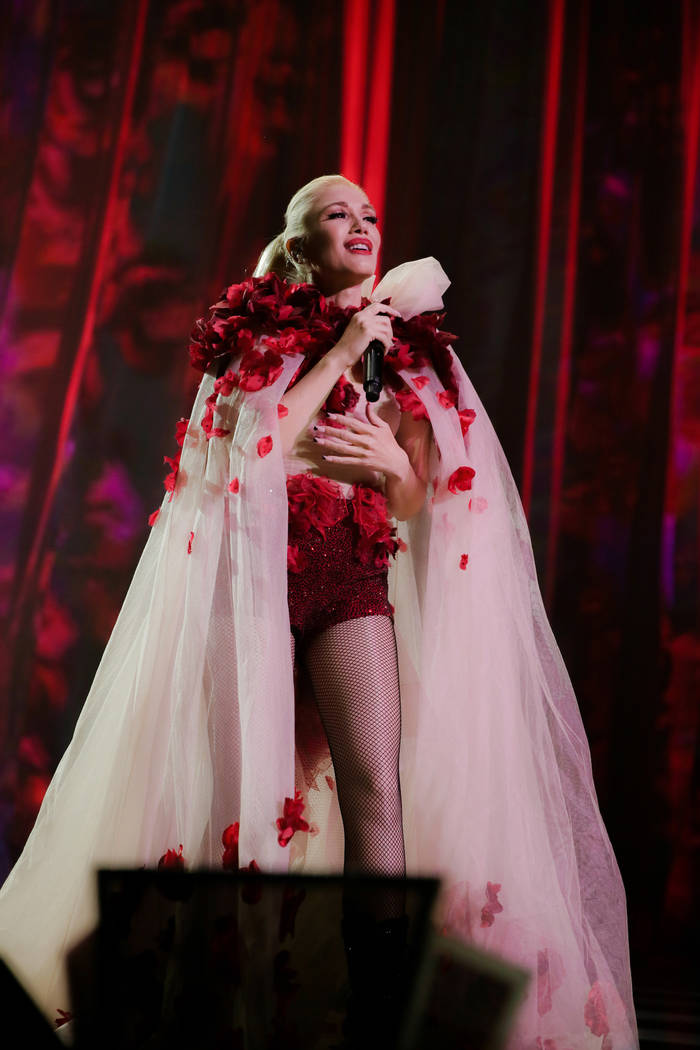 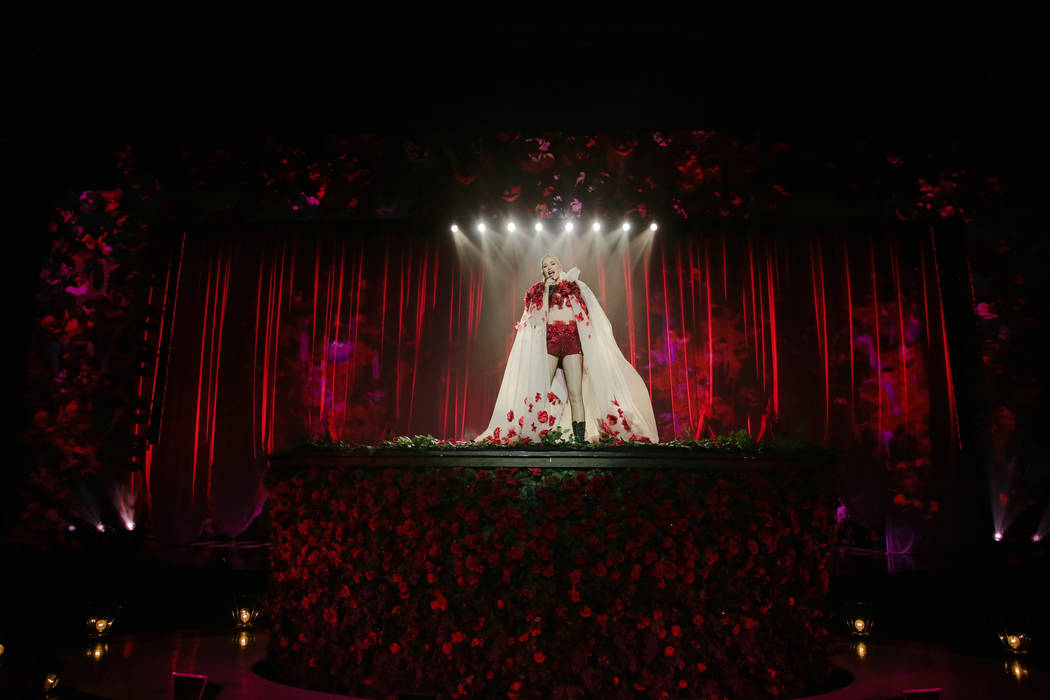 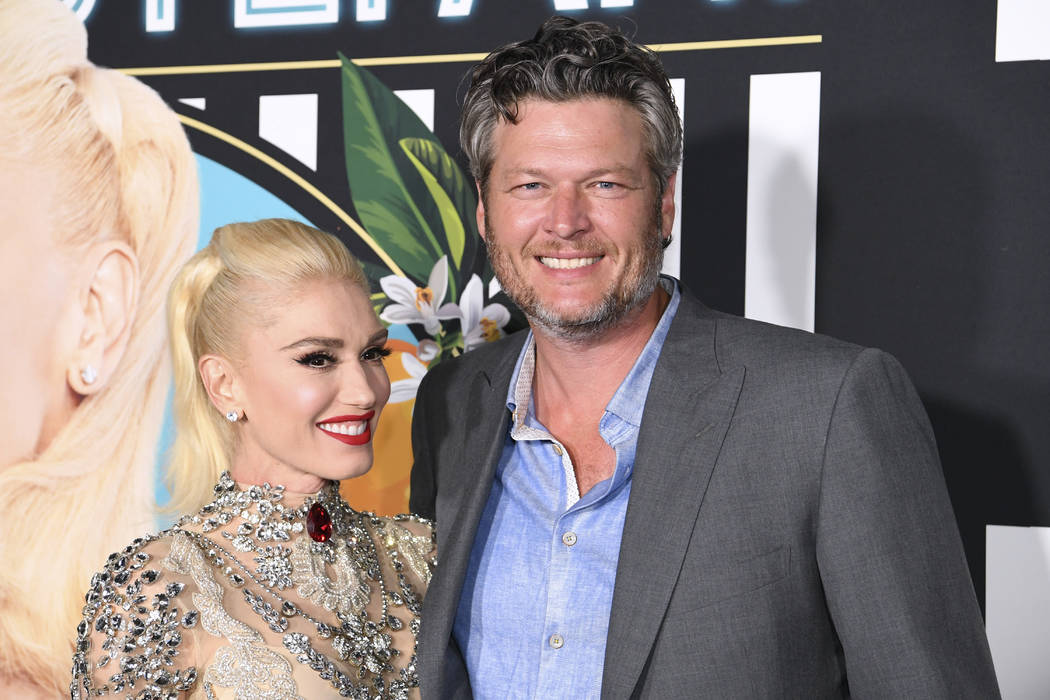 Gwen Stefani grew up being obsessed with the soundtracks of musicals and old Hollywood films. She also was influenced by the ska scene in Orange County.

Those are the pillars of her residency at Zappos Theater at Planet Hollywood.

“I grew up being obsessed with ‘Evita’ and ‘Annie,’ and ‘The Sound of Music’ was my favorite movie,” Stefani says. “And early with No Doubt, which was founded by me and my brother (Eric Stefani), we were attracted to Madness, that band, they were in the scene and were comical but did their own thing. So this residency is an environment were I get to all my passions.”

“Just a Girl,” a splashy series of autobiographical production numbers throughout Stefani’s remarkable 33-year career, returns to Zappos Theater this Friday and Saturday. In all, the Stefani headlines 10 dates through July 26. Highlights from our recent phone chat:

Starring her own production show is “just outrageous”: “I was always singing in a band all these years and to wind up with my own show is just outrageous,” Stefani says. “But at the same time if feels so right. I went from being in more of a male environment, to bringing out all of the things I love that are female — costume changes, hair and makeup, musical production. It’s No Doubt meets everything I love in the way I can do it.”

The show-opening “Hollaback” is a trip through time: The number kicks off the show with a set laden giant bananas, tubas and showgirls parading up a double staircase. “I wanted to start with, ‘I’m in Vegas. This is what I see Vegas as.’ And ‘Hollaback is like my biggest song in the sense that when people see me, they spell ‘Banana’ for me,” Stefani says, laughing. “The staircase, the old-style props where everything has glitter, the feathers and showgirls, is definitely me trying to be everything I love about Vegas and putting a modern song to it.”

Originally, No Doubt wanted to go punk rock: “When we started, everybody was being united by the genre of music even more than the particular artists, and it united and defined people, like ‘You’re into that? Me too!’ ” Stefani says. “With us, No Doubt wished it was a punk band, but unfortunately I was the singer and I didn’t consider myself much of a punk. So we kind of stumbled on other genres and became kind of silly and theatrical onstage, in our own way.”

Her man is a sounding board: Blake Shelton does furnish advice for the stage show, but informally. “I feel like he’s a best friend; we talk about everything, but he doesn’t really sit in on meetings,” Stefani says. “He’s definitely with me, and we bounce ideas off each other and he’s just an amazing performer and an amazing person. He’s been loving watching the show in Vegas, too.”

Encore for this rivalry

NBA combatants from a bygone era, Magic Johnson and Larry Bird, are featured in the new 90-second online video promoting the opening of Encore Boston. Set to Frank Sinatra’s “Nothing But the Best,” the clip co-stars Wynn/Encore resident headliners The Chainsmokers. The campaign is set up to celebrate the resort’s commitment to the luxury experience, and also shows golden elevators ascending through the clouds. It’s sort of Willie Wonka-meets-a-resort-casino vibe.

The Edinburgh run, which concludes Aug. 25, is the first time show producer Spiegelworld has debuted a title overseas for a U.S. premiere. “Atomic Saloon Show,” which has an acronym we shouldn’t use in a family publication (I’m sure that’s coincidental), opens in September at The Grand Canal Shoppes at the Venetian.

The Burlesque Hall of Fame, which as we know is the world’s only museum of burlesque, is staging “Liber-TEASE!” at 7 p.m. Friday (doors at 5:30) at Ron DeCar’s Event Center. Vegas burlesque stalwarts Blanche DeBris, Raquel Reed, Bettina May, Tana The Tattooed Lady, Buttercup and Sweetie Bird head up the lineup. Jesssabelle Thunder, “The 8th and 9th World Wonder,” is in from L.A., and legends Gina Bon Bon and Tiffany Carter also are scheduled to appear.

General admission is $29, a VIP buffet ticket is $39 and VIP plated-dinner ticket is $49. All proceeds go to the non-profit Burlesque Hall of Fame in Las Vegas. Go to BHOF.link/libertease for info.