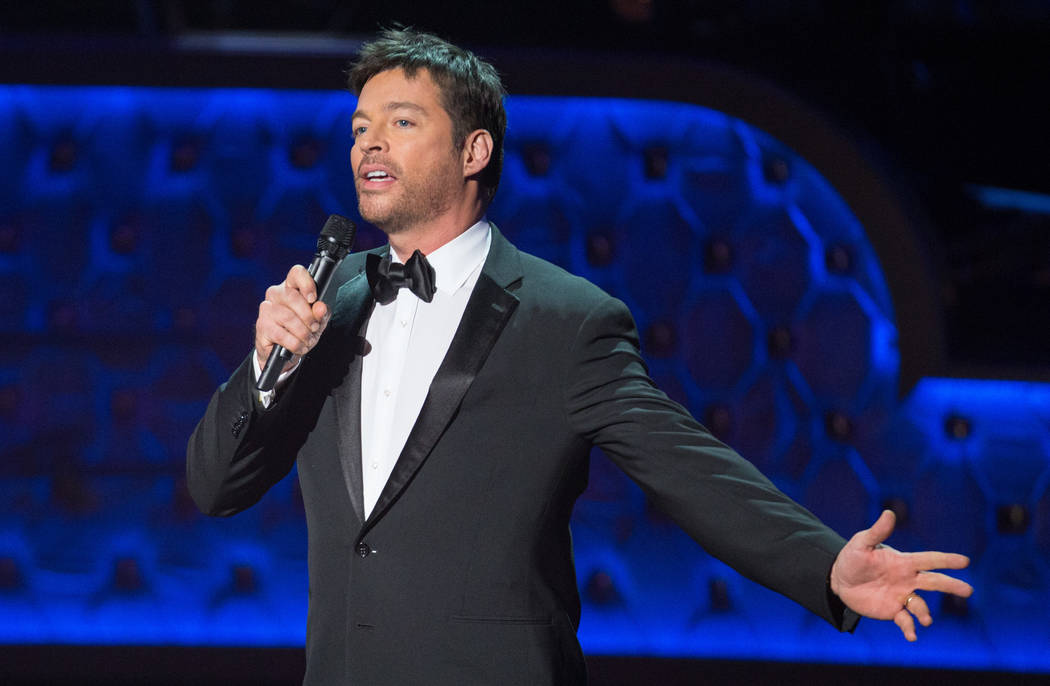 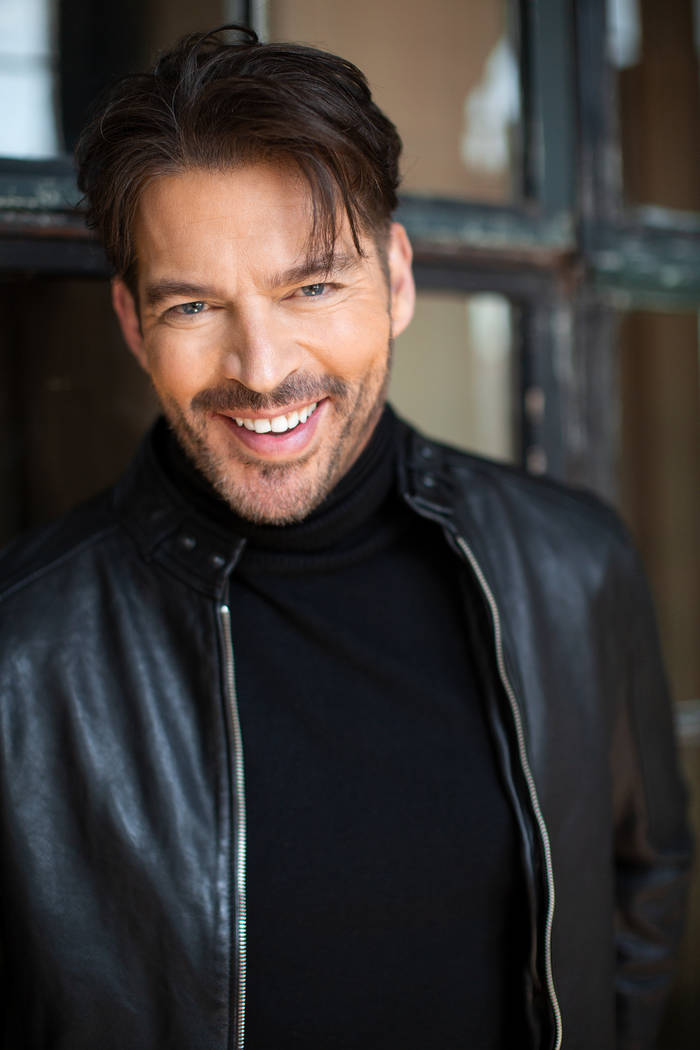 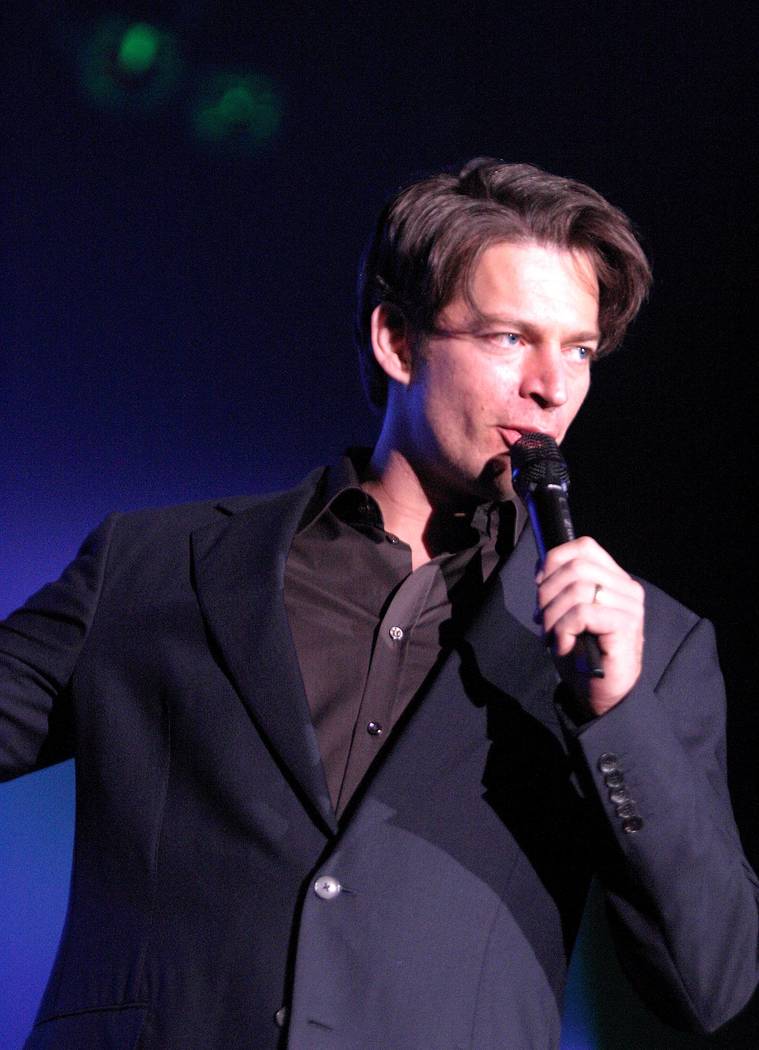 Those who have observed and absorbed live entertainment over the generations wonder who would be the “next” Cole Porter, who might carry that mantle of the expert showman and composer. While not specifically assigning himself to carry Porter’s torch, Harry Connick Jr. is celebrating Porter’s panache and musicianship this week and weekend at Encore Theater at Wynn Las Vegas.

“True Love: An Intimate Performance” runs 8 p.m. Wednesday, Friday and Saturday. Connick has released his album dedicated to Porter, also called “True Love,” and will expand to perform era-spanning standards and samples from his own enduring solo career.

Connick helmed his own lavish tribute to Porter on Broadway in December. The Vegas show should also be, as the hepcats say, a swingin’ time, powered by four horns and a rhythm section, with the showman at the center.

Some highlights from my recent phone chat with the 52-year-old entertainment great:

“We did the Broadway show and performed a big-big-big show with a lot of production and sets and choreography and all that, and we’ll take that around the world again in the fall,” Connick says. “In the meantime, I have been craving playing some of these Cole Porter songs, but not in such a big production. So we’re doing an intimate performance, which is basically 100 percent music, not about sets or choreography or anything but the musicians on the stage interpreting this great music among other songs I’ve done.

“If we were all together in a small room, and I’m doing a private concert, this is it.”

“I love Vegas. I mean, I really love it and I have always loved it,” says Connick, who co-starred in “Sinatra 100 — An All-Star Grammy Concert,” also at Encore Theater, in December 2015. “Whenever I play I have a good time. People come there to be entertained and have seen the best in the world. For me to put on a show there is the ultimate thrill. A lot of times audiences have the potential of being tough, and it’s not like Indianapolis, where you are the featured concert of the night in the city. There are many other shows and a lot of these people, you don’t know how they got their tickets, they may have been comped and not have heard of you.

“So, those are all interesting shows, to keep the attention of people who might want to get back out on the casino floor for an hour and a half. You have to be at the top of your game. That’s fun for me.”

What about an extended residency?

“Well, I don’t handle the schedule — which is fortunate, because that is not where my skill set lies,” Connick says. “But if they came to me — ‘they’ being my manager — with a particular venue for six weekends a year, I’m like, ‘Yay!’ I love coming to Vegas (laughs)!’ But organizing that is not part of my life, and that is a good thing.”

The shows are unalike

“I have some hardcore jazz musicians, the guys I have onstage are just ridiculous, and there is a lot of room for interpretation,” Connick says. “If you came to all three shows in Vegas, you would see three different shows, because that is the nature of what we do. The songs are the buoys, and we untie from them, every night.”

“It’s important for the me and the musicians, and I happen to be a musician who writes and orchestrates for every album and also a performer, it’s imperative,” Connick says. “Now, whether people need to know about it is a different story. What’s funny is, when I wrote the Cole Porter show, my wife (actress Jill Goodacre) has been trying to get me to tell people about the process of arranging and orchestrating for 30 years. I’m like, ‘People aren’t interested in that. It’s technical, it’s boring.’

“But I wrote a section into the Broadway show where I broke down ‘Night And Day,’ and on Broadway everyone said that was their favorite part of the show. It was cool, and I’ll tell you it is important to me. But in Vegas, we will be in the room to have a good time.”

Watch for him on the links

“I like to play golf now and then, and I’m bringing my golf clubs just in case I get a chance to go play,” Connick says. “Me and my bus driver, Yogi, we like to go out together. Maybe I’ll do that, because all of my charts will have been written by then and I can kind of enjoy myself. I hope I have time to do some hanging out, too.”