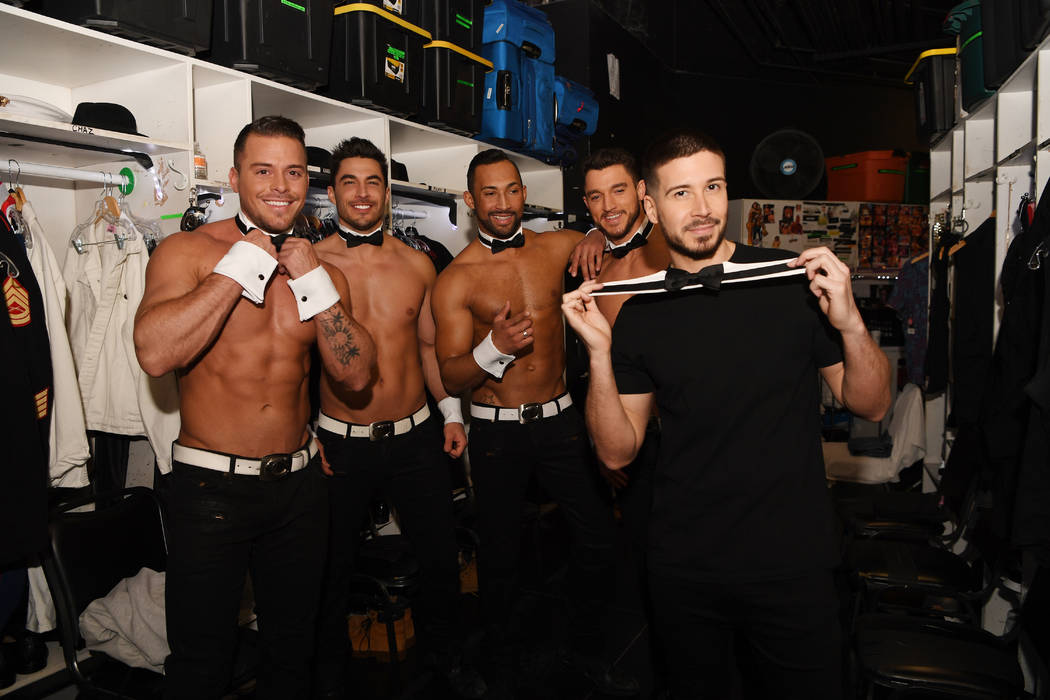 Vinny 'Vinny G" Guadagnino is shown with members of "Chippendales" at the Rio. He is performing in the production from April 26-May 26. (Denise Truscello) 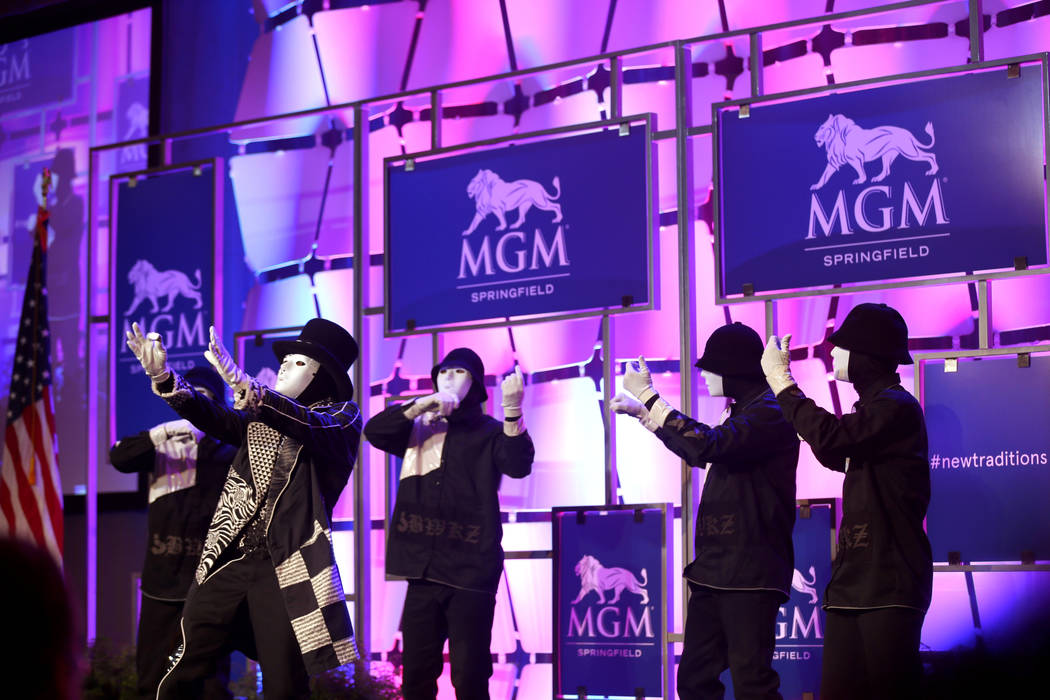 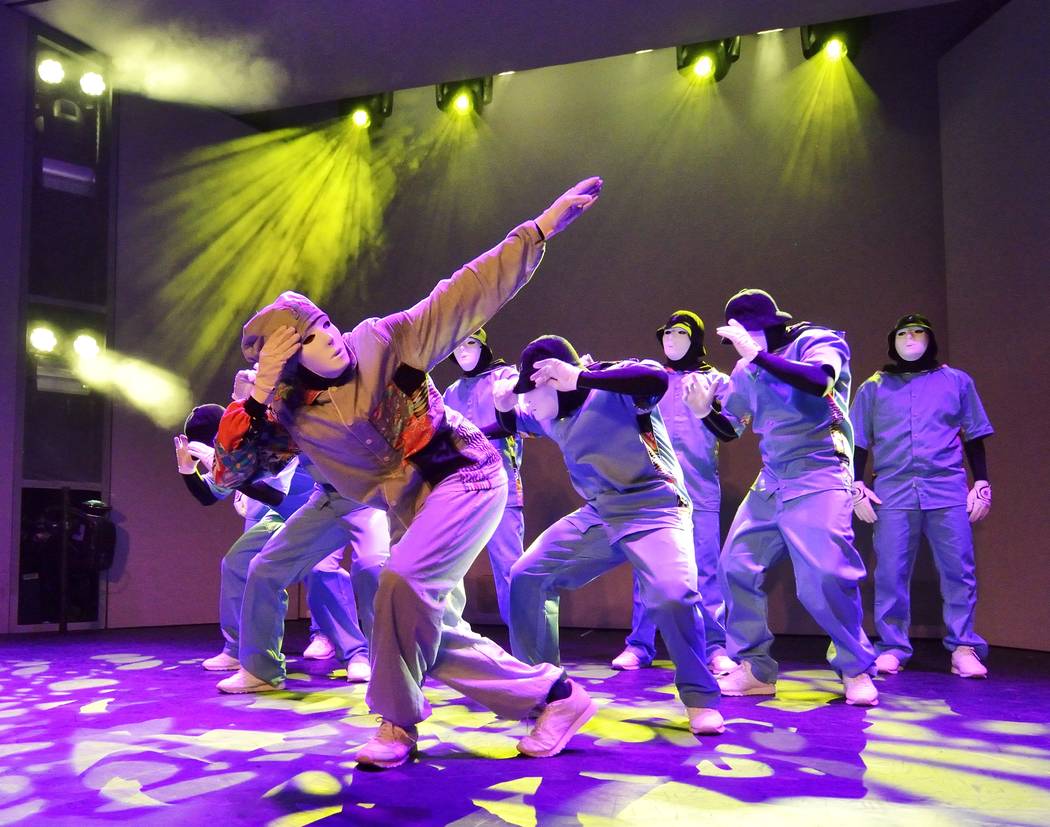 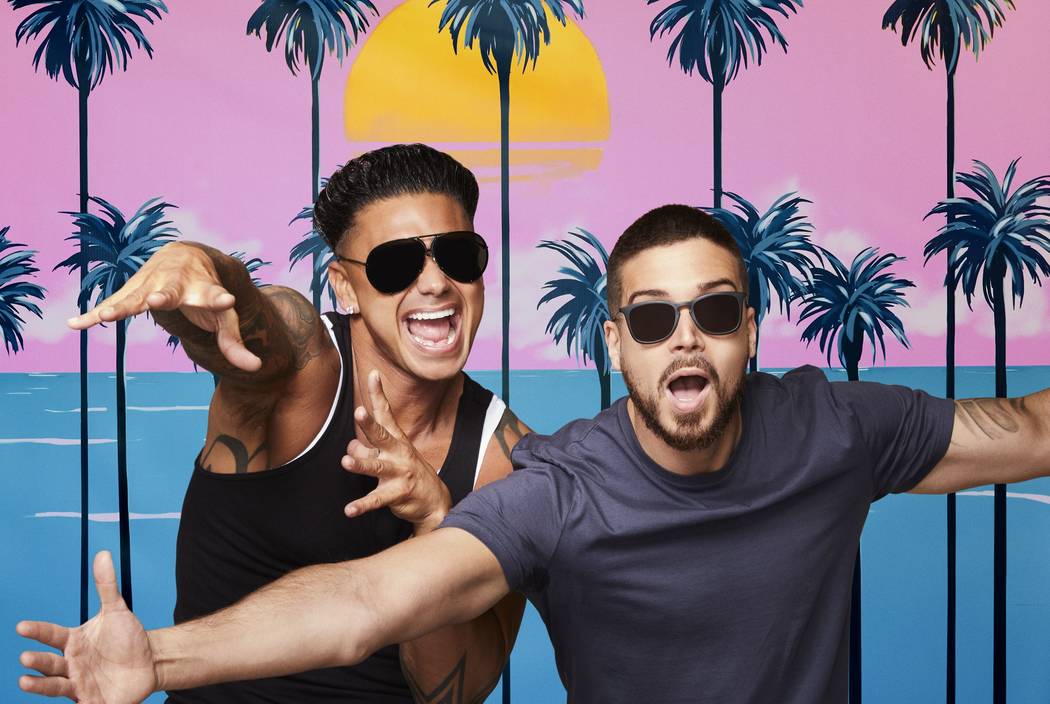 It’s back to the shed for Vinny Guadagnino. The co-star of “Jersey Shore” and “Double Shot at Love” is back in stunt-cast mode with the Chippendales at the Rio.

“People don’t realize I’ve done a lot of comedy and improv,” the man known as Vinny G. said before his first run with the show, last April. “I have spent six to eight years looking for the door into the Vegas show scene. I’m not a DJ or singer, but this is a weird lane and I just said, ‘Let’s do it.’”

Guadagnino spent six seasons on the original “Jersey Shore,” and is in the current reboot, “Jersey Shore Family Vacation,” where last season he gave J-Wow a lap dance during a Chipps performance to tease his return to the show.

It seems like yesterday, or maybe last month, that the Jabbawockeez arrived at then-Hollywood Theatre at MGM Grand to capitalize on their “America’s Got Talent” run and championship of “Randy Jackson’s America’s Best Dance Crew.”

The masked dance troupe is celebrating 10 years in residency on the Strip (including a run at the then-Monte Carlo) with “Timeless.” The show opens for previews on March 6, in the old Crazy Horse Paris theater and the more recent Beacher’s Madhouse venue. “Timeless” follows MUS.I.C at MGM Grand and Monte Carlo, Prism at Luxor and and Jreamz at MGM Grand.

“Friends The Musical Parody” has set its re-opening for 7 p.m. March 9 at Anthony Cools Experience. Tickets are on sale at 10 a.m. Friday at Ticketmaster. The show is the first of a series of productions that closed at the old Showroom at the D Las Vegas in January. That venue is being revamped as the sports-centric BarCanada, to be open March 16, in time for the NCAA Tournament.

Mosaic On The Strip is holding its grand opening Feb. 27. This is the former Tommy Wind Theater (and before that, Boulevard Theater) on the Strip across from Park MGM and behind the strip mall north of MGM Grand.

The resident show is “Aussie Heat,” late of V Theater at Miracle Mile Shops at Planet Hollywood. “Aussie Heat” is but one example of a proven Las Vegas entertainment trend: Male revues work in this city.

Sicilian Tenors are the latest vocal ensemble to headline Italian American Club Showroom, hitting the scene at 8 p.m. Friday. They were a favorite of Joan Rivers (an indication not only of their talent, but longevity) and have headlined in the U.K. and Eastern Europe. The cost is $25, a mere pittance. Call 702-457-3866 to buy in.