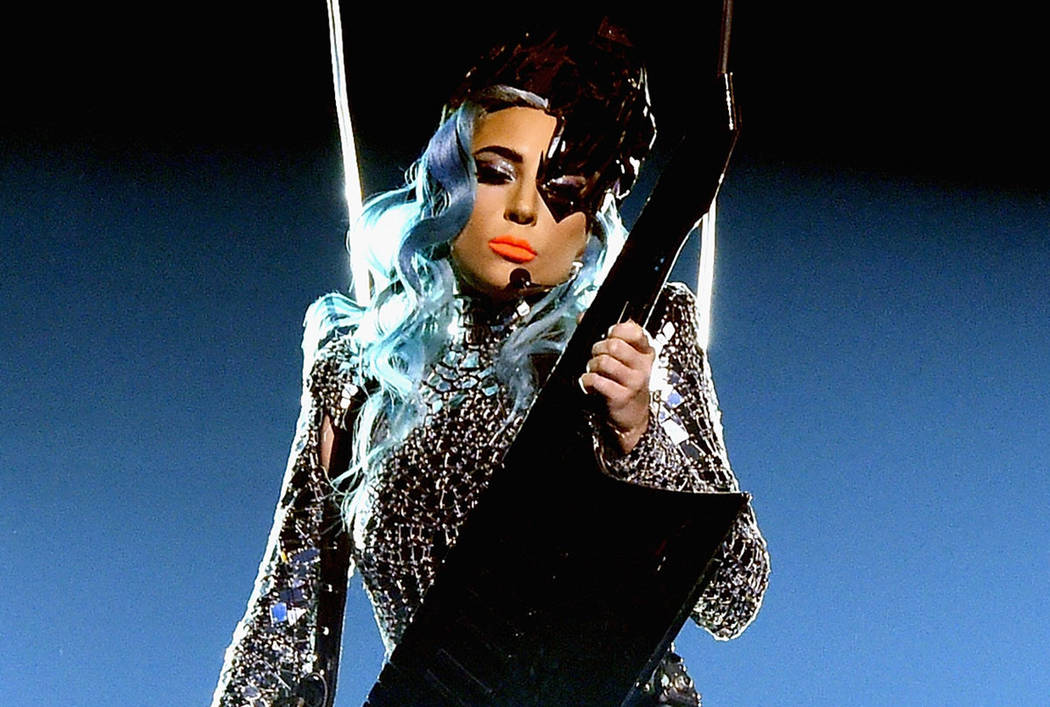 Lady Gaga and a fan tumbled from the stage at Park Theater on Thursday night as the superstar resumed her “Enigma” residency.

The yet-identified man picked Gaga up as she wrapped her legs around his waist, his feet slipped and the two fell about three feet to the floor. A loud snap could be heard in a fans’ video of the moments, and what seems to be a broken chair was visible.

GAGA FALLING OFF STAGE WITH A FAN MOMENTS AGO… #ENIGMA pic.twitter.com/jD65GdpaQe

Gaga then invited the fan back to the stage and seated him next to her at the piano. Twitter posts indicate she said for the crowd not to blame him for the incident, saying, “It takes two to tango.”

Gaga urged the fan who accidentally dropped her off stage not to blame himself as he was crying after the incident, she then proceeded to perform the next song with him asking for people on the internet to be kind and not bully him: "It takes two to tango". pic.twitter.com/lExFsr6Ccq

The 33-year-old superstar did not appear seriously hurt. She has long battled the chronic-pain condition fibromyalgia, which was chronicled in her documentary, “Gaga: Five Foot Two.”

MGM Resorts later confirmed there were no injuries or impact on the show from the fall.