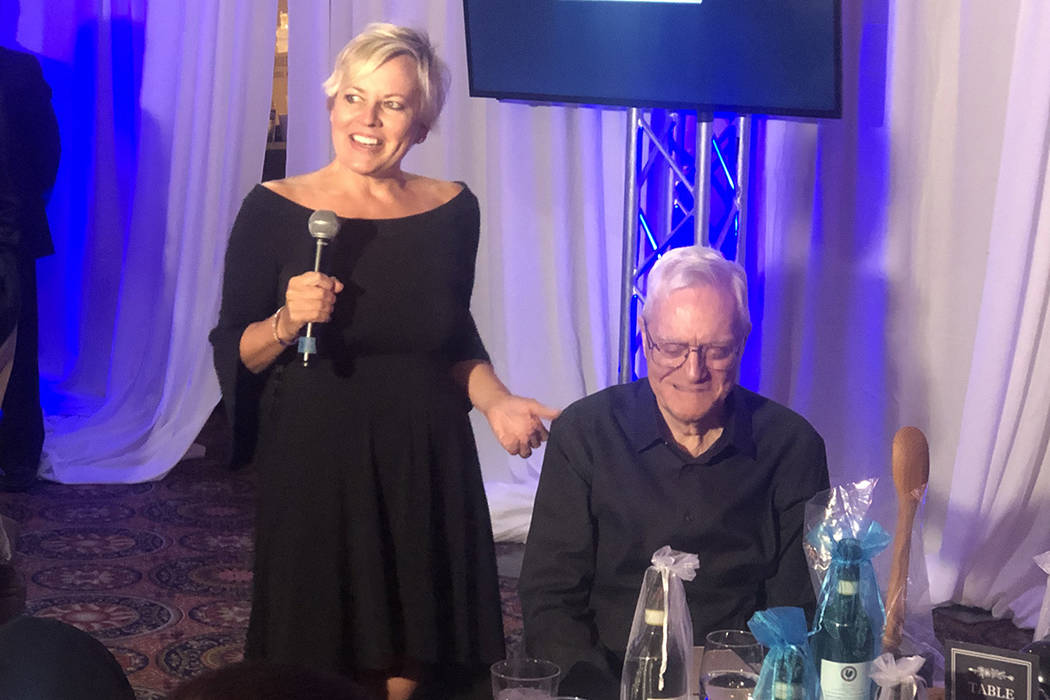 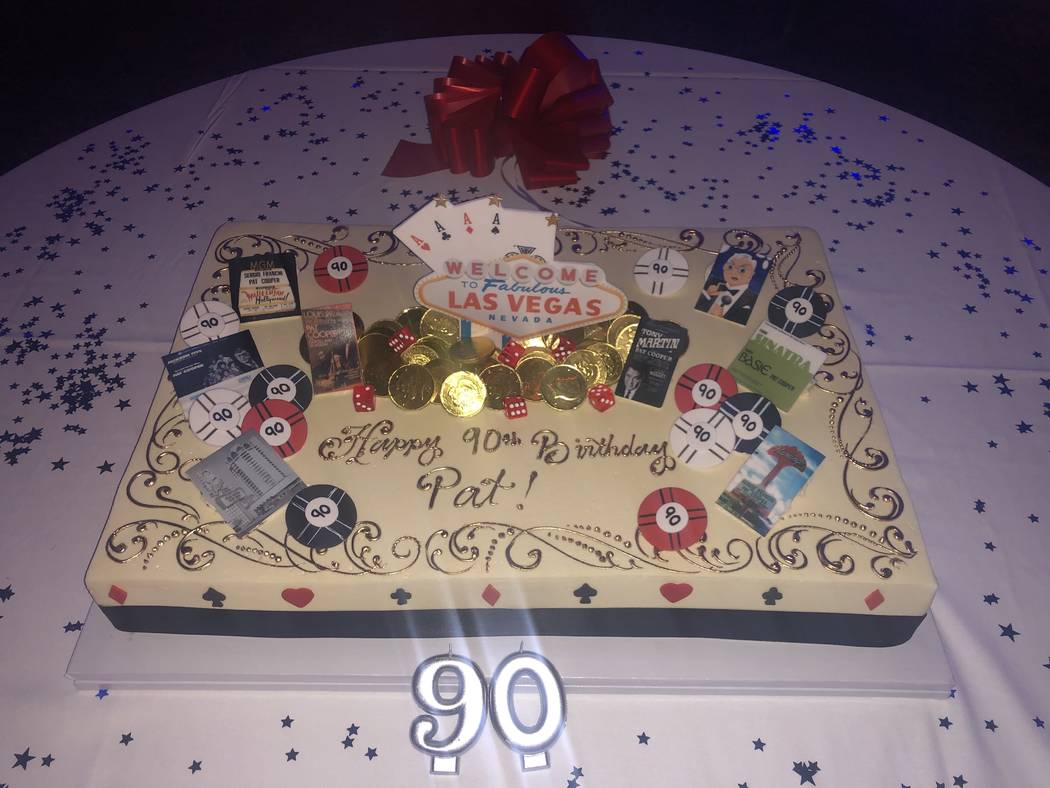 On Sunday night I learned the secret of living a fruitful life to age 90.

“Remember to pick up the tab once in a while,” Pat Cooper, who turns 90 on July 31, said during a party at the Italian American Club. “Do that because someone has picked up the tab for you.”

Funny as ever and surrounded by family and friends, Cooper was feted by his wife, Emily, at the IAC’s decked-out showroom. As we say, it was a party for the ages.

Cooper enjoyed his peak of fame in another time, in the 1960s, ’70s and ’80s, sharing marquees with such Vegas superstars as Frank Sinatra, Perry Como, Ella Fitzgerald and Nat King Cole. He played the main rooms at such Strip hotel-casinos as the Sands, Riviera, Caesars Palace, Flamingo and Sahara and has recorded several best-selling comedy albums.

Cooper has counted among contemporaries and friends Don Rickles and Jerry Lewis. He is a big comedy fan and visited with Sebastian Maniscalco on his most recent headlining shows at Wynn Las Vegas. Cooper today still hangs with Shecky Greene and Frankie Avalon. He’s a strong actor, having appeared in the sitcom “Seinfeld,” and the “Analyze This,” Analyze That” film series opposite Robert DeNiro. He appeared in Penn Jillette’s joke-telling doc “The Aristocrats,” and a decade ago sat as a guest with Howard Stern.

The night played out like a big parlor party. Little did a few impressions. Stage vet Tom Stevens summoned his long-running Dean Martin bit. Vinny Adinolfi of Bronx Wanderers joined Sardelli for “My Way,” and comic/songwriter/musician Dennis Blair hopped onstage for “Bluesette.” Bono turned in “Just in Time” and, with Sardelli, “Quando Quando.” Lorraine Hunt-Bono, 50 years after she opened the lounge at the Landmark, performed, “The More I See You.” And timeless lounge performer Carmine Mandia confidently navigated the night.

Cooper is still sharp and still naturally funny. He has the unteachable gift of timing and a tenacious delivery that hits you from out of nowhere. During the birthday toast, Emily recalled how just a few days ago she had gotten something in her eye as she was swimming in the couple’s pool.

Cooper was ready. He washed her eyes out, then chastised, “Don’t ever open your eyes in the pool! What’s down there is none of your business!”

Given his turn at the mic, the comedian told the crowd how much he loved Emily, whom he refers to as “Lady,” and said, “I love you dearly, you’re a good person, but tonight you did something — you stole my material!”