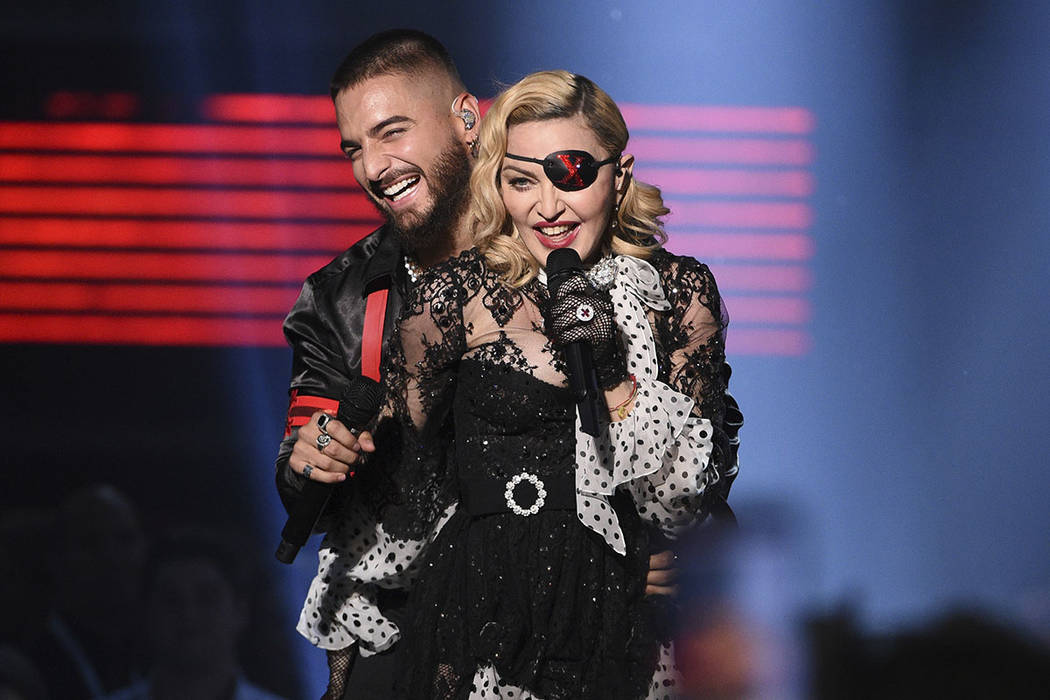 Madonna has gone from showing up late to not at all.

Sidelined by myriad physical maladies, the contemporary music icon canceled her upcoming shows in Boston this weekend on her “Madame X” tour. She cited extensive physical pain as the reasons, posting on her Instagram page:

“Please forgive this unexpected turn of events. Doing my show every night brings me so much joy and to cancel is a kind of punishment for me but the pain I’m in right now is overwhelming and I must rest and follow doctor’s orders so I can come back stronger and better and continue the Madame X journey with all of you.”

In her Madame X persona, Madonna drew the ire of hundreds of fans at the Colosseum during her three-show series at Caesars Palace this month. She showed up at about 12:15 a.m. for her show on Nov. 6, which had been moved back to a 10:30 p.m. start. After the crowd chanted “Re-fund!” as time melted away, the superstar famously answered, “There’s something that you all need to understand. And that is, that a queen is never late.”

Madonna has posted videos on her social media pages of taking ice baths after performances and is known to be suffering from knee problems. The Saturday, Sunday and Monday performances at the Boston Center Wang Theater are wiped out and will not be made up for because of tight scheduling through the rest of the year, according to tour promoter Live Nation. Fans who bought tickets will be reimbursed.

The tour supports the “Madame X” album, released on June 14, with the singles “Medellin,” “Crave” and “I Rise.” The album debuted No. 1 o the Billboard Hot 200 charts, giving the onetime “Material Girl” nine top-charting albums dating to her recording debut in 1983.

On the topic of superstar recording artists, Celine Dion (a distant cousin of Madonna, as it happens), has grossed $33.2 million in 19 shows thus far on her “Courage” North American tour. That averages out to 12,414 tickets sold per show, grossing $1.747 million per performance (she grossed $7 million in just four shows at the Bell Centre in Montreal).

By comparison, Dion reached $693,000 per night at the approximately 4,000-capacity Colossuem from 2011-2019. As Billboard magazine noted, those are great numbers for a Strip theater, but nowhere near what Dion can achieve on the road.

Upcoming Zappos Theater resident headliner Shania Twain told “The Talk” panel Wednesday that she is eager to record a date with Post Malone, himself set to perform in Las Vegas at MGM Grand Garden Arena on March 22.

Twain also wants to work with Lizzo, and Janelle Monae after meeting both at the American Music Awards show at Microsoft Theater on Sunday night.

Of Post Malone, the country superstar said, “I’ve written a song for us already. He doesn’t know it yet. He knows now. So Post, I have a song for us.”

Of Lizzo and Monae, Twain said, “I went home and I actually wrote a song for the three of us. It’s called ‘Sisters’ and I think we are all sisters in what we do, and it was a really great new friendship that we started. And so I went home and wrote that song. They don’t know about it yet.”

What we do know: Twain opens her “Let’s Go” residency on Dec. 6.

For a night, anyway. Master Magician Lance Burton was a late call to sub for Mac King at Harrah’s for King’s 1 p.m. and 4 p.m. shows at Harrah’s on Oct. 16. About 10:30 a.m. that day, King tripped and fell backward and injured his back. He called his buddy Burton, and also recruited Michael Goudeau (Burton’s longtime co-star at Monte Carlo), Fielding West and Jacob Jax to fill the two shows.

“I never miss shows, and I didn’t want to cancel on people who had already bought tickets,” King said Wednesday. “So, they got four magicians for the price of one.” Mac missed those two shows, but is back in his regular schedule, and celebrates is 20th anniversary at Harrah’s in January.

Santa lands at the Magical Forest on 6300 West Oakey Blvd. via helicopter at 5:20 p.m., and a light and fireworks show is part of the program.

The Magical Forest is open daily at 5:30 p.m. through Jan. 4 (except Christmas Day), GA tickets are $15, passports $22. For information, go to www.opportunityvillage.org. Rides, attractions, “Elf The Musical” and more than a million lights highlight this year’s forest.

OYO gets lit, too

“Merry Motown Extreme,” which for all the world sounds like quite a groove-fest, opens Thanksgiving and runs through Dec. 22 at OYO Hotel & Casino. Expect a lot of Jackson 5 holiday tunes.

Column fave and soaring jazz singer Toscha Comeaux is at Dispensary Lounge at 10 p.m. Friday. Comeaux is backed by the Uli Geissendoerfer Trio — Geissendoerfer on keys, Dave Ostrem on bass, and Andrea D’Angelo on drums — in this no-cover showcase. Just head to the enclave at the strip mall on 2451 E. Tropicana Ave., where the water wheel meets the stage, and you are there. PodKats