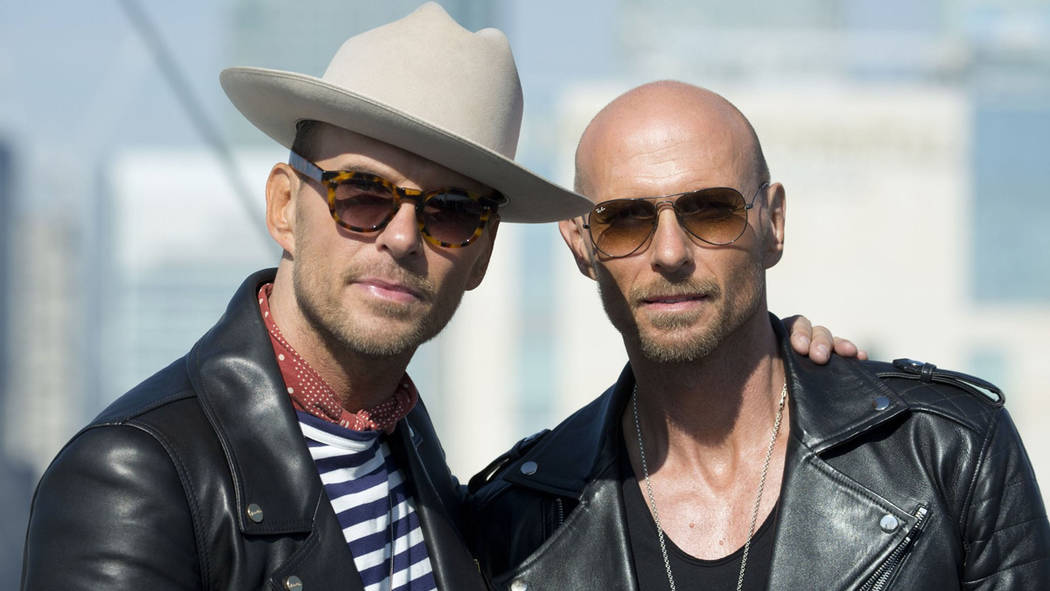 Matt and Luke Goss are shown at the O2 Arena in July 2017. (MattGossla.com) 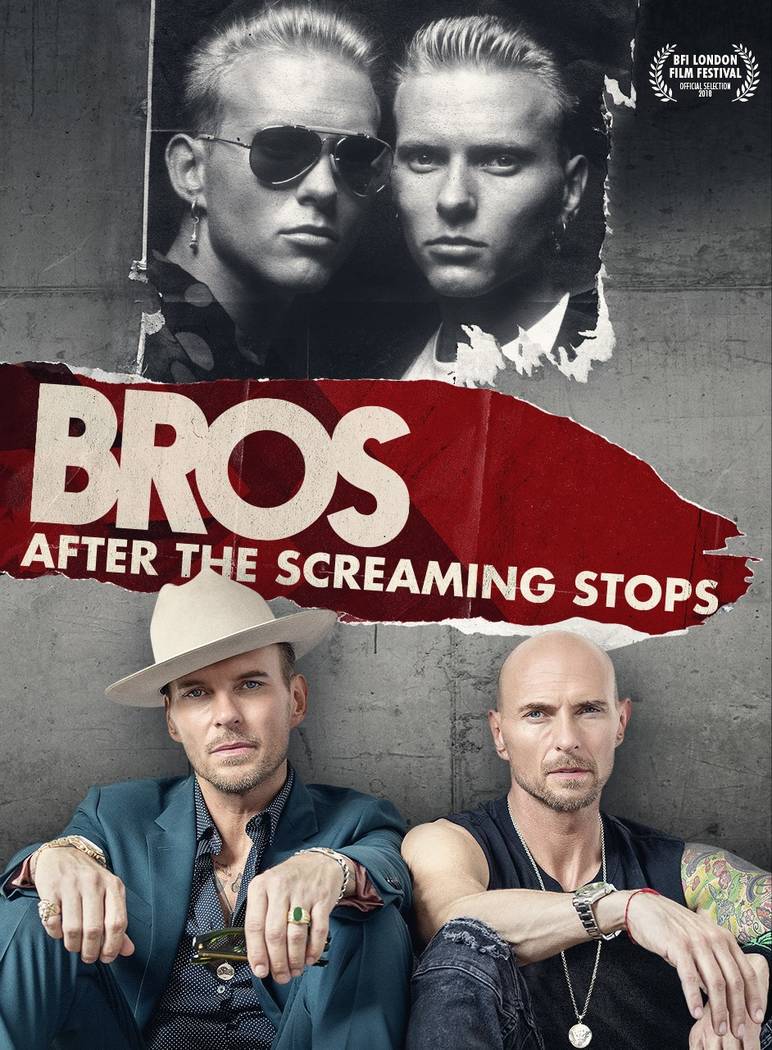 "Bros: After the Screaming Stops" is the upcoming documentary focusing on the lives and careers of Matt, left, and Luke Goss. (Fulwell 73 Productions) 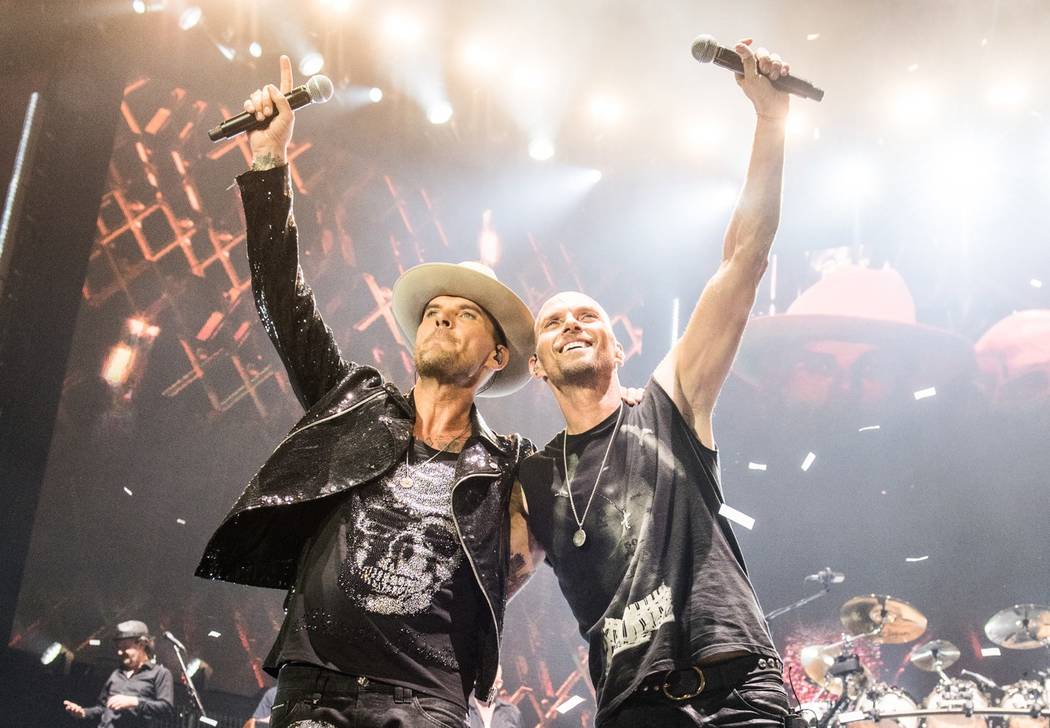 "Bros: After the Screaming Stops" is the upcoming documentary focusing on the lives and careers of Matt, left, and Luke Goss. (Fulwell 73 Productions)

The film is titled, “After The Screaming Stops,” but if you are Matt and Luke Goss in Great Britain, it never stops.

The twin brothers, who are linked to Vegas through Matt Goss’ headlining residency at 1Oak Nightclub at the Mirage, are hosting the premiere of their documentary tonight at the 62nd BFI London Film Festival.

“Screaming” charts the brothers’ reunion under their boy-band persona Bros, who were a fast-and-furious hit in the U.K. in the late-1980s. The film captures Matt and Luke in the months leading to a a pair of triumphant reunion shows at London’s O2 Arena in August 2017.

The DVD and digital version is available through Amazon.co.uk; no U.S. theatrical release dates have yet been announced. David Soutar (of “Harry Styles Behind The Music,” and, “I Am Bolt”) and Joe Pearlman (“Mo Farah: No Easy Mile”) directed the new doc.

Matt, of course, is a Vegas resident headliner. He has spent nearly a decade at three Vegas resorts beginning with the Palms in 2009, through 6 ½ years at Caesars Palace and his most recent run at the Mirage.

The film’s marketing campaign presents the brothers as connecting after nearly three decades of not speaking. Not quite true — Luke dropped in on Goss’s shows at Cleopatra’s Barge (renamed the Gossy Room) many times and has visited the Mirage this year, too. Matt has introduced his actor brother from the audience and hung backstage and hugged it out, every time.

From a Vegas perspective, Bros seems a fascinating investigation not just of a familiar entertainer, but the entire boy-band culture. The thirst for nostalgia of that era led to the Backstreet Boys’ successful run at Zappos Theater. New Kids On The Block is headlining a retro tour beginning in May, which also features Paris Theater headliners Salt-N-Pepa of “I Love The 90s — The Vegas Show” and Vegas resident (and Matt Goss friend) Debbie Gibson.

Matt still performs many of the hits from his Bros era, “When Will I Be Famous” and “I Owe You Nothing” at the Mirage, though the band effectively fractured over business disputes 25 years ago. The third member, bassist Craig Logan, passed on the reunion effort.

The film reportedly reveals the very real struggles of both brothers to move around their home country with any freedom — one of Matt’s band members once told me of trying to simply walk to the tour bus with Goss and being overtaken by fans staking out the backstage area.

The boys fight a bit, too, as a clip from the trailer shows the brothers snapping at each other before a TV appearance before Matt skulks away with a bleep-interrupted, “You’re going to speak now, are you?”

“We thought, if we’re going to do this, after three decades, let’s just do what we do and show all the acrimony,” Luke Goss told the BBC last week. “We have the tragedies and triumphs, and that’s why this film might be worth looking at. Otherwise it’s just some glossy thing that isn’t worth it.”

Matt added he was shaken at his first screening of the film, saying, “At times, it’s actually tough for me to watch, but it shows it all.”