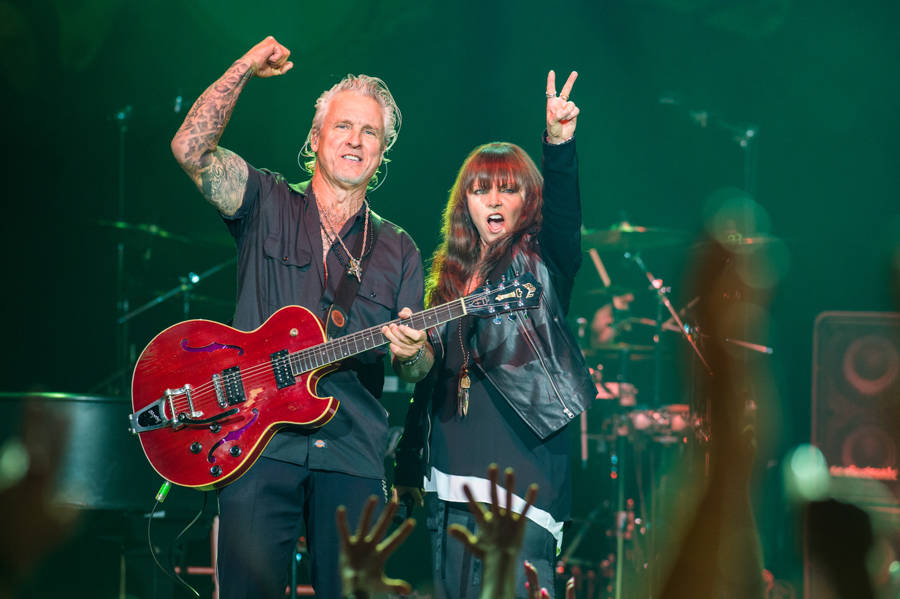 Pat Benatar and Neil Giraldo will perform at Encore Theater Friday and Saturday. 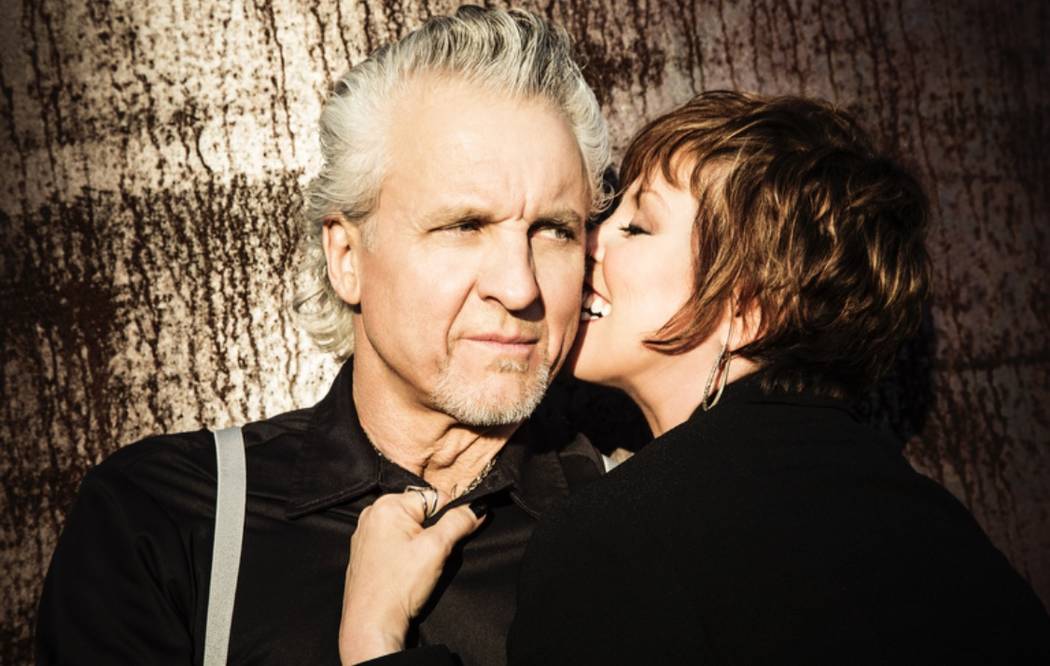 Pat Benatar and Neil Giraldo debut at Encore Theater on Friday night as they celebrate their 40 years of collaboration. (Pat Benatar/Neil Giraldo) 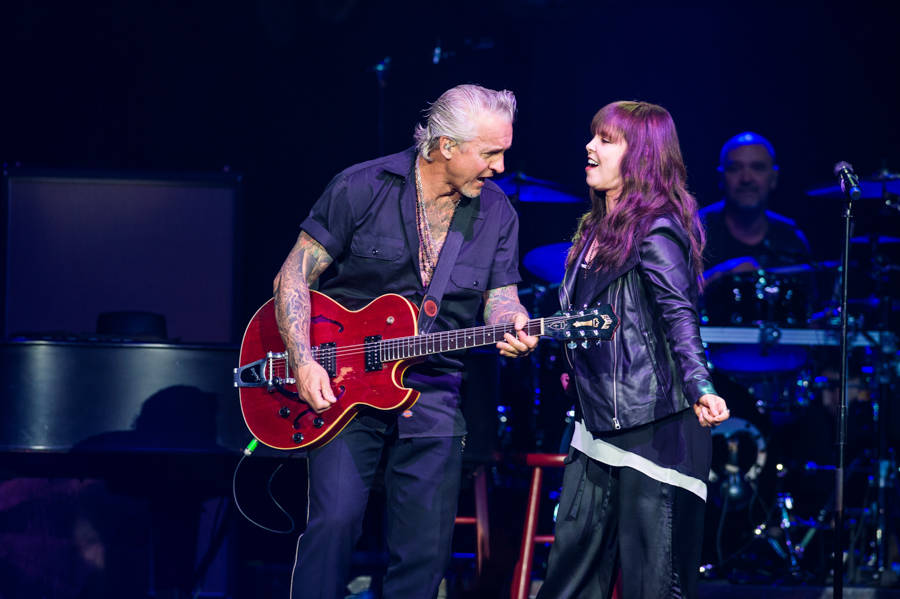 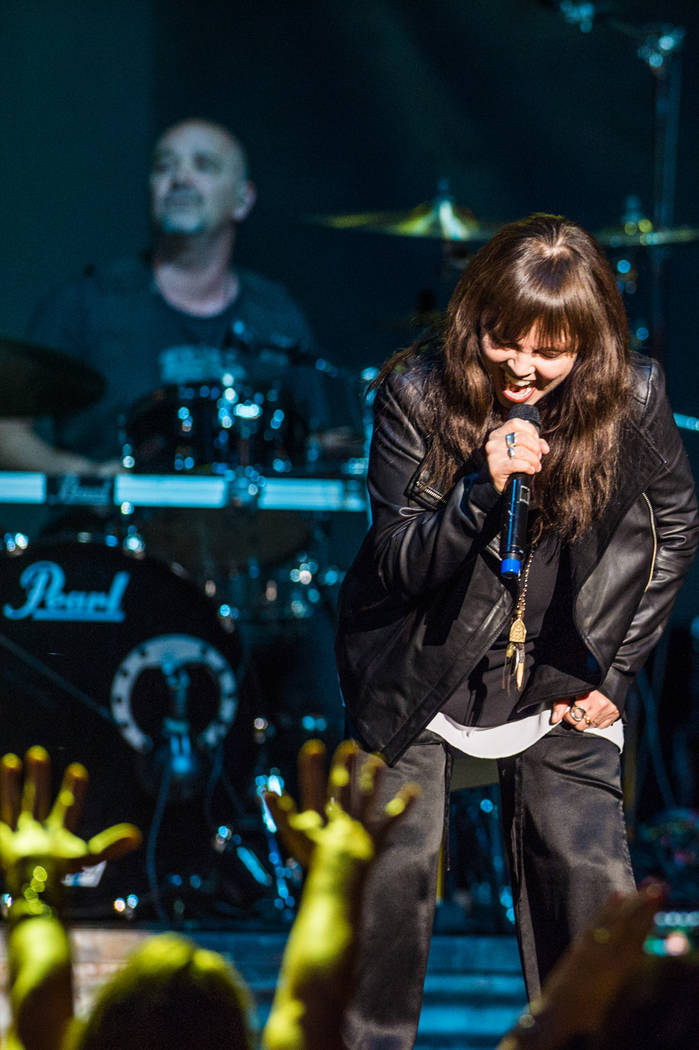 By the time Pat Benatar headlined a Las Vegas venue for the first time, in the mid-1990s, it was cool for rockers to play the city. But she remembers being lost in the fairly foreign land of a casino.

“In the beginning, Las Vegas was not for people like us, it was taboo, you weren’t even supposed to play there,” says Benatar, in town at 8 p.m. Friday and Saturday at Encore Theater to celebrate her 40th anniversary of collaborating with her guitar-virtuoso husband, Neil Giraldo. “It was really forbidden for rock ‘n’ rollers, but the door opened and I remember the night before the show, Neil says, ‘Do we want to go downstairs to the casino?’ ”

“I said, ‘Yeah, sure! I’ve never been inside a casino!’ ” Benatar says, laughing at the night in July 1997 when she and Giraldo were at MGM Grand and touring with Styx. “I was watching this card game, and one of the ladies serving drinks, a young woman, came over and I was struck by, oh my God, this woman has no clothes on! Almost! And then we ordered, and when she came back Neil gave her a chip. I said, ‘Honey! That’s not enough money to pay for those drinks!’ And he said, ‘No, that’s just the tip. The drinks are free!’ ”

Benatar laughs again and says, “I felt like I had just come from Arkansas, or fallen off a potato truck or a corn truck. I was like, ‘What! No wonder everyone comes here!’”

Benatar, age 66 and with a new grand-baby, still enjoys a healthy dose of nostalgia. She and Giraldo will be performing from the list of songs she’s referred to as “The Holy 14,” largely from her late-1970s and 1980s hit-making era. “Heartbreaker,” “Love Is A Battlefield,” “We Live for Love” and “Invincible” are in that core lineup.

“These are songs that maybe were vintage that do hold up, and when we play them because they still make sense to us,” Benatar says. “We don’t play anything that doesn’t make sense. We won’t play them if they are comprising us in any way, or it feels uncomfortable, or sometimes some of them are a little too juvenile.”

Benatar still can feel comfortable with songs that topped the charts during her MTV heyday. “Heartbreaker,” with its time-spanning lyric, “You’re the right kind of dreamer, to release my inner fantasy,” is one of those classics.

“I’m 66 years old, my perspective is different, but there are a lot of songs that still work,” she says. “I mean, ‘Heartbreaker,’ you know, I’ve been in a marriage for 37 years. I’m in love with my partner, my husband, we have a life and you know, all of that works out great, and I’m still able to sing ‘Heartbreaker’ because that still makes sense.”

Benatar remains a “political junkie” with a sharp opinion. “I’ve been a feminist since I could walk.” She describes Giraldo as “a sports nut, where I am not, and he just drowns in it … all I keep hearing is, ‘Football is starting! It’s starting in August!’”

The relationship has worked, over 40 years, for its yin-yang qualities.