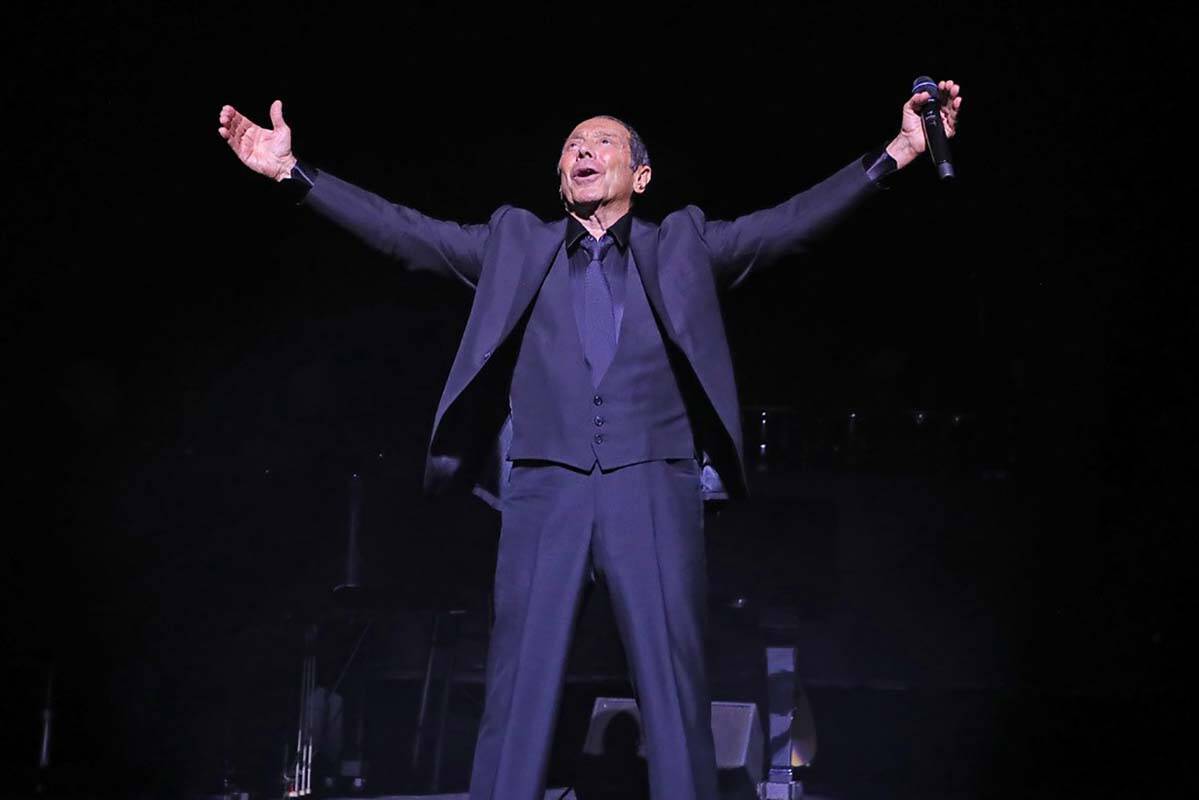 Among the many hits Paul Anka has penned were the lyrics to Frank Sinatra's "My Way." (Kirvin Doak) 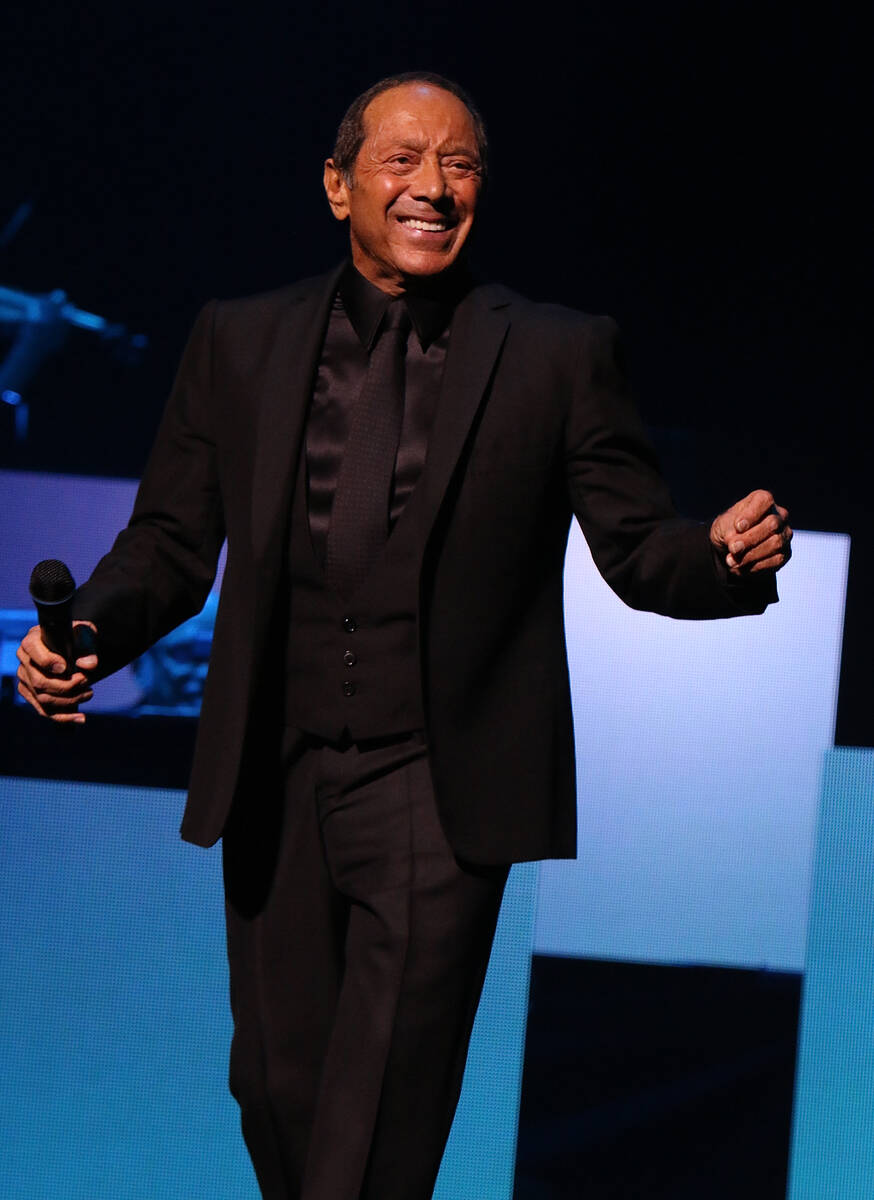 Paul Anka is playing Reynolds Hall at the Smith Center for the Performing Arts, a decade after the venue opened. (Caprio Media Design) 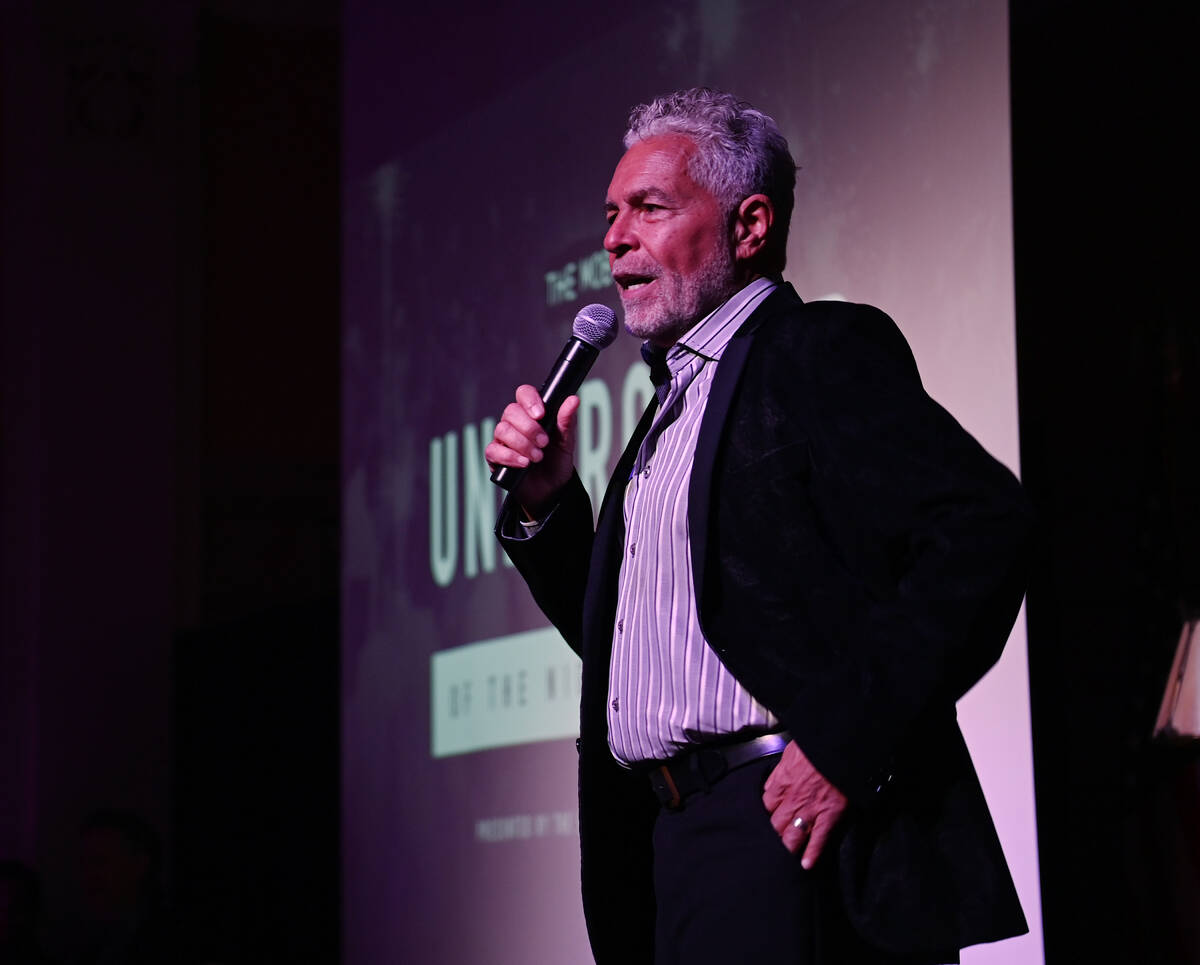 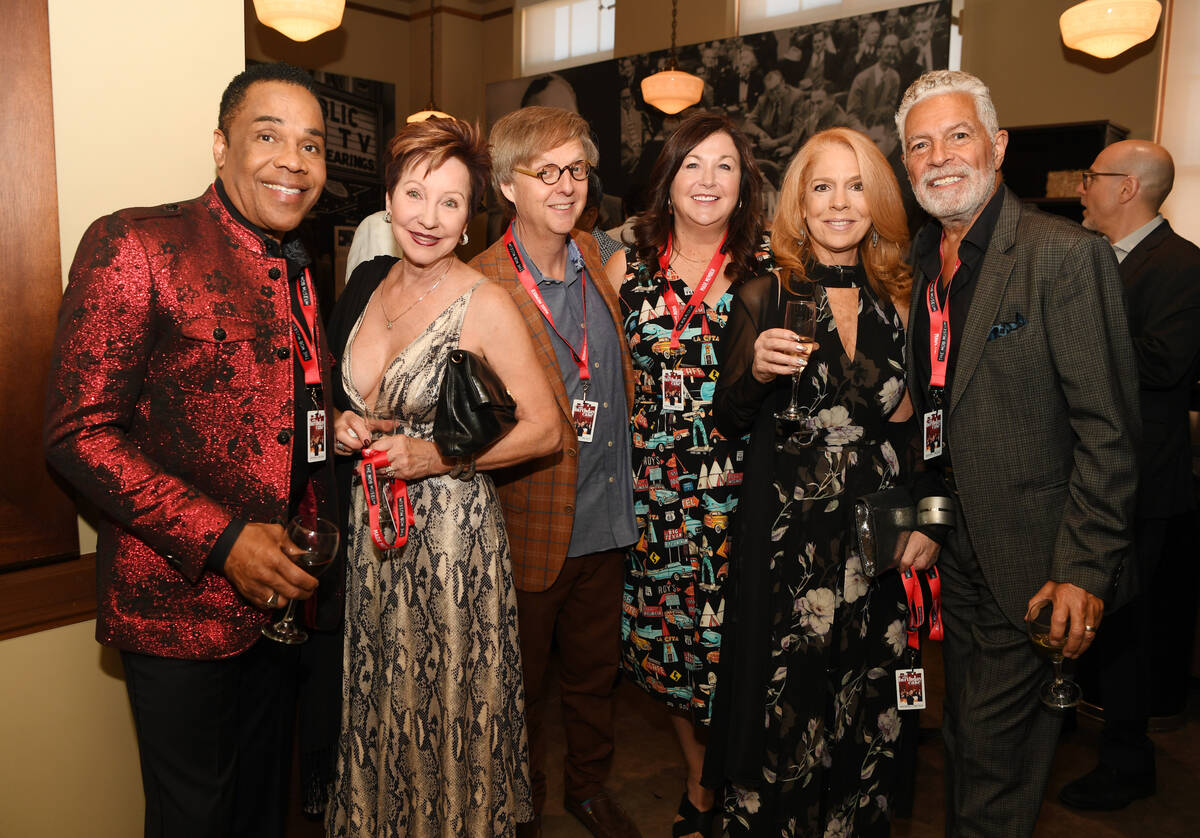 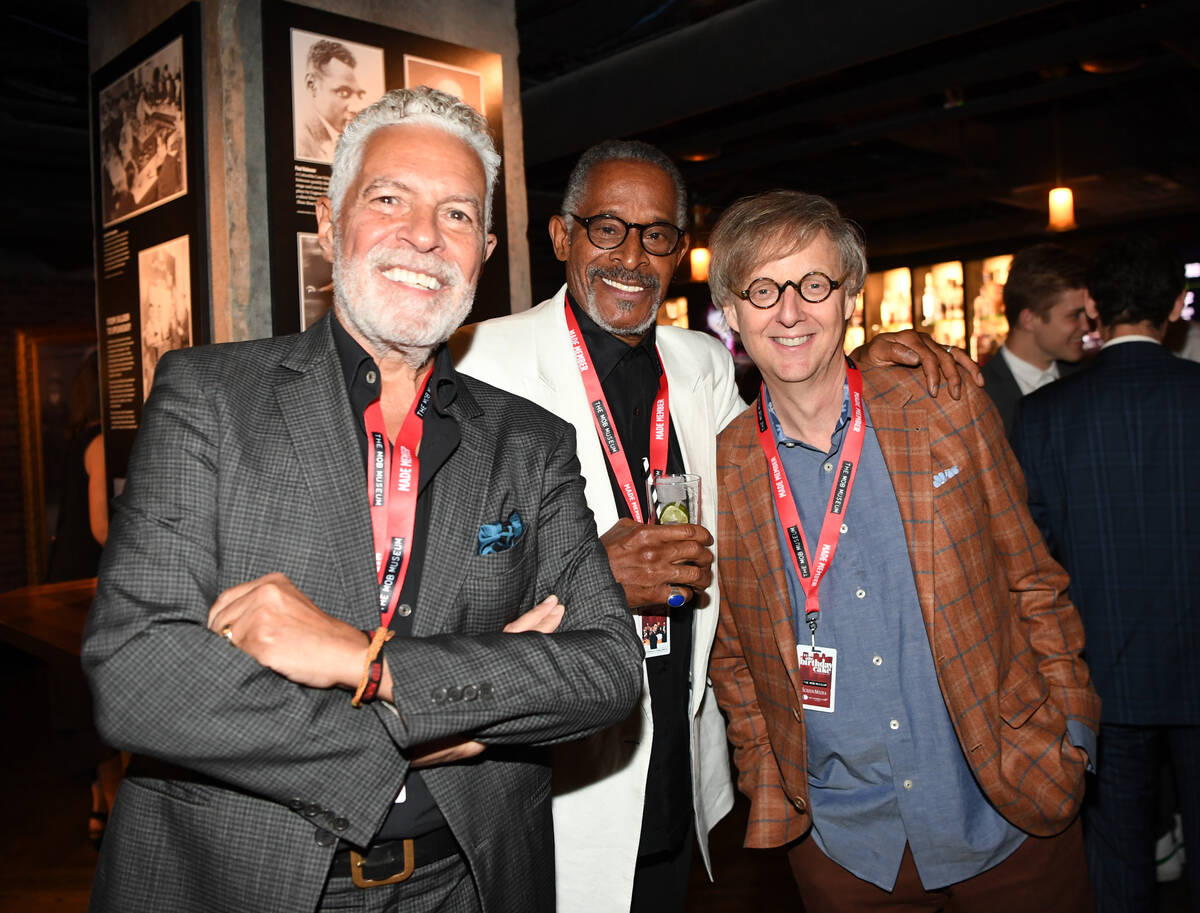 Paul Anka has something to say about the new wave of Vegas headliners who want to rekindle the days of Frank Sinatra and the Rat Pack.

“Meh” is his message.

“All these people coming in, I don’t think have any idea about Sinatra,” Anka says Tuesday afternoon during a phone chat, on his way to a show at Sycuan Casino Resort in El Cajon, Calif. “They use it because it’s easy, it’s the first thing that comes to the brain. But a lot of these people were pooh-poohing Vegas years ago, when nobody wanted to play there. But now, they can make a lot of money in Las Vegas, and when they think of Vegas they think immediately of the Rat Pack.”

As Anka says, “I lived it, so I am very wary of someone who comes into that town and start talking about Sinatra. I don’t even know if they could name any of his songs at this point.”

But Anka does. To refresh, he wrote what might be Sinatra’s most famous song, “My Way.” That song is being teed up as Anka pays tribute to Old Blue Eyes at 7:30 p.m. Thursday at the Smith Center with “Anka Sings Sinatra.” Fortuitously, the show falls on the Smith Center’s 10th anniversary.

The 80-year-old Anka is on a very short list of entertainers from Vegas’ golden era of entertainment still performing ticketed shows. His is the unique legend who is versed in TikTok, appears with Harvey Levin on TMZ, and can still readily recall conversations he had with Sinatra 60 years ago.

“When I mention Sinatra, it is because he put Vegas on the map as the entertainment capital of the world,” Anka says. “So it’s important for me to continue to play there, it’s where I’ve grown up and it’s just one of those great, magical places.”

Anka continues to tour resorts and per theaters in the U.S. through the summer. He has dates in Canada and even Israel on the books this year.

Anka has been busy elsewhere, with a new album due in May, a mix of covers and originals. “We’ve got very interesting song selections, Anka says. He’s reviving Bob Dylan’s “Farewell Angelina,” which inspired Joan Baez’s 1965 album of the same name.

Anka’s most recent release, “Making Memories,” features some inspired collaborations. Anka covers “My Way” with Michael Bublé and Andrea Bocelli. He sings “Put Your Head on My Shoulder” with Olivia Newton-John, a No. 1 hit on the Amazon music charts. Anka also sent Donny Osmond a video message on the 50th anniversary of “Puppy Love,” an Osmond hit written by Anka.

Osmond and Anka were both kids when they recorded the song. “If I were doing ‘Puppy Love’ today, I would rename it, ‘Love’s A Bitch,’” Anka jokes.

But he continues to perform songs that were hits for him, and for several all-time greats. Anka turns 81 in July, and is once more moving toward an extended engagement/residency in Las Vegas.

“We are talking to a main hotel to play a weekend, or a few weekends,” Anka says. “It would maybe not be the Sinatra show. But we’re in discussions to carve out a few weekends, give it a shot. It’s quite simple, you know. I’m up for it, because a Vegas is second home.”

His second home, too …

On the topic of the Smith Center’s 10th anniversary, Clint Holmes was the first resident headliner at what was originally dubbed Cabaret Jazz. Today the club is Myron’s, for Smith Center President Myron Martin. Holmes is back at 7 p.m. Wednesday for a special career retrospective of his first quarter-century in show business.

The starting point of Holmes’ 50-year run is the release of Holmes’ 1972 hit, “Playground In My Mind,” and Holmes is covering the first 25 years of his career from the release of that song (which hit No. 3 on the Billboard charts in 1973) through his arrival in Las Vegas to headline at Golden Nugget.

You might remember, or not, that when he arrived here Holmes was featured in an advertising campaign where he sang in the shower. It was a no-cover gig …

Anyway, through music and video, Holmes is revisiting his Atlantic City era, his years as announcer for “The Late Show Starring Joan Rivers Show” on Fox (his was the first voice ever heard on the network), his gig as correspondence at “Entertainment Tonight” host of “New York at Night,” and his Broadway show “Comfortable Shoes.” Bill Fayne, Holmes’ closest friend and collaborator through those years, is music director. Naomi Mauro is the guest singer.

As Holmes says of the adventurous show, “I’ve never done one like this.” He’ll do it again, too. Holmes plans a sequel this year, covering his Vegas era.

We heard about this collection of singers in yellow robes rambling around Allegiant Stadium during the 57th Academy of Country Music Awards on Monday. They were Vegas performers, ready to take us to church while backing Breland and Thomas Rhett’s performance of “Praise The Lord.”

The local vocalists were Jaime Hosmer of Santa Fe & The Fat City Horns, Jassen Allen, Noybel Gorgoy, Gret Gonzalez, Katie Kern, Victoria Norman, Grady Hassen, Jack Yates and Marvinetta Clay. We understand the challenge was to gracefully move down the stadium steps and sway to the music, while singing, and not tumbling over. As Hosmer said, “I told everyone, ‘If I miss this step, I’m taking y’all out!’”

CHA Hall of Famer David Perrico’s Pop Strings is returning Friday to where it all started in 2015, Rocks Lounge at Red Rocks Resorts. That’s where the act debuted, and now returns as the Raiders’ House Band. No cover, doors at 8 p.m., show at 9 p.m., and expect some intense viola action.