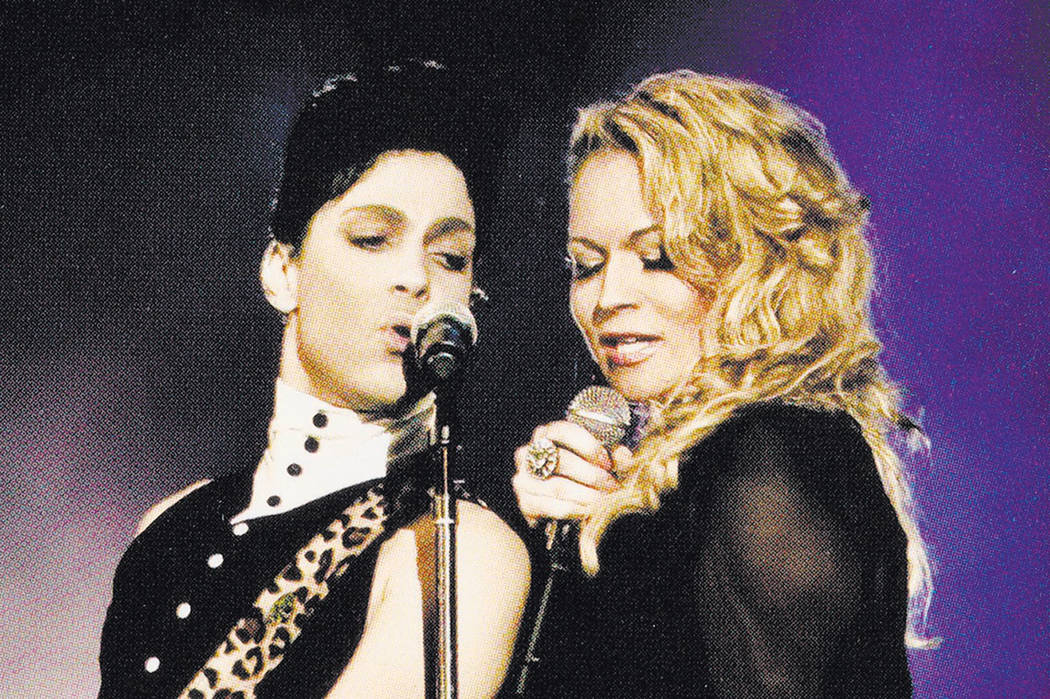 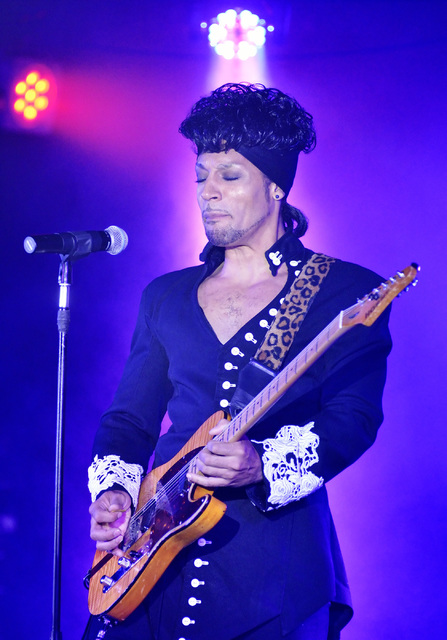 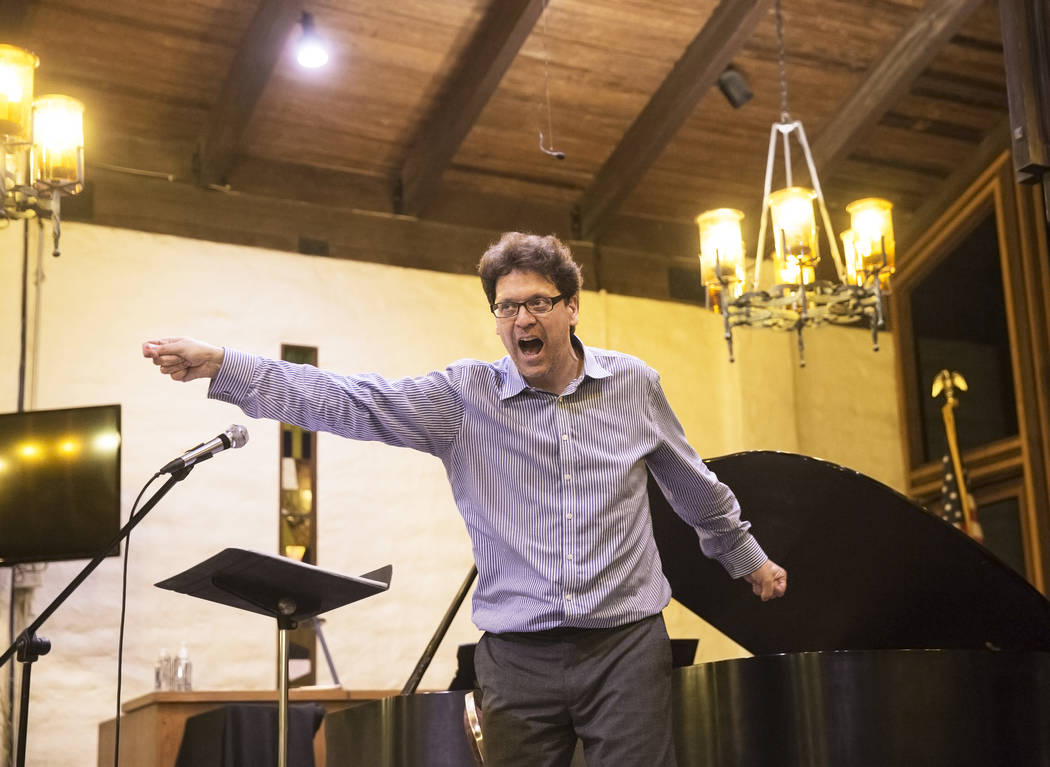 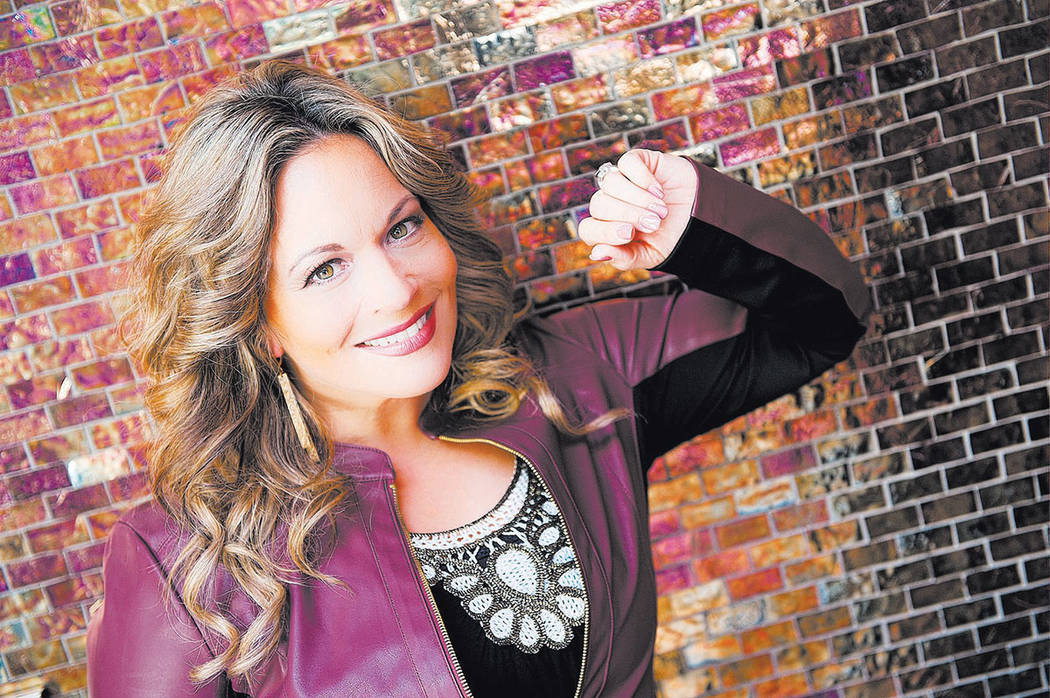 They’ve lined up eagerly, these former friends and ex-bandmates of Prince who will share anecdotes about the legendary rock star and artistic innovator during “Celebration 2017” at Prince’s Paisley Park estate in Minneapolis. The event, held to coincide with the one-year anniversary of Prince’s death last April 21, begins Thursday and ends April 23.

But a key figure in Prince’s life, Las Vegas singer Elisa Fiorillo, will not be there. Fiorillo knew Prince for 25 years and sang with New Power Generation from 2009-2014.

Fiorillo could share some compelling stories at this event, no question. But she says staying home is the right decision.

“I definitely was invited, but in the conversations I had with Prince in my life, he always said, ‘Do your own thing,’ and I am going to be doing my thing,” says Fiorillo, who now fronts a big band in Las Vegas. Her next show with Bruce Harper’s Big Band is April 24 at Cabaret Jazz.

“This thing at Paisley Park is not what Prince was about,” she says. “Ticket prices are like $500 ($550 for general admission, actually), and people who are really fans are expected to pay that to hear some stories. I’d understand if this money was going to a charity he believed in, but it’s just a lot of people hitting while the iron is hot.”

Fiorillo specifically pointed to the recently published book published by Prince’s ex-wife Mayte Garcia titled “The Most Beautiful: My Life with Prince,” and the just-released album by Shelby J. as examples of such iron striking. The “Celebration 2017” website offers “official” Prince anniversary merchandise, as well as tickets for public tours of Paisley Park.

Fiorillo says the event remonds her of Prince’s song “Old Friends 4 Sale,” which also happens to be one of her favorites.

“He’s already said it, ‘Old friends for sale, get ‘em while the gettin’ is hot, but you better watch out, they’ll kiss you until they get what you got,’ ” Fiorillo says. “How about that? He wouldn’t like this, I know it.”

Jason Tenner of Purple Reign is marking his 20th year fronting the Prince tribute act, and the show is as powerful as ever. In fact, it remains the lone production in the International Theater at Westgate Las Vegas.

As the face of one of the city’s longest-running tribute acts, Tenner first portrayed Prince at a gig at the since-closed Tom & Jerry’s on Maryland Parkway in 1997. He has also performed at the Beach on Convention Center Drive, 3121 Jazz Cuisine at the Rio (the auxiliary nightspot to Club 3121 when Prince headlined at the hotel), House of Blues, the Pub at Monte Carlo, several Station Casinos venues, Hooters, Sin City Theatreat Planet Hollywood, the D and, finally, Westgate, where Purple Reign opened in October 2014.

Friday’s announcement of the Las Vegas Philharmonic’s 2017-2018 season was held in a banquet room at Las Vegas Country Club. This venue caused some nostalgic pangs for Philharmonic Music Director Donato Cabrera, who lived in Las Vegas until he was 10, when his family moved to Reno.

“Standing here reminds me of my grandparents, who had a membership to Las Vegas Country Club,” Cabrera said after his announcement of the symphony’s 19th season concerts. “I remember coming here for lunch when I was four or five years old.” In those days, Cabrera recalled, the Symphony Park parcel where the Las Vegas Philharmonic’s performance home, the Smith Center, now stands was a dirt lot and train depot known as Union Park.

Among those who would love to land the job as announcer for the Vegas Golden Knights: Greg Sinclair, who introduces the Santa Fe & The Fat City Horns each Monday night at the Lounge at the Palms. “On lead trumpet! The jazz assasin! Gil Kaupp!” We don’t know how Sinclair’s flourishing announcement of the band members began, but it has become a spiritual experience …