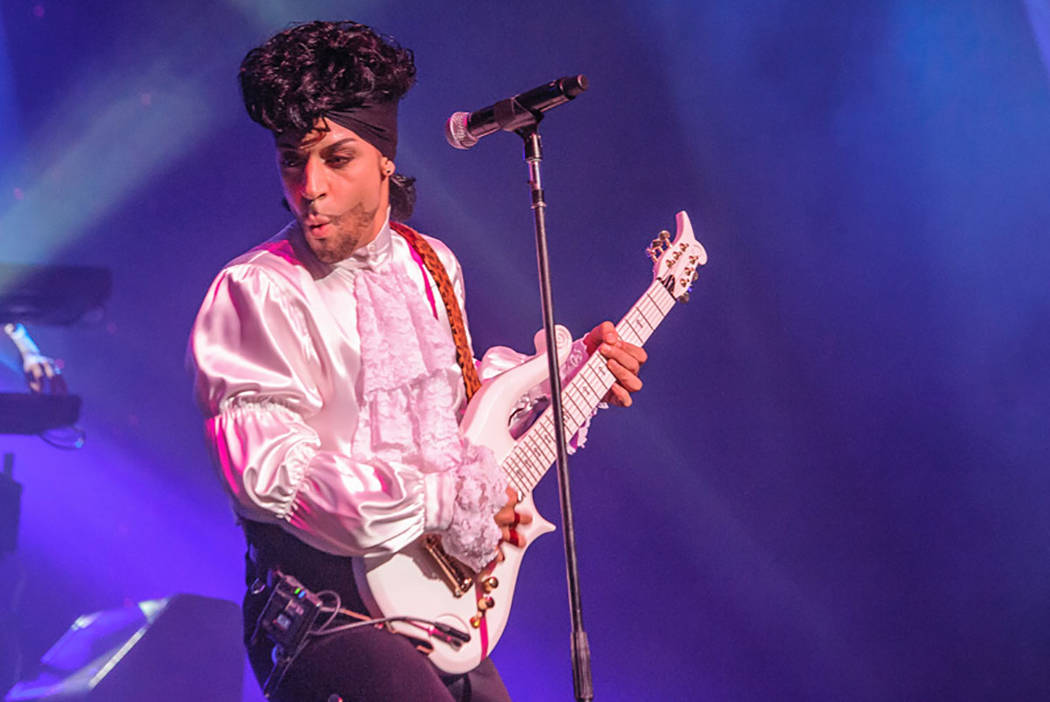 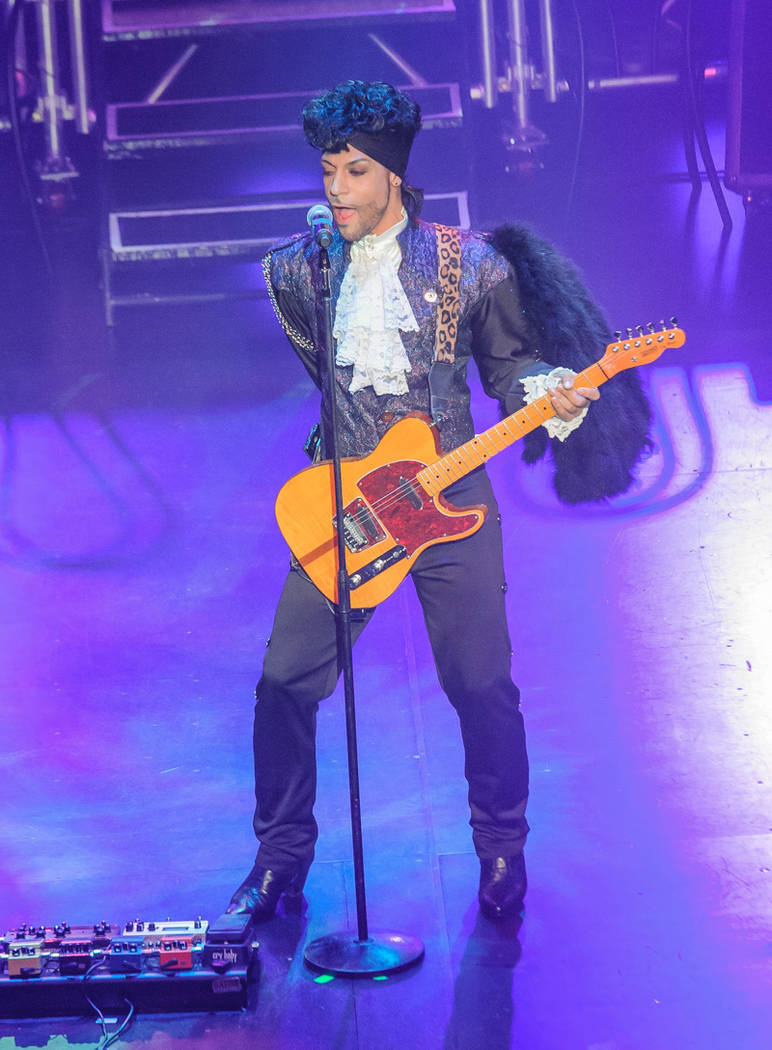 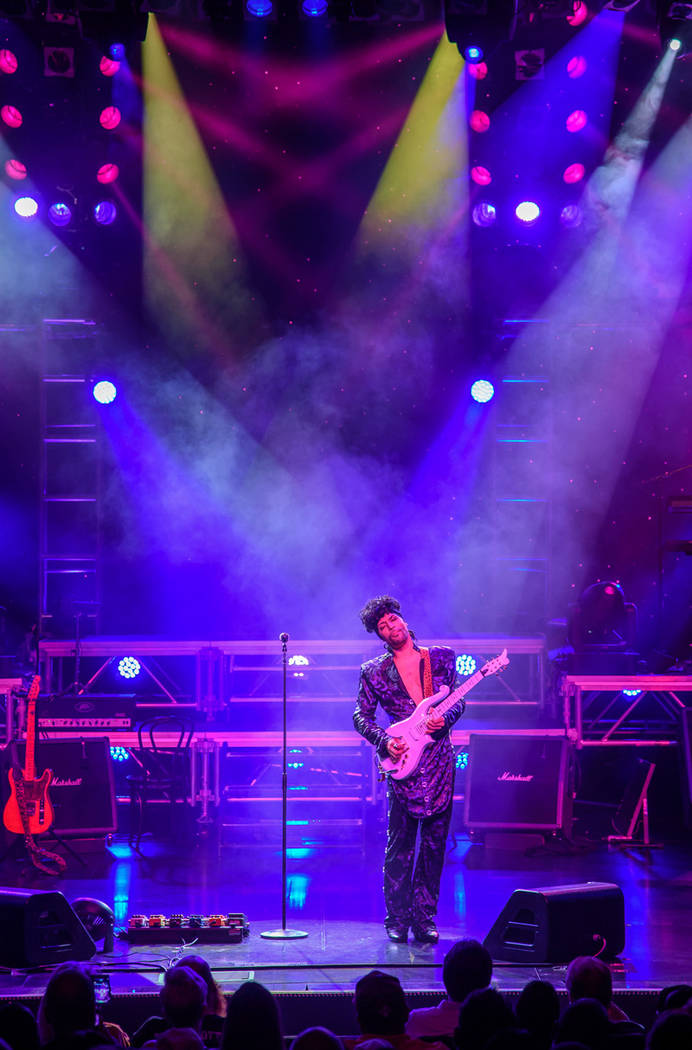 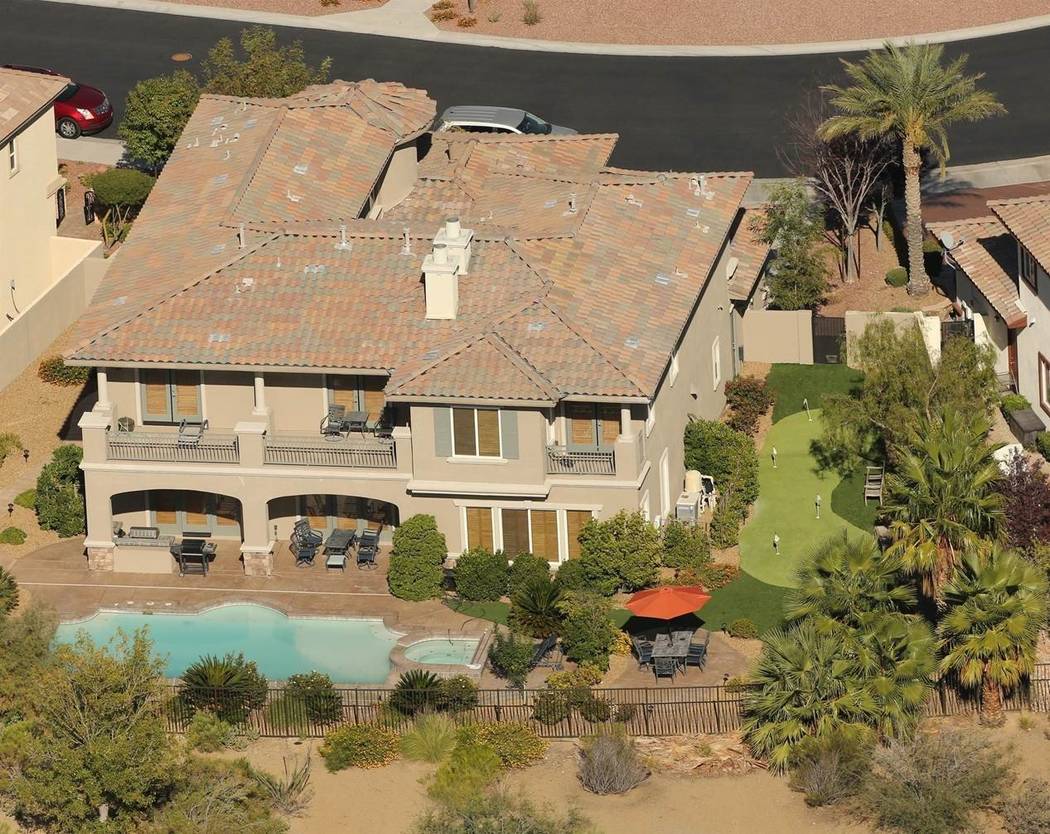 An view of the Red Rock Country Club estate where O.J. Simpson reportedly resides, as it has appeared on the celeb website TMZ. (TMZ)

The reign is ending at Westgate Las Vegas for the city’s favorite Prince tribute act.

Purple Reign, which has hopscotched VegasVille for 20 years, closes Saturday night at International Theater. Jason Tenner’s blazing tribute to the “Purple Rain” album and film opened at Westgate Cabaret in October 2014, and moved into the larger International Theater in August 2016.

But the show is not closing for good. Tenner says the act will have a new home on the Strip by month’s end.

“I’m taking one last crack at this,” he said Friday afternoon. “The Westgate was just a big, expensive room. It was hard for us to make money. Hopefully the move I’m making will push us forward.”

Tenner, who has recruited a new investment team and hopes to develop touring versions of the show, declined to specify Purple Reign’s new hotel. But I’ll put my chips on Tropicana, which happens to be new territory for the long-running act.

Tenner opened his his career as a Prince tribute act at the old Tom & Jerry’s on Maryland Parkway in June 1997. Donning the Victorian-styled costumes made famous by Prince and the Revolution, Tenner and his backing band and dancers have performed at the Beach on Convention Center Drive, 3121 Jazz Cuisine at the Rio (the nightspot to adjacent to Club 3121 when Prince headlined at the hotel), House of Blues, the Pub at Monte Carlo, assorted Station Casinos venues, Hooters, Sin City Theater at Planet Hollywood, the D Las Vegas, and, finally, Westgate.

Purple Reign’s departure creates a chasm in the Westgate entertainment lineup, but officials are busily in talks to enliven the International Theater. Buzz has intensified about a return to classic-Vegas entertainment in the big room, including a variety show fronted by popular Vegas showmen Clint Holmes and Earl Turner.

Nothing is signed yet, we must emphasize, but discussions are ongoing with Best Agency Chief Executive Officer Ken Henderson and SPI Entertainment Chief Executive officer Adam Steck to partner in a Vegas-style variety show to play three nights a week in the big room.

The hotel is also mapping a strategy of one-off performances (Travis Tritt plays the International on Dec. 8-9) and a star headliner residency at International Theater.

Also dropped into this blender of activity: Indefatigable stage performer Dirk Arthur, who always seems to land on his feet, a characteristic he shares with his exotic cats. Arthur opens a new 6 p.m. show at Westgate Cabaret, to feature only his bobcat, snow leopard and a few birds (all trained, we’re reminded) on Nov. 1.

Arthur’s more expansive “Wild Magic” show ran in the International Theater from September 2015 through March 2016. His history in the city dates to 1997, as a side act in “Jubilee” at Bally’s, the very model of such Vegas-style productions as Westgate is now planning for its theater.

If you ever want to encounter O.J. Simpson in Las Vegas, Downtown Summerlin seems the spot. Simpson, who reportedly lives in an estate at Red Rock Country Club, was spotted Wednesday with a couple of friends at Nordstrom Rack (one of his companions held a wad of cash and peeled off bills for as Simpson as he browsed). Simpson, wearing his unofficial O.J. uniform of a white Titleist visor and matching golf shirt, later held forth at Grape Street Cafe and Winebar for about six hours.

Simpson was said to be “friendly, even overly friendly,” by someone who met him at the restaurant.

Five million? The offer here is a cup o’ joe and a wooden nickel. Let’s tee it up.

Vegas native Franky Perez, country great Scotty Alexander, ex-”Jersey Boys” cast member Travis Cloer and Elvis impressionist Johnny Baron joined Frankie Moreno’s packed performance at South Point Showroom on Thursday night for a medley that included “With a Little Help From My Friends,” I Won’t Back Down” and “Stand By Me.” Moreno pointed out an audience member who was struck in the wrist during the Oct. 1 shootings on the Strip (the young woman did not want to be named, from the stage or in print), who was staying at the hotel as a guest of South Point owner Michael Gaughan … Vegas Golden Knight Brayden McNabbhung with friends at the third-deck pool at Topgolf Las Vegas on Thursday.