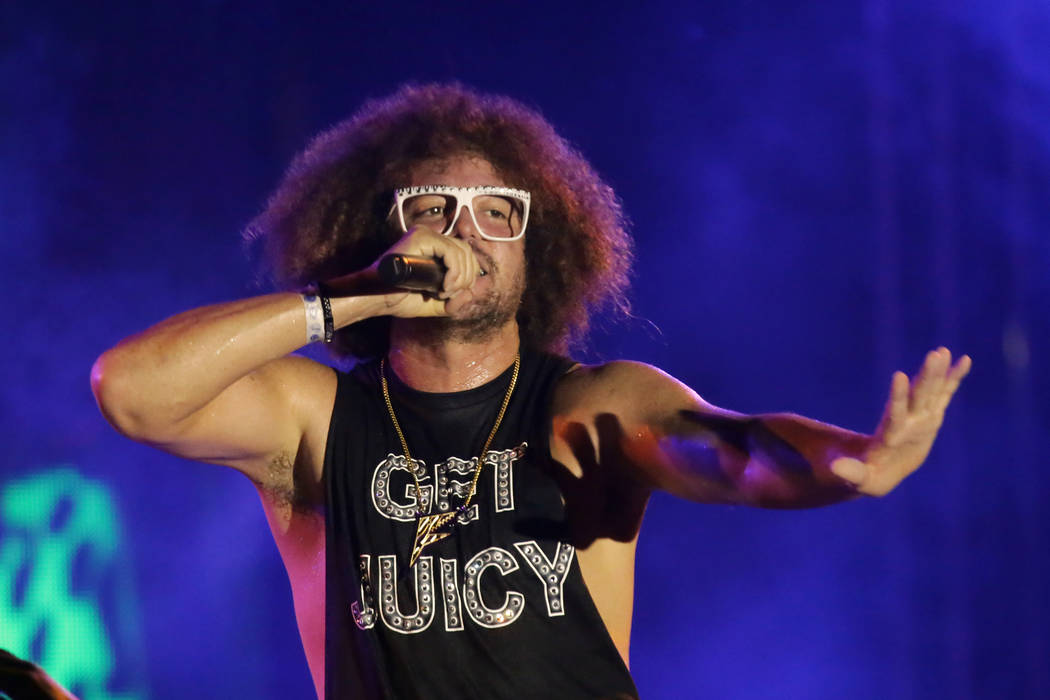 American rapper Redfoo performs during a concert Saturday, Oct 24, 2015, in Yangon, Myanmar. Redfoo perfromed Saturday with Malaysian and local singers and DJs at the International Music Festival (IMF) Electro Yangon 2015 and profits from the concert will be donated to recovery projects in flood affected regions in the country. (AP Photo/Khin Maung Win) 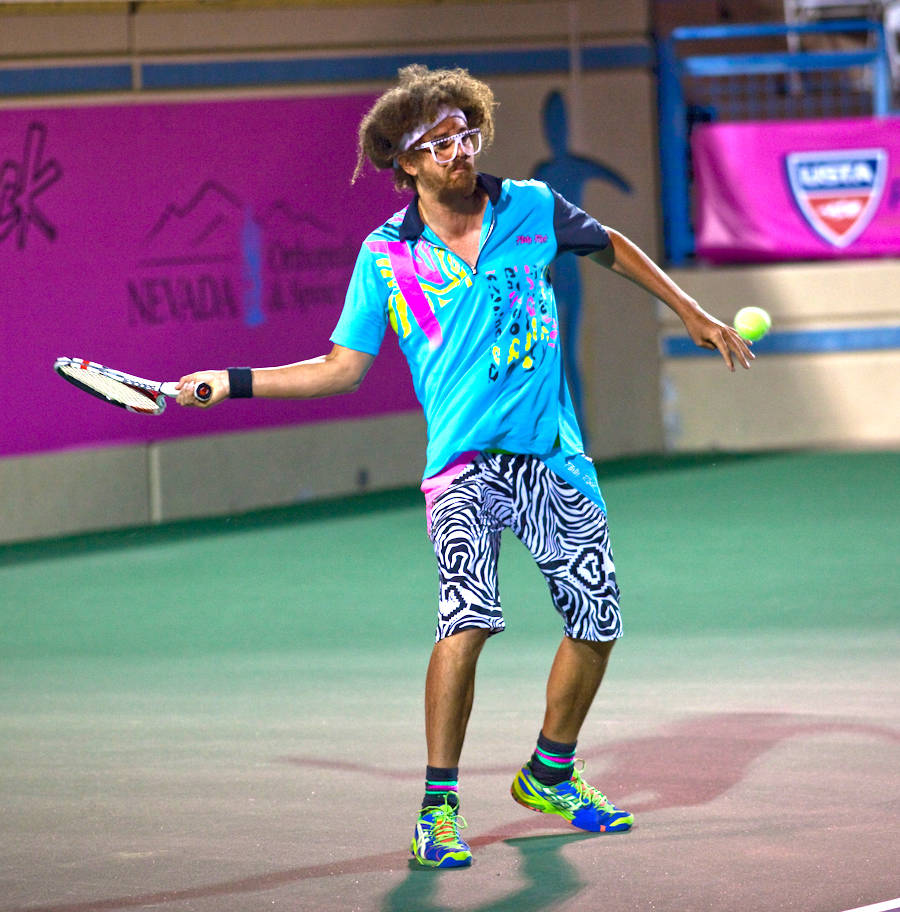 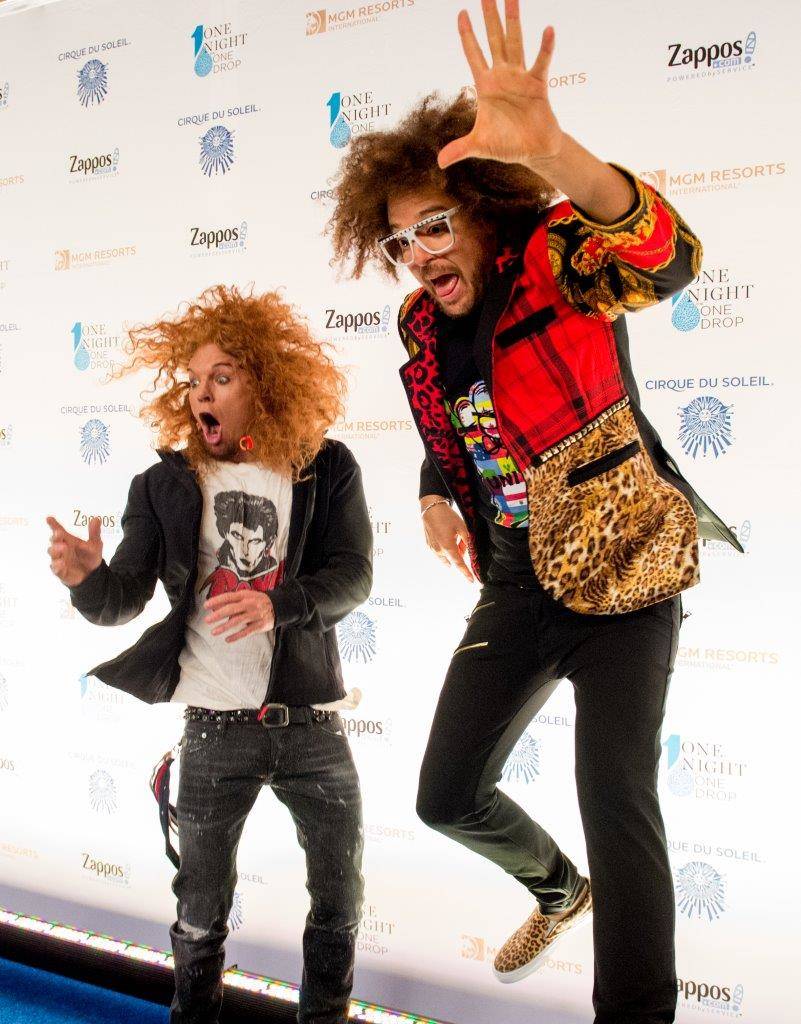 Carrot Top and Redfoo arrives on the blue carpet for the fifth-annual "One Night for One Drop" by Cirque du Soleil at "Zumanity" Theater at New York-New York on Friday, March 3, 2017, in Las Vegas. (Tom Donoghue) 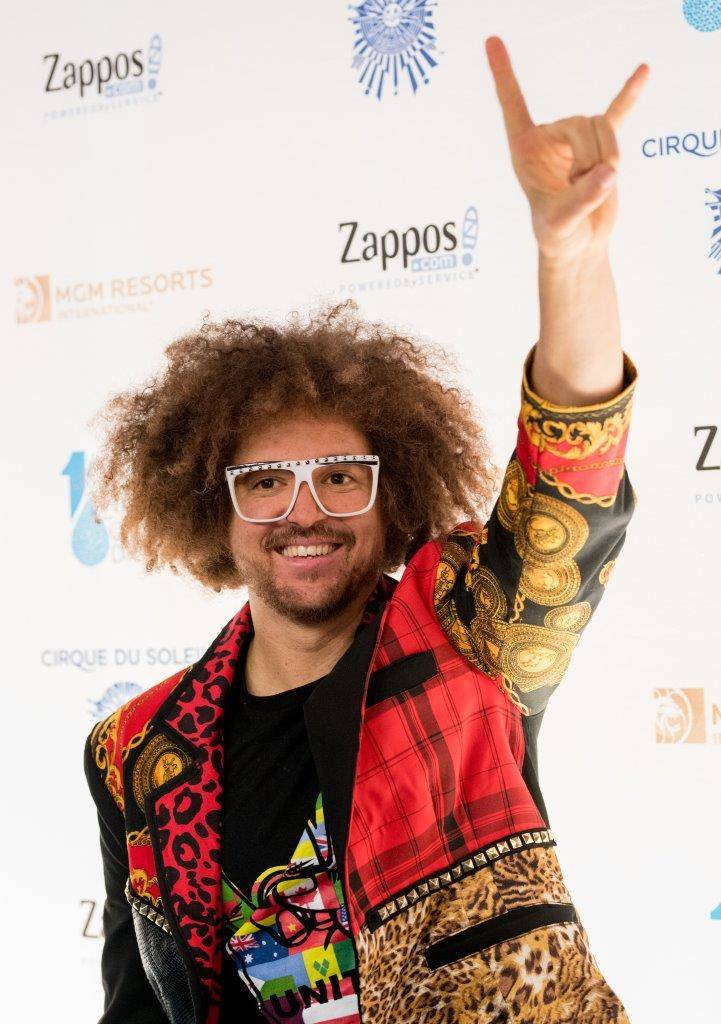 Redfoo arrives on the blue carpet for the fifth-annual "One Night for One Drop" by Cirque du Soleil at "Zumanity" Theater at New York-New York on Friday, March 3, 2017, in Las Vegas. (Tom Donoghue) 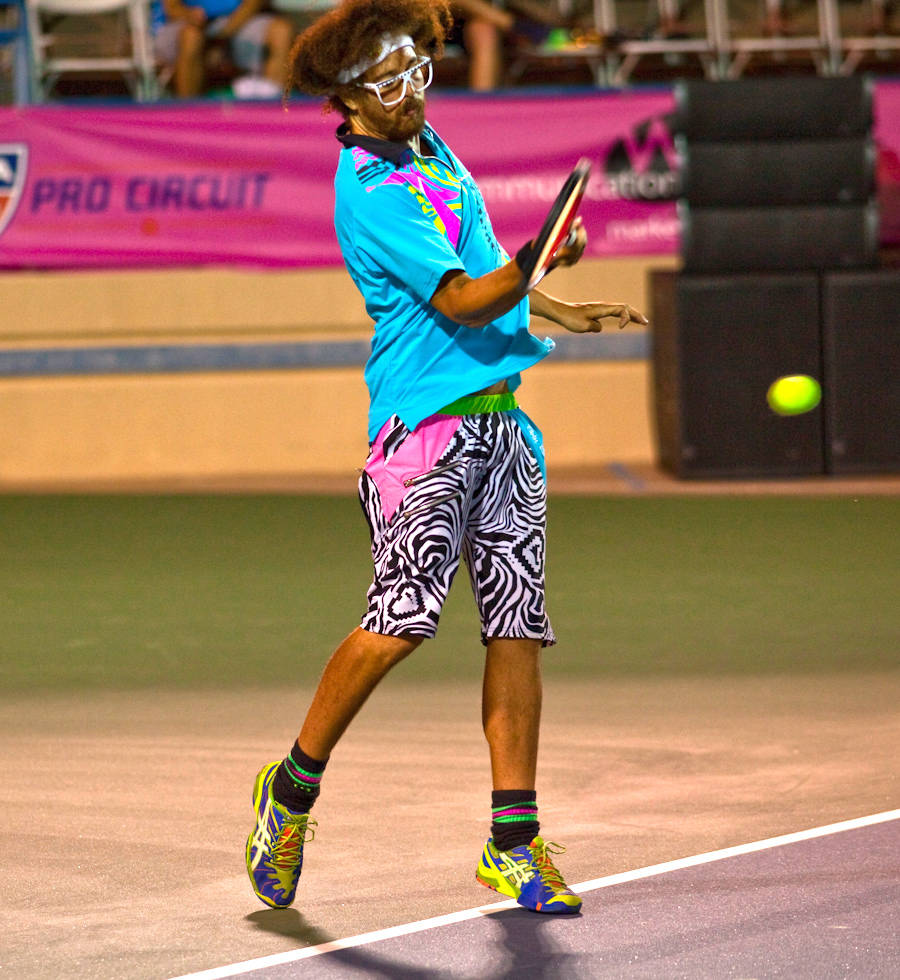 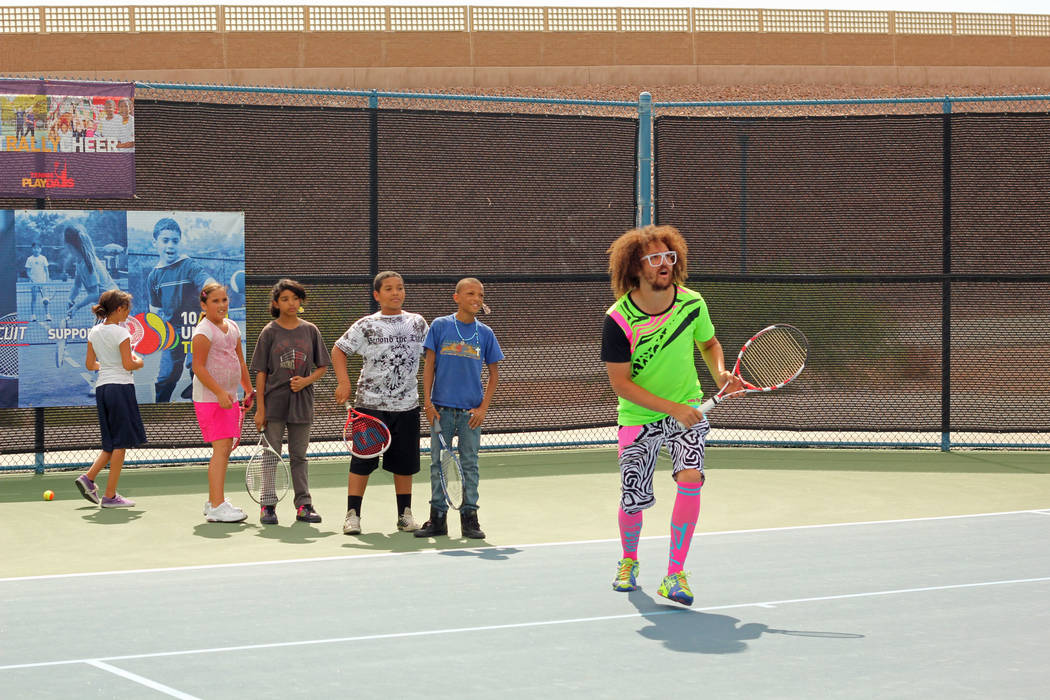 The rap star and son of Motown founder Berry Gordy has signed up as an assistant coach (and party purveyor) for the expansion Vegas Rollers pro tennis team.

Known as co-founder of EDM duo LMFAO and the aptly named party rock anthem “Party Rock Anthem,” Redfoo is a serious tennis buff who was a top-ranked youth player as a teenager. He still plays regularly today.

“I have always had a passion for tennis, I have been trained to play the game and I was a strong player,” Redfoo, whose legal name is Stefan Kendal Gordy, said in a recent phone chat. “I’m absolutely excited about being part of the team in Vegas.”

Wearing an Afro reminiscent of John McEnroe’s look early in his career, Foo (his shorthand nickname) is to appear at all Rollers home matches at Orleans Arena from July 20-Aug. 3. The team opens July 14 at fellow expansion team the Orlando Storm. The Rollers’ home opener is July 20 against the defending league champ Springfield Lasers.

The July 21 match against the visiting Philadelphia Freedoms will be telecast by CBS Sports. (Go to vegasrollerstennis com for team and ticket info.)

Foo’s overarching title with the Rollers is “Ace.” When not offering such tips as how to avoid a foot fault, or leading pre-game warm-ups (yes, he’s doing that), the veteran DJ will serve up between-game entertainment.

“I want to make it fun for the players, make it fun for the fans, whatever marketing I have to do in interviews or playing exhibitions, I’ll do it,” Foo said. “I might jump on the turntables and hype up the crowd. We’re coming up with creative ideas about how to put together events.”

The Rollers are the latest entry into the World Team Tennis league (WTT), the mixed-gender circuit founded in 1973 by tennis legend Billie Jean King, who actually tried to talk Foo into investing in the Orange County Breakers six years ago. Instead, the pop star turned his attention to Las Vegas.

Foo was already familiar with pro tennis in the city, having lent his brand to the Party Rock Open on the USTA Women’s Pro Circuit, held at Darling Tennis Center.

Foo, too, picked up a racket a few years ago and attempted to qualify for the U.S. Open in 2015, losing his opening-round match in straight sets at the qualifier in Salinas, Calif.

“I got into music and hadn’t played for about 10 years, so I picked up about seven years ago,” “Foo said. “I started playing again, I have a court at my house and I’m always hitting against the ball machine, hitting serves. I am a student of the game.”

“I’m going to be involved, helping wherever and however I can,” Foo said. “We want it rowdy in stands, we want to play the music. Vegas is a vibrant city, and we want to make the Rollers some serious fun.”