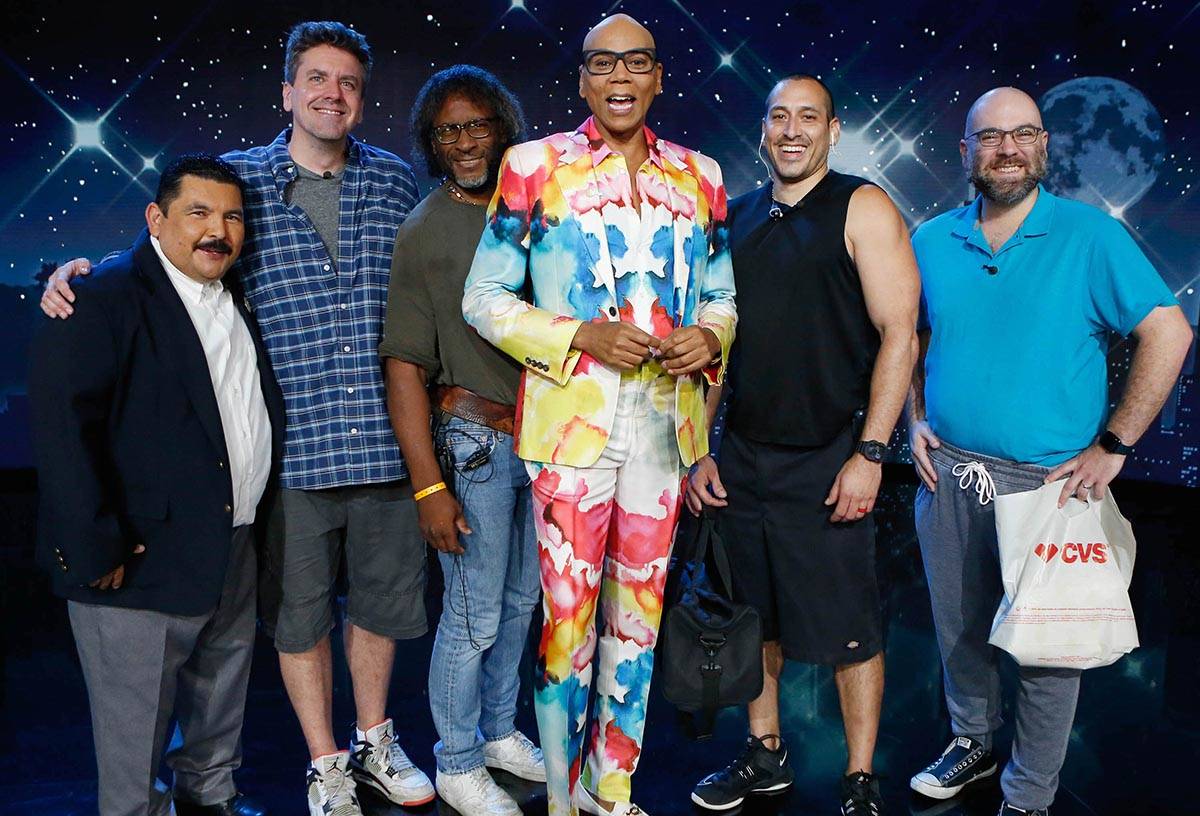 Drag icon RuPaul is shown with members of the cast and crew of "Jimmy Kimmel Live" on Thursday, Aug. 26, 2021. (ABC/Randy Holmes) 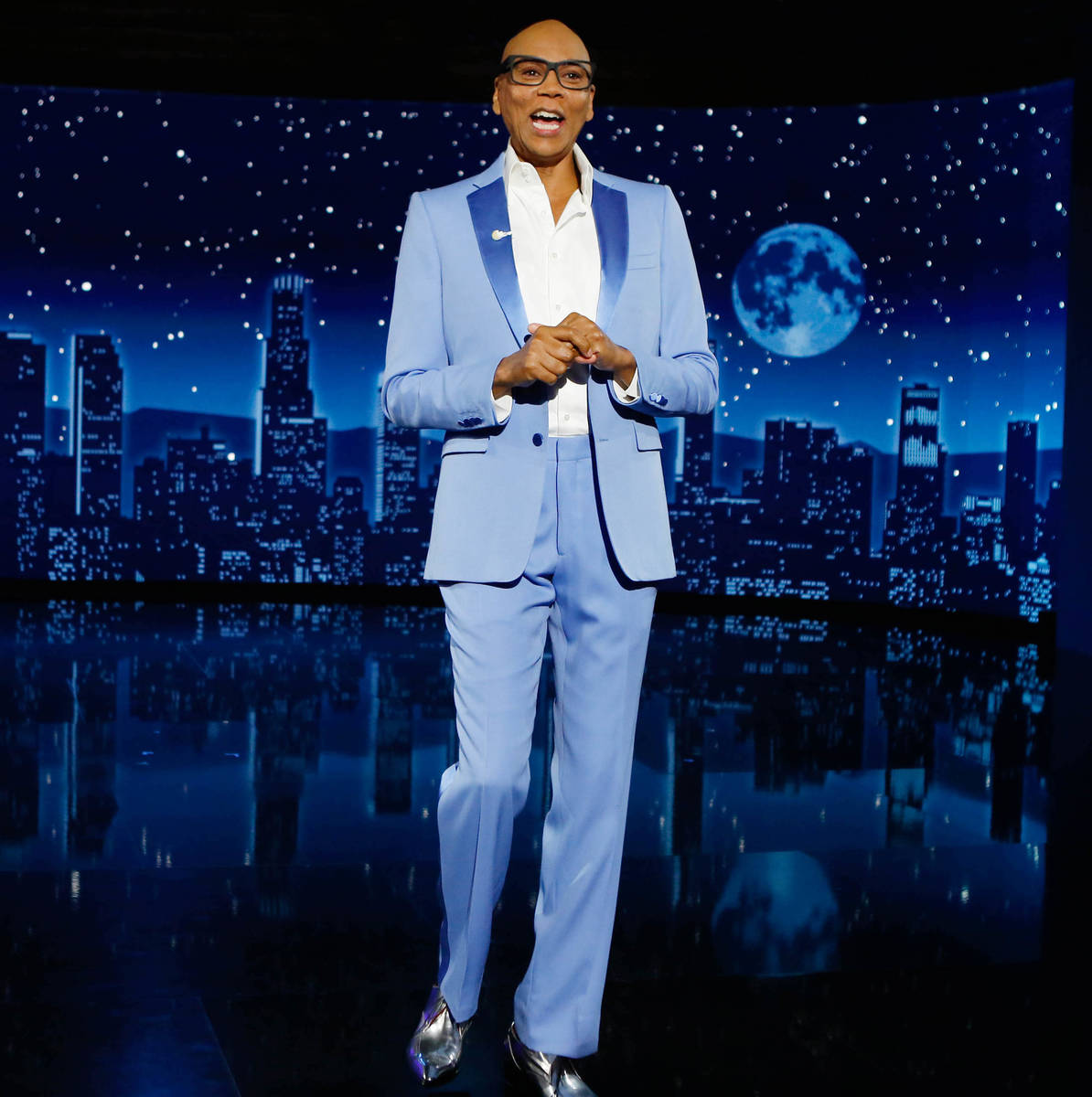 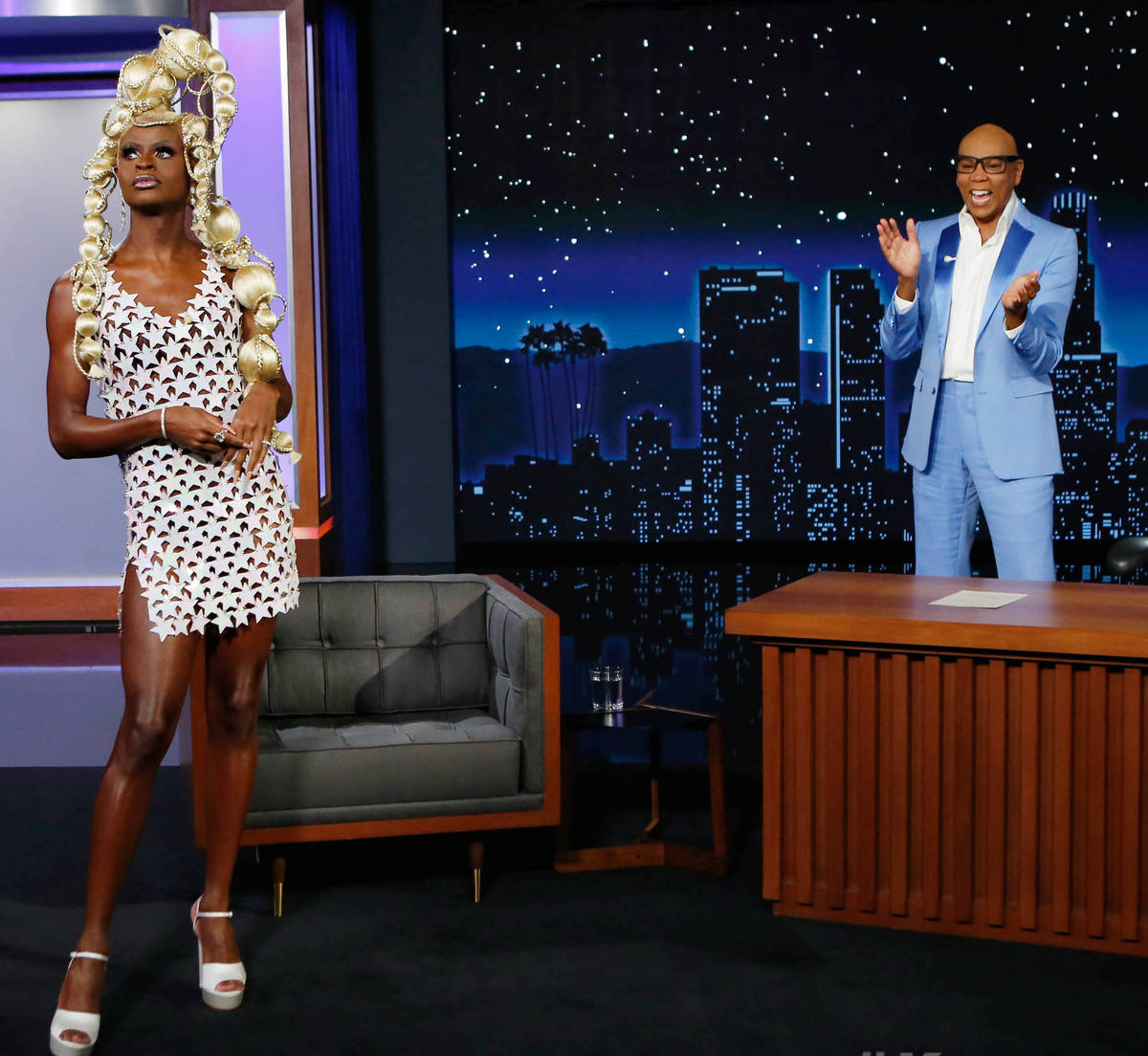 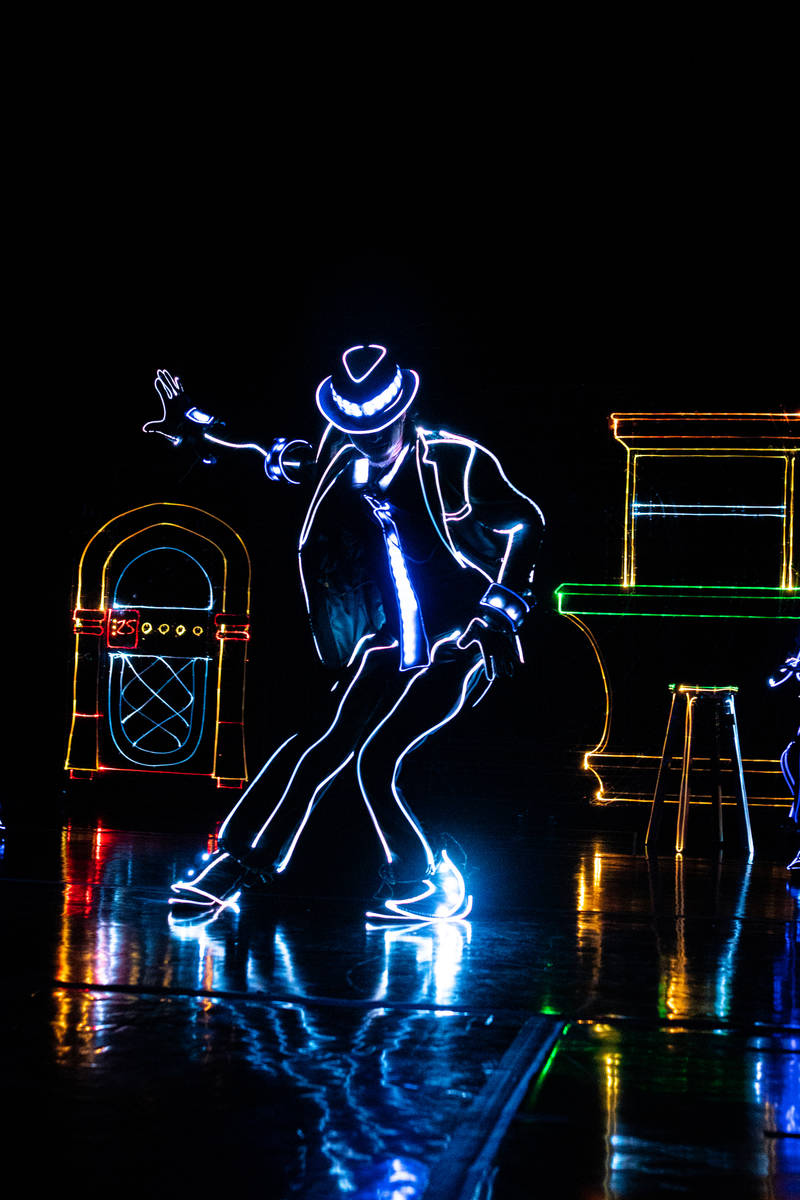 A scene from "iLuminate," which has opened at The Strat Theater. (JMP Force) 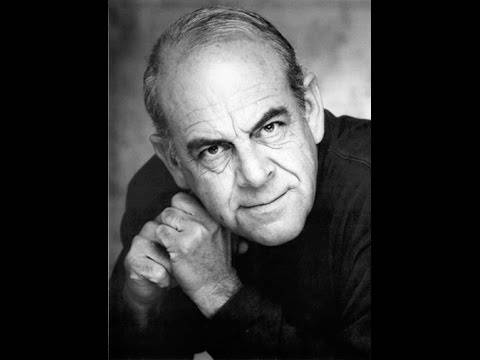 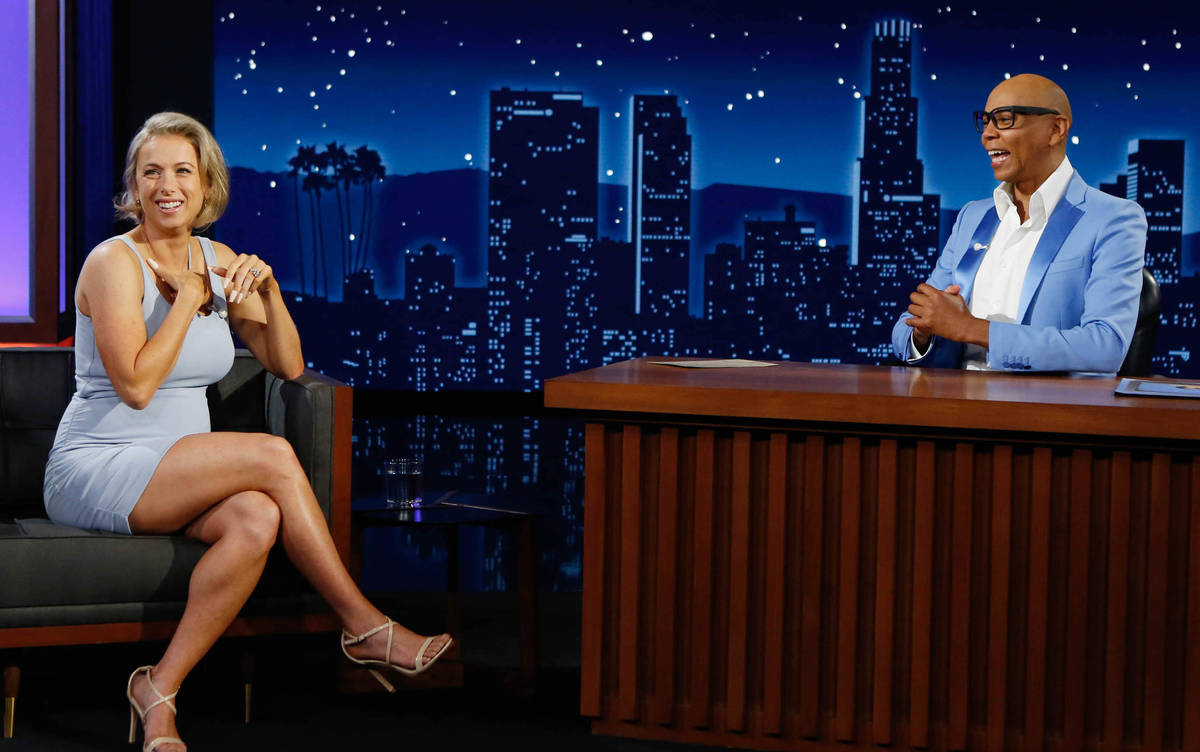 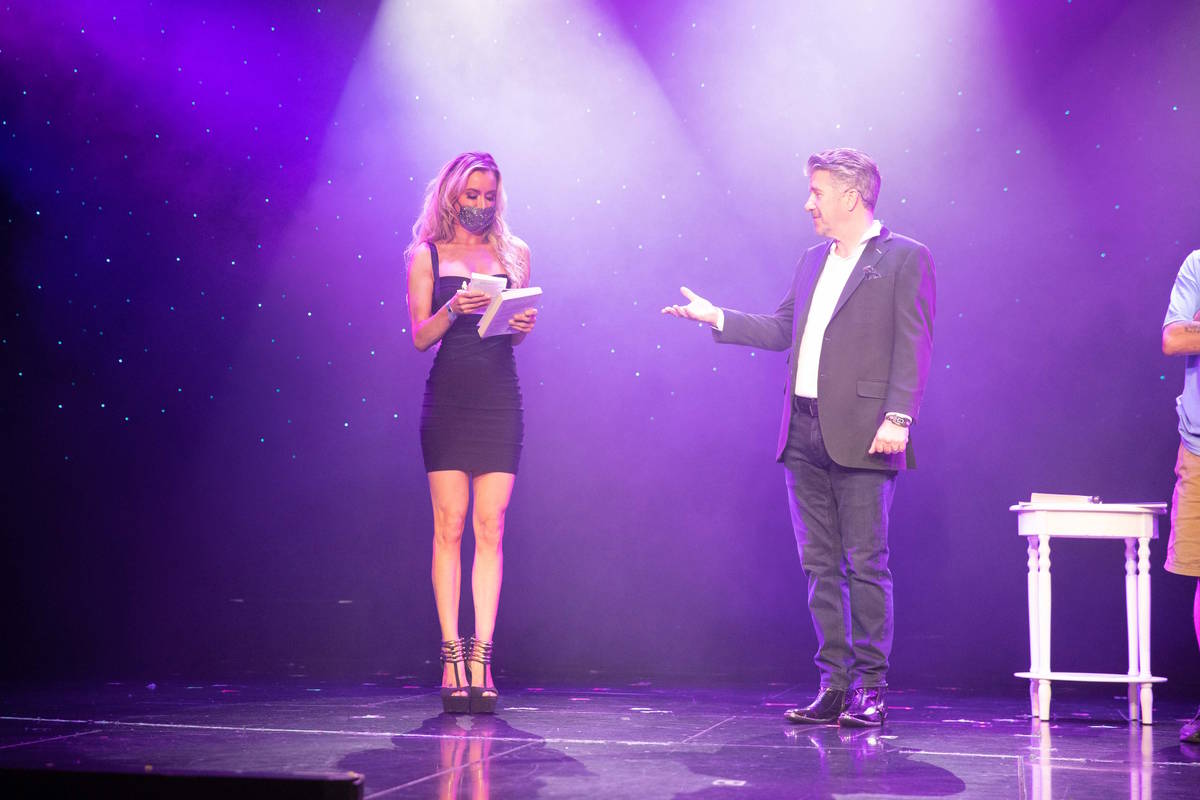 We speak of RuPaul, who took Kimmel’s seat Wednesday and Thursday as the host was on summer break. Ru has brought the unbridled “Ru Paul’s Drag Race Live!” to Flamingo Showroom this month (performances are 9:30 p.m. Thursdays through Mondays).

The founder of “Ru Paul’s Drag Race” was the last in a series of guest hosts filling in for Kimmel, who grew up in Vegas. He’s back as host of his late-night ABC talk show after Labor Day Weekend.

Over the two-night stint, RuPaul eschewed drag regalia. Instead, Ru was delightfully attired in a sky-blue suit Wednesday; and a splashy, multi-colored number on Thursday.

“You should never have more drinks than there are flight attendants on the plane.” And, “Keep your carry-on baggage in the overhead compartment, and keep your emotional baggage to your own damn self.” And, “You don’t own the plane. You don’t make the rules.”

Iliza Shlesinger, headlining Mirage Theater this weekend, was a guest Wednesday. She showed up in a matching light-blue dress, saying, “We look like a couple at Gay Prom.” RuPaul answered, “But it works! It works!”

“Representation matters,” Ru said in his monologue from Thursday. “Yes. I mean, you know, black gay men deserve to get indigestion from a chicken chalupa just like everybody else! That’s called equality, ladies and gentlemen!”

The show also staged a “Ru Paul’s Plain Clothes Drag Show” satire of “Ru Paul’s Drag Show.” As a Kimmel staffer took the runway, the drag star announced, “Meet our first model, Mike. He’s in a polo and sweats, and baby, I’m sweatin’, too! Is that a drawstring, Miss Thing?”

Ru knows how to dress, yes, but the humor drives the show. I actually like Ru better outside the gowns, but what do I know? I can tell you the “Live!” production has been a hot ticket since it returned. Funny sells.

The other day I mentioned to a friend that Banachek had opened at The Strat, and he said, “George Peppard?”

Banachek is the award-winning mentalist and new headliner at The Strat Theater. The award of which we refer is Mentalist of the Year by The International Magicians society. They are known as the Merlin awards, handed out to the mainstays of magic since 1968. The organization boasts more than 57,000 members. Not all are mentalists, but it is a big deal and certainly a boost to Banachek.

The veteran entertainer is taking on his first headlining show, in the 4 p.m. slot (dark Fridays) after working over the years to develop acts with Penn & Teller and Criss Angel. Angel himself was at Thursday’s VIP show, as was fellow mentalist Colin Cloud of Shin Lim’s headlining show at The Mirage and Notoriety Live at Neonopolis headliner Vinny Grosso.

Around the room, cast members from “Thunder From Down Under” at Excalibur and”Fantasy” at Luxor were in the mix. “Fantasy” featured dancer and associate producer, Mariah Rivera, was called onstage (randomly, we deduce) to select a word from a book. Banachek guessed that word, “Lotion,” which — as it turns out — is available in every room at The Strat.

The resort is happy to take on the mentalist headliner. The Strat Vice President and General Manager Stephen Thayer, along with SPI Entertainment Senior Vice President Alex Schechter welcomed Banachek to his new residency. The show is helping fill out the theater’s wide-ranging schedule, which includes a new show mentioned in the next item …

The brainchild of choreographer and computer coder Miral Kotb, “iLuminate” premiered Thursday night at The Strat. The show runs 10 p.m. Wednesdays through Sundays.

We have caught a segment of the luminous production, performed in the dark by a dance troupe in LED-trimmed suits. It’s a bit like the flashing costumes used in the “Billie Jean” number at “Michael Jackson One,” with a splash of more color and, of course, a longer presentation. The show invokes LED set pieces and a high complement of humor, from Vegas comedy couple couple Matt Morgan and Heidi Brucker Morgan.

There is nothing quite like “iLuminate” in town, adventurous and dazzling but also a challenge to market. It’s a show that needs to be seen to appreciate, and will need to find an audience largely through word-of-mouth. That process starts starts … about now.

Vegas lost a member of its golden era last Saturday with the passing of Mike Kennedy at age 82. His wife, Carole, was at his side. Services are scheduled for 3 p.m. Sunday at Desert Spring United Methodist Church in Las Vegas. Kennedy was an actor of great merit, who won a Lone Star Film & Television Award for Best TV Supporting Actor for the 1995 TV movie “Texas Justice.” His is also the father of Vegas TV producer and column fave Marklen Kennedy (“Gigolos,” “Texas Rising” and “Labor of Love”).

Kennedy’s major film credits include “JFK,” “Nurse Betty,” “LA Confidential” and “Nixon.” He also appeared on “Dallas,” “Bonanza,” “ER” and “Matlock” and was a busy commercial and voice-over actor.

He moved to Vegas in the ’60s, and was a “shill” for Rat Pack performances, planted in the crowd to laugh, clap and play along with all the hi-jinks. He would sing, too, when not working at the Max Factor outlet at the Stardust.

Kennedy also played the “role” of starlet Kim Novak’s regular steady, so her affair with Sammy Davis Jr. could be kept a secret. He should’ve won an award for that one, too.

Kennedy’s final performance was a film called “Big Life,” alongside Rich Little and Robert Davi, scheduled for release in 2022. The project was shot in Vegas.

“Dad loved Vegas,” Marklen says. “He rode the hell outta this life till the wheels fell off.” 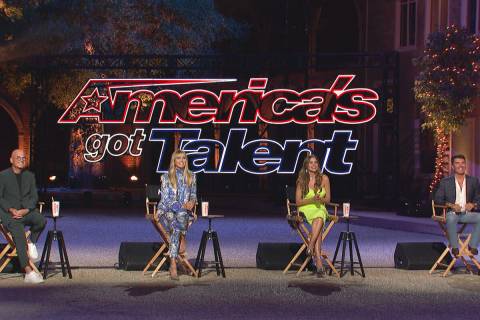